In the tradition of December “best of” lists, Bresslergroup staff came together to discuss the biggest innovations of 2013 and narrow them down to the ten most significant regarding their influence on product design.

The following nominations come from all of us, and we kept the requirements loose on purpose — some are products, some are product categories, and some are new technologies and trends. They’re in no particular order. Enjoy, and let us know what you think!

Why: The shift from physical to digital interaction is well in place for smartphones and tablets, and it continues to seep into other industries including medical and healthcare. Most medical devices are about to undergo facelifts, and doctors and nurses will begin to interact more and more with their devices and equipment using touch-enabled interfaces. This is likely to attract extended scrutiny from FDA and other regulators seeking to control applications of user interface in the medical and healthcare realm. 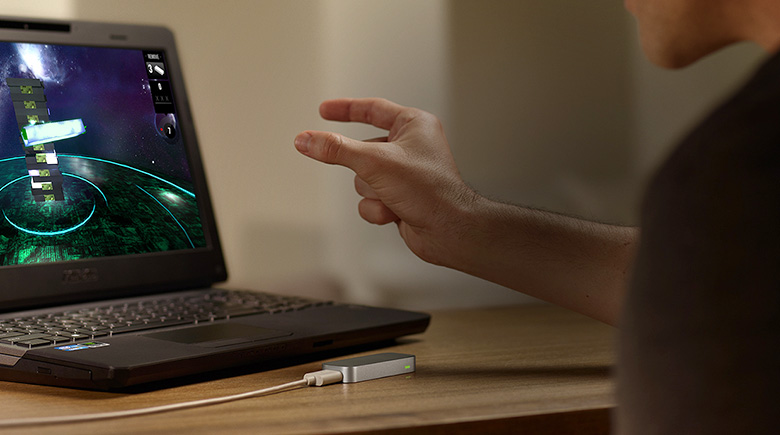 Why: For less than $80, the sleek, light, and tiny (just three inches long) device brings gestural control to almost any PC interface. It takes up hardly any space on your desk — hand and finger gestural inputs take place in its air space. The current experience is far from perfect, and arm fatigue can also be a problem. After you’ve left Leap’s stunningly smooth and fluid orientation app, you’re likely to find that using a three-dimensional input device is more frustrating than Tony Stark made us believe. However you can’t deny the coolness of this interface and its impact in helping software developers visualize the bigger potential of a motion-controlled future. Inexpensive cameras coupled with plunging computational costs will continue to enable novel interfaces in all sorts of products.

3. The FDA announced they’re going to scrutinize mobile medical apps that serve as an accessory to a regulated medical device or transform a mobile platform into one.

Why: It’s significant that the FDA is approving medical apps at all — it’s going to be a pretty different experience when your physician diagnoses your symptoms and prescribes a smartphone app instead of a round of antibiotics. Expect to see more useful apps that help patients manage their conditions or diseases; track and organize health information and provide interaction with Electronic Health Records (EHR); and help patients communicate with health care providers. 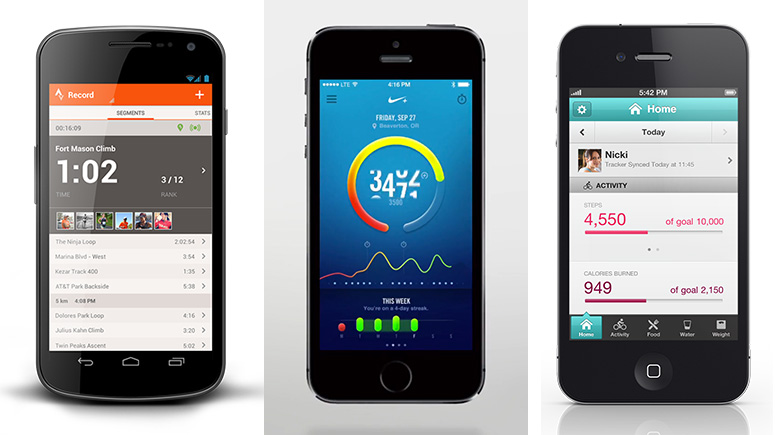 4. The mass emergence of quantified-self tools and applications.

Why: We’ve been measuring ourselves (scales, standardized testing) for years, but last year the quantified-self trend reached a tipping point in terms of superior technology and user interface. Devices became smaller and more wearable, and UIs for mobile and Web apps — dashboard data visualization — evolved. (See Fitbit, Strava, and Nike+.) Enabled by smarter connectivity with smartphones and other devices, more consumers adopted the lifestyle. And while some of it may seem excessive (smart diapers?), the metrics keep getting more interesting. All of this heralds a signpost in the journey from niche movement to societal norm and a giant step closer to the day when everyone will have his or her own personal dashboard to track everything from fitness to cognitive health.

Why: With Bluetooth low energy technology becoming cheaper and easier to implement, smartphones and tablets are becoming our primary user interface input and output — via apps, they feed us data about our pet feeders, coffee machines, and thermostats while these other products evolve into simpler devices with embedded technology. Our smartphones will increasingly become our control center while other products are “defeatured” accordingly and will probably disappear from view in the very near future.

This trend contributes to the ongoing, massive shift in our everyday product usage from physical to user-interface interaction. It’s also a huge branding opportunity for manufacturers who will jump at the occasion to use smart devices as portals to most of the products around them. It provides the ideal platform to sell services or to keep the customer engaged with the brand by creating a seamless connection between the product and its online brand presence. 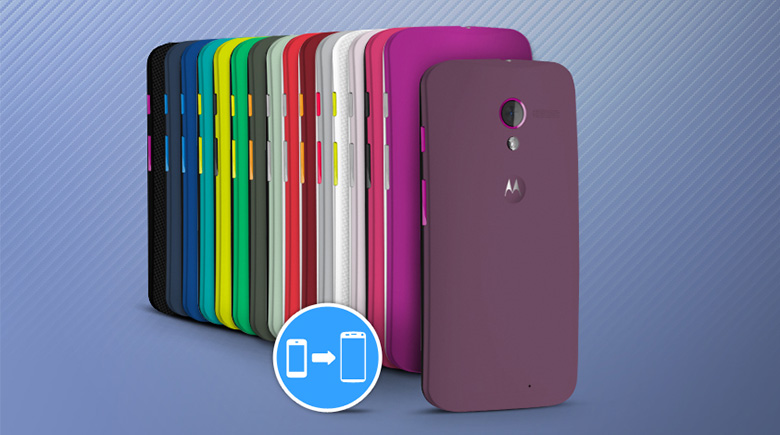 Why: The Moto X is the first color and finish-customizable smart phone that’s actually assembled in the U.S. With a choice of eighteen back colors, two front colors, and seven additional accent colors, Motorola claims 504 possible combinations. Gold and wood finishes are also rumored to be in the pipeline. We ordered one online via the Moto Maker site and received our personalized phone within four days. It’s encouraging to see the new Google-owned Motorola leveraging flexible manufacturing in Texas to deliver this rapid response customization (probably not possible with a Chinese-assembled product).

7. Great leaps were made in rapid domestic injection molding.

Why: This will initiate a gradual shift toward more domestic manufacturing, starting with lower volume production. China has enjoyed great growth fueled by its lower labor rates and has inherited most of the world’s manufacturing business, but the country has been slow to improve how it does business. It still takes ten to twelve weeks to get production tooling made overseas.

Today and in the near future, these long lead times will prevent being first to market, and a lot of American companies are considering new business models where production remains domestic and can be accelerated. We have seen it with Google trying to manufacture their Orb in California, and we have seen more of our own clients integrating domestic manufacturing into their business plans. 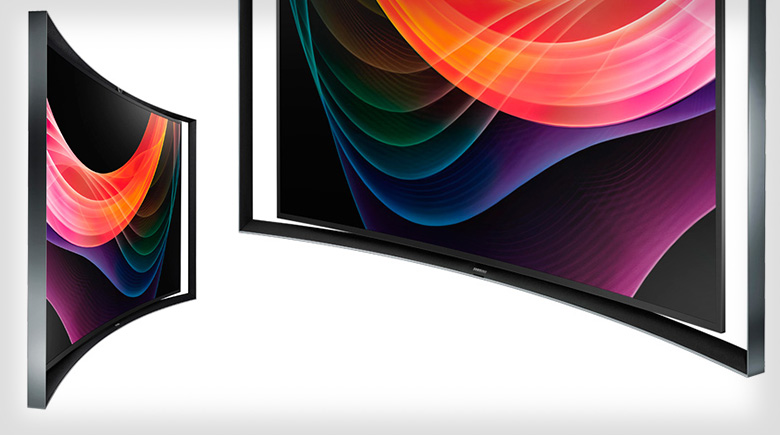 Why: In 2013 we saw the first commercial application of curved display technology. Flat actually never made the most sense for any device — it’s just a consequence of the manufacturing process. Three-dimensional displays are much better suited to humans’ needs.

Why: This massive life cycle dataset put out by a partnership between the Swiss government and a number of universities forms the backbone of much of the life cycle analysis done all over the world. Version three, released in 2013, is the first update in more than five years. This database will make life cycle analysis more accurate, transparent, and accessible over the coming years. 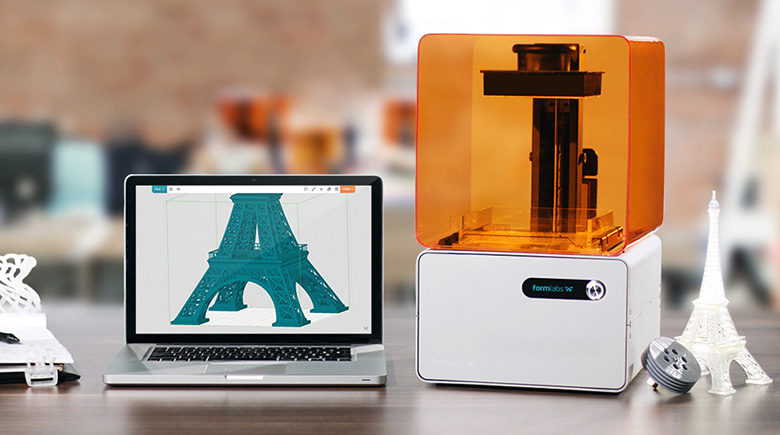 Why: There has always been more diversity in printing methods with commercial 3D printers, but Formlabs is the first low cost machine to do stereolithography or SLAs. This method uses a steered laser beam to harden patterns in a photochemical resin and can produce 3D prints with much finer resolution than FDM 3D printers. FDM printers, like the Makerbot, squirt little lines of plastic out of a nozzle layer by layer and are better for more utilitarian parts. We love SLAs for prototyping injection-molded parts, especially since parts often have features that are too fine for an FDM print. We expect a continued trend of other 3D printing methods enabled by lower-cost, easier to use machines.