In our second year doing this exercise I’m pleased with how accurately it reflects the way we work — research-heavy and in integrated teams — as well as the way we evolved in 2014. A list heavy on embedded interactive technologies seems about right since 2014 saw the establishment of our in-house Electrical Engineering discipline and a critical mass of clients coming to us with projects merging the physical and digital.

But enough about us! The following nominations were crowdsourced from the whole company, and as with our 2013 list we kept requirements loose — some are game-changing products, others are overarching trends. They’re in no particular order. Enjoy, and let us know what you think. (Tweet us.) 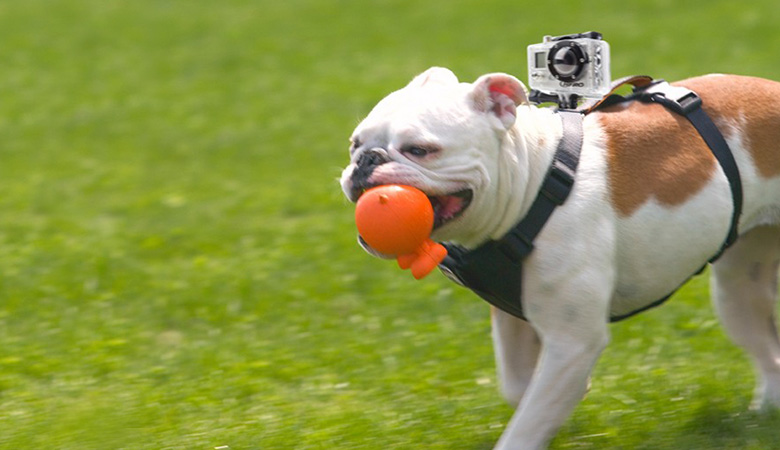 What used to be a difficult and time-consuming task — gathering user data around the world — has become relatively easy and quick. No need to travel, or send expensive hardware. Virtually everyone these days carries still and video cameras wherever they go, and thanks to social media, they’re accustomed to sharing seemingly every thought and action. This is a trend we as product developers are able to capitalize on while gathering critical user feedback at every stage of the design process.

Potential users are documenting their product experiences and feeding it back to us almost instantly. The popularity of GoPro and personal drones is an extension of this trend. (We could even gather feedback from a dog’s POV, if we wanted to.) As people become more accustomed to using these products, as seems inevitable, we expect to see more and more ‘user’s eye view’ and even third person ‘bird’s eye view’ coverage of user experiences to fuel our product design decision-making. 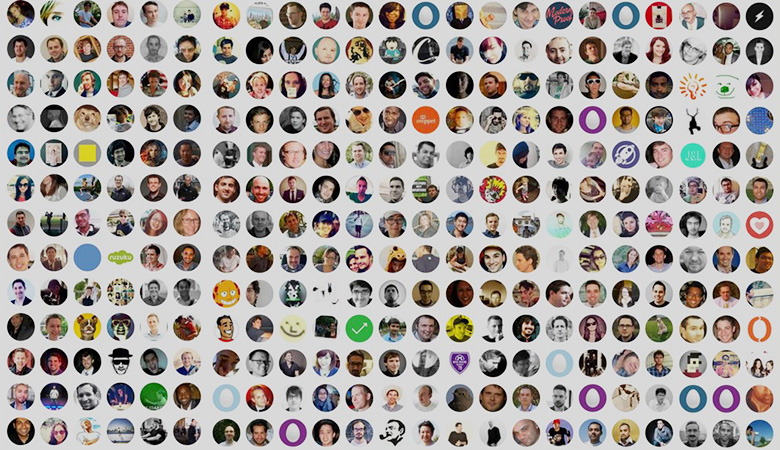 2. Designing with people (as opposed to for people) became more mainstream.

The concept of co-designing, where product development decisions are distributed to a community of people from mixed backgrounds and collected to disintermediate the development process and move customers from consumers to co-creators, nudged closer into general practice from theory.

In fashion, “pretailing,” where the general public has a voice in which designs are produced, gained steam. In the tech and innovation space, Product Hunt became huge fast by relying on a community of “product-loving enthusiasts” to upvote the best new software and hardware products. Startups took to soft-launching there in order to gain quick, expert user feedback.

(Read “Designing To Co-Designing” for context on this user research trend.) 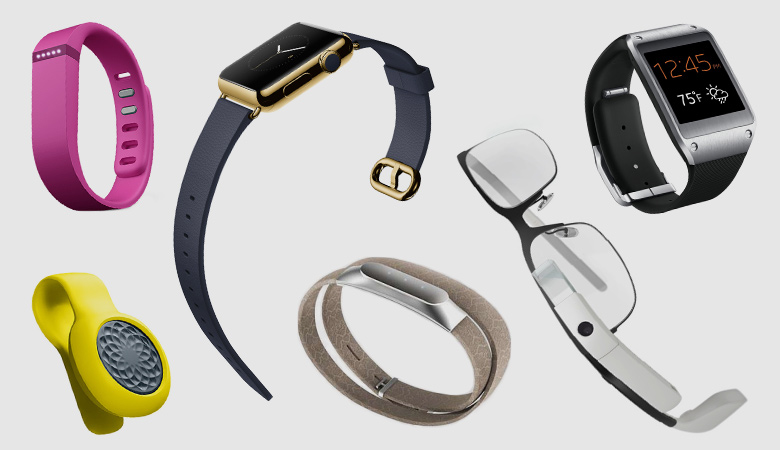 3. Wearables kept on keeping on.

The unveiling of the Apple watch and other very low-cost fitness bands (Mi Band, Pivotal Living, Jawbone UP MOVE) in 2014 showed that consumer wearables are here to stay, and that they continue to struggle to find their footing. Companies want to find meaning in wearables, but the right solution continues to elude us. Earlier this year we posited in a blog post that people are abandoning their wearables soon after the novelty wears off because the devices are too technology-driven.

In 2015, perhaps wearables will evolve toward forging real emotional connections with users and toward really helping them change behaviors. Maybe that will come in the form of providing incentives beyond social sharing and friendly competition. We’re on the edge of our seats. 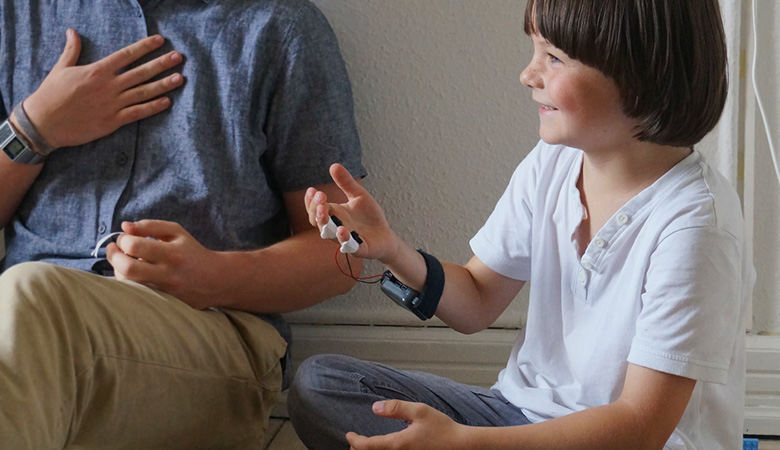 Mash together selfie culture, the rise of wearables, and co-designing, and what do you get? Wearables designed to produce data expressly to inform product development decisions. MPath’s skin conductance sensors do just that — and point toward the future of data-driven user research tools and techniques. 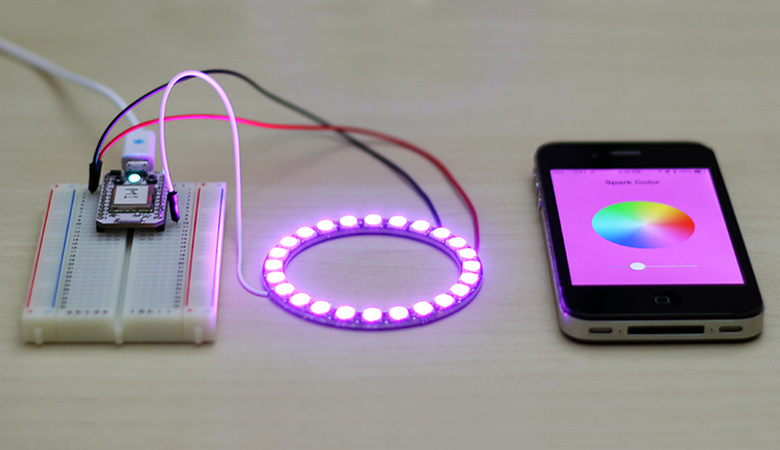 5. Cheaper parts and services plus a growing DIY ecosystem fanned the IoT’s flames.

Ubiquitous, cheap Wi-Fi modules, and associated cloud services really came on the scene this year, changing the way we look at every appliance, utility, and consumer infrastructure device. Only a year or two ago, adding WiFi to a product would have cost almost thirty dollars in bill of materials, and there were no real players providing cloud services to connect the devices into a usable service. Now there are modules that cost less than five dollars and a growing group of ‘Internet of Things’ cloud service providers for connecting all these devices into usable end products for consumers.

Meanwhile, chip manufacturers are either hopping on the bandwagon or falling behind. Those on the bandwagon are developing relatively small integrated circuits that have been making it progressively easier to connect “dumb” devices to the Internet.

The number of clients who came to us in the past year requesting connectivity for traditionally “dumb” devices grew significantly.

2014 also saw the launch of a number of DIY kits (Spark, Little Bits, Smart Things) that put home intelligence in the hands of pro-sumers. Just as we’ve seen with the consumer 3D-printing market over the last few years, this one’s approaching saturation. To us, this portends a near future when people won’t consider appliances and home services that don’t provide this technology and a mobile app to talk to it all. We will have smarter, more energy efficient home appliances and devices — and easier ways to use them. 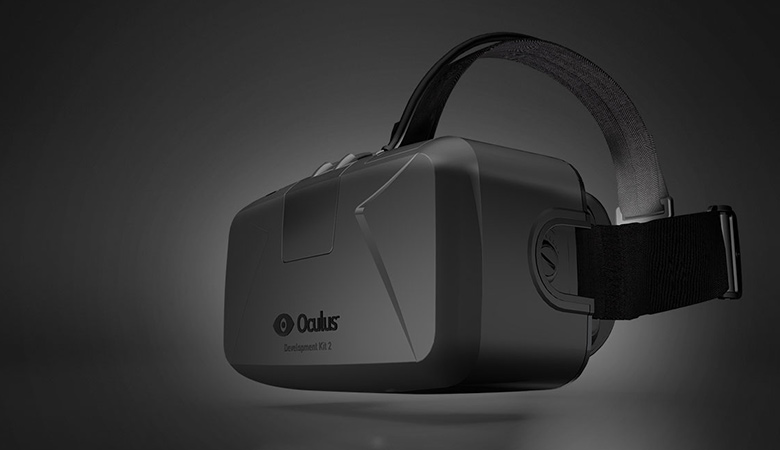 6. Virtual reality re-emerged as the next truly immersive user interface.

Virtual reality isn’t new. It’s been around since the ‘70s. But it’s always been clunky and bulky, which is why it never really caught on. The Oculus Rift is closer to getting everything right. In addition to having high quality LCD OLED technology, it’s lightweight, integrates with other technologies such as augmented reality, and has open-source APIs to develop games, apps, etc. In 2014, Facebook bought Oculus for $2 billion — a purchase that, according to all parties, is certain to accelerate the everyday reality of virtual reality. 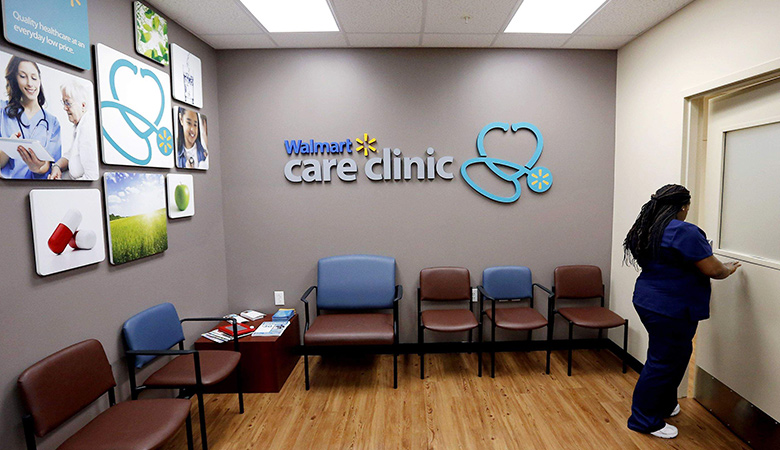 7. The store where you buy diapers and birthday cards started selling healthcare.

In 2014 Walmart, CVS, and Apple got into the healthcare business. Walmart and CVS opened clinics (and CVS stopped selling cigarettes), and Apple’s new iOS 8 launched with a new health app. We’re seeing a huge increase in the types and numbers of medical procedures moving from in-patient to outpatient settings, including more home-use treatments by family caregivers and patients themselves.

The cable wars clearly demonstrate that the company with the strongest connection to the customer wins in the end.

Twenty years ago, none of us would have predicted that a phone company would be providing home entertainment or that cable companies would be providing phone and network access. In hindsight it makes perfect sense. Momentum is building toward a future for healthcare systems where Walmart, Samsung, Amazon, Apple, IBM, and Verizon have leading roles in our healthcare delivery.

What does this mean for product developers? Med-sumer products — or medical devices designed for consumers — will become more in demand. Fifty years from now, we may be designing at-home tumor biopsy kits and cardiac stents for sale at CVS. … Can you buy that? 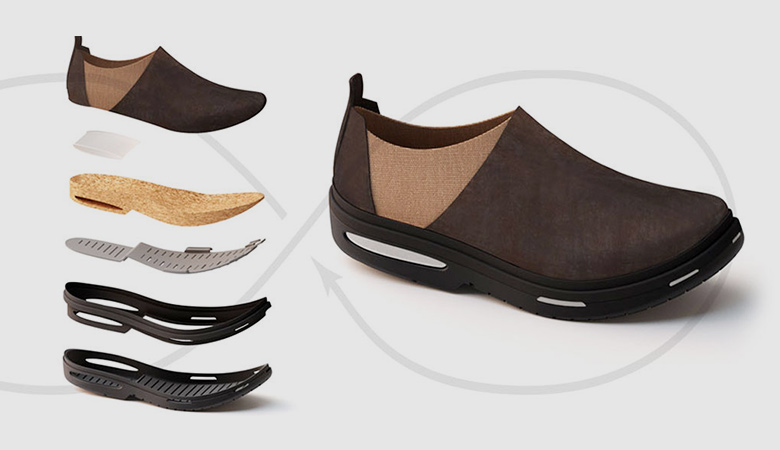 Glue is the dirty secret of the footwear industry. Not only are the solvents used incredibly toxic but once the various materials in a shoe are glued together, there is essentially no way to reuse or recycle them. Starting with this problem, Lyf Shoes created a modular shoe system with no adhesive. Not only does this address the issue the company set out to solve but it also creates an incredible host of other opportunities.

The individual components can be customized to your feet and gait. They’re manufactured on demand in the retail store on a 3D printer, thereby eliminating much of the shipping costs and environmental impacts. They can be returned to the store for a discount on your next pair, after which they’ll be disassembled and turned into new shoes. Speaking of that next pair, they can be further customized to your feet based on data contained in a microchip in the heel of your previous pair.

The system is closed loop, local, and environmentally friendly. This is the type of disruptive sustainability innovation that should always be a product designer’s goal. 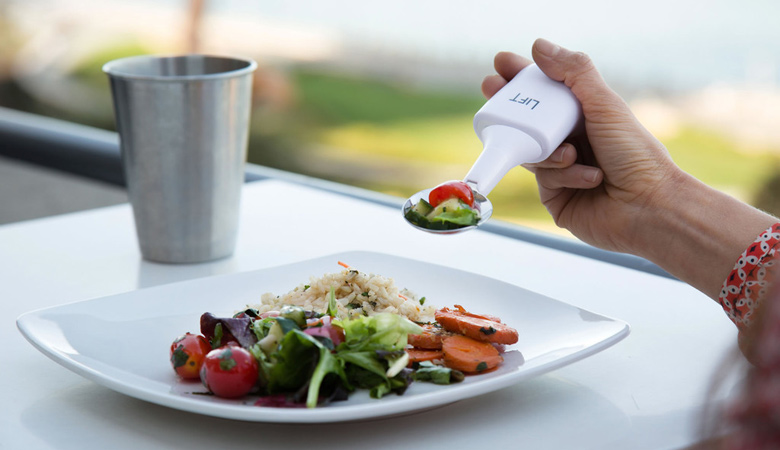 9. Technology was used for positive and immediate impact.

LiftLabs applied stabilizing, motion-sensing electronics to Liftware, a versatile cutlery handle designed to improve quality of life for Parkinson’s and Essential Tremor sufferers. The rechargeable handle detects hand tremor and quickly responds to cancel up to seventy percent of unwanted hand motion while eating. No surprise that this startup was snapped up in 2014 by Google’s biotech division.

It’s also a great example of the technical innovation that can result when an engineer applies knowledge from one industry to the next – Liftware’s inventor got the idea while working for the Army Research Lab on technologies to stabilize rifles in combat. 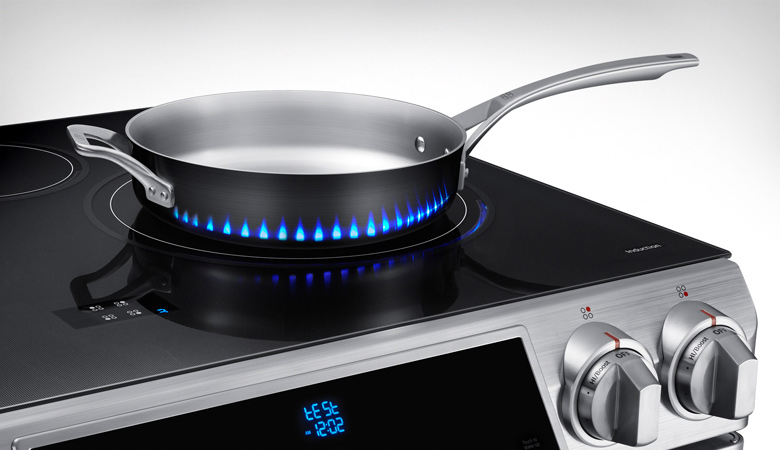 Induction cooking hobs have come a long way in terms of performance, and some say their responsiveness is now better than cooking with gas. However one major element was missing: The technology failed to provide users with the feedback they needed to easily control it, and this prevented wide acceptance of the technology.

With its Chef Collection Induction Hob with Projection LEDs, Samsung continues to feed the kitchen space with technical innovation. Blue LEDs project up from each hob and onto the side of the pan, providing an intuitive visual indicator of heat and levels of heat. Buying induction no longer places high demands on the user to relearn how to control and manipulate a stove.