We cast a wide net every year when we come up with this annual list. All of the following (and more) qualify as innovations: a new technology; new legislation; a new game-changing product; a pop-cultural moment that advanced a trend. 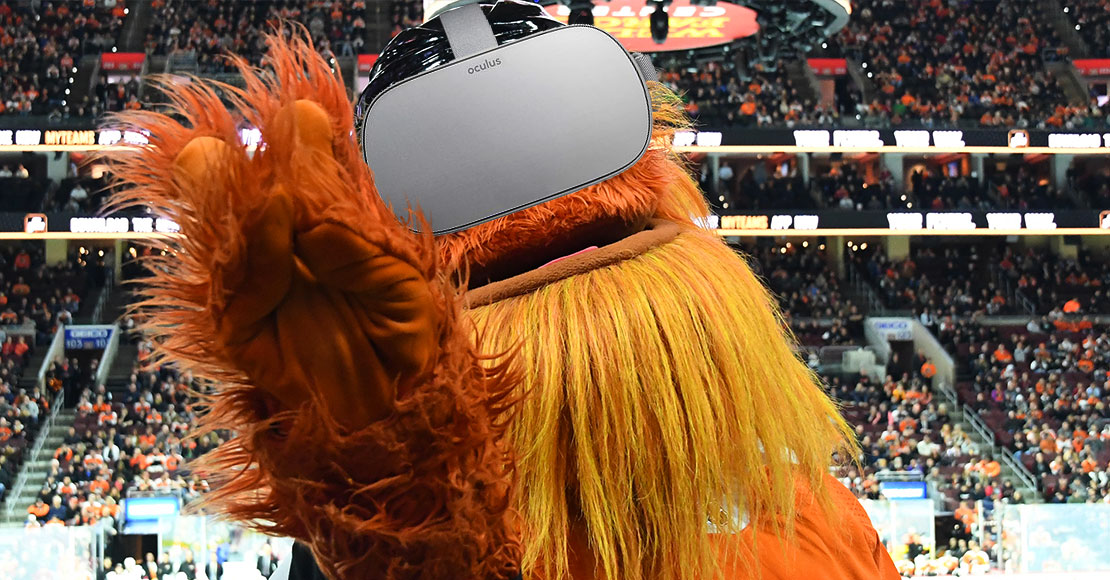 With such a broad definition of innovation, and with so many points-of-view invited to contribute, the nominations always vary widely. At least one for Gritty, the Flyers’ complicated and beloved new mascot, came over the transom. Among the rest were Oculus Go, the integrated and affordable VR device that made virtual reality more accessible in 2018 to more people (and, perhaps, mascots?).

By setting the standard for high performance while remaining fairly affordable, Tesla Model 3 claimed market share from BMW/Porsche, among other car manufacturers. (See the quote from a Porsche VP saying that what Tesla did was “truly astonishing”.) Because of Tesla’s incredible head start, other car manufacturers are now more seriously dedicating resources to producing competitive (both in range, amenities, and cost) electric cars. Tesla has even sparked competition in the electric semi market. – Eric Chang 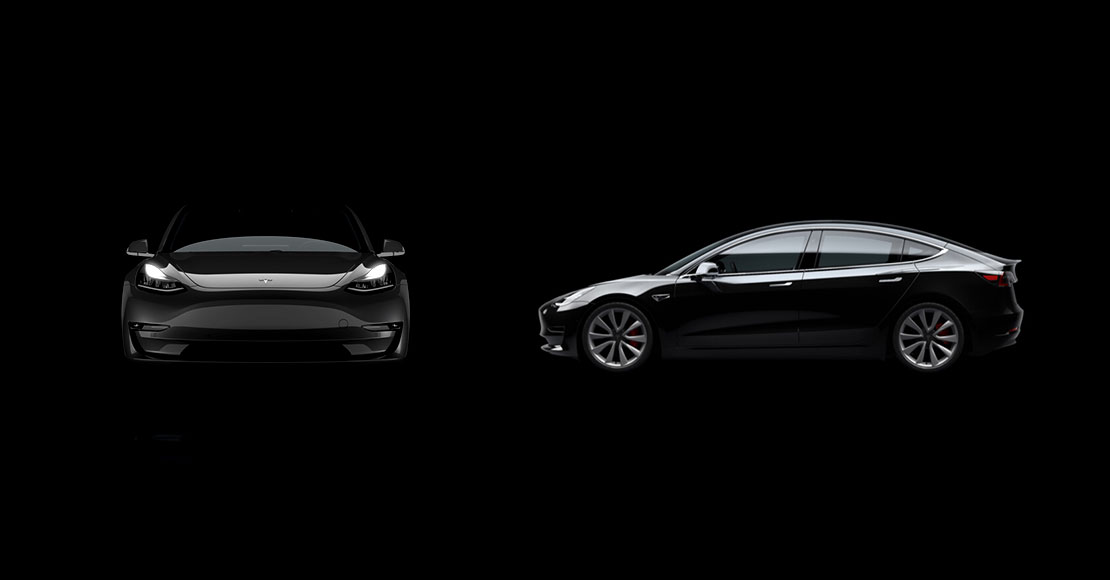 Remember The Hitchhiker’s Guide to the Galaxy, whose Babel fish enabled anyone to instantly understand any language? Google’s Pixel Buds and the Mars wireless earbuds turned science-fiction into science-fact by making real-time translation a reality. Artificial Intelligence and neural machine translation made these products possible. As this technology advances, the language barrier — and the world — will continue to grow smaller. – Chris Murray 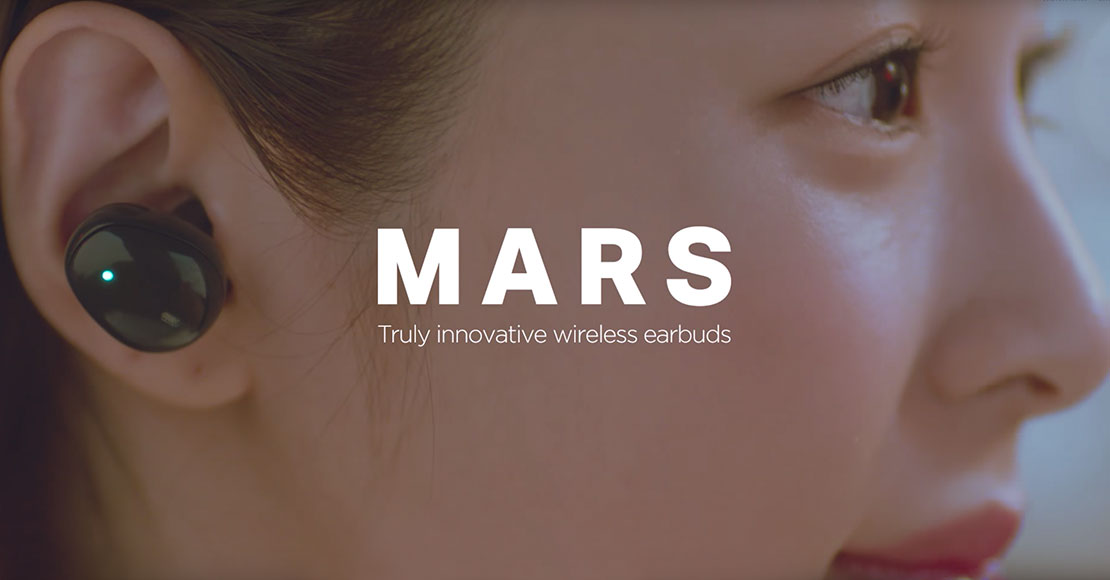 3. We moved one step closer to superior wireless audio.

The much maligned decision by Apple to remove the iPhone’s headphone jack caused a wave of manufacturers to follow suit. Many consider this a step back in ergonomics and usability, but it has also resulted in a more focused effort to design good wireless products. Apple’s AirPods use the W1 chip, a custom chip designed by the company to transfer high-quality audio seamlessly and efficiently from your phone. Qualcomm is also pushing to develop more turnkey wireless solutions for non-Apple products. All in all, we aren’t in a place where wireless audio is clearly superior to wired audio, but we’re one step closer. – Eric Chang 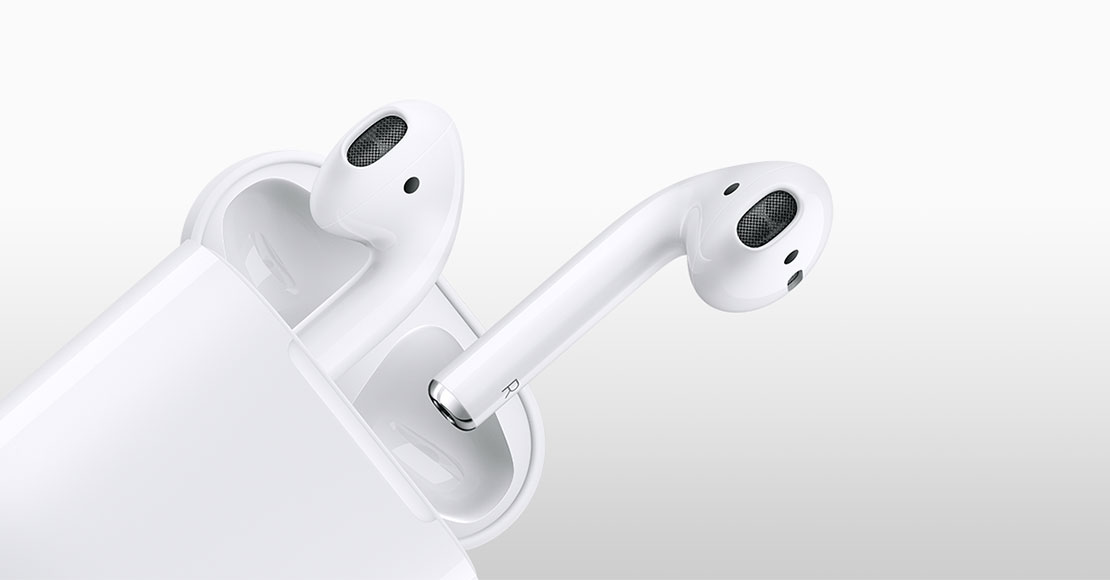 The environmental horror of ocean-borne plastic is finally receiving the attention it deserves. In 2018 we began tracking three very different scales of innovation, all attempting to address this escalating issue.

Ocean Cleanup’s mega boom reached the Great Pacific Garbage Patch in mid-October and deployed its first plastic collection system. The V5 Seabin is a mid-size solution for marinas and ports. The floating debris-interception device can catch an estimated 1.5 Kgs of debris per day (depending on weather and debris volumes), including microplastics up to 2 mm small. On a smaller, in-home scale, the Cora Ball pops into your washing machine and collects microfibers shredded by synthetic clothing, keeping them out of waterways and the ocean.

It remains to be seen which will be most effective. – Chris Murray and Vlada Belozerova 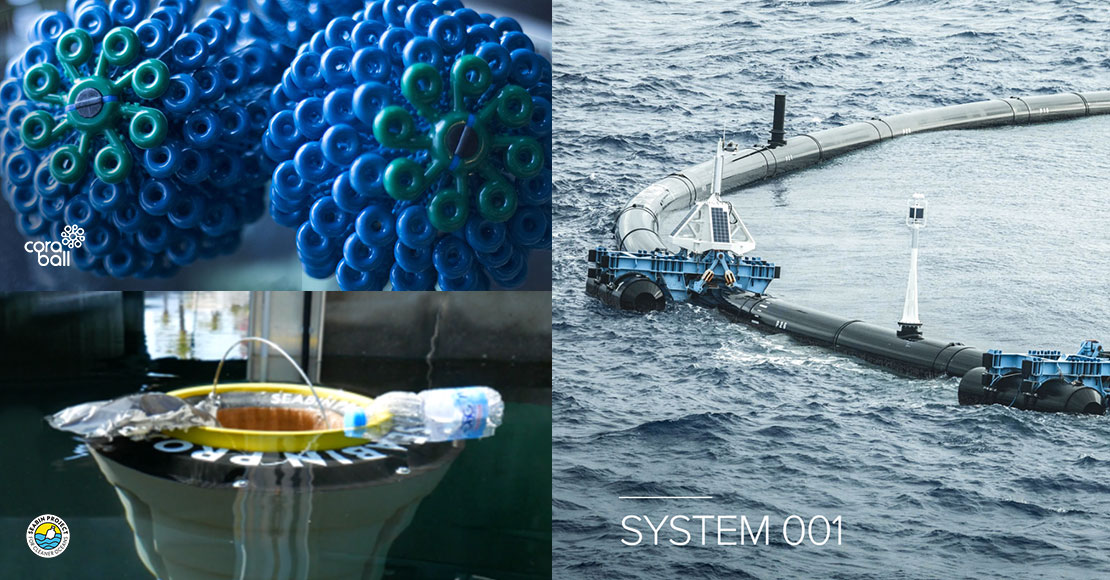 5. Extreme Post-its, you say? We’re basically required to include those.

As a design firm, yes, we go through our fair share of Post-its. (Clichés are cliché for a reason.) So we had to flag the cool, new Extreme Notes that can be stuck pretty much anywhere (concrete, wood, brick, stone, stainless steel) and in any condition (windy, wet, cold). This is great news for the brainstormers and workshoppers across Bresslergroup, but especially for our research team members who parachute into all kinds of environments to conduct our field research. – Conall Dempsey 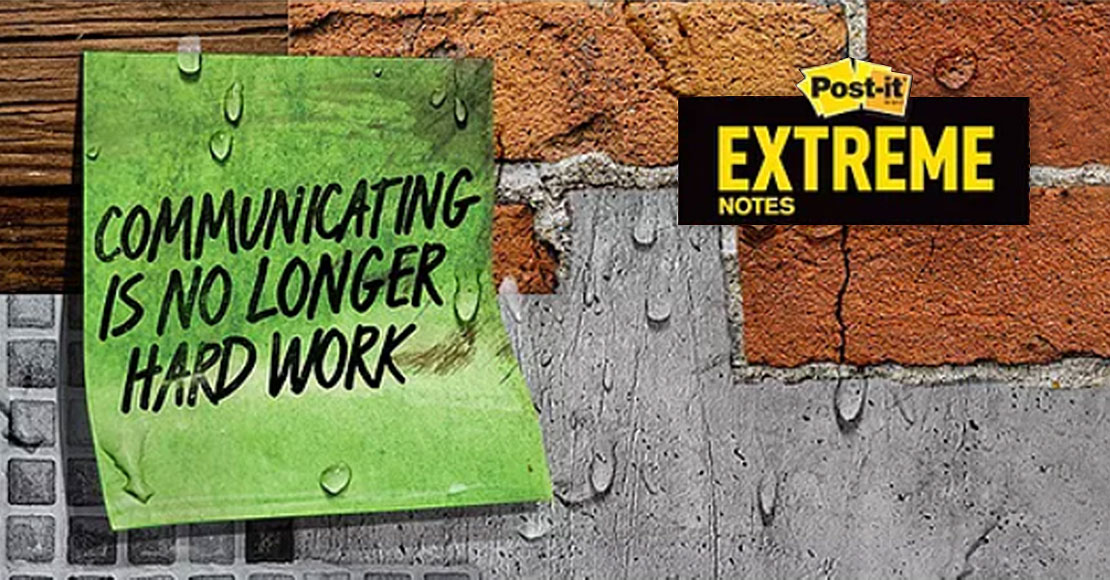 3D printing has made headlines for years. However, it wasn’t until the arrival of HP’s Jet Fusion printers at the end of 2016 that plastic printing quality became good enough for broad adoption and poised to be meaningfully manufacturable. HP’s technology provides excellent resolution, excellent part performance, and promises to lower costs enough to be competitive at volume. In 2018, HP went next-level, unveiling its Metal Jet printers to realize with metal what they’ve accomplished in plastic. This unleashes a new wave of design possibilities for our team, and we’re excited to see where it leads. – Aaron Pavkov 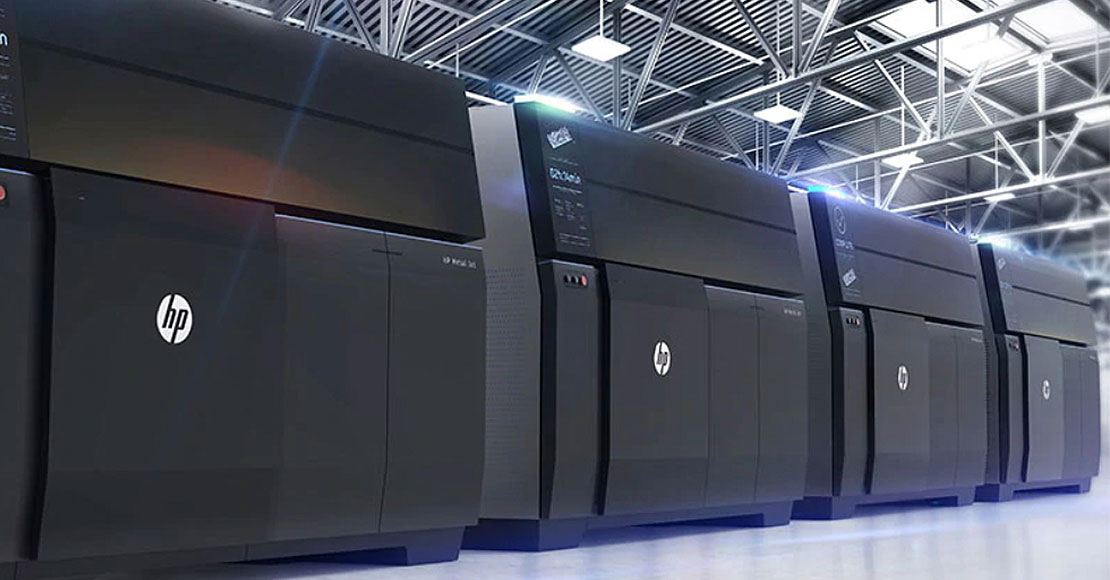 As of earlier this month, individual SpaceX Block 5 rockets have now been reused three times. In total, the company launched 19 rockets this year, a record for any private space company. SpaceX made some changes to Block 4 (“block” just means “revision”), which takes it one step closer to compliance with what NASA requires for use in human travel. Up until now, all SpaceX rockets have been used only for satellites, not for transporting humans into space. Also, in February, SpaceX launched the most powerful rocket in operation (Falcon Heavy) by a factor of two. It can lift more than twice the payload of the next closest competitor at a third of the cost. (It also sounds truly awesome — put on headphones!) All of these accomplishments have pushed competitors (United Launch Alliance, Blue Origin, Virgin Galactic) to produce competitive rockets of their own. – Eric Chang

In July, Lyft acquired bike share company Motivate for $250 million and announced its intentions to go big with shared e-Bikes in several major cities. Uber’s jump service and other standalone companies are also fighting over commuter saddle time. GM announced it will be releasing two e-bikes in 2019 (and crowdsourcing the names so there is the possibility we will see Bikey McBikeface). Private e-bike sales are soaring in Europe and off-the-beaten-track IMBA (International Mountain Bike Association), in a major shift in policy, announced it would support allowing Class 1 e-bikes onto mountain-biking trails. 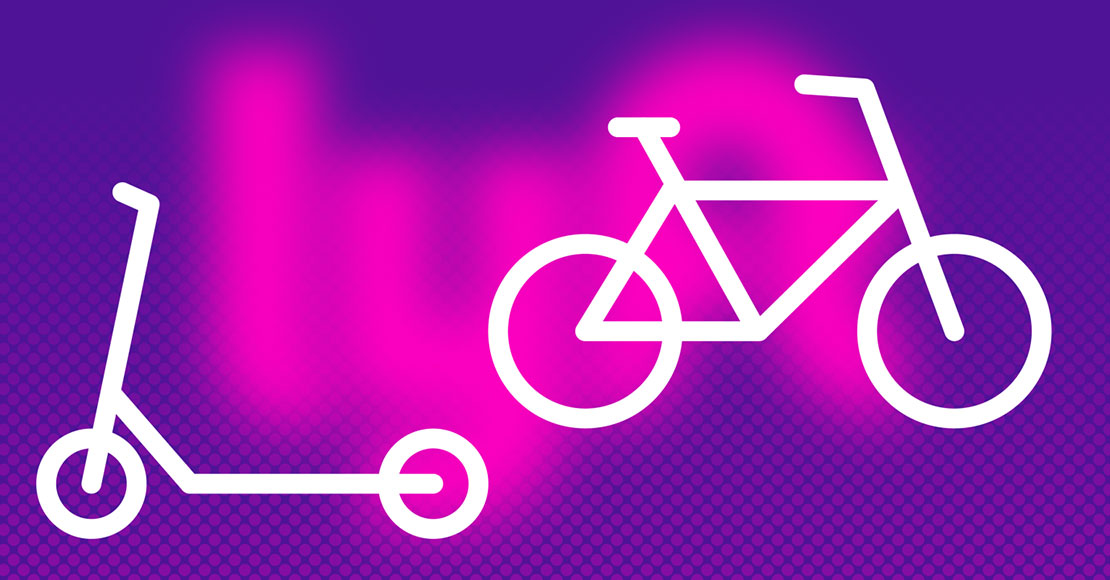 The bike is a good fit for city transport compared to scooters and skateboards. Top speeds are higher and more stable. Large wheels make tackling potholes and curbs significantly easier. The need to dock e-bikes to charge them can reduce the litter of abandoned vehicles generated by dockless systems. Millennials are moving back to cities but are less interested in owning cars. They need a way to get around. Perhaps best of all, an e-bike-friendly city also makes life better for regular cyclists by promoting cycling lanes and taking cars off the roads.

When Dean Kamen promised to revolutionize cities with the Segway he predicted it would be “to the car what the car will be to the horse and buggy.” This bit of hyperbole didn’t prove to be correct, but it looks like switching the wheels to inline — a format that has been refined over 200 years — has finally started to deliver the personal transport that people want. – Dan Massam

As one of the locales that made Amazon’s short list, we in Philly were very aware of their quest for an HQ2 location. Alas, we weren’t selected, but the decision by one of the world’s most innovative and highest market cap companies to split its HQ2 between locations just north and south of us, in NYC and Washington DC, could potentially shift the balance of innovation more to the East Coast in the coming decade. – Kevin Murphy 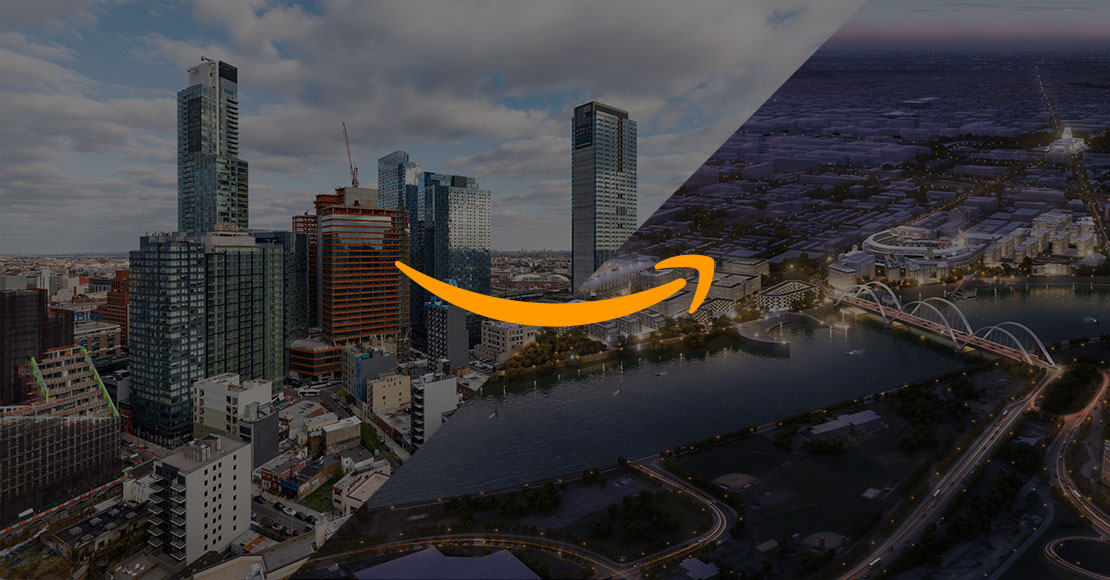 10. Leaps were made in inclusivity.

Exciting steps were made in 2018 to enable more of us to participate in social and cultural phenomena. Music: Not Impossible and Avnet debuted a wearable vest that enables the deaf and hearing to share in the experience of live music. (Disclaimer/humble brag: Bresslergroup was part of the project team that developed it.)

Big companies came out with inclusive products. Gillette introduced the TREO razor for assisted shaving. And Microsoft released its Xbox Adaptive Controller to empower gamers with limited hand and arm mobility. While others have previously addressed the need for accessible gaming devices, these have largely been niche suppliers working on small batches of expensive tools. The launch of an adaptive controller at an accessible price by a major player in the gaming industry is truly a game changer. And the way Microsoft normalized the device by placing it alongside standard controllers at events and by marketing it as part of its extant ecosystem makes it even more of a milestone. We look forward to seeing all the ways these acts act as a catalyst for more inclusive design. – Chris Murray and Conall Dempsey 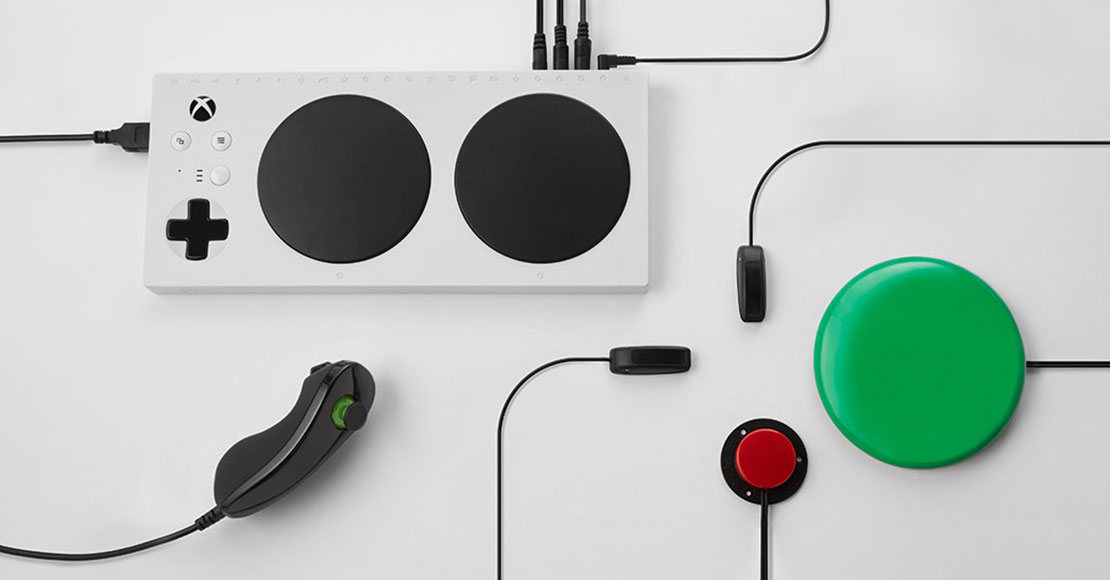 Fitness trackers revealing the locations of U.S. military bases, smart home devices being leveraged by domestic abusers … there were plenty of security disasters in 2018 that intensified pressure on product developers to understand and mitigate the privacy and security risks of their devices during this unprecedented growth in the world of IoT. We’re up for the challenge.

In a related development, the General Data Protection Regulation (GDPR), ratified by the EU in May, changed regional laws for how businesses collect and use customers’ info. GDPR is the start of a more global trend that will hold companies accountable for how they treat privacy and personal data. – Matt Black and Kevin Murphy 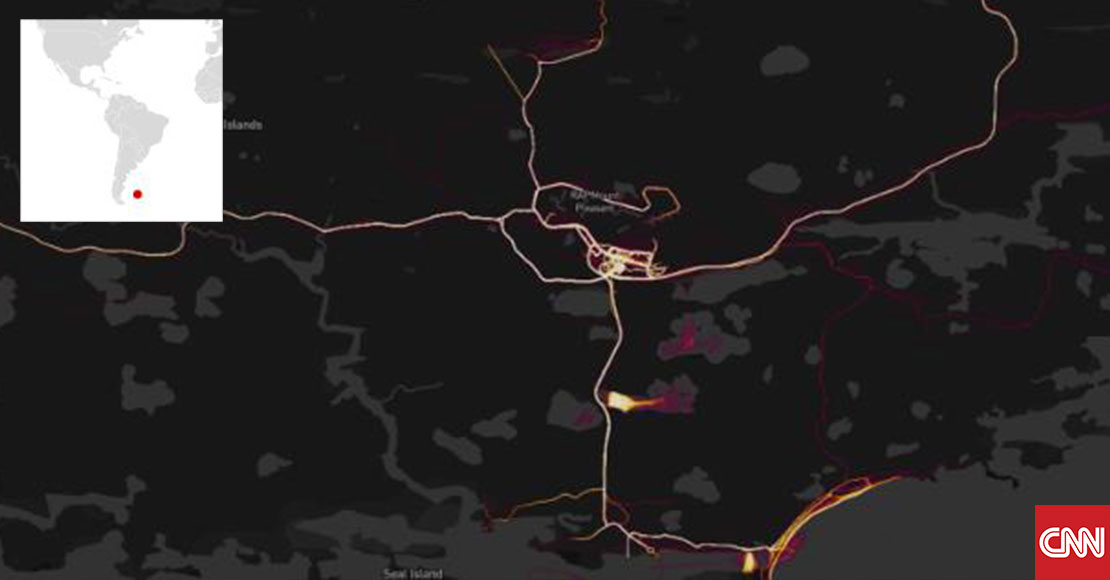 Nintendo released its Nintendo Labo, which allows kids (and the young-at-heart) to invent contraptions (known as toy-cons) that integrate with the Nintendo Switch. The process of building requires the user to think about physical design and the relationship between the digital and physical worlds. And Labo teaches the user about engineering and computer programming. It’s an extremely accessible product that permits a low barrier of entry into the world of physical-digital product design. – Matt Ambler 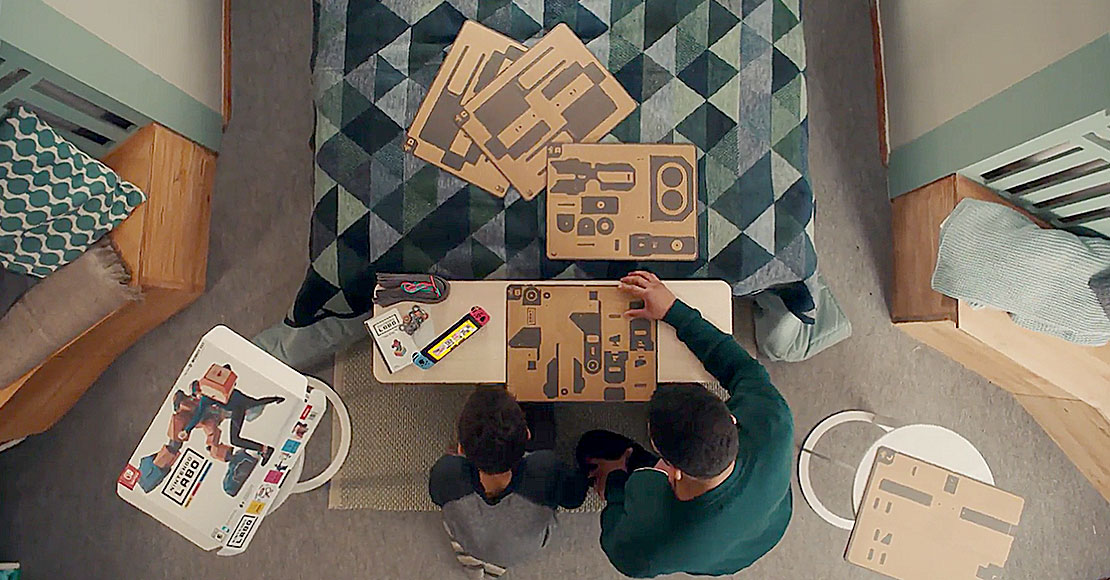 Our robotic future came into better focus in 2018 as the ‘bots continued their steady march forward. Robots eliminated supermarkets in the UK. They began cleaning floors at Wal-mart and going head-to-head with human Uber and Lyft drivers. The writing’s on the wall for robotic-led precision farming, and before you know it robots will be performing brain and spinal surgery. These are not your old-school assembly-line robots. With machine learning and AI, these robots can “think, sense and act” like never before. If you’re still in doubt, just watch Boston Dynamics’ robot dance. – Aaron Pavkov 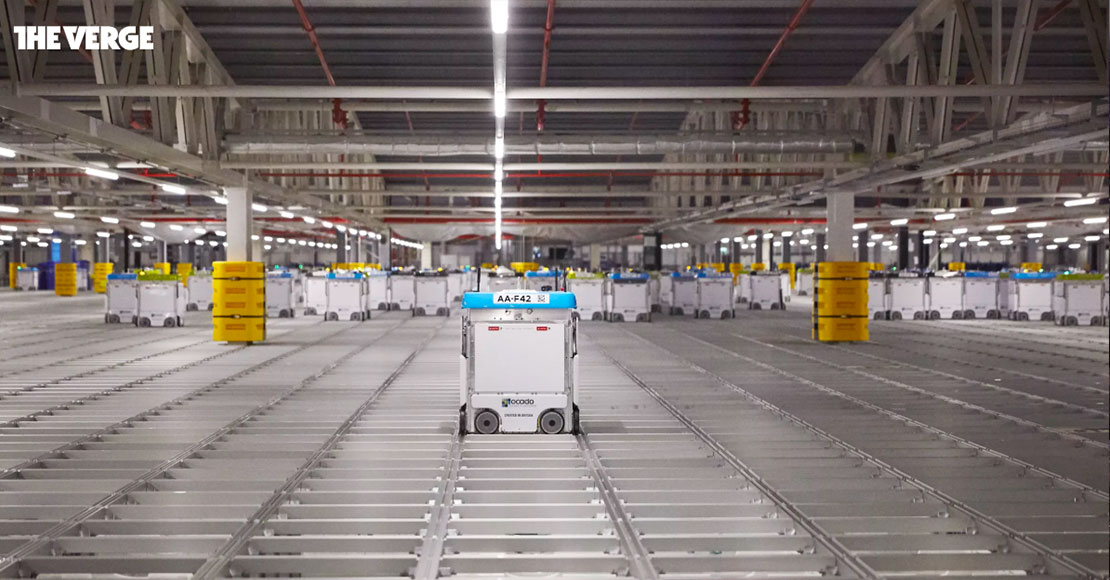