(This article was originally published on Entrepreneur.com.)

Even 10 years ago, launching a new electronic gadget or appliance required massive cash on hand. Crowdfunding has turned that on its head, largely removing the early investment obstacle for anyone with a great idea and a little marketing savvy.

It’s nowhere near that easy, of course. While Kickstarter (along with Indiegogo and several others) has let some fantastic products see the light of day, most never make it. Designing something people will fund, sight unseen, is no small task.

The biggest pitfall for aspiring hardware entrepreneurs isn’t the funding part; it’s the hardware part and clearing the production hurdles. With all the discussion about demo videos and marketing strategies, it’s easy to forget that Kickstarting a hardware project ultimately means making hundreds or thousands of physical products that can compete in the modern marketplace. This is unbelievably complicated, and the more successful your campaign, the harder it gets.

Having helped numerous hardware startups take their concept from Kickstarter to reality, here are three key things I find often get overlooked:

1. Build the best prototype you can.

Kickstarter’s rules require “explicit demos of working prototypes,” and forbid photorealistic renderings that could be mistaken for a finished product. (These renderings were misleading both makers and funders into thinking projects were feasible when they weren’t.) A prototype is more than some hoop you have to jump through to satisfy backers, though. There’s a saying among product designers that “making is a way of thinking” – the act of making and refining prototypes will change your product’s design and teach you what works and what doesn’t work. 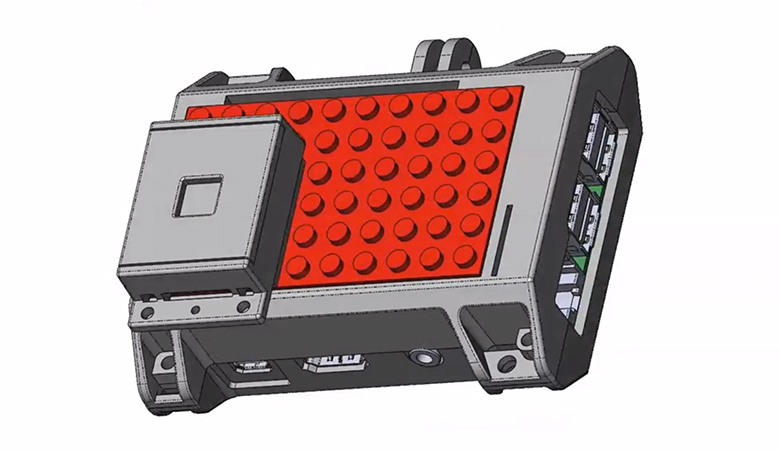 Tom Murray, a colleague at Bresslergroup who’s worked on dozens of hardware projects, successfully Kickstarted his SmartiPi last year, a modular case for the Raspberry Pi DIY computer board. The SmartiPi in Tom’s demo video (above) is actually the fifth prototype he built…and there were two more after that! Several crucial features, like a cable mount that runs through the top of the case rather than the back, didn’t become apparent to him until the fourth or fifth version. Prototyping also readies you for manufacturing, by forcing you to address on a small scale many of the details that will eventually come up at the factory.

What You Should Do: This doesn’t have to be expensive. 3D Printing, along with powerful, accessible computer modeling software like SolidWorks, Autodesk’s 123D and even Google Sketchup, allow you to make working products and iterate on the design. Services like Shapeways can produce convincing, working plastic prototypes of small products for less than $100, making multiple rounds of refinement practically mandatory. Keep in mind, though, that a high-quality prototype will require more than just a quick 3D print — high quality finishing is required to show what the product will really look like.

We’ve all heard that ideas are worthless without execution. You can see this happening on Kickstarter where only 15 percent of hardware products ship on time, even though many are launched by experienced product developers. Unlike a film, graphic novel, or video game, making a physical product involves dozens of suppliers and vendors, often scattered across the globe. Getting them all working together, on your timeline, is a monumental logistical task.

What You Should Do: Before you go to Kickstarter, answer as many production questions as you can. How many units will you produce, at the low and high end? What production methods will you use? Are you manufacturing domestically, abroad, or some combination? Are there assembly tasks you’ll perform yourself, or is this shopped out, too? How about warehousing? Will you need a fulfillment service to make sure your goods clear customs and ship on time?

This is less exciting than designing the product itself, but a great idea unexecuted is as bad as no idea at all.

3. Be prepared to scale.

Volume drives everything in hardware: not just costs and margins, but timeline, the processes used, even which country you’ll produce in. In some ways, the biggest challenge you can face is a Kickstarter that’s too successful.

Products like Twine and the Coolest Cooler are the stuff of legend: hardware Kickstarters that earned dozens of times their funding goal, launching their founders’ dreams in a matter of weeks. But both had to deal with massive unexpected shifts, not just in scale, but in their fundamental approach to manufacturing. You can make a hundred of something in your garage or basement; you can’t make 10,000. Each level has its own costs and requirements.

If you’re in the big leagues, meaning hundreds of thousands of units, contacting an off shore manufacturer partner to make hardened steel tools probably makes sense. If you’re planning a measly 3,000 unit run, you’ll have little leverage if you don’t like what comes off the production line. On the other hand, a domestic molder will be faster and more responsive, and you can save upfront costs by using aluminum tooling, but the per-part cost could be five to ten times as high.

What You Should Do: There are dozens of areas where scale changes your approach; this just scratched the surface. At the very least, expect to do a lot of research, talk to as many hardware developers as you can, and make a detailed Plan B. And a Plan C, just in case your product is the next Coolest Cooler.