Technology development runs in cycles. Each cycle starts with a burst of innovative new ideas that are gradually refined, combining advances from different areas to create mature devices that fulfill the promise of the original innovation.

At this year’s Consumer Electronics Show (CES), product and tech trends were defined by the burst of innovation that came from the interplay of autonomous vehicles, new sensor technologies, and the Internet of Things (IoT) has reached peak cross-pollination.

Namely, at CES 2020 we noted the fruits of those efforts ripening into products that no longer fit neatly into the old categories. Is it a home appliance or is it a personal health product? Automated vehicle or a drone? Robot or kitchen appliance?

The Global Unmanned Spray System (GUSS), pictured below, an automated sprayer for pistachios, almonds, citrus, and stone fruit orchards, is a great example of crossover from driverless vehicles to robotics. GUSS combines autonomous vehicle technology with IoT functionality to intelligently spray orchards just where they need it. 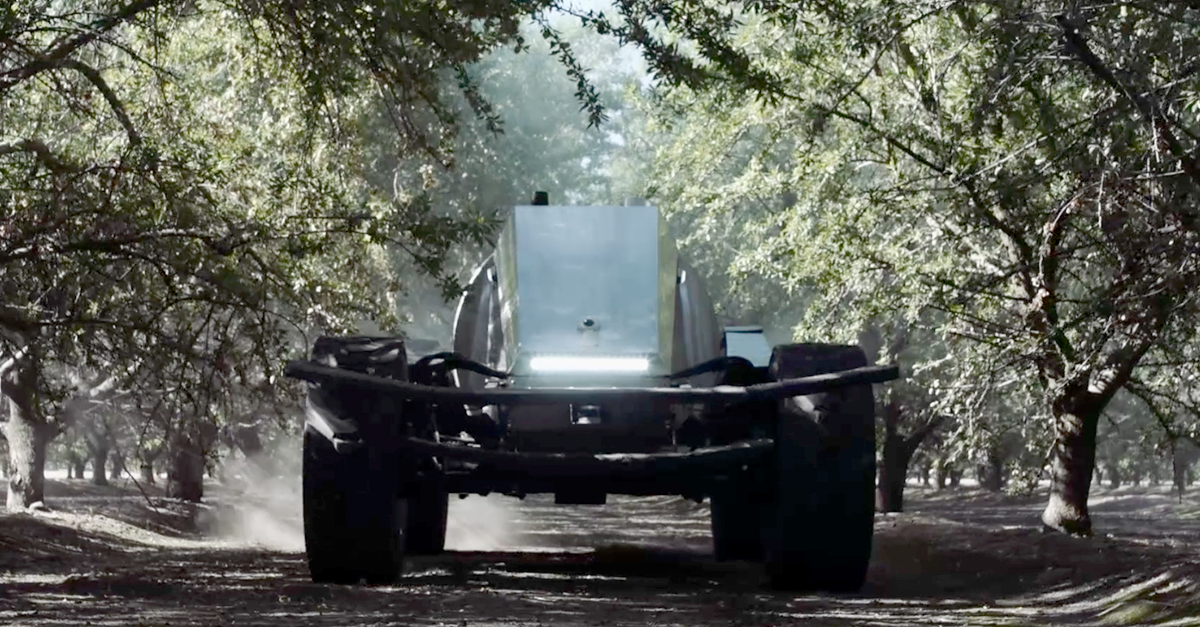 And even though outdoor autonomous vehicles might usually use GPS, GPS is unreliable in orchards due to leaf cover. So GUSS has a host of additional sensors to keep it on track when it can get only intermittent GPS, including a laser to detect trees and other obstacles, as well as a gyroscope and wheel and steering sensors.

The device also sends a livestream camera feed to a remote operator who can monitor up to ten GUSSs at a time. If circumstances warrant, the remote operator can take control of the vehicle and drive it around an obstacle, then revert control back to the device itself.

The autonomous vehicle concept has matured beyond cars. Technology is migrating into commercial products from farm equipment to excavation machinery.

Another piece of autonomous equipment that impressed us at CES 2020 was Doosan’s autonomous Concept-X excavator, pictured below. It’s exciting to see self-driving heavy equipment for sale because it shows the autonomous vehicle concept has matured beyond cars. Technology is migrating into commercial products from farm equipment to excavation machinery. 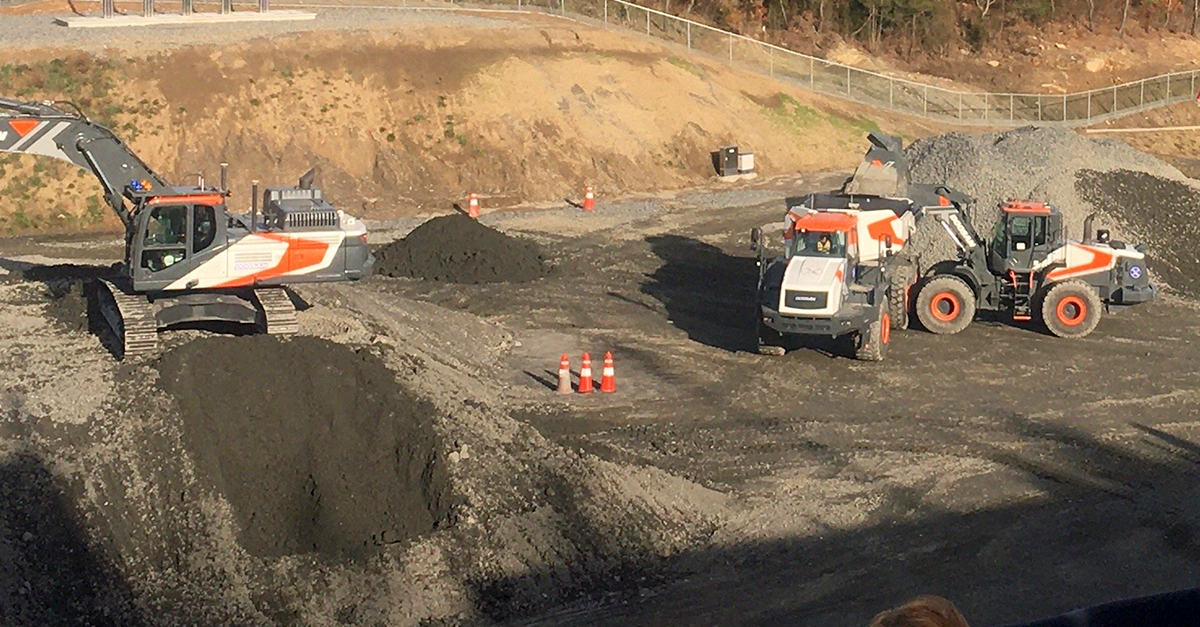 Of course, cars remain the marquee market for autonomous vehicle technology which continues to grow, with lidar leading the way — but incorporating sensors into more and more components allows for a clear path to full automation.

The S-A1 Urban Air Taxi, pictured below, a partnership between Hyundai and Uber, demonstrated the possible future of city transport. It seats five and provides a range of around 60 miles with a speed of 200 mph. And it doesn’t need roads. The S-A1 flies, with a vertical take-off and landing, allowing for city transportation that beats the streets. 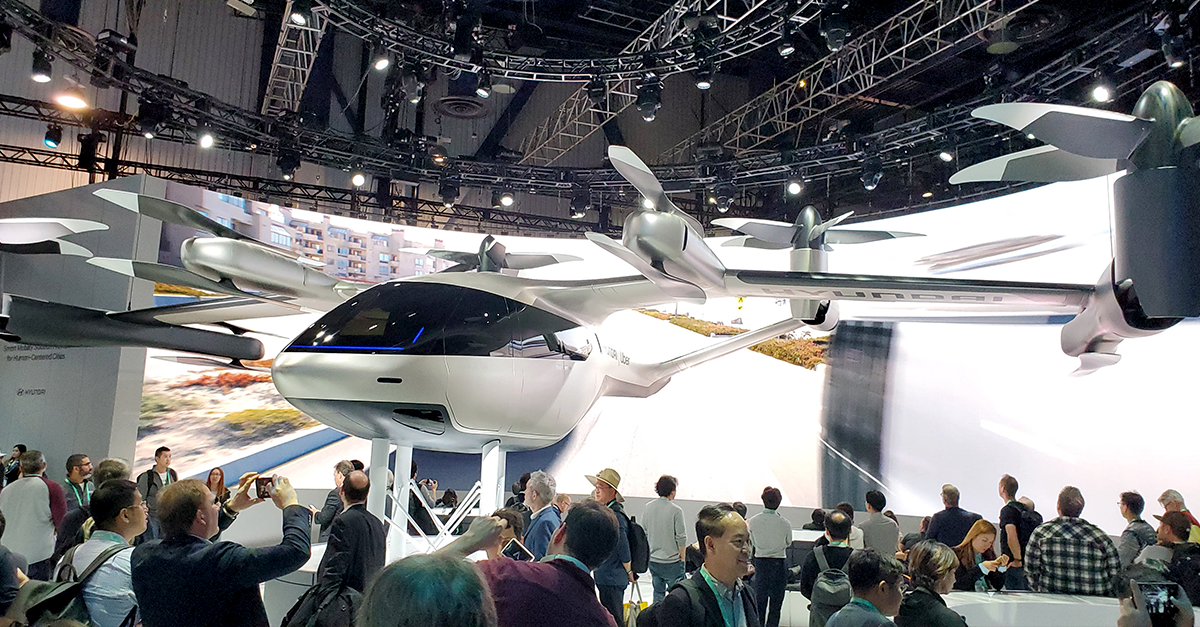 Regulators and the driving public are beginning to accept self-driving vehicles, at least earthbound ones. The remaining barrier to wide deployment seems to be insurance company actuarial risk calculations. We’ll see how long that takes to soften.

No matter when we get driverless cars on the road, the Internet of Things is already being woven into vehicles to assist drivers behind the wheel. Rivian’s electric pickup truck and SUV models showed off their new Amazon Alexa system at CES this year. Alexa is seamlessly integrated throughout the vehicle. It can give the driver directions, play music, make calls, open the windows and trunk, and coordinate with other Alexa-controlled devices at the same time, including inside your home.

The Internet of Things is already being woven into vehicles to assist drivers behind the wheel.

Another assistive drive technology at CES 2020, this one award-winning, was Damon’s electric motorcycle, the Halo-Hypersport Pro, pictured below. In addition to being able to shapeshift mid-ride like a Transformer (though not at Groove’s cool 800mph — yet) the Hypersport Pro uses Blackberry’s QNX operating system to run CoPilot, its crash avoidance system. (Yes, that Blackberry, the maker of one of the original smart phones. Its QNX already runs driver-assistance systems inside many types of cars.) 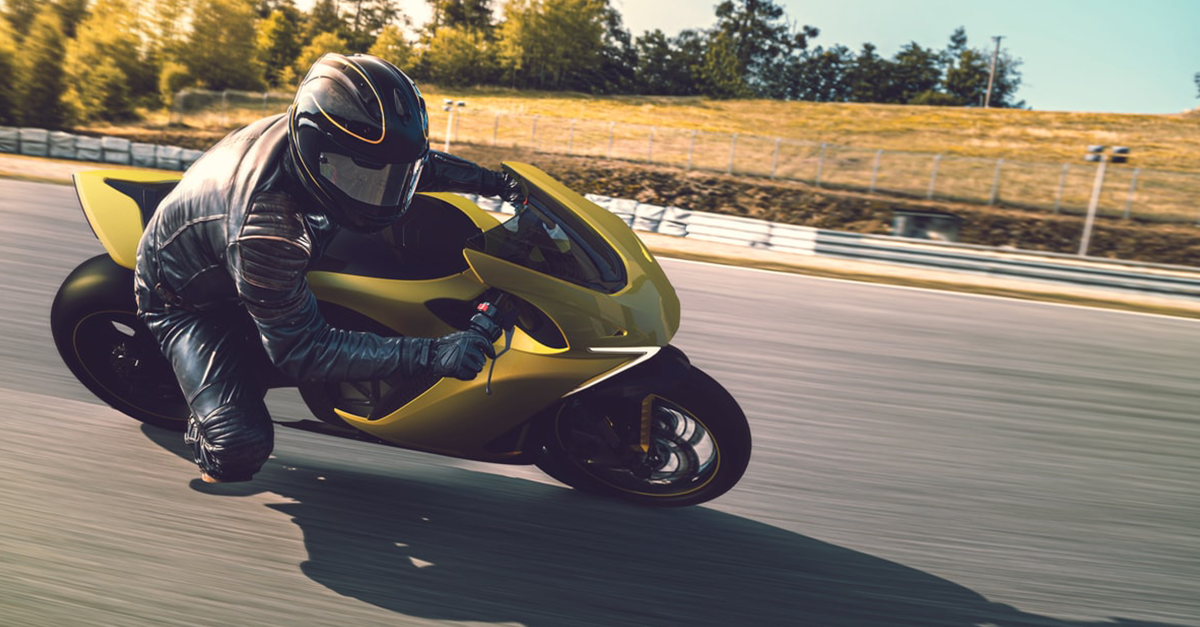 QNX gathers data from cameras, 77 GHz radar, and other sensors to track up to 64 potential moving obstacles at a time in a 360-degree bubble around the bike. If something threatens to get too close, the Hypersport Pro warns the rider with vibrating handle bars and LEDs.

The bike also has a neural net that reportedly learns the rider’s style and how traffic behaves in the areas where it’s driven. It uses 4G, WiFi, and Bluetooth to communicate this to the cloud, and the company says the bike will receive over-the-air updates to improve the Hypersport Pro’s performance in light of this data.

We like how good the sensor technology is. And using a neural net to analyze driver style seems like a meaningful use of artificial intelligence.

As options continue to flood the wearables category, function seems to be winning out over design for now. While all this high-accuracy sensing technology has pollinated the home health device market — and hybridized to create all kinds of devices — we still think it could use some serious attention from designers.

Sure, you could have a four-inch thick watch like this one that measures your heart rate, blood pressure, blood sugar, body temperature, body fat ratio, kidney function, and every other possible medical measurement under the sun … but how many people are really going to wear it?

Cybershoes that integrate sensors and athletic performance tracking were one of those good ideas that needed a designer’s help. We don’t know how many people would buy rubber outsoles to slip over their normal athletic shoes — athletic shoes are having another fashion moment (welcome back, Air Jordans!). These have also migrated their way into the Virtual Reality arena. Slip-on style devices provide the next level of sensory experience for VR/gaming — walk, run and jump in your VR journey through snow-covered mountains to abandoned cities escaping mutant zombies. 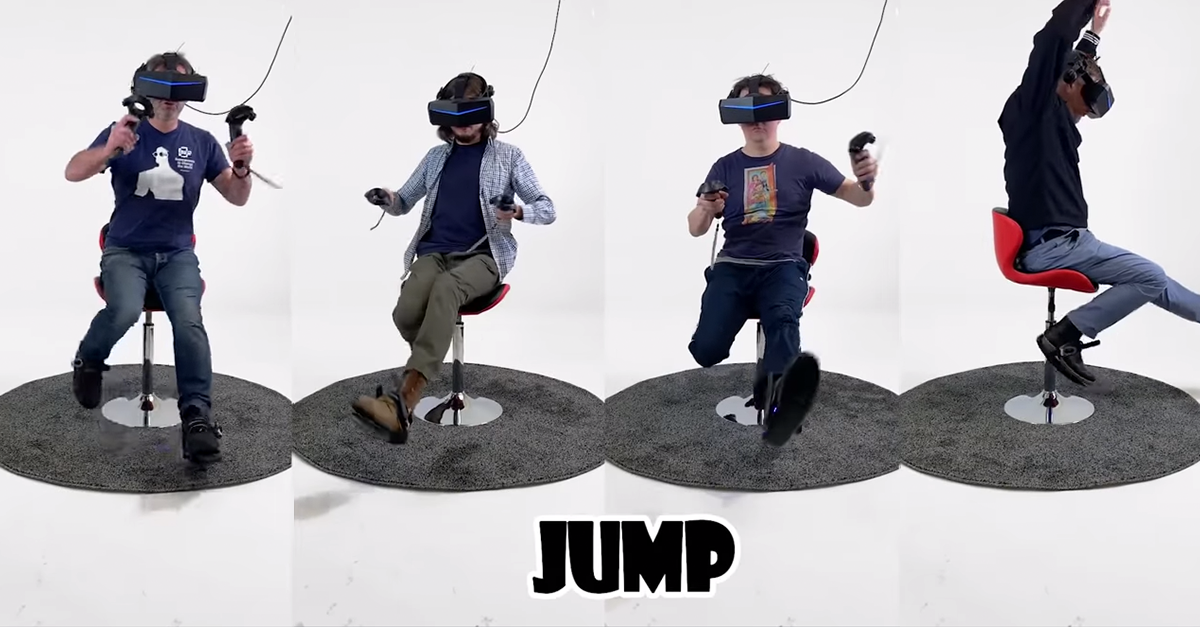 Advancements in display technology are influencing wearables, too. OLED has become a significant force in this space (both in resolution 8K formats and in versatility — size, shape, alternate materials). Additionally, OLED films can take multiple shapes — allowing designers total freedom in a digital medium. Films, when installed on glass will provide a clear, transparent look when not in use. OLED are migrating further into eyewear, from glasses to training aids, allowing for significantly better user interaction with projected displays.

But there were also several nicely designed medical wearables at CES 2020 with excellent function. Ear pods using Valencell’s heart rate sensors have demonstrated BP cuff-like accuracy through rigorous testing on thousands of patients and tens of thousands of datasets.

The technology can recognize hypertension with 89% accuracy, which is more accurate than comparable technologies available today. Sonion and Valencell are also working on a version of this technology optimized for hearing aids and hearing health devices. They demo’d the technology at CES, and it looked good.

This out-of-the-box sensor solution can be used to monitor “anything” accurately and remotely via BLE and WiFi. Applications suggested by TDK include smart doors (to report on whether it’s open or closed), orientation of a robotic vacuum, asset monitoring in large work areas, patient activity monitoring in a hospital or outpatient facility, HVAC filter monitoring, and sports analysis.

One of the easiest trends to overlook in the smart home section was just how … normal … so many products looked. Mirrors that looked just like mirrors — but if you tapped a corner, a screen would pop up. A device called the Baby Brezza, pictured below, that looks just like a Keurig — but text it and it will mix up baby formula and load up a bottle for you at the perfect temperature, just in time for you to walk downstairs and bring it up to baby. It seemed as if we’ve reached the point where we could set up two homes, one analog and the other connected to the gills, and they could look identical. 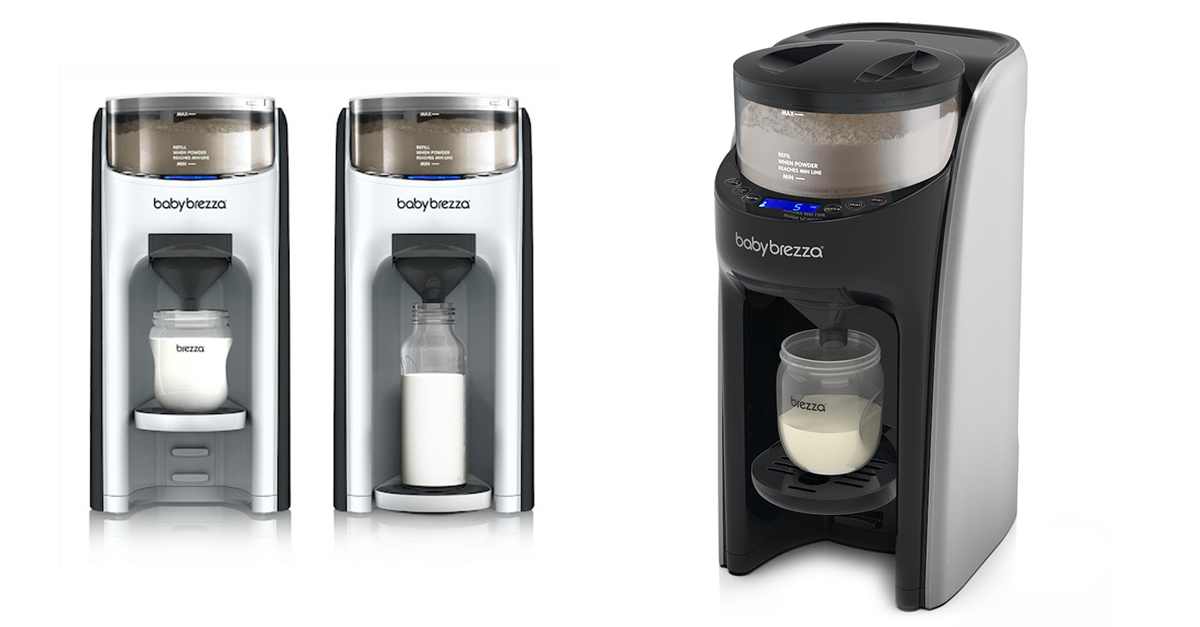 Another trend in Smart Home is its continued merger with health and wellness. At CES 2020 we saw bathroom appliances that are able to measure vitals, analyze waste, and send information to health care providers.

A small, but growing sector is devices that are self-powered. A fire alarm, for example, could have an energy harvesting battery, pictured below, made by Atmosic that charges itself via changes in temperature, light, or pressure. We can think of many devices that would benefit from having a power source that lasts through the lifetime of the product, with no need to change batteries or wire it up. 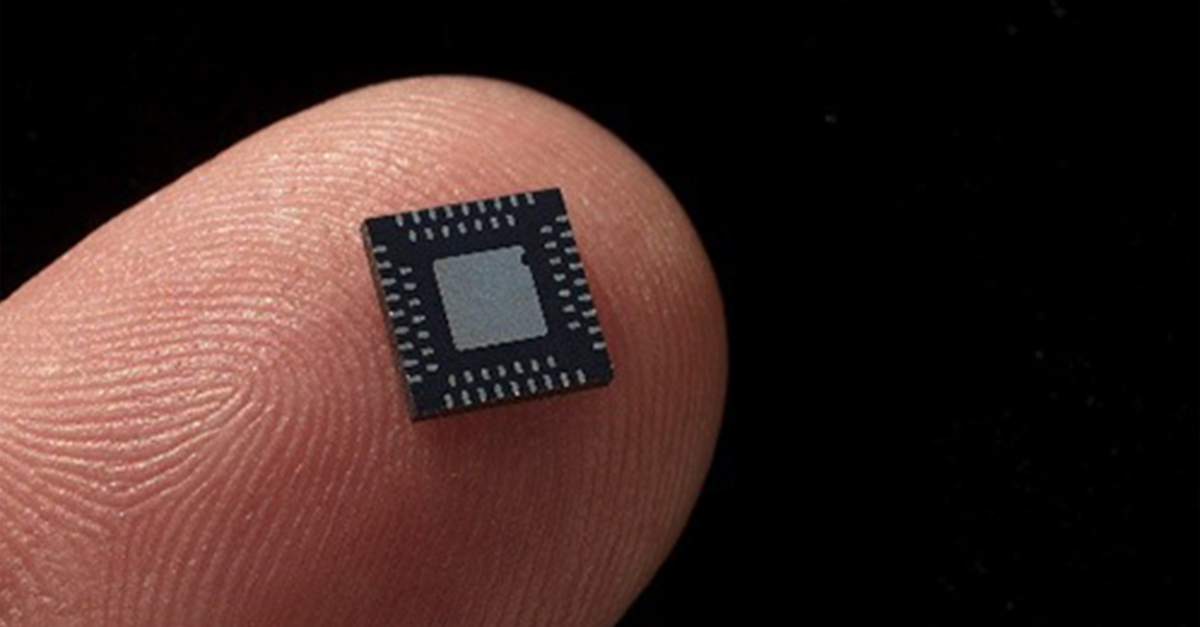 The logical endpoint of cross-pollination is for everything to be able to relate to everything else. And we saw that at CES 2020: ecosystem is no longer a barrier. Although Alexa and Google Home have a definite lead, other ecosystems are still hanging in there. And thanks to wireless interchanges such as eZLO’s Atom Home Hub that can translate between ecosystems and frequencies (ZWave and WiFi) most devices will be able to function in any ecosystem, allowing accessible home automation for everyone.

Everything is bleeding into everything else; the lines between devices, autos, robots, and home devices are blurring. Products are becoming more seamless, and at this CES we saw that the promise of IoT is closer to truly being realized.

We’ve been tracking technology and product trends at CES since 2016. 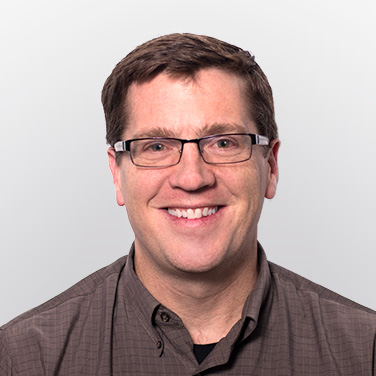 Rob specializes in product line development, strategic planning, and customer management. In his career, he has worn many hats. His favorite project to-date is an automatic folding scooter developed as part of a medical device challenge for the elderly and mobility challenged.