(This post is based on the video, “Over-the-Air Updates,” in the Design Defined: Design Principles Explained series.)

If you have a smartphone, and especially if you have an iPhone, you’re probably used to receiving wireless software updates, which can add new features, fix bugs, and upgrade security.

This is only going to become more common as more devices are designed with embedded firmware, and as hardware inches closer to a future where products will be devoid of physical ports and connectors.

The Evolution of Over-the-Air Updates

Over-the-air updates have been possible for decades, starting when wireless data transfer first became highly reliable. But they’ve become much more common in recent years, now that the internet of things is ubiquitous.

Often referred to as “OTAU,” these are software updates sent through a wireless connection to upgrade the program that’s running on a device. They’re a pathway for manufacturers to update a product digitally, without having to mess with the hardware.

Before OTAU, products were either never updated or they had to be updated through wired connections. Pre-internet, products that needed updates would have to be sent back to manufacturers, taken apart, and reprogrammed; or scrapped, which is never a good thing for brand reputation.

These wireless updates are good for manufacturers and users who are worried about security concerns. Holes in the code can be closed as soon as flaws are exposed, even if it’s after a product is released.

This is especially important now that consumers are bringing so many connected devices into their homes.

For instance, security researchers discovered a flaw in a popular smart lightbulb that could have given hackers access to a home or business’s entire network. Thanks to OTAU, the hardware company was able to issue a patch via an automatic update.

Over-the-air updates make it possible to add functionality post-launch, which is important when technology and markets are rapidly changing.

An example of this is the Pebble Smartwatch. When first released, it only had support for power-hungry Bluetooth Classic communication. However, Pebble was able to add Bluetooth Low Energy functionality later on in the product’s life through a firmware update.

Tesla is another good example. The company has shipped over-the-air updates that have changed everything from its Autopilot driver-assistance system, to the layout and look of its touchscreen interfaces.

During Hurricane Irma in 2017, Tesla shipped an update to drivers in Florida to unlock their full battery capacity, giving them another 30 to 40 miles of driving range to help them escape the storm.

Tesla introduces updates on a regular basis in order to make its cars safer and more capable overtime. For Tesla customers, this means they don’t need to trade in the entire vehicle to get upgrades; they only need to download the latest software.

Apple found itself in hot water when it slowed down some iPhone models as they aged. Apple said the lithium-ion batteries became less capable of supplying power under peak demands, so a software update “smoothed out” and improved battery performance.

The problem was that Apple didn’t communicate this with customers, who noticed their phones had slowed down and weren’t happy about it.

Lesson learned: Be transparent about your updates!

Be Careful Not to Lock Your Users Out

Another OTAU failure was a smart lock company whose firmware update ended up bricking devices — literally locking users out of their homes.

The lesson there? Make sure your OTAU is well-vetted before releasing it to customers. Test all of the firmware versions that could exist in the wild.

Companies can test a new feature by sending an update to select devices, gather feedback, and make changes before releasing the feature to all devices.

Electrical engineers must build devices to be smart enough to detect firmware versions, safely download, update, and go back to work.

They must consider the relationship between the hardware, the firmware, and the network connection.

Will the device always be connected to a network and able to download updates? Will it need to be plugged into a power source before an update begins?

You’ll also need to consider when your updates occur. Will the device be able to function while it’s updating? Will the update disrupt your end users?

This is especially important when your device is part of a healthcare or critical infrastructure setting.

OTAU must be handled with a tremendous amount of forethought. A mistake can lead to a temporary disruption, or worse, a device that can’t be recovered.

How Can You Use OTAU to Improve Your Products?

If you’re already using over-the-air-updates, are you communicating clearly with your customers, seeking regular feedback, and looking for ways to improve? Are your over-the-air updates well-vetted before they’re released?

If you’re in the early phases of developing an embedded device, what is your OTAU strategy? Is your device equipped to receive over-the-air updates? Will you be able to add functionality and security upgrades in the future?

Learn about more product design principles when you download our free Design Defined ebooks, v1 and 2! 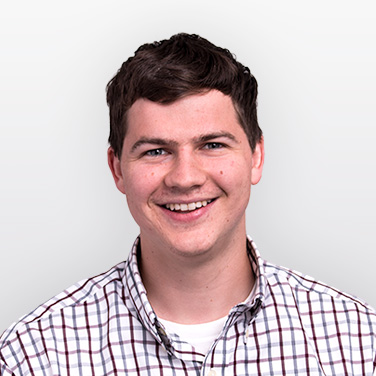 Nick believes a well-designed product doesn't need a user manual to explain how it works. This goes for powered, upper-body exoskeletons, autonomous hockey robots, and bipedal soccer humanoids — all of which he's had a hand in designing.