Coffee spills on your laptop, your cell phone takes a swim: Accidents happen. Most products aren’t designed to survive extreme conditions like submersion in water or inside a sandstorm, but most can withstand some. Figuring out just how much sealing products will need is part of the design process.

You say waterproof, I say IP68

‘Waterproof’ and ‘water resistant’ are imprecise marketing terms. To make sure our clients get what they need, we use standard ingress protection (IP) ratings. 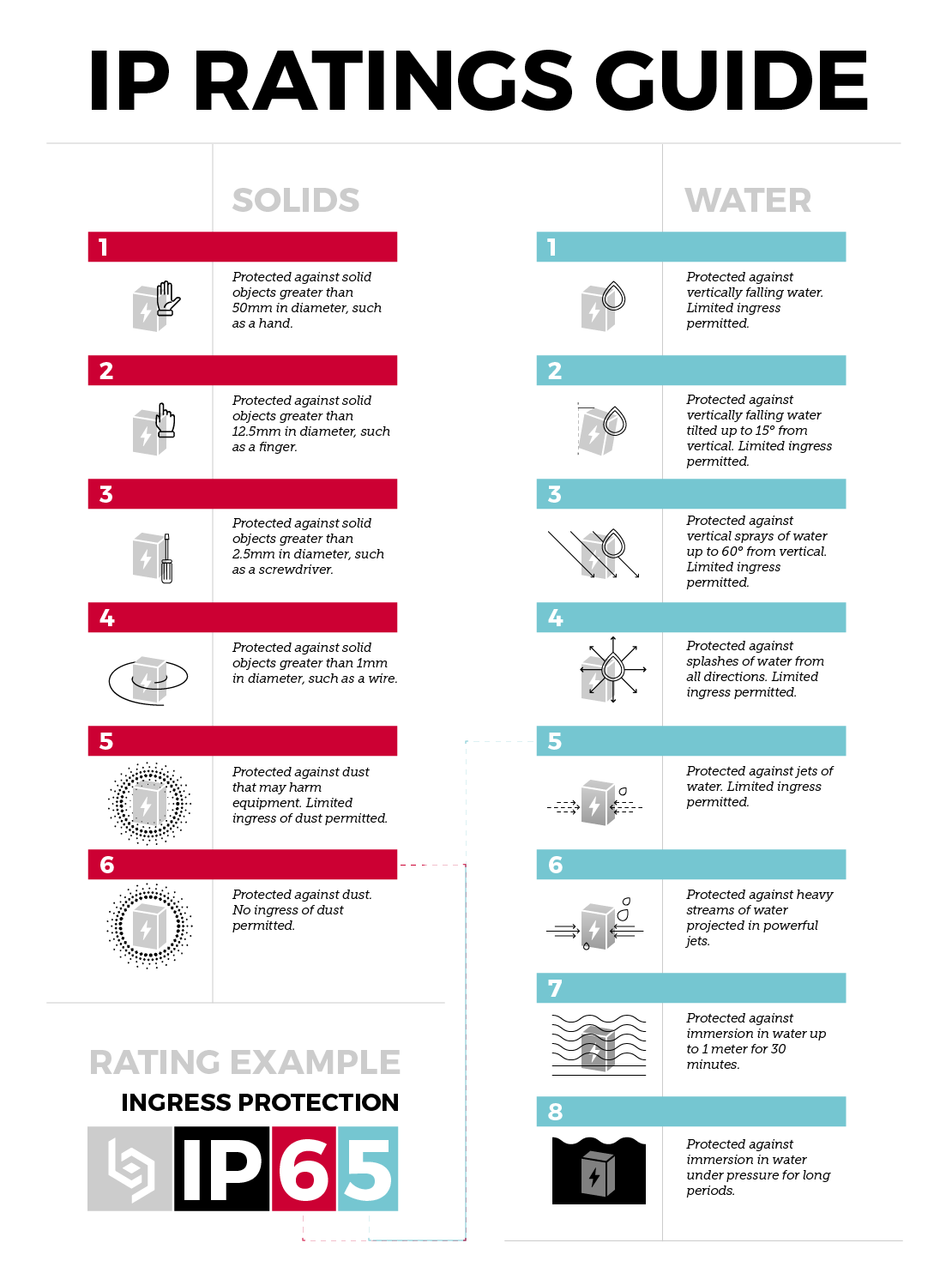 An IP rating consists of two numbers. The first describes how protected a device is against dust; the second against water. For example, IP68 means a device is dust-tight and can be immersed in more than a meter of water without leaking. IPX4 means there is no dust protection and the device will be fine if it’s splashed with water. These ratings are determined using standard tests.

Design engineers use a number of tried and true tricks to create reliable seals. Consider a water bottle. Screw the cap on tight and even the cheapest disposable bottle won’t leak. When you twist the cap, the threads on the bottleneck drive it down and exert a compressive force. In a durable stainless steel water bottle, the compression presses a rubbery gasket inside the lid against the bottle lip, sealing it.

Examples of products in need of sealing, from simple to complex.

In a disposable plastic water bottle, the inside of the cap has a tapered surface that’s soft enough to conform to the bottle lip when the cap is threaded down tight. Either way, the basic technique is to compress a (relatively) soft material between two hard surfaces to seal out liquid water.

This basic sealing method is used in all sorts of consumer products, from travel mugs to garden hoses. It’s one example of our tried and true tricks. Often, though, we’re met with challenges that defy easy solutions:

The bigger the surface to be sealed, the more force we have to apply. A good example of this is the GoPro, a highly durable, wearable camera used by extreme sport aficionados and rated to IP68. The camera goes inside a waterproof case. The case has an over-center latch that makes it easy to apply a significant amount of force, sealing the gasket on the perimeter of the case.

Great, you’ve successfully designed a sealed enclosure but now someone takes it on an airplane. The lower cabin pressure of the airplane will cause the air inside the product to expand and try to escape. That might be okay if there is only a tiny amount of air inside, but if there is too much you need a safe and waterproof way to vent it. We use hydrophobic membranes to allow air exchange but still prevent water from entering. You can also embed the guts of the product in pottant, a rubbery material that is great at protecting electronics and eliminating the air pressure issue. 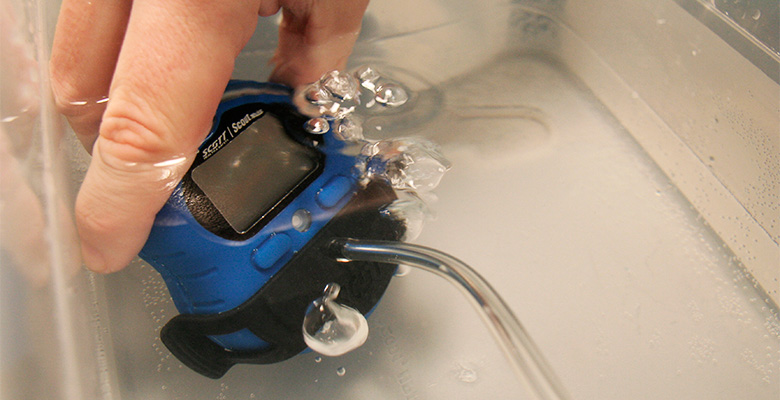 Challenge #3: Buttons and other complications

Bresslergroup recently designed a handheld toxic and combustible gas meter called the Scott Protégé. The device needed to be sealed to IP67. It also needed buttons, vents to admit gas but not liquid, and an audible alarm.

Our solution was a two-shot molding—the interior molding was clear and hard and served as the structural case, as well as a lens for an LCD and warning lights. The exterior case was an elastomeric overmold, which protected the device when it was dropped, formed a continuous gasket, and included buttons to activate internal switches. 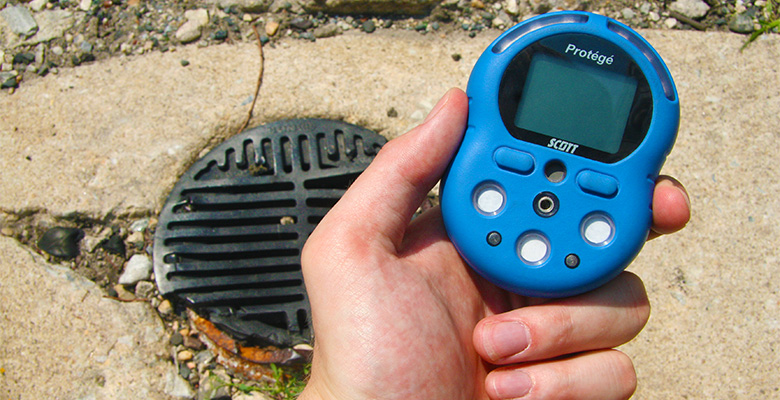 Sealing a water bottle with a single, circular opening is simple. Flat circular gaskets and O-rings are standard, easy to manufacture, and provide uniform forces for the sealing surfaces. Having just two rigid parts to seal between—the cap and the bottle lip—also keeps it simple.

Sealing gets trickier when the shapes aren’t uniform (circles are best), or when more than two parts meet up. A common reason seals fail is because the surfaces aren’t uniform and a gap forms that can’t be eliminated no matter how hard you screw the parts together. The other common cause of gaps is rigid parts that aren’t rigid enough or aren’t molded flat enough. You can account for this by having a gasket with sufficient thickness and by analyzing the actual sealing forces the parts will be able to exert.

Tools and Some Final Advice

There are a lot of good tools to reach for when trying to get things to seal. Overmolded elastomerics, double-sided foam tape, ultrasonic welding, hotplate welding, and good old O-rings are all good solutions depending on the situation. Keep in mind the client’s needs and also whether a product is high or low volume before deciding how to proceed. Don’t forget to test, test, test, and test—and eventually you’ll find a solution that’s water-tight.