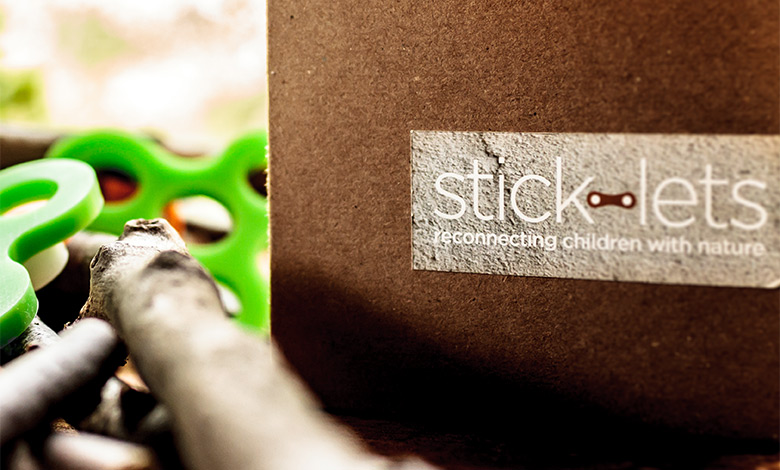 WHAT’S NEW HERE: Silicone connectors used to build forts and structures out of sticks are a modern twist on building blocks that entice kids to go outside and play.

Growing up in northern New Jersey, Christina Kazakia, 29, grew up exploring the woods behind her house with her best friend. “I remember climbing trees and being scared at times, and that it was always thrilling,” she says. When her graduate thesis advisor at the Rhode Island School of Design told her to pick something she’s passionate about, she immediately thought of play and nature. “Everyone’s so plugged in now, including me,” she says. “It’s hard to unplug and open your eyes.” The industrial designer wanted to create a product that encourages kids to see and appreciate nature’s beauty and utility. 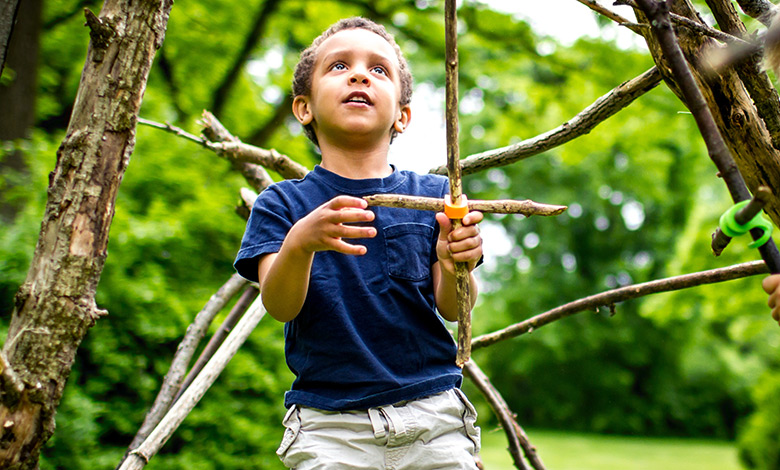 Just Scream It: She could think of about a million nature-related toys but couldn’t decide on one direction, so her advisor advised her to stop thinking and just scream something out loud. Out came, “Something to build forts with!”

Targeting an Audience: Recognizing the trend of populations rising in urban areas, she zoomed in on city kids. She was also interested in countering the misnomer that the city is devoid of nature. “If you look for it, you’ll find it,” Kazakia says. “You’ll collect fifty sticks in no time.” (This is true. My four year old can turn up an armful during a short walk through Queen Village.) 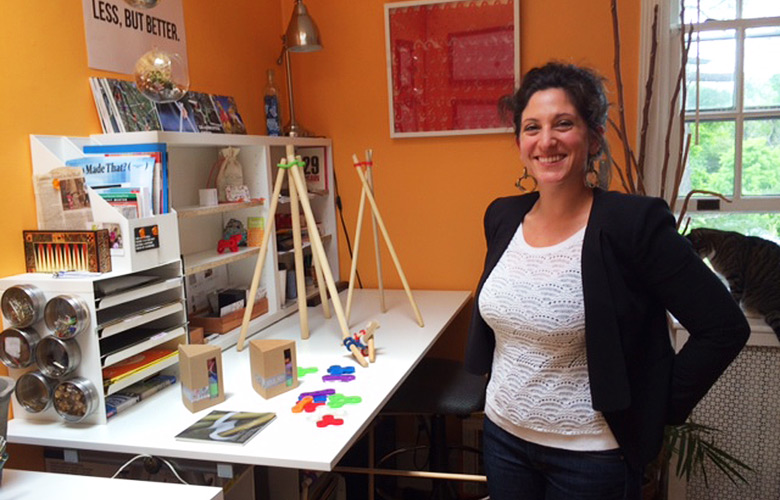 Less, but better: She conceived of an all-in-one-kit, but handing a kid everything in a bag didn’t satisfy her goal to get them outside and exploring nature. She started thinking about a system that requires natural elements, scavenged by kids, to work — and then narrowed that idea down further to a single prompt. “If they have to go out and get the material,” she says. “If they have to do the work, they’re going to be prouder of it.” (This strategy aligns with the design philosophy on display in Kazakia’s monarch-orange colored home office: Dieter Rams’ “Less, but better.”) 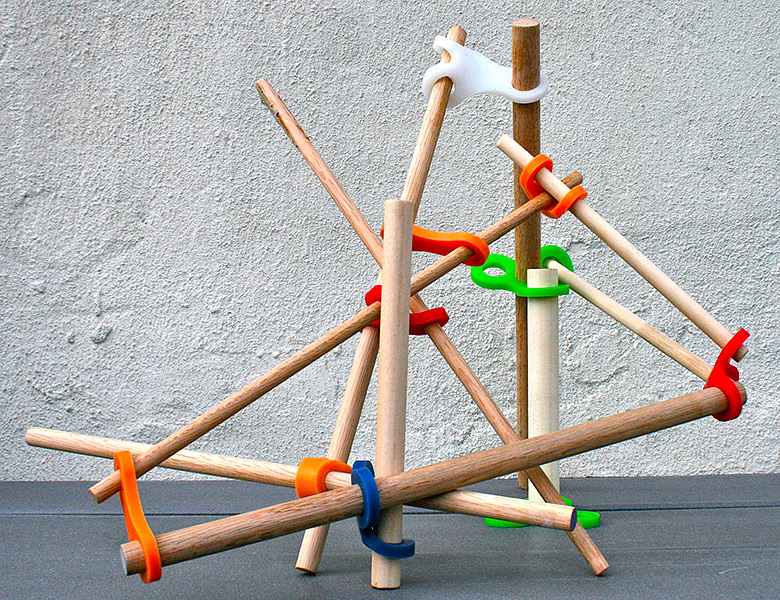 User Research: The designer went to a lot of after-school arts programs, at-risk programs, and nature camps, convincing teachers to let her observe kids at play and then to bring in early silicone prototypes for their feedback. The earliest Stick-let was squarer and stiffer and evolved to have a more elongated “neck” for easier flexing and twisting. Kazakia also added more shapes, going from three basic ones to six.

The sizes range from three-eighths of an inch to two inches. Kazakia has found that kids feel more comfortable with sticks of smaller diameter. “With their smaller hands,” she says, “it’s hard to manipulate a two-inch connector, and a large stick is really heavy.”

The kids demanded bright colors, which Kazakia already had in mind to contrast with the earthy hues of sticks. She went with a palette more sophisticated than the primary colors found in most kids’ products. “The white is a late addition,” she says, “I think it gives it more of a modern look, instead of something like yellow.” 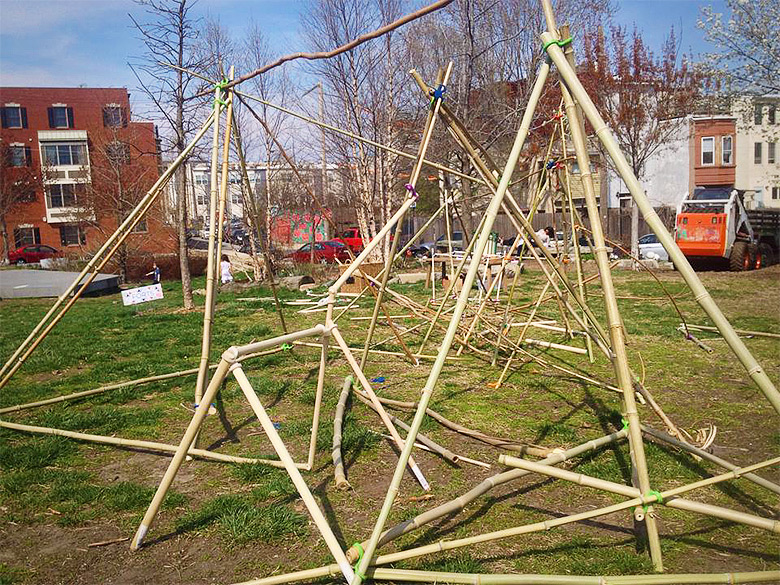 Early Success: Stick-lets debuted at the RISD senior show in June 2011, where people bought the handmade connectors she put out on display. She started selling trial runs of the product in October 2012. After two years of listening to stakeholders including kids, moms, dads, retail stores, and distributors, and tweaking the Stick-lets, she invested in a run of 30,000 kits for a Kickstarter campaign that ended earlier this month. (Kazakia herself has experienced some early success, too. She was part of the IDSA’s inaugural Women in Industrial Design show in San Francisco, also earlier this month.)

Not Just for Kids: One of the reasons for the Kickstarter was to raise funds to develop Stick-lets for new audiences. She found while testing the product that six-year-olds aren’t the only ones interested. “I had a woman buy a kit for her 90-year-old dad to use in the garden,” she says. “I’ve got to think about his dexterity, too.”

To read about more Philadelphia-based product innovation, check out the Design Mind archive.