For most people, “new technology user” automatically conjures up a picture of someone in their 20s or 30s — maybe 40s, if it’s related to parenting or finance.

The belief persist that older adults don’t like technology, despite growing evidence that older users are quite willing to embrace new devices and software.

Like most of us, those 65 and older have specific needs and preferences, and they tend to use technology that’s designed with them in mind. The stereotype comes more from our failure to understand their needs than from any lack of ability.

A deficit of age-awareness in design misses a golden opportunity for using tech to make our golden years better. Older users face all sorts of challenges, like health issues, reduced mobility, and social isolation, that technology could do much to address.

The lack of age-awareness in design misses a golden opportunity for using tech to make our golden years better. 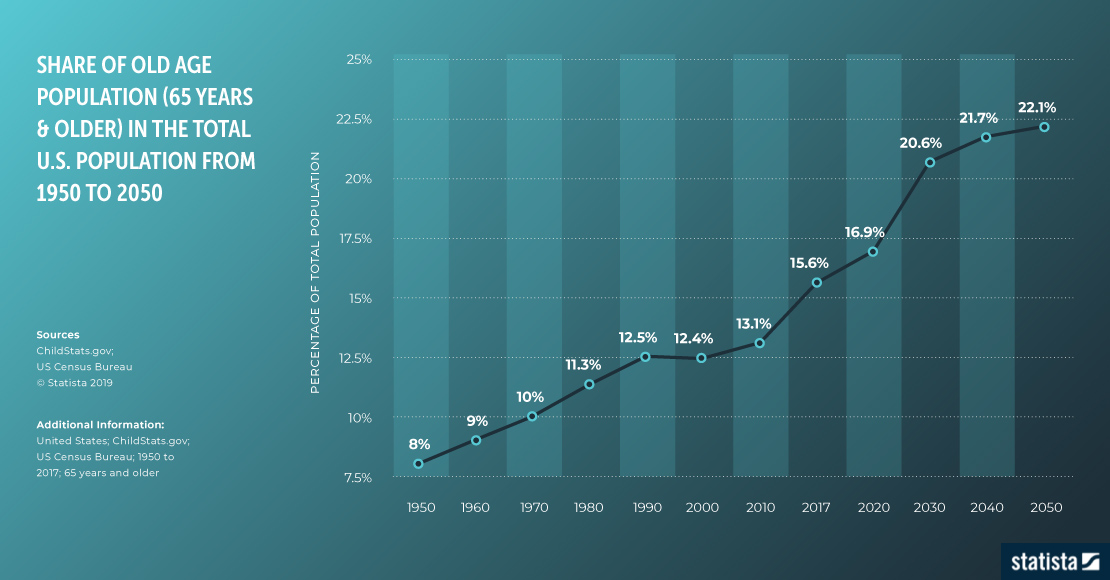 From a commercial perspective, aging consumers are an ideal market, with plenty of free time and unprecedented disposable income. The Baby Boomers are the wealthiest generation in world history, and most of them are already past retirement age.

All of this suggests we should start getting serious about age-aware design and tech for older adults. We could start by focusing on these four technologies that hold exceptional promise: 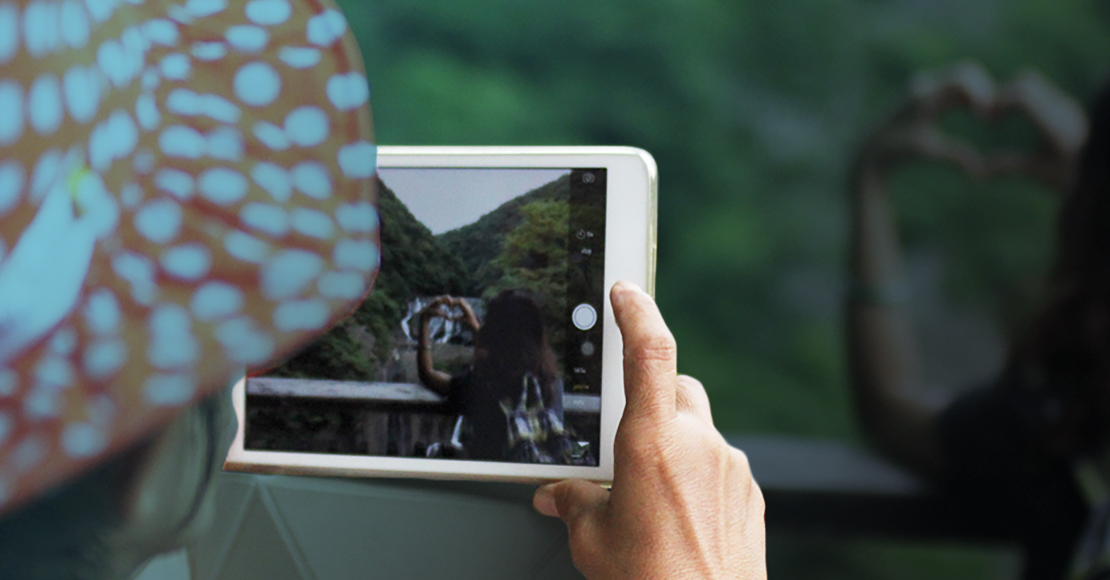 Touchscreens: The Potential for Ultimate Ease of Use

Obviously, touchscreens aren’t a new technology, or even particularly exciting these days. But the way they’re implemented leaves plenty of room for improvement.

You may have heard that “the iPad is the senior citizen’s iPhone,” or maybe you’ve witnessed firsthand an older couple at a concert or museum, using a tablet to take pictures the way others might use a smartphone. It’s kind of obvious why older adults flock to tablets: they’re as full-featured as smartphones, but don’t force you to squint at tiny icons, or learn dozens of small, fussy taps and gestures. On a tablet, what you see is generally what you get, so the learning curve is fairly short. And there’s enough visual real estate to allow for better readability and a more forgiving interface. 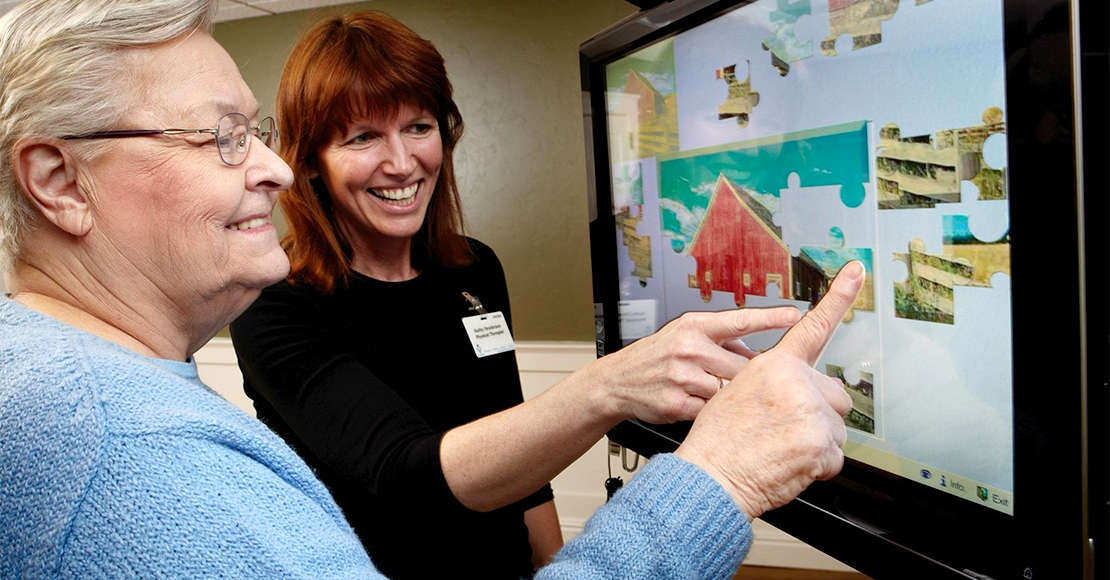 Taking this trend to its extreme, you end up with something like iN2L (“It’s Never 2 Late”), a tech company that builds “engagement systems” using extremely large touchscreens, designed for the common areas of assisted living and retirement communities. By going large (up to 70 inches), the screens feature an interface with large icons, going straight to apps and content customized for older users: communication apps, interactive games, photo albums, wellness information, and more. 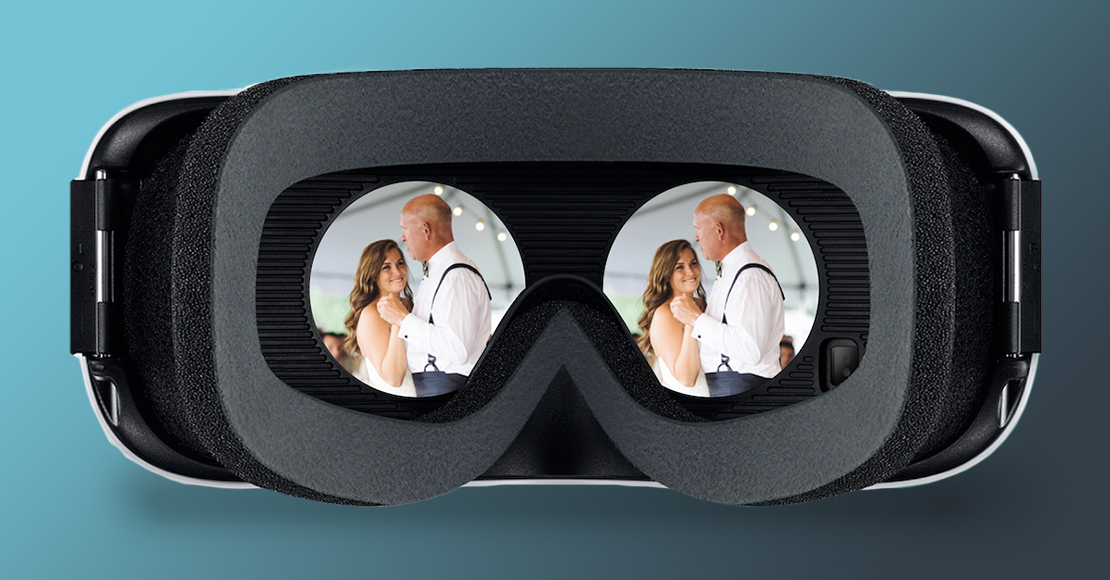 We tend to think of Virtual Reality as something for the youthful and cutting-edge, in applications like gaming and data visualization. But at its core, VR is just a tool for putting you in a different place (real or imagined) without having to physically go there. For someone who can no longer travel, or longs to have a closer connection with distant family, this offers just about infinite possibilities. The most common complaint among people living in retirement communities isn’t physical or cognitive, but social. Separated from family and friends, and sometimes facing limited mobility, a sense of isolation can easily set in. 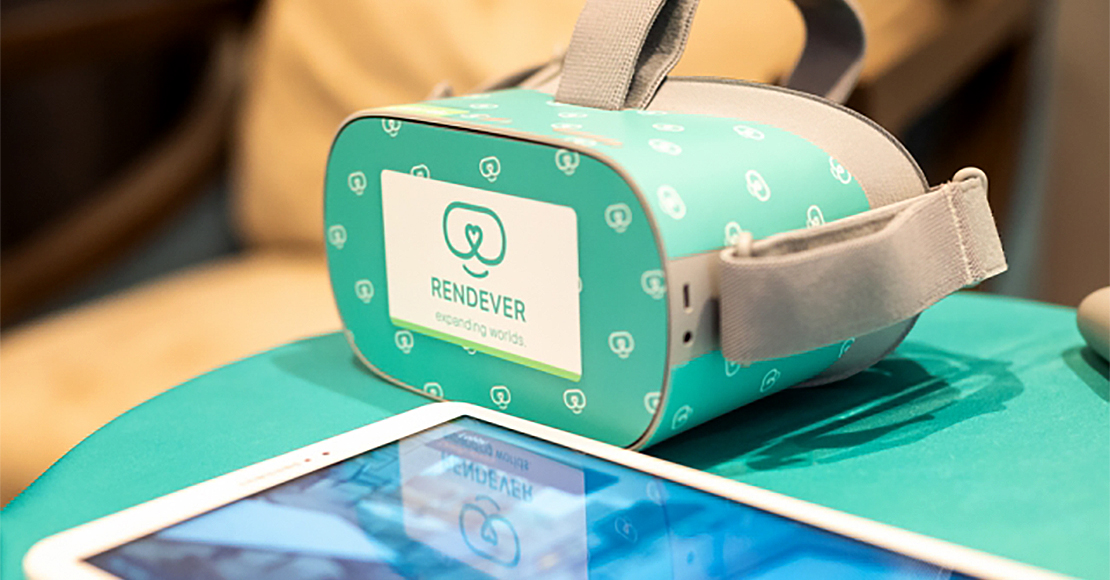 Rendever is one company that’s taken VR into the retirement community with great results. Their custom systems let users visit distant museums, cities, and landscapes any time, often together in groups, the better to add social interaction to the sense of discovery. They also offer “reminiscence therapy” that takes users to places from their personal past, and a feature that lets distant family members upload video of their own for VR viewing. 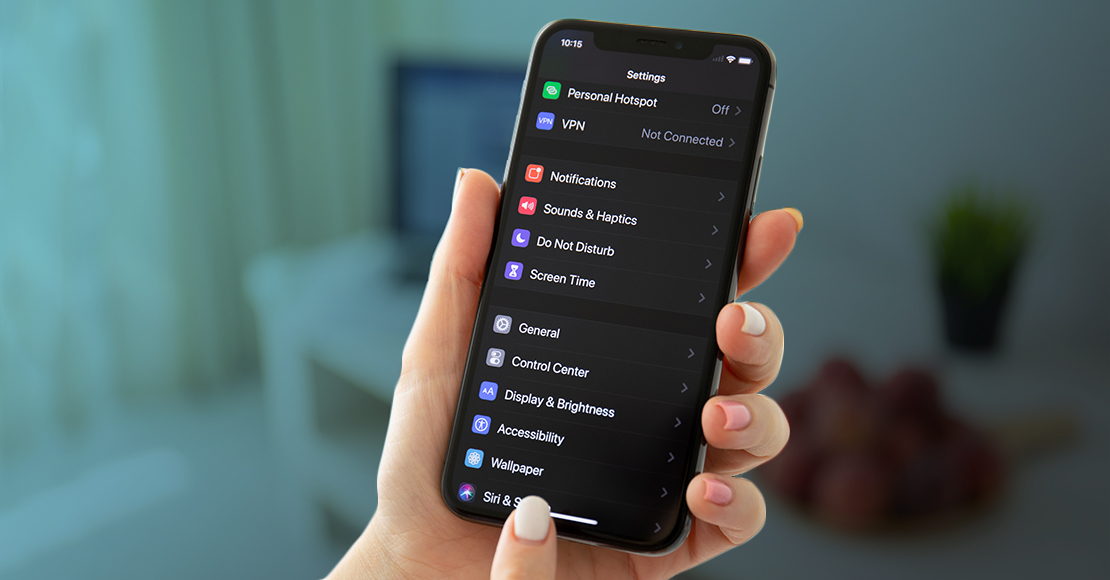 Machine Learning: The Ability To Make Devices Easier To Use

Machine Learning (and AI in general) has gotten a lot of press in recent years, mostly focusing on eyebrow-raising applications like self-driving cars and natural language processing, or high-stakes pattern recognition, like reading X-rays and playing the stock market.

That same pattern-spotting ability can also make personal devices a lot easier to use. One key factor in older users’ relationship to technology is that they’re generally less inclined to dig into the settings menu to customize their experience. This is a generation that grew up with single-purpose devices, whose functions and settings were out front and direct: you tuned the radio by turning a dial, you started the car by turning the key, and so on.

This generation grew up with single-purpose devices, with functions and settings that are out front and direct: tune the radio by turning a dial, start the car by turning the key.

Ironically, one of the best ways to make modern technology replicate some of this directness is to add more intelligence to it. A device that’s constantly gathering data on how it’s being used, and adjusting its own settings to optimize performance, is going to take a lot less fussing around to make it “just work.” 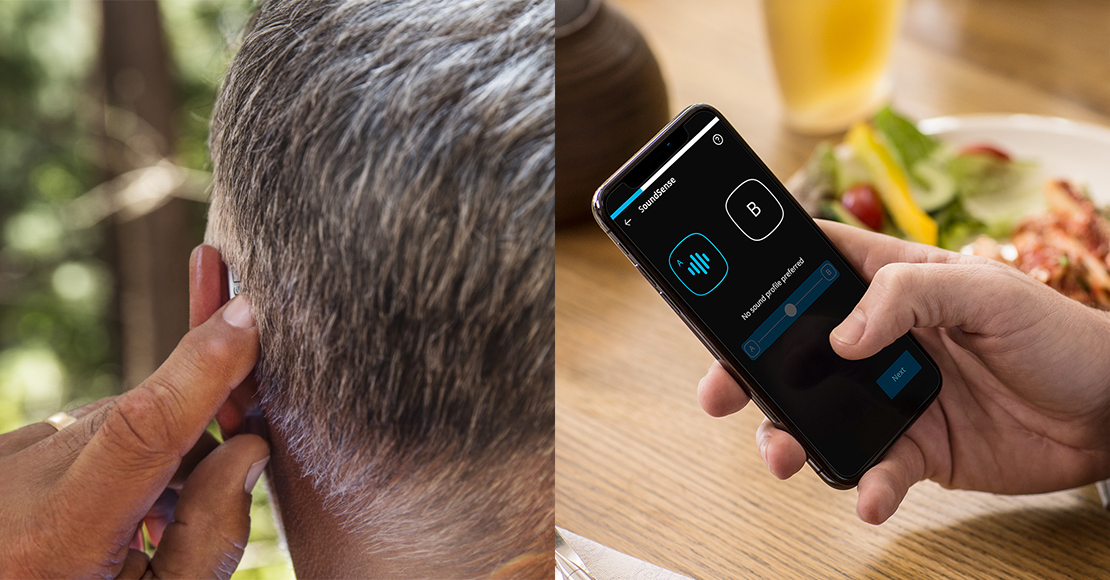 The EVOKE line of hearing aids from Widex is one example, using machine learning algorithms to automatically adjust itself over time, to deliver better sound quality to wearers. The Nest thermostat famously does the same thing with temperature settings, so you adjust it less and less as it learns your routines and preferences.

This is just scratching the surface though. Imagine a video/voice assistant that optimizes brightness and volume by paying attention to its use environment and observing user adjustments (or even physical location). Or a home screen that gradually adjusts its layout, to make the most useful features more accessible at the right time. These sorts of adaptations are nice to have for anyone, but for older adults they could make the difference between daily use and total frustration. 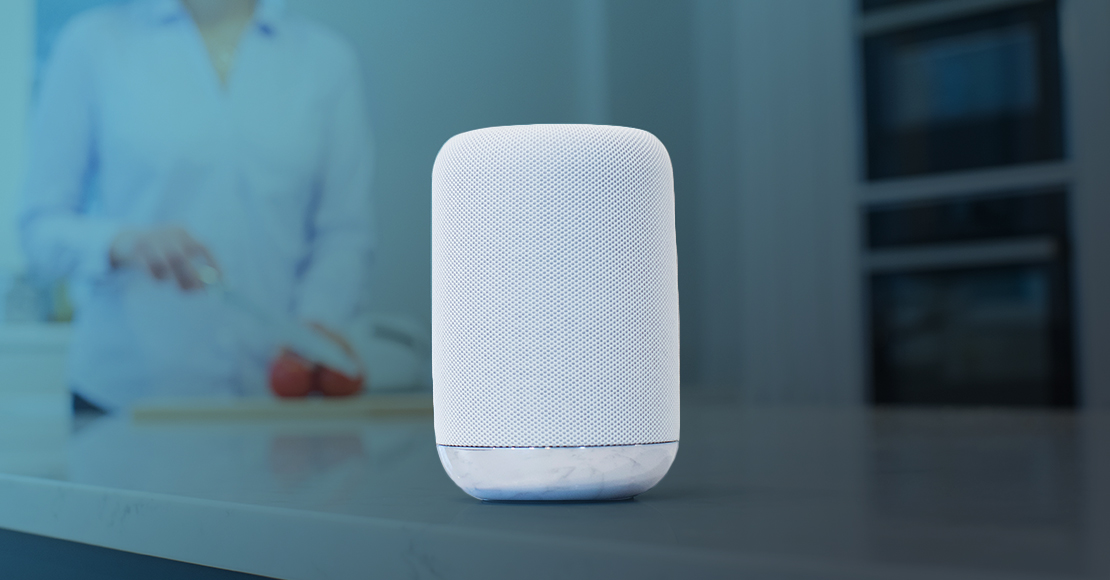 For a while it seemed like voice assistants were a solution in search of a problem — why ask Alexa the weather when you can just look at your phone? But recent years have shown older users really embracing voice interaction, and in many cases falling in love with it.

This shouldn’t be that big of a surprise. We often lose physical dexterity and visual acuity as we age, but the ability to speak clearly is something we maintain longer, making voice assistants more accessible to older adults, or to anyone with physical limitations. Voice also has a short learning curve. Yes, you sometimes have to learn the “right” way to ask your Google Home to do something, but this is typically pretty quick, and feels more natural than figuring out a tap-and-swipe interface. 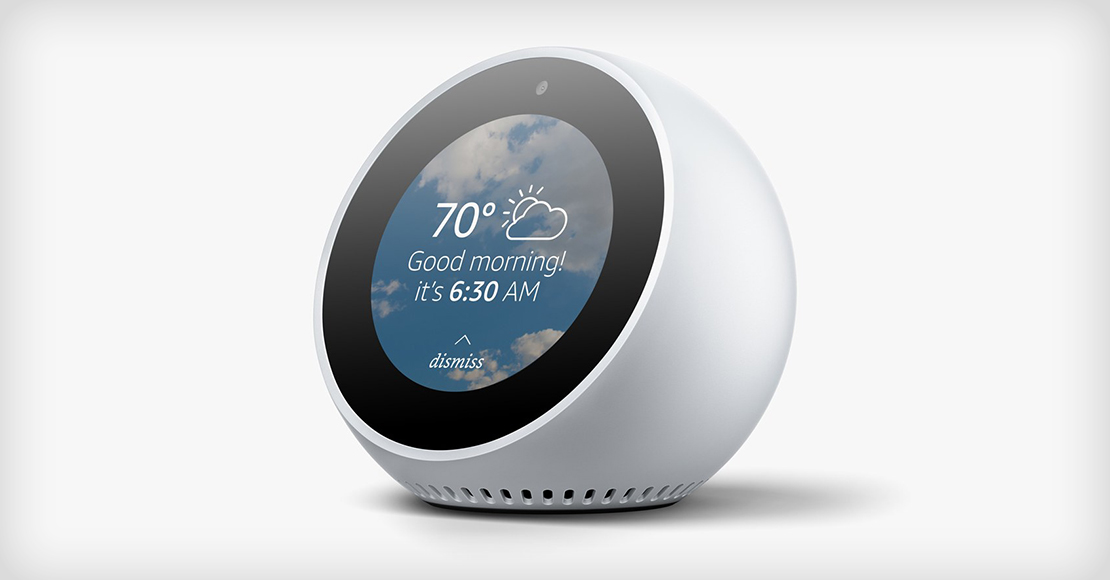 All of this makes the voice-connected smart home a godsend for many older adults. One of the greatest fears associated with aging is an inability to be self-sufficient: needing someone else to turn on the lights or adjust the temperature can feel frustrating and embarrassing. With a fully voice-integrated smart home, living a normal life becomes much more sustainable, even when you need a walker to get around. Don’t be surprised if Voice Integrated Home Installation becomes a growth industry, as millions of aging Boomers re-fit their homes to maintain their independence.

The other thing is, voice assistants really do help with feelings of isolation and loneliness. Communications apps and telepresence make it easier to stay in touch with friends and relatives, but what about the hundreds of little exchanges that make up daily life when you’re raising a family or working in an office? These casual interactions have a real impact on our mental well-being, and being able to talk to someone — even a digital someone, to ask them what the ballgame score is — does wonders to dispel isolation.

The Task Ahead for Product Designers

If we can learn to get past the stereotypes, the next steps are clear:

When we decide to create products specifically for older users (and we should), we need to focus on getting unnecessary complexity out of interfaces, and creating a clearer link between the interaction and the outcome. Remember, up through the 1980s most tools and devices had physical components that made this linkage obvious, and millions of us grew up expecting that. It’s also worth thinking about a voice control option for just about everything; given the ease of integrating Google Home and Alexa into smart devices, this is a pretty easy ask.

We need to include older users in our design research, at a level that recognizes how big and important a group they are.

The fact that there aren’t already thousands of high-quality, well-designed devices and digital services out there for older adults probably stems in part from our reluctance to think about aging — even though it’s a phase of life we’ll all eventually encounter. If we start addressing these needs now, not only do we tap into a huge market, we set a precedent for happier, more active aging that eventually benefits us as well. 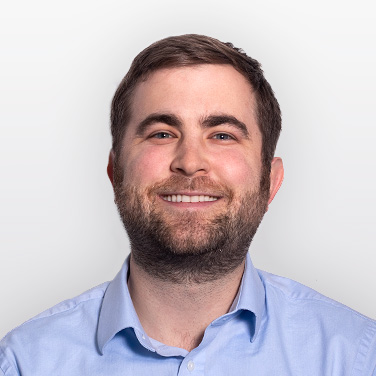 Dan loves the challenge of a new project and the satisfaction of achieving a tight timeline. He understands the many facets of product development and is fluent in many languages — including C, C#, C++, JAVA and SQL databases — thanks to his eleven years of experience as a hardware engineer, firmware engineer, and software systems design engineer. Dan earned his master’s degree in engineering management from Drexel University, and he holds a bachelor’s degree in electrical engineering from UMass Amherst.