Last week we had the pleasure of hosting a group of students from KIPP Philadelphia, the West Philadelphia-based charter school with a college-prep focus.

The students who came to our office are juniors and seniors in KIPP’s STEM program, and they explore STEM careers by visiting different companies around town. They heard from our Director of Engineering, JD Albert (who happened to be named one of the youngest inductees to the National Inventors’ Hall of Fame on the day of KIPP’s visit), who gave a presentation about being an engineer. 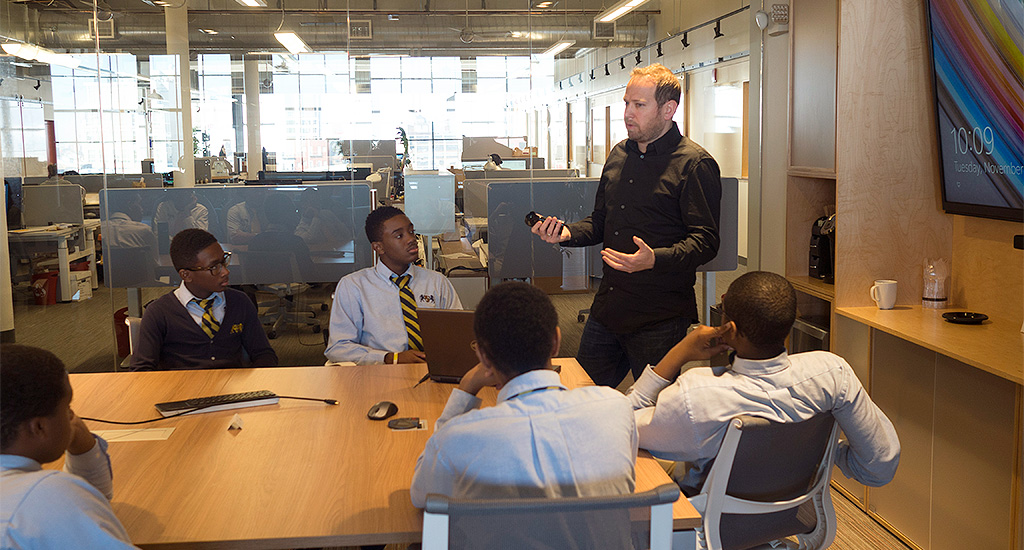 “A lot of engineering,” he said, “is using math and your brain to figure out how big to make things.” Engineers spend a lot of time figuring out details like what materials to use, how to achieve the right degree of stiffness, how to make triggers move and lights light up, and how to elegantly fit the guts of a product inside the product.

JD summed up being an engineer as kind of like being one of the Master Builders in the LEGO movie.

To illustrate some of these points, JD took apart a Temptu Air, an at-home airbrushing device he and his team developed, and talked through the decisions that went into choosing the pump, battery, and screws, and developing the plastic case, circuit board, and trigger.

We knew the KIPP kids were for real when one of them spent the next ten minutes of JD’s talk putting the Temptu Air back together. 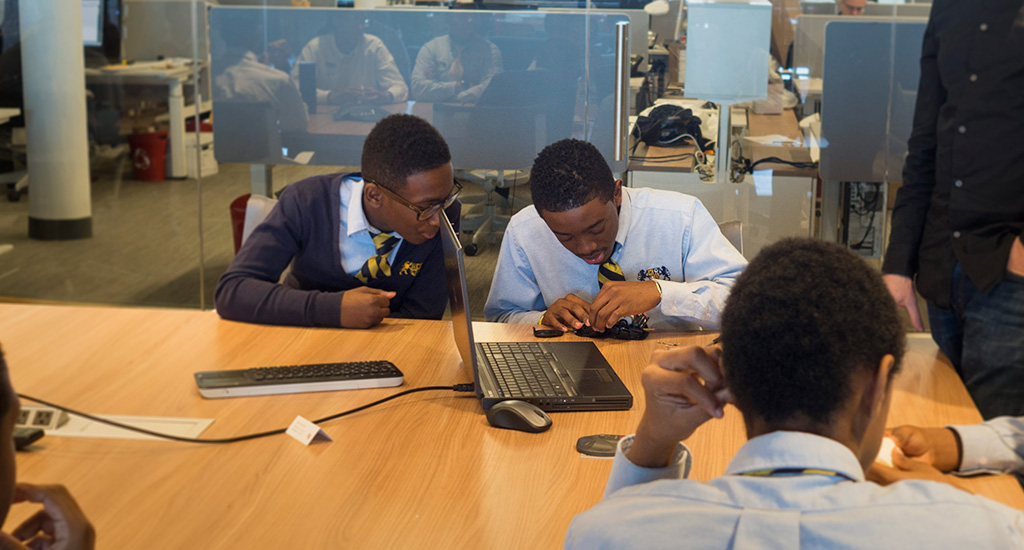 Then JD talked about how a love of tinkering, math, and science led him to study engineering at MIT – and what he likes about working as an engineer.

“In college, I got to keep doing all the things I liked to do as a kid,” he said.

In one class, he played with LEGOs for an entire semester. In another, he made robots. As a “brain for hire” consultant, he gets to keep learning and playing. A stream of new clients brings opportunities to learn about new things and new industries. The best part: “There’s an endless list of problems,” he said. “We’ll never run out of problems to solve.” Or new things to learn. 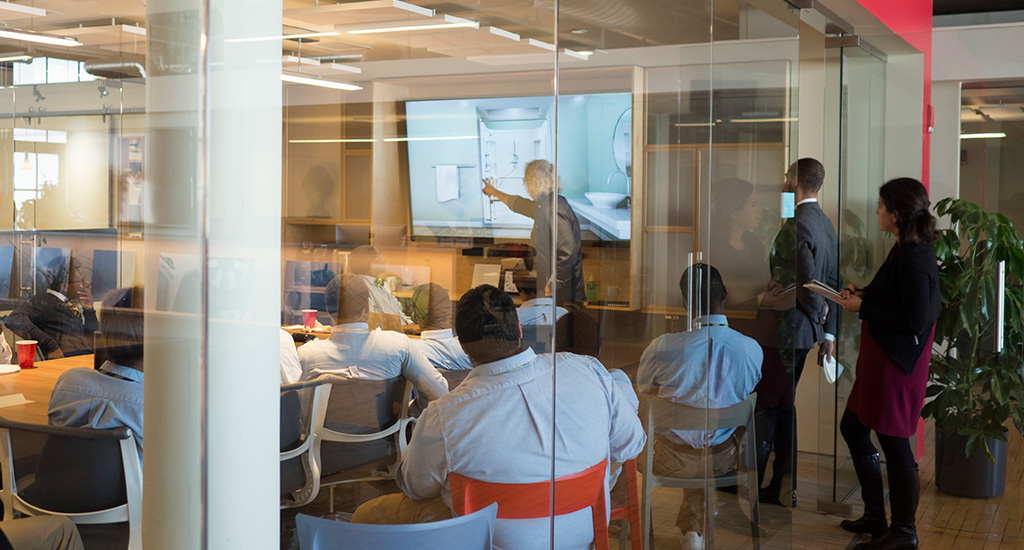 Talking through some Bresslergroup projects.

Engineers Know How the Universe Works

Every day JD gets to satisfy his lifelong curiosity about how things work. And he doesn’t turn it off when he’s not in the office. “We use the whole world to do our job,” he said. Recently he got an idea for a solution to a problem he and a client were trying to solve when he was using a tool in his kitchen. He took a picture of the relevant part with his phone and sent it to a co-worker.

One of JD’s college classes required played with LEGOs for an entire semester. In another, he made robots.

When he’s hiring an engineer, JD looks for people who spend their free time tinkering. “A lot of the people here have really strange hobbies,” he said, “and that’s what I like to see.”

JD summed up being an engineer as kind of like being one of the Master Builders in the LEGO movie. When you look at something, you view it in terms of how it’s made. Eventually you know how the universe works. 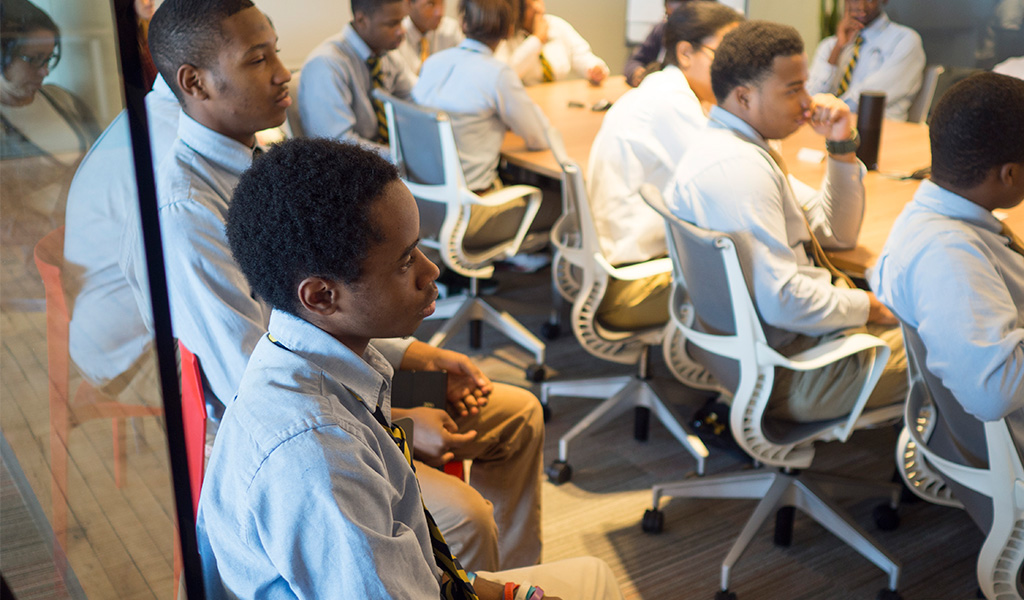 After a pizza lunch and some shuffleboard, the students shared what they’d learned. They mentioned CAD, 3D printing, how much work it takes to make one tiny product, and how the seemingly simple things we use in our everyday lives can actually be really complicated. And a couple of them shared a little about what STEM means to them.

Our favorite response: “One day I’m going to walk into a store, see something on the shelf and say, ‘Hey, I made that!’”

We think they’re off to a great start.