Since we introduced you to our in-office home brew project in January, the Bresslergroup Brewery has been mashing on.

Last year we began to experiment with brewing beer at our Philadelphia office — and to simplify, streamline, and automate the typical home brew process using Bresslergroup’s multidisciplinary approach to product design. In our first round of brewing, we developed a skeleton system and two brews: Proto-Porter and User-Centric Saison. The beers were a success, but our skeleton system was still bare bones.

In round two we began the iterative process to advance our prototype and test how minor parameter changes would impact the final outcome.

Part of the challenge and fun for home brewers is how changing a single variable can have a big impact on the final product. That makes it difficult for home brewers to replicate the same beer again and again — but an automated system would greatly improve repeatability.

With our next brews we wanted to play with this idea of controlling the process. We used the same process and recipe for two batches, but we changed one parameter, the mash temperature, in each.

Changing the mash temperature changed the fermentability of our wort, which essentially determined how easily the yeasts were able to digest the sugars and produce alcohol. That changed the final gravity and residual sweetness and came out in the taste and feel of the beers.

The result was two drastically different cream ales: The Dry One and The Sweet One. 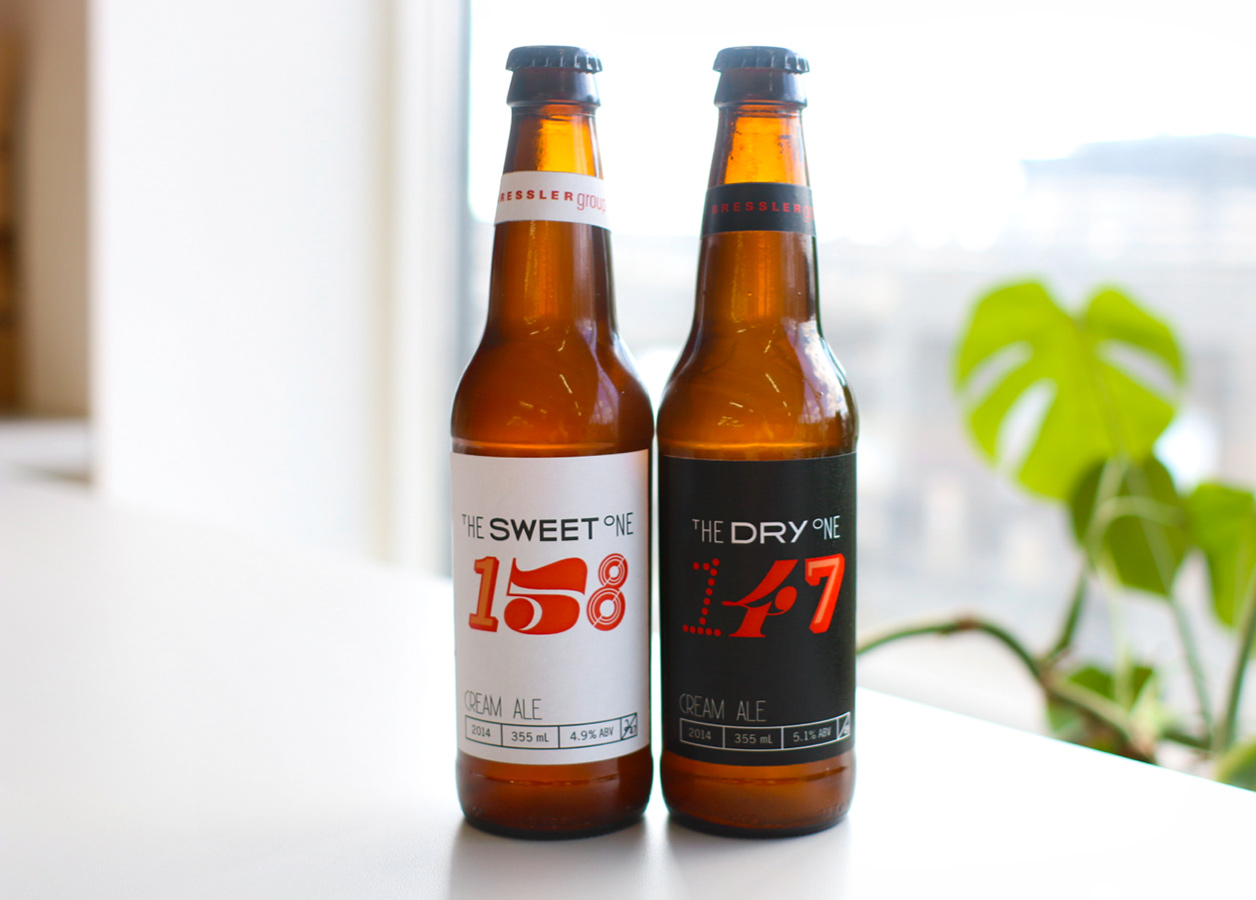 Since changing just one variable can drastically alter the final outcome, it’s important for brewers who want to repeat the taste and feel of a beer to be able to track their brew process so they can replicate it in the future. Brewing beer also takes time, and over the typical four- to six-week brew process, it’s easy to forget when to take key steps.

There are a lot of steps in the brewing process.

We began the development of a tool that tracks and shares brewing data, acts as a brewer’s assistant — reminding brewers of key ingredients or brewing days — and controls certain aspects of some of the more complex home brew systems. It lets you monitor your home brew remotely,

We benchmarked competitive products that are already on the marketplace — such as PicoBrew Zymatic, the Spiedel Braumeister, and the BrewBot. The PicoBrew is limited to a 2.5 gallon batch size, and while there are pros to having a completely automated brew system, we prefer one that lets you do some of the work. (To us, the most desirable home-brew system encourages some interaction and artistry — and is not totally hands-off and sterile, like a Keurig coffee machine.) The Speidel requires users to brew in concentrated batches. And the BrewBot is automated but not customizable.

The cheapest starts at $1,600 and with each product it seems something has to give. Our goal became to compile a computing system with high efficiency and a full-batch size.

We called in Bresslergroup’s interaction design (IxD) team who nailed down requirements by posing the question: How can we build a whole interface or whole system that is easy to use, seamless, and integrates with smartphone technology to allow brewers to remotely monitor their systems from any time, any place?

Off to the home brew store to pick up supplies.

The IxD team collaborated with us to map out a brewing process, envisioning a perfect brew day that starts with picking up ingredients at a home brew store. Maybe the user could pull up a recipe checklist on his mobile device to see what he needs to buy. Our software might also include an inventory system that lets you keep track of current supplies.

Then comes crushing the malted barley and beginning the mash.

A push notification is received while the user sits back and enjoys “The Godfather.”

The chilling process has begun.

We continued to identify all the features a home brewer might require throughout the process — push reminders for brewing milestones, such as when the mash is complete, when the chilling process has begun (so you know to get your fermentation chamber set up), and when it’s time to bottle. Also: a control box to regulate parameters like temperature, a way to record the brewing process, and a way to connect with other home brewers.

The brewer would also be able to get started on another batch, and manage multiple brews at once to streamline his efforts.

From there, the IxD team sketched conceptual drawings and started to develop a prototype of a Web-based application that would package those tools, be integrated into a home brew system, and be accessible via tablet or smart phone.

Starting to develop the embedded system and app.

We’re exploring several options with an embedded interface — likely running some flavor of Android — that we can seamlessly integrate with our industrial design. For prototyping purposes, we’ve been experimenting with Arduino as the microcontroller that can monitor and communicate with mechanical and electrical components, such as the hopper or the thermostat on the kettle.

Ultimately we want to connect that software to the electronics that will enable us to monitor and regulate the brewing process remotely — and to keep it all simple and worry-free for the end users, the home brewers. To get there we’ll continue to iterate. We’ll prototype, turn klugey physical controls into an elegant user interface, and work with our industrial designers to envision how this whole thing might look as a sleek, streamlined package.

One of our industrial designers, Rizki Tarisa, sketched the concept you see above in our “perfect brew day” storyboard — the form is inspired by a penguin.

We shared our first two brews with Bresslergroup staff — the Proto-Porter at the company holiday party and the User-Centric Saison a few weeks later. This time around, we hosted a Philly Tech Week happy hour that doubled as user testing. Guests sampled The Dry One and The Sweet One, and we gathered their feedback.

Our users-slash-tasters identified citrus as the main hop flavor in both beers. The Dry One had a wider variation of more subtle grain flavors and some tones of a grassy, herb flavor. The Sweet One was mainly dominated by wheat flavors.

Both beers had strong yeast aromas and tastes, and both had a similar appearance.

How user-testing data collection might look in the Bresslergroup Brewer app.

We plan to integrate this or a similar tasting survey into the Bresslergroup Brewer’s application so users can analyze the characteristics of their brews, and compare recipes and iterations with fellow brewers to fine-tune results. With enough crowd-sourced data, a picture of regional brewing tastes and preferences might begin to emerge.

Because what good is doing all this work if you can’t share it and collaborate?

Thanks for following along — we look forward to sharing our next steps and brews with you.

We’d like to thank our Philly Tech Week testers, who even gave us feedback on the length of our tasting sheets.