Comcast recently made a big splash in the world of assistive technology by launching the industry’s first voice-enabled television user interface, or “talking TV guide,” which gives blind and visually impaired customers the ability to independently explore and navigate thousands of shows and movies.

Comcast’s vice president of accessibility Tom Wlodkowski, who is blind, said the new interface “is as much about usability as it is about accessibility.” Eminently more usable than navigating a complicated channel grid, voice command also comes in handy for people with sight.

Think about the multitaskers who don’t have their hands free to manipulate a remote control – the laundry folders, the moms who’re nursing babies, the social media surfers. Aging populations also benefit greatly from voice user interfaces. (See Yves Béhar’s new ElliQ which interacts with users via verbal notifications.) Accessible, also called assistive, designs that specifically consider the needs of the disabled are often adopted more widely as others find new uses for them. (This is why my colleague, Mathieu Turpault, counsels designers not to overlook the edge cases.)

What Accessibility Has To Do With Usability

Realizing that products designed for accessibility end up making life better for everyone else, Comcast launched an accessibility lab to drive research and development. I heard Wlodkowski give an inspiring presentation about accessibility and innovation at the 2016 Forge Conference and it got me thinking about how the desire to address disability drives innovation forward.

Accessibility and usability share key goals — both are concerned with creating an intuitive user experience. An intuitive product is one that is easy to learn and requires minimal effort for continued use. By necessity a product that is usable for someone who does not have the benefit of sight, hearing, or mobility must be more intuitive than most. 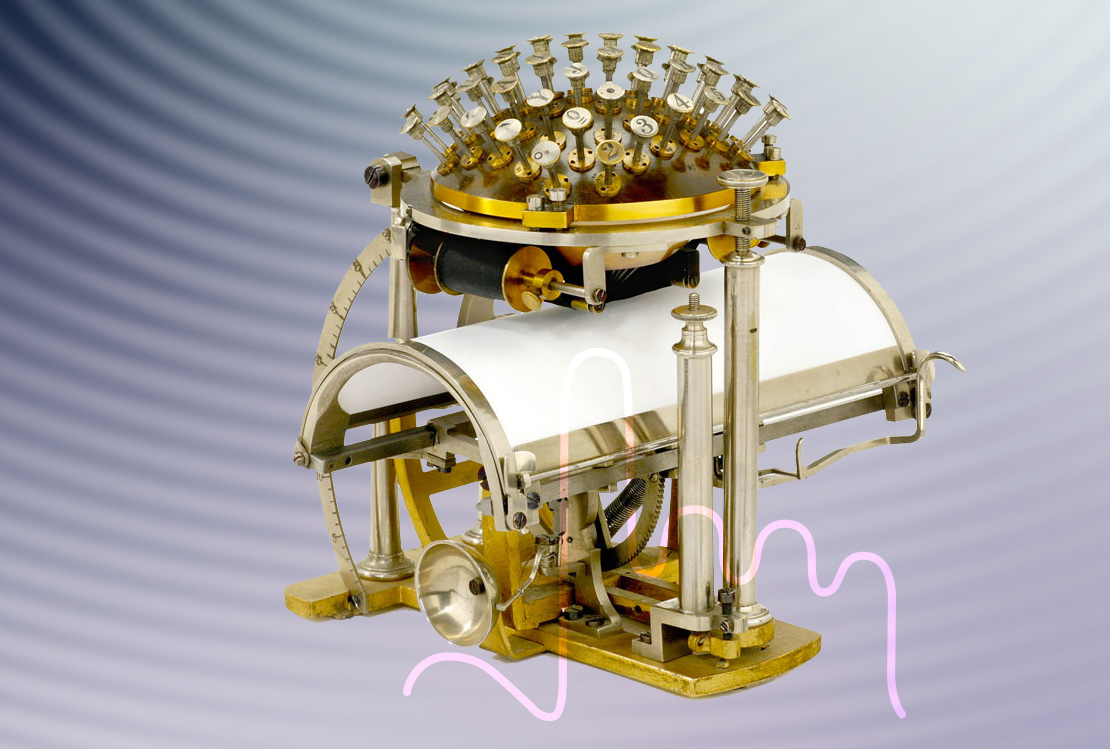 The world’s first typewriter was invented by Pellegrino Turri in the early 1880s for a young Italian contessa who discovered she was going blind. Turri then went on to invent carbon paper to create ink. A pen, ink, sealing wax, and open flame — the tools of communication in the late 19th century — would have been difficult and dangerous for a blind person to negotiate. The typewriter turned out to be easier, more efficient, and safer for everyone else to use, too, and it went on to inspire word processors and computer keyboards. Today, carbon paper, made for ink, is also widely used for fuel cell applications.

Another example of accessible design that spread far and wide is closed captioning, originally created for people who were deaf or hard of hearing. OXO’s Good Grips kitchen tools were designed with an arthritic home cook in mind.

Companies Who Understand The Link

Like Comcast, Google recognizes this link and makes accessibility part of its core mission. It has a strong track record of design for accessibility leading to improvements for all. Nearly a decade ago, for example, a deaf software engineer at Google named Ken Harrenstien developed a captioning tool for videos posted on YouTube.

Although his intention was to assist deaf users, the company soon realized that the software could also help translate languages. This inspired the creation of YouTube’s auto-translation tool that allows users to instantly add captions in different languages to the videos they upload. Today, this feature is very widely used. 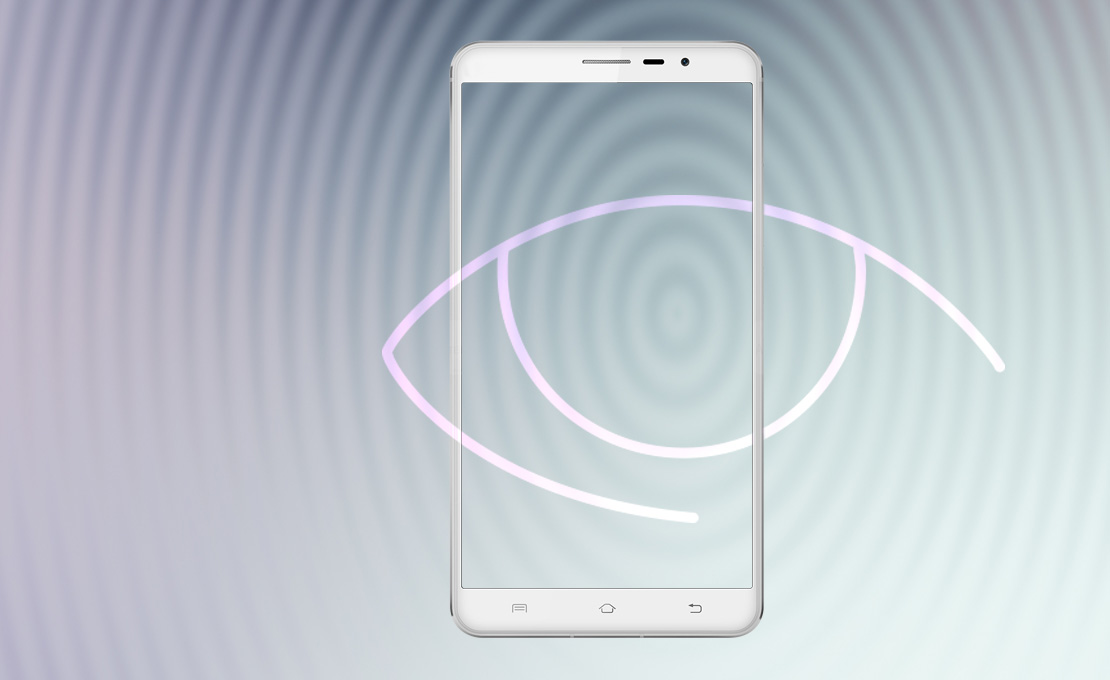 As Eve Andersson, head of Google’s accessibility efforts, told Fast Company reporter John Brownlee, everyone benefits from innovation spurred by disability. For example, Android’s accessibility guidelines for a smartphone’s screen-contrast can help those with a vision impairment see better; however, it also allows those without an impairment to see their smartphone screen more easily in the sun.

And Voice Access allows people with impairments — or anyone, really — to control every aspect of their phones with voice. The company is also experimenting with ways to use Google Glass-like wearables to receive real-world updates about what can be seen around them, and believes that the tech behind addressing this need could someday also empower robots to “see.”

In the U.S., the market for assistive technology is projected to grow from $40.6 billion in 2014 to $58.3 billion in 2020, according to BCC Research. In a market ripe for innovation, assistive tech is charging ahead with groundbreaking advancements in speech recognition, smart gadgets that can sync to a smart home and smartphone, and haptic on-screen displays that provide physical feedback for rehabilitation.

This new assistive technology aligns with the overall trend in interaction design away from screens and toward more natural, contextual interactions. Our tools as interaction designers are changing from wireframes and pixels to beacons and sensors. Designers who are innovating for disabled users are way ahead of this trend. 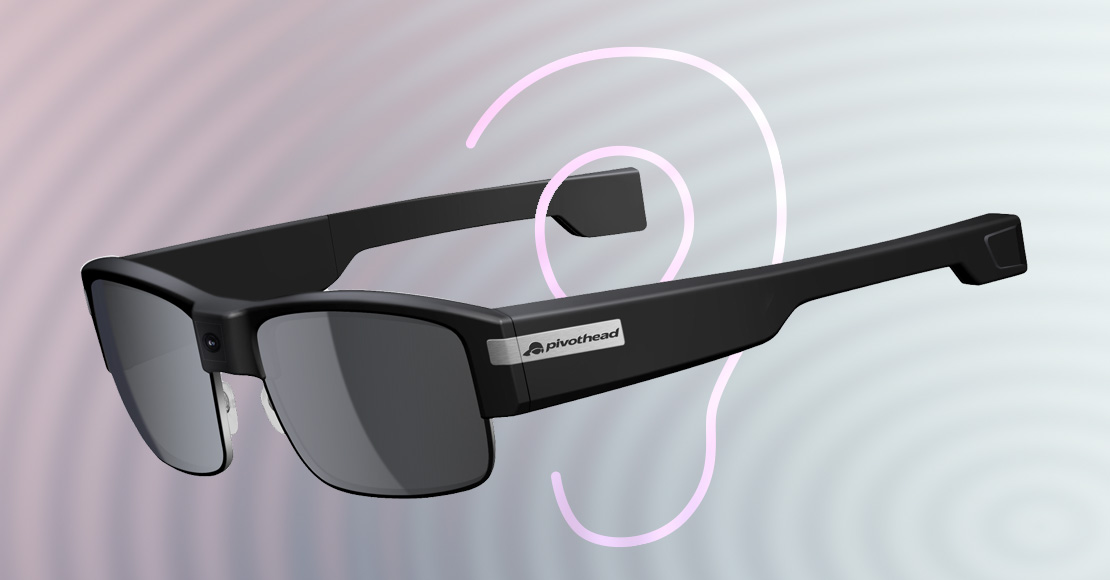 Microsoft’s Seeing AI project, in collaboration with Pivothead, allows users to take a photo using smart glasses, which then analyze what a person is doing, along with his age and the emotion he’s expressing. Software developer Saqib Shaikh, who lost his sight when he was seven years old, played a key role in the project.

Apple’s Siri virtual assistant has made products increasingly accessible for those with impairments, and Switch Control, included in all iOS devices, allows users to navigate Apple products using commands enabled by buttons that are activated by a specific action, like the tap of a head. The influence of these types of innovation will be all-encompassing — improving life not just for those experiencing disabilities, but for the world as a whole.

This new assistive technology aligns with the overall trend in interaction design away from screens and toward more natural, contextual interactions.

At the Consumer Electronics Show (CES) earlier this month, assistive tech had an illuminating presence. The Dring smartcane, manufactured by French startup Nov’in, anticipates falls based on user movements and syncs to the GSM network to send an alert to a caregiver. Gaspard, a thin pad that’s inserted under a wheelchair’s cushion, uses smart sensors to detect a user’s position and helps her correct that posture for added comfort or to minimize pain. Haptic display HAP2U uses ultrasonic vibrations to allow users to feel different textures onscreen.

To be sure, assistive tech is making great progress, but researchers and developers have several challenges to overcome. For example, as Google plays with ways to allow Google Glass-like wearables to convey details about objects that surround a blind user, researchers are trying to navigate how to teach AI to prioritize which objects are most important. And because assistive gadgets often incorporate some of the latest tech advances, products are often quite expensive to manufacture. My colleague, Ed Mitchell, explores the challenge of making accessible design affordable for all in his blog post about designing a walker for everyone in need.

However, there’s no question that we’re headed in the right direction as more designers tackle these problems and integrate the problem of accessibility into every design brief. Designing for disability will help make inroads to a future where we are all communicating seamlessly with the computers around us.