Technology’s moving faster than ever, and that progress presents exciting opportunities for innovation. In a recent post, we shared a four-step approach to mapping out a path to long-term innovation centered on emerging tech.

In Cast A Vision: Four Steps To a Forward-Looking Technology Roadmap, my colleague Ryan Chen details a method for casting a vision of the future that recognizes technological innovation is as much about market outlooks and the changing needs of consumers as it is about technology.

In this post, I’ll share the four steps for repeatable technical innovation that have proven trustworthy for us on project after project. These steps result in technology platforms that are both foundational to and upstream from breakthrough products.

These four steps for repeatable technical innovation have proven trustworthy for us on project after project.

Before we discuss our technical innovation approach, I’d be remiss if I didn’t mention a few “rules of the road” to keep in mind on your innovation journey:

Now onto our four-step process for platform-level technical innovation, followed by some case studies to help you understand how this process works:

Ask: Which technologies might solve the problem at hand? Brainstorm, do exhaustive research, and come back with a range of possible options. Narrow the range of possibilities down to a selection of feasible options, perhaps using a decision matrix if path(s) forward are not obvious.

Take the most promising technology or technologies and run lightweight testing to see if these are capable of achieving the desired results. This may require some custom parts, fixtures, or other creative implementation for an early indication of performance. With relatively little investment (time and budget), a de-risked technical direction has been set.

Now invest more time and effort into integrating the technology in a way that’s representative of how you might use it in a future product, and test the result. After getting the technology to work once, start testing more cycles, for a longer time, or in a wider range of scenarios. The goal is to come out of this step with a functional technology platform that’s understood and repeatable, and has been stress-tested to mitigate risk.

If the technology platform performs well, minor iteration may still be helpful. However, if the results of your testing are far from hitting the mark, you may need to go back to the drawing board and revisit a previous step. Perhaps your results are good enough to proceed with a first-generation product portfolio, but you’ve identified a technology enhancement that’s on the horizon and should be revisited in the future.

What do these four steps look like in practice? Below are three case studies of projects where technology platform development was necessary to fulfill forward-thinking technology roadmaps. In each project, Bresslergroup worked closely and collaboratively with the clients to achieve multiple breakthrough innovations. 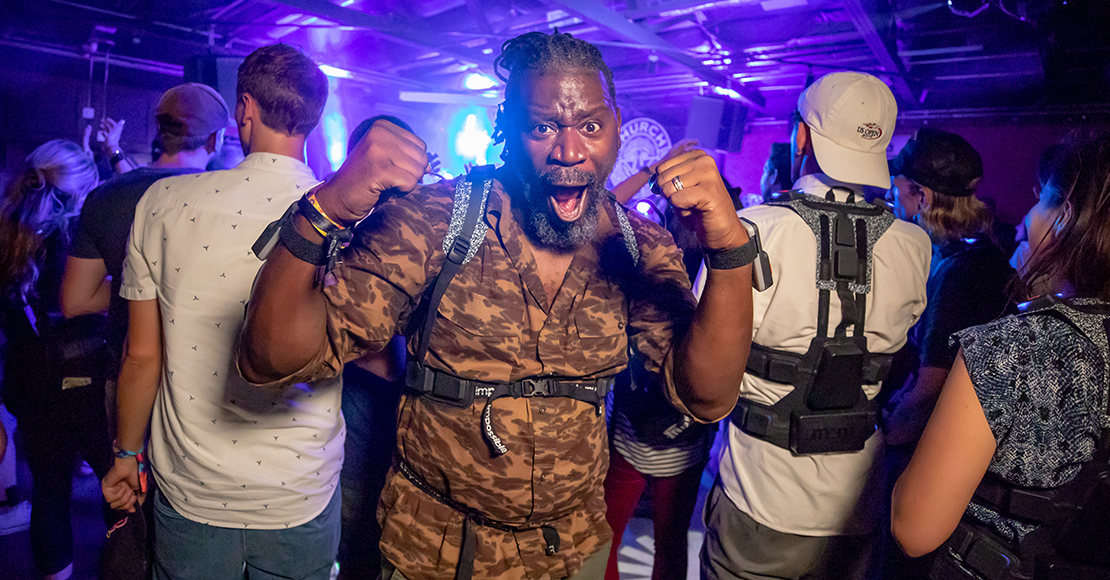 HOW IT STARTED: When Not Impossible Labs (NIL) CEO Mike Ebeling came to us for help with Music Not Impossible, they already had a vision: A live concert experience that could be equally enjoyed by both the hearing and the hard-of-hearing.

NIL had already developed an early prototype device that consisted of a vest with pockets, and wrist and ankle pouches, all containing eccentric, rotating mass motors to transmit the vibrations of music to the wearer’s body. They had iterated through the four steps mentioned above several times, including testing and feedback from the hard-of-hearing, and each time came back with a number of learnings and improvements. They weren’t yet satisfied with the haptic fidelity, vest/wristlet/anklet design, nor did they know how best to make hundreds of devices vibrate wirelessly and simultaneously.

Oh — and they needed 220 complete, functioning devices (including 5,280 haptic actuators) in time for the Music Not Impossible debut concert event … in five months.

HOW IT’S GOING: After five months of development, NIL had a scaled-up wearable device that fulfilled its vision. The team successfully hosted a concert for both hearing and hard-of-hearing attendees, and Music: Not Impossible went on to win an International Design Excellence Award (IDEA). This technology platform breakthrough also set a new standard for immersive haptic experiences that could be incorporated into a range of future products.

HOW IT HAPPENED: With such a short project timeline, we jumped right into the tried-and-true four-step Technical Innovation process. For the vibrotactile actuators, Technology Platform Ideation involved researching and identifying a wide range of technologies with the potential to provide higher fidelity haptics. Creating a decision matrix helped us assess these technologies according to our design criteria, and we flagged the most viable options.

Next, during the Proof of Technology stage, we ran a basic test of the three leading haptic actuators by positioning and testing them between our skin and an elastic cuff/sleeve. Because exciters provided the best vibrotactile performance, they were selected as the technology of choice for this application. However, because the low-frequency response was weak, we recognized the need for a separate low-frequency exciter for punchy bass notes.

Assess and Test involved more rigorous build and test phases, as we learned how best to mount the exciters to interface with the wearer’s skin. Every Iteration moved us steadily forward and didn’t require any significant backpedaling.

In parallel, we had to find a low-power, long-range wireless solution that could provide hundreds (or even thousands) of concertgoers with a real-time music experience. Again, the answer was not apparent because nothing like this had been done before. We started again with Technology Platform Ideation, scanning the horizon to understand what technologies were mature enough and could meet our design criteria. LoRa technology was the leading candidate and theoretically feasible but had never been used in this way. We would be stretching its limits.

During Assess and Test, we tested in environments with the kinds of physical and human obstructions that might be present in a concert environment. We also worked to optimize data packets to ensure high fidelity haptics with low latency and low power consumption. This process was Iterative, and each iteration leveraged the latest vibrotactile haptic setup that was available.

These steps were accomplished fairly quickly to establish a technology platform from which to design and build vest and wrist/ankle wearables that were comfortable and appealing — and could be manufactured at the needed volume. Our mechanical, electrical, and software engineers then got to work on the design detailing required to make that a reality. 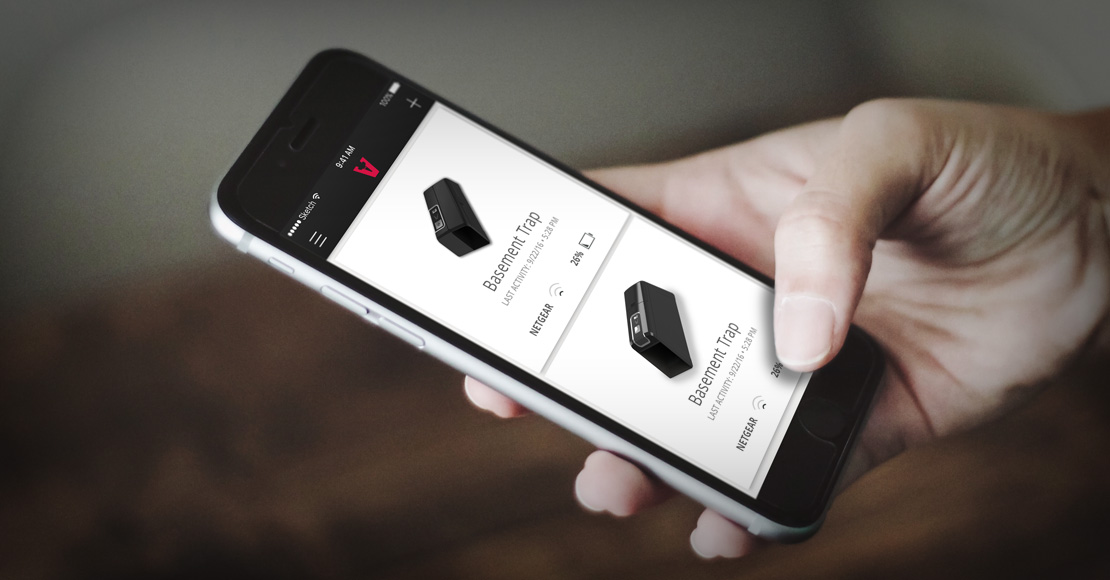 HOW IT STARTED: Victor came to Bresslergroup with a question: What should the 21st Century mouse trap look like? The company had been manufacturing mouse traps for more than 120 years, and they saw an opportunity to modernize and create a connected trap solution for their customers. They also wanted the traps to be humane and non-toxic.

HOW IT’S GOING: We helped Victor develop and fulfill a multi-phase technology roadmap that would move them towards this vision. And by working incrementally over several years toward Victor’s goal of connected mouse traps, we were able to divide the innovation into more manageable phases. This allowed us to learn and test over time while still providing Victor with next-gen Consumer and Commercial trap ecosystems that they could take to the market.

HOW IT HAPPENED: In the first phase of technical innovation, we followed the Technical Innovation steps to develop a novel circuit design that would be more reliable, lower cost, and more power-efficient than their existing electric kill design. This circuit would serve as Victor’s electric kill Technology Platform going forward. The concept was so innovative that Victor decided to patent it. This new Technology Platform first hit the market in 2017 in a pair of non-connected traps, designed and engineered at Bresslergroup.

The second phase of their technology roadmap called for the development of a Technology Platform for wirelessly connected devices. Although not especially innovative by today’s standards, the cloud technology platform would be leveraged in the future by both a Consumer Wi-Fi enabled trap ecosystem and a Commercial long-range trap ecosystem. The first traps to be developed using this connected technology platform were Consumer Wi-Fi traps, designed and engineered by Bresslergroup and released in 2018. Alongside the traps, a Consumer Mobile App and a Customer Service Desktop App, also designed by Bresslergroup, were launched to deliver the end-to-end connected customer experience.

Building on the cloud technology platform from the second phase, the focus shifted to a connected trap for commercial users. The main challenge was to provide long-range connectivity (100x the coverage of Wi-Fi) in a device that had a three-year battery life running on four AA batteries. We had experience with LoRa wireless and knew it was a strong candidate. Testing that we did across the city of Philadelphia proved that it was indeed the right Technology Platform for the job, providing remote monitoring of traps with the electric kill circuit design from the first phase. A patent was filed based on this work, and this connected commercial product was released in 2019. 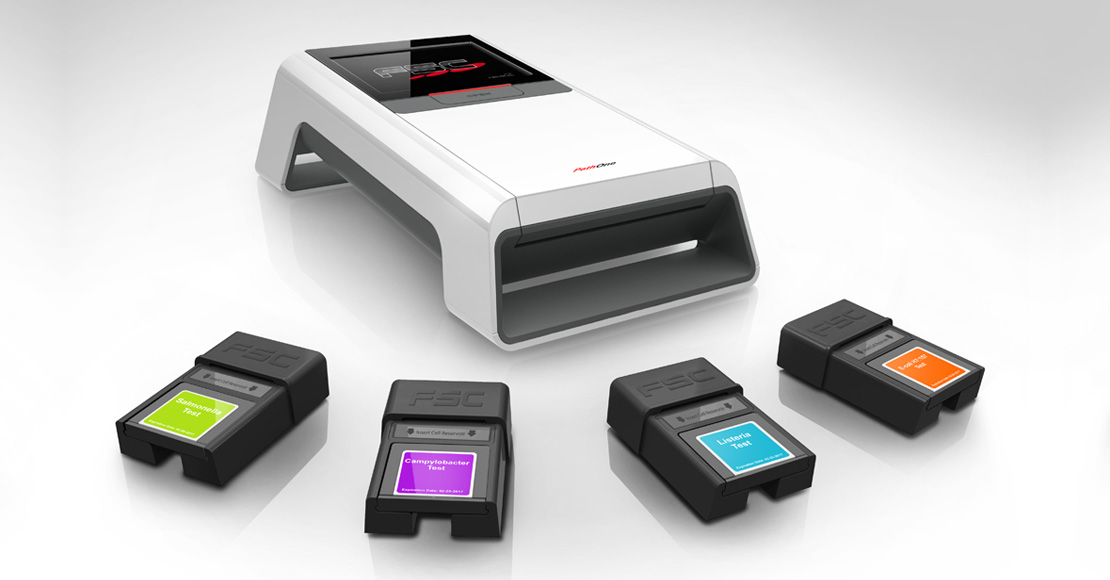 HOW IT STARTED: CytoSPAR came to Bresslergroup with an innovative diagnostics technology. They had discovered a way to engineer white blood cells to identify pathogens and to bioluminesce, or glow, when pathogens are detected.

CytoSPAR wanted to build a diagnostics technology platform around this new technology to enable rapid diagnostics testing to be done at a large scale and in a small portable device. This required technical innovation around fluids management at a very small scale (microfluidics), as well as sophisticated detection technology.

HOW IT’S GOING: To protect the novel innovations that were developed during this process, CytoSPAR filed five patents. They also asked Bresslergroup to incorporate these innovations into a first-of-its-kind diagnostic device that could be used for medical and other applications. Our user research, interaction design, industrial design, mechanical engineering, and electrical engineering teams delivered a small, portable device that is unlike any other on the market.

HOW IT HAPPENED: Together, we set off on the four-step innovation process.

For the Proof of Technology step, both capillary and pressure driven technologies were tested in a light-weight fashion. We found the latter to provide the most design flexibility, moving fluids faster and allowing for more effective fluid mixing.

Next, the pressure driven approach was Assessed and Tested via a series of prototypes of increasing fidelity to prove out fluid management, mixing, bubble mitigation, and more. A significant Iteration step was required when an additional fluid needed to be added to the design. This required the technology platform to see significant changes, taking more of a lab-on-a-chip approach.

The other technology platform that needed to be developed for the CytoSPAR project roadmap was detection. The bioluminescence was so faint that it emitted only a small number of photons. As such, an opaque and fully sealed testing chamber was required. To develop a detection circuit, an extremely sensitive sensor was required, coupled with the light-controlled and EMI-blocking testing chamber.

Then, the sensors were housed in a simple chamber as a Proof of Concept. The PMT proved to be the only technology with adequate sensitivity.

In the Assess and Test step, the sensing system was updated to include a circuit and firmware to detect illumination from the fluid mixing chamber and correctly identify a positive versus a negative test result. This required Iteration before a reliable sensing system was established.

Make It Happen! Long-Term Innovation Is Within Reach

Now you’ve seen how our four-step process has helped realize futuristic ideas, resulting in breakthrough products that deliver long-term business and consumer value. Once you’ve identified the next “big wave” in technology or the emerging trend that presents an opportunity for you, let us know! We’d love to talk about how our approach to Technological Innovation, from Casting a Vision to Implementing the Vision, could help with your future innovations.

This post was adapted from the webinar, “Technological Innovation: Implementing the Vision.” Watch the recording. 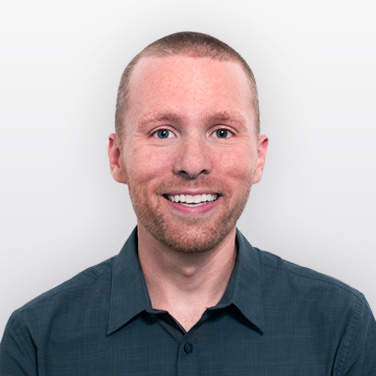 Aaron’s passion for integrated thinking and his holistic grasp of design, technology, engineering, and business have allowed him to help clients navigate the often-choppy waters of product development. He studied Mechanical Engineering and Product Development at Carnegie Mellon University.