When Lynne Robinson took her first programming class in high school in the late ’90s, she was the only girl who showed up. As the semester progressed and she tinkered along with the boys, she discovered it wasn’t the robot they were building that excited her — but the processes involved in doing so. “What I really loved were the problem-solving aspects,” she says. “And that’s stayed consistent throughout my career, even as the tools and languages have changed.”

These days, Robinson works as a quality assurance engineer for a tech firm in Philadelphia. And she’s no longer the only female in the room where it happens — nor is she likely to find herself alone at professional gatherings in the city. 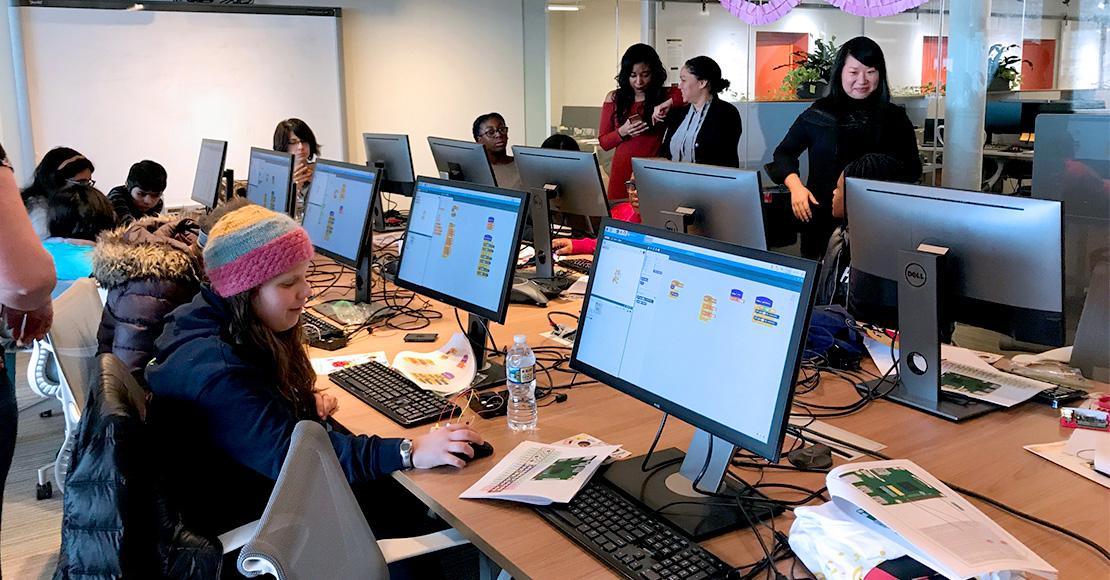 According to a new survey from Smart Asset, in just the last two years, Philadelphia has risen from last place in its rankings of the top 15 cities for women in tech to fourth place. In the City of Sisterly Affection, nearly a third of jobs in tech are now filled by women.

Activating Light Switches — and a Fascination for Tech

Things may be improving but it still takes persistence to enter and thrive in the field. That’s why Robinson recently joined a few co-workers who took time off on a Saturday morning to gather at the Bresslergroup offices to help a handful of girls program a Raspberry Pi — a mini-computer that easily and affordably lends itself to the creation of robotic and smart home applications — to operate as a light switch. 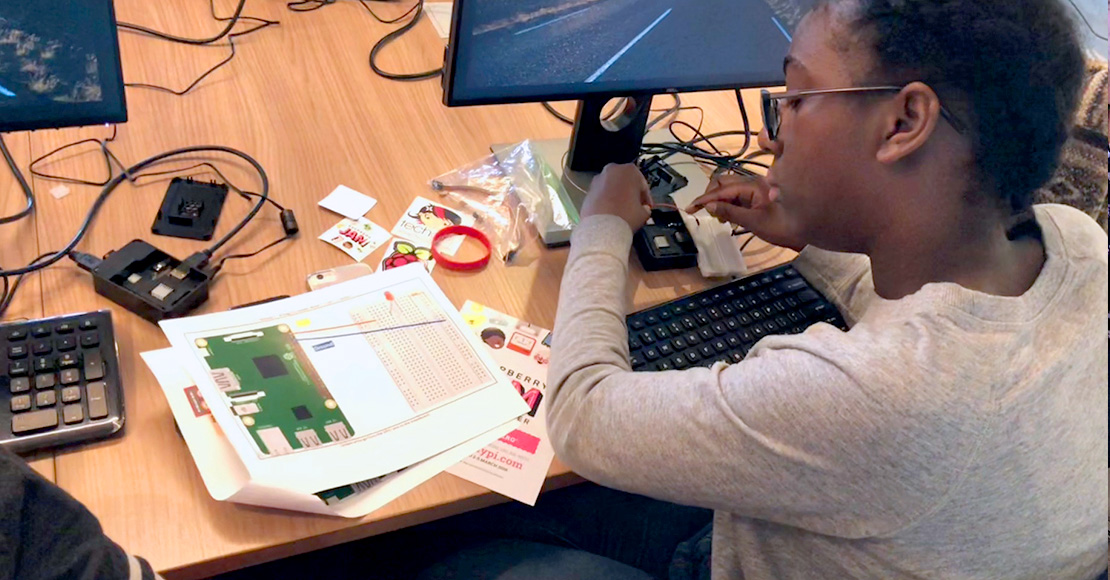 “I learned about circuit boards in science class,” said 13-year-old Niara (pictured above) as she struggled to plug an LED bulb into a small plastic breadboard, perforated with tiny holes. “But programming like this is new to me.”

Pointing to Niara’s monitor, Robinson encouraged her to think about how she might move the graphical blocks of the programming language, Scratch, so that they echoed the scheme presented on a handout. Soon enough, a light started to blink on the breadboard.

“How,” Niara wondered aloud, “can I program it so the light blinks faster?”

“Good question!” responded the event’s leader, Helen Yi, as she walked by. Indicating a block marked “seconds,” Yi, a data scientist who works in Philadelphia, suggested that Niara substitute the number 1 and input a fraction instead.

Niara typed in .2 and watched as the blinking immediately sped up. “It’s interesting,” she observed, “that you can take something so small like the Raspberry Pi and make it do something so powerful.” 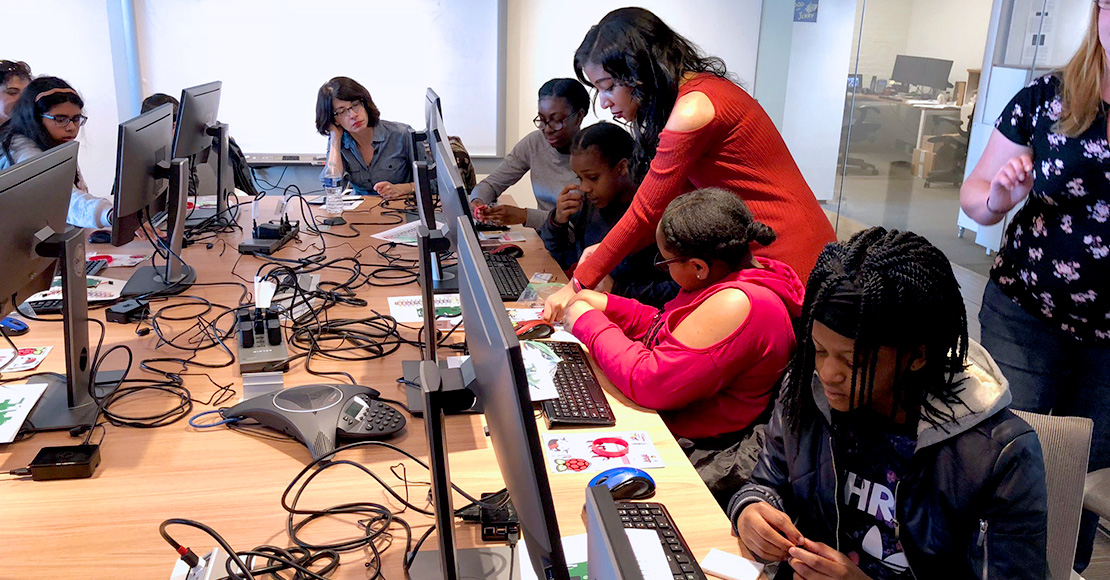 Keeping The Light on for Girls and STEM

Interesting, for now, sure. But the trick, at least for girls just entering their teens, is capturing that fascination and holding onto it. Repeated studies about girls and STEM (science, technology, engineering and math) subjects, such as this recent research from Microsoft, have demonstrated that although young girls may receive, and be enthusiastic about, STEM education, they lose interest by age 15. Only 11 percent of teenage girls anticipate pursuing STEM careers, compared with 36 percent of teenage boys, according to a 2017 survey.

The trick, at least for girls just entering their teens, is capturing that fascination for tech and holding onto it.”

Nurturing a love for technology among middle-school girls is why Tracey Welson-Rossman, whose experience in tech includes serving as the co-creator and co-chair of the Women in Tech Summit, founded Philly-based TechGirlz in 2010. Recently, the nonprofit reached the milestone of having its 10,000th girl participate in its free TechShopz program. TechGirlz used the occasion to announce a new audacious goal: 20,000 girls by 2020. 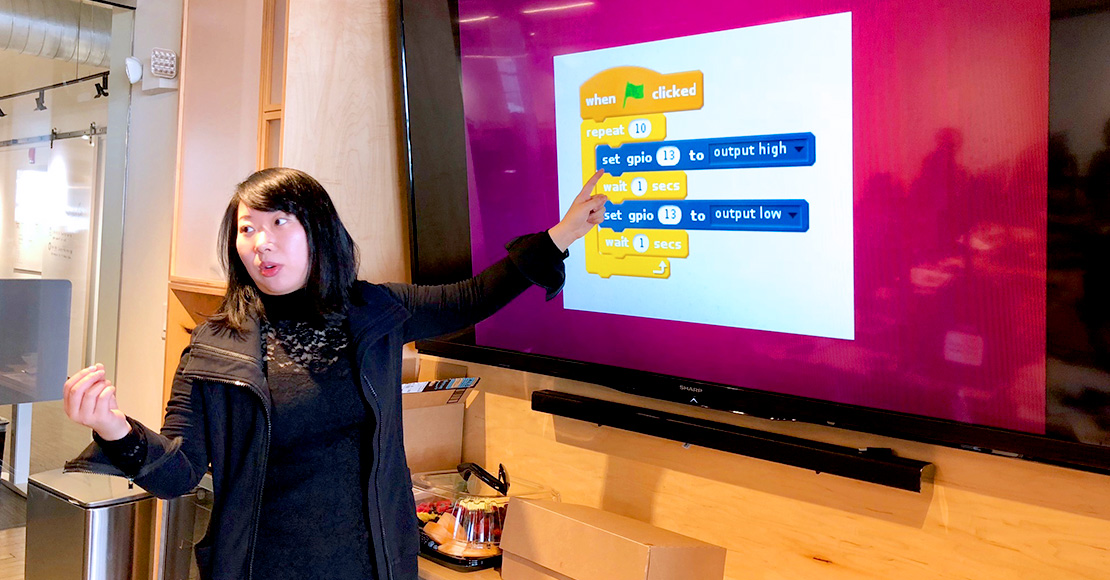 In Philadelphia, Bresslergroup joined in the celebration, providing space and equipment (and cookies!) to about a dozen TechGirlz from across the region.

“We’re happy that the gap is closing between men and women in tech,” says Todd Zielinski, Bresslergroup’s Senior Director of Electrical Engineering. “Women certainly see problems and approach them differently. Not better or worse, but differently. And having a diversity of experiences and points of view for a product development firm is essential.”

Speaking to the group, Dani Feldman, one of several female mechanical engineers at Bresslergroup, emphasized the importance of early exposure. Even though she had toyed with robotics in middle school, she said, “I didn’t know what tech or engineering was until the end of high school when I started applying for college. I think events like these are important so that girls can see that these fields exist and that building and inventing can turn into rewarding careers.” 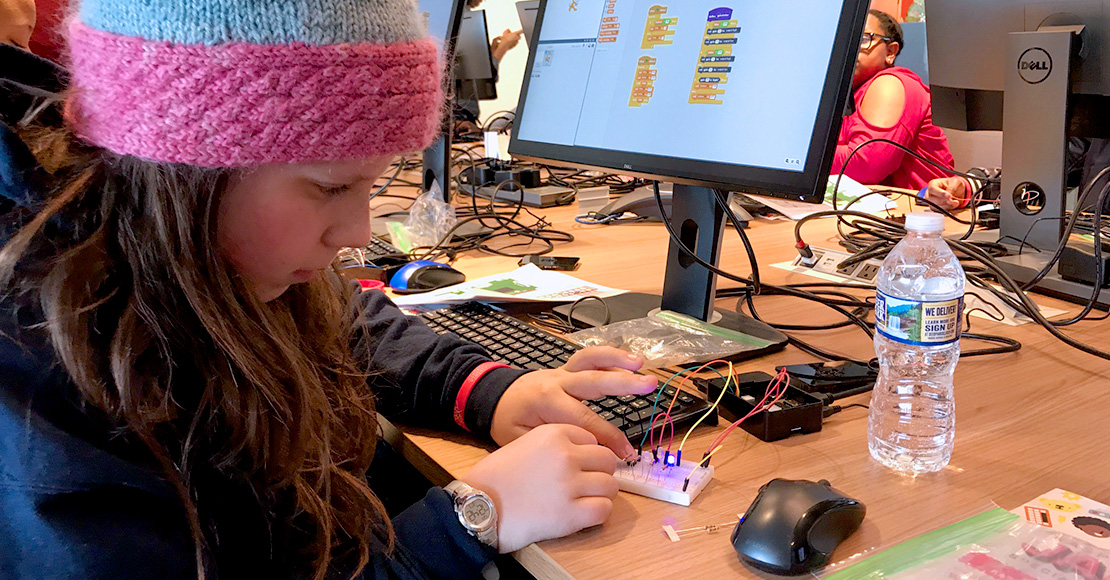 Later, as Dani found herself helping 12-year-old Amelia (pictured above), the issue came up again. Amelia has participated in multiple TechGirlz events — and was planning to stick around for another Raspberry Pi session that included adults — but she said that despite her proficiency she might not enter tech because she wants to be a fiction writer.

When someone pointed out that such thinking was counter to the sweatshirt she wore, which boldly read “Left Brain Say Hello to Right Brain,” Amelia tilted her head and considered. “I think it’s important to learn to use both sides of our brain,” she conceded. “That’s the best way to open the doors to all kinds of opportunity.” — text by JoAnn Greco