If there’s one thing you learn while attending the annual Quantified Self conference in San Francisco, it’s that there’s no such thing as an average person.

The conference attendees, and Quantified Self enthusiasts in general, are joined by the belief that gathering and analyzing personal data can change things for the better, but what they’re trying to change varies widely. 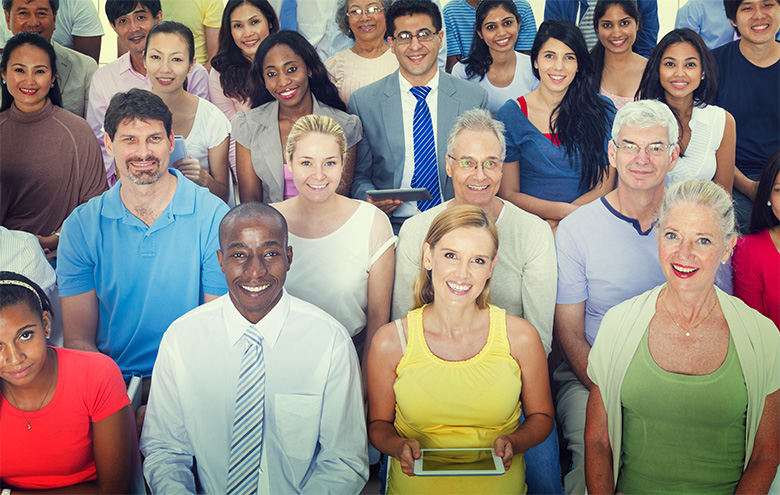 There’s no such thing as an average person.

Walking the conference’s halls last month, I met people suffering from narcolepsy, from diabetes, from Parkinson’s disease, and from gut problems so severe they make normal life impossible. I also met average folks simply trying to lose weight, detect patterns in their babies’ behavior, or get a good night’s sleep.

It’s clear that life-tracking is a deeply personal endeavor, but the most common tools for gathering the data — wearable devices like the Galaxy Gear, Apple Watch and Fitbit — are anything but personal. That’s why most of them fail.

As a bit of a life-tracker myself, I’ve tried out just about every wearable device that’s commercially available: from the Pebble Time, Mi Band, Mio, Withings Pulse O2, Nike Fit, Spire, Fitbit flex, Charge HR, and Surge, as well as the examples mentioned above. And like most users, I found them all lacking. 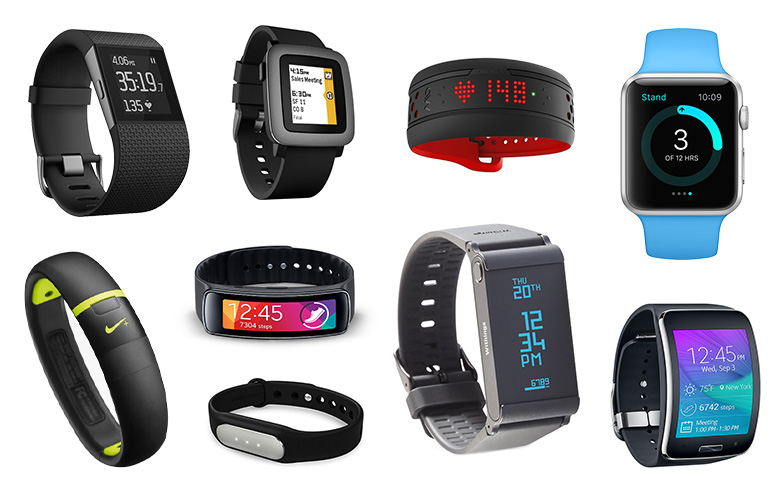 Some of the wearables I’ve tried.

A research report last year by Endeavour Partners found that one-third of U.S. consumers who buy a wearable device stop using it within six months, despite the next-big-thing media hype that surrounds them almost constantly. Attending QS15 was part of my attempt to understand that failing by immersing myself in a group of power users and seeing if they’d spotted something I hadn’t (or at least hearing some good stories).

Here’s what I learned:

1. The “average user” is a myth.
This is important, because it shows how wrong most wearable devices are to set arbitrary goals for their users. “Fitness trackers” like the Nike Fuelband and many of the Fitbit products keep tabs on your activity only in terms of how close it is to a pre-set value: 10,000 steps, for example, or a certain number of “Fuel Points.”

This may be exactly right for a small subset of users, but for someone with diabetes trying to get a handle on her daily activity so she can stabilize her blood sugar levels, it’s worse than pointless. And I’ve got a good hunch there are more outliers out there than “average users” who require the 10,000-step goal. 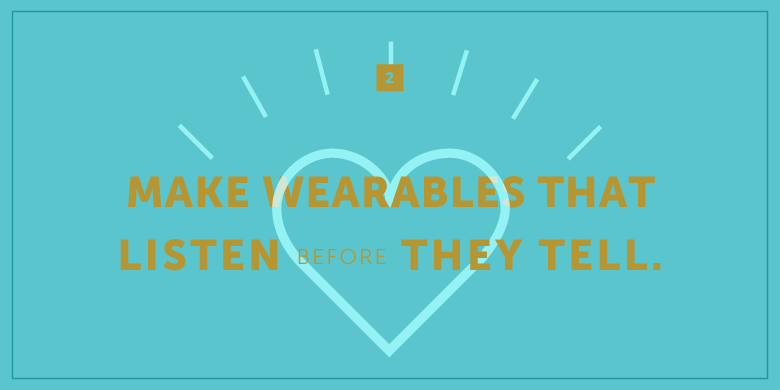 2. Make wearables that listen before they tell.
Wearable devices are uniquely qualified to do two things: measure what you’re doing, and relay that information back to you. They can already keep tabs on your activity, respiration, heart rate, sleep cycles, hydration, location, and dozens of other metrics. With the right design and a dash of empathy, it would be straightforward to make them into truly personal devices that listen and learn who you are before telling you what to do. Devices that interface with humans in a way that’s way more human.

Why not design a fitness bracelet that kicks off its relationship with its owner by asking her to baseline her activity; allows her to tailor her own goals to her baseline; and then helps her meet them? Given the number of “hacks” being discussed at QS15, I suspect a lot of users already do this, despite the limitations and difficulty involved. Imagine if we designed wearables to actually support this kind of use case. It’s a good example of leading with human needs, rather than technical capabilities — something my colleague, Mathieu Turpault, argued for in his critique of wearables. 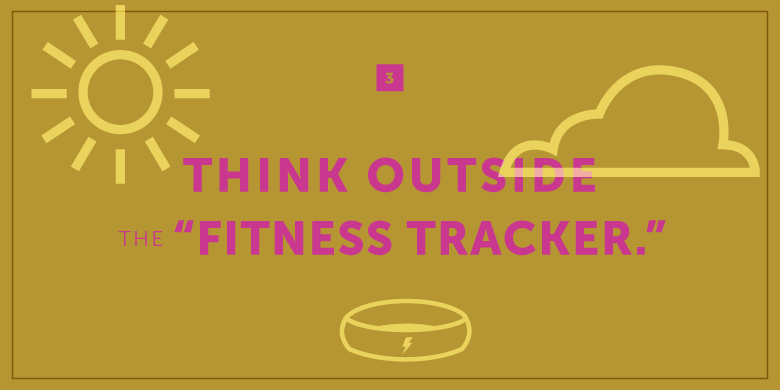 3. Think outside the “fitness tracker.”
A wearable designed to listen and respond to its user would probably end up being quite different from what’s on the market today. Maybe not physically, but in the software, where it really counts. It would be, more than anything, a tool designed to give you complete clarity on what it’s measuring every day–something like Mint.com for your activity level, your sleep patterns, or some other metric.

It would be called something different – not a “fitness tracker” as most wearables are currently called. “Fitness” is a personal and subjective quality, not a measurable quantity, and it can set up impossible expectations that lead to frustration. The tools and terminology need to adapt to a new way of tracking. 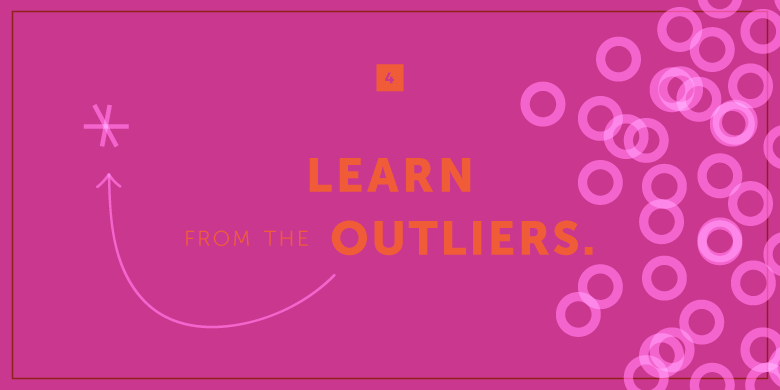 4. Learn from the outliers.
The wearable device category is still in its infancy, and if designers and developers learn to make them listen better and communicate more humanely, there are huge benefits for us all — whether we’re trying to sleep better, work more efficiently, or solve an “unsolved” medical problem. There’s also the untapped potential of the conference attendees themselves.

Conventional research wisdom holds that there’s little to be learned from a bunch of outliers, especially if they all hold competing visions of what a product is for and how to use it. But my own experience was quite the opposite.

Instead of finding a bunch of obsessive ideologues, I encountered passionate users able to explain their needs and challenges with remarkable clarity. I also realized that the problems they’re trying to solve are often quite universal, just with the volume turned up.

For design researchers, attending conferences like QS15 is never going to replace in-depth user observation in the field, but as a way of putting existing problems into sharp relief, it’s an extremely powerful tool. Anyone can look at a market of millions of potential users and conclude that the average among them wants to walk 10,000 steps a day. 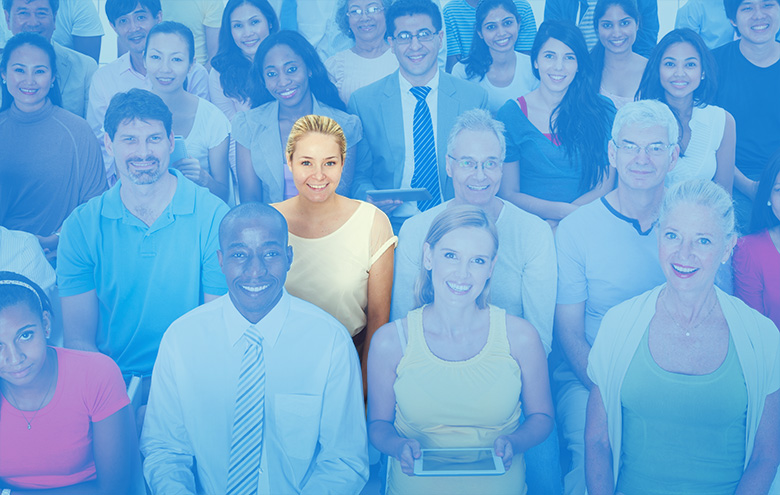 Identify and learn from the outliers.

It takes a more sensitive designer to realize that wearable technology is not, for the most part, about addressing “average” needs, but about solving all our edge cases. As we’ve found in so many other categories, the trick to making a piece of technology more humane (and therefore more usable) is to figure out what’s wrong, not what’s average, and that only comes from listening.