Maker Faire is just a few days away, and after roughly 500 hours of printing, I think I’m just about ready.

While making the trains and getting them to work has been neat, the coolest part is the fact that twelve weeks ago I started with nothing, and now I have six sets of functioning, N-scale NYC subway trains, with six cars per train, and a few larger models that people can hold and look at close up.

I’ve been dreaming about this side project for more than a decade, but it wasn’t until recently that technology had advanced enough to allow me to bring it to life! With access to Bresslergroup’s Formlabs Form2 SLA 3D printer, a Prusa MK3 printer of my own at home, and Autodesk® Fusion 360™, I realized I could finally produce the model subway trains I’d been daydreaming about for nearly two decades.

I’ve always loved the New York City subway system, so much so that during one college spring break, I did the nerdiest thing I could think of — I challenged myself to ride through all the boroughs, except Staten Island, on just one fare.

In the early aughts I found the book Evolution of New York City Subways. Written by an MTA maintenance and engineering employee, it goes into great detail on the various cars and equipment and includes technical drawings. It gave me an idea — I could use the drawings to make my own model trains.

I first attempted to model the cars out of plastic, but it took a long time to make just one side, and they lacked the details you expect in a model. In 2005, I tried using the CNCs and Solidworks CAD at the model shop where I was working to create molds that I would later cast. Progress was slow and difficult.

When I left the model shop to open my own business, the project was shelved because I didn’t have access to a CNC, and at $5,000, Solidworks wasn’t an option.

Fast forward a decade or so, I finally have the tools I needed to bring this side project to life. At Bresslergroup, I have access to the Formlabs Form2 SLA 3D printer and Autodesk® Fusion 360™ CAD software, and at home, I have a Prusa MK3 3D printer.

This spring, I dusted off Evolution of New York City Subways and started modeling a 1909 Interborough Rapid Transit Company car in Fusion 360. After many hours and a lot of trial and error, I had a model of the train body. A test print on the Form2 proved the printer could print incredible detail. It managed to capture the 1/160th scale rivets and the mid-air wiring cable that goes over the cab lights.

Confident that I had the software and printing capabilities to do the model justice, I dove in.

Technology Is Picking Up Speed

Using the Form2 at work and my Prusa MK3 at home, I’ve made six working trains (see the Form2 in action, above!), each with about six car bodies, at N-scale, a popular model railroad scale. I made one 42-inch-long car body that is 1/10th scale, and I made one complete train at HO scale, which is the official railroad modeling scale.

In total, I have about sixty printed train car bodies of varying sizes. The smaller cars function and whiz around a track. The larger cars give people something to hold and look at close up.

The technology has finally come to the point where I can do what commercial train companies do, and I can design a niche product I’ve always wanted without dumping tens of thousands of dollars into it.

Our Designs Are Bound To Our Tools

At the same time, it’s ironic how difficult it was to translate some of the original 1909 car details into my modern tools.

When these trains were made, a designer or engineer likely handed a drawing to a craftsperson, and the craftsperson did what he or she needed to make curves and angles work. There were a lot of compound surfaces carved by hand, and often, the curves changed from car to car. In 1909, there was no such thing as a perfect formula, but today, the computer demands just that.

It made me realize how the things we design and make are heavily bound to the tools we have.

It’s amazing what can be done now with a click of a button, and it’s even more amazing that with all the technology we have, what used to be easy to do with a pencil and paper becomes very hard to describe to a computer. If a designer from 1918 were to sit with a designer from 2018 to talk about their modeling processes, there would be a lot of awe in how the other can work with so little or so much.

Still, a lot of what I did for this project is what model makers would have traditionally done without a computer — finding drawings, scaling against them, and fabricating new drawings. I used a lot of the traditional model-making techniques that I use in my role as model maker at Bresslergroup, and until we can 3D-scan an entire subway car, those skills will still be necessary.

If I were to mass-produce and sell these model trains, it wouldn’t make sense to print them all in-house. It would be much cheaper to manufacture them in China.

But with the software and printing capabilities we have now, there’s an amazing ability to prototype quickly and to iterate in the same day. I’ve gotten to the point where, with good photos and measurements, it takes about a day-and-a-half to model a whole train car. If someone comes to me with a suggestion, we can make that change and have a totally different car rolling down the tracks by the end of the week.

You couldn’t do that if you were manufacturing a prototype abroad. It may cost more to prototype in the U.S., but you’re paying for the experience and knowhow to use SLA 3D printers, CAD software expertise, analytical problem solving, and the ability to turn on a dime.

Meet Me at Maker Faire

I’ve wanted to be a part of Maker Faire for at least as long as I’ve wanted to make these trains. Attending as an exhibitor and with this project is a dream come true. I’m excited to present the trains and see what everyone else brings. I also can’t wait to share the experience with my wife and kids, who helped me keep our 3D printer at home running around the clock. Without their help, I may have not made it from ‘I think I can’ to ‘I knew I could.’ 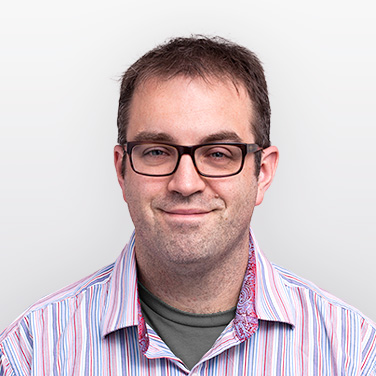 The rapid prototyping we do at Bresslergroup is essential to our process, and Jason keeps our workshop running smoothly even as he helps transform our concepts into tangible, three-dimensional objects.