A client team recently asked us why they should invest in interaction design, including up-front user research and usability testing, to overhaul their product’s user interface.

They’re already believers in a user-centered design process when it comes to engineering and form development but have been getting by with user interfaces designed by software engineers.

To be honest, I was surprised by the question. It has been almost ten years since I’ve been asked to justify the cost of good interaction design and usability. With terms such as “user experience,” “ease of use,” and “intuitive user interface” now in the common lexicon, I thought we had all moved beyond this questioning of return on investment (ROI) for the hard work of design that precedes such ease of product use.

I thought we all knew that a good user-centered design process is an investment that saves money in the end. As Cosmo (played by Vincent Gardenia) says in the movie Moonstruck: “It costs money. It costs money, because it saves money.”

Then it dawned on me we were simply talking with a company who is at a nascent stage of usability maturity. In contrast, one of our other clients recently shared acronyms and an equation they invented to express their frustration with non-intuitive UIs:

The company who asked us to cost-justify usability is clearly in a completely different place. 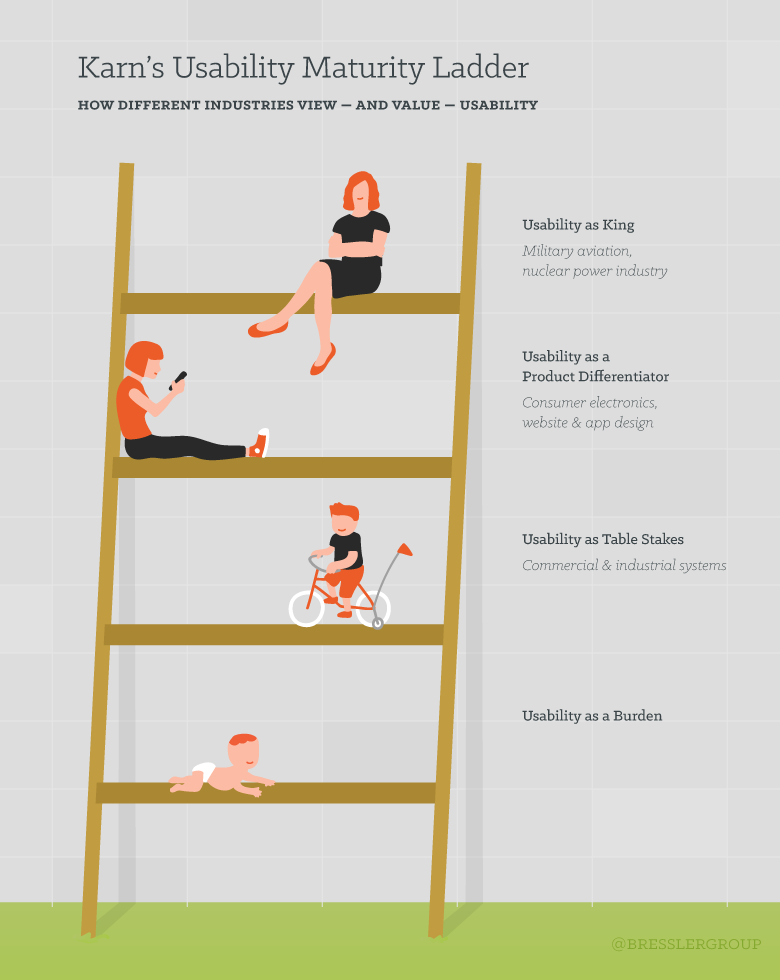 People have already come up with various, conceptually similar models of usability maturity hierarchies (Flanagan, 1995 or Earthy, 1998). I have my own model in mind — I like to think of the hierarchy as a ladder with four rungs spanning the following spectrum of viewpoints:

It is quite natural that different industries would, as a whole, tend to fall generally into one of these levels. 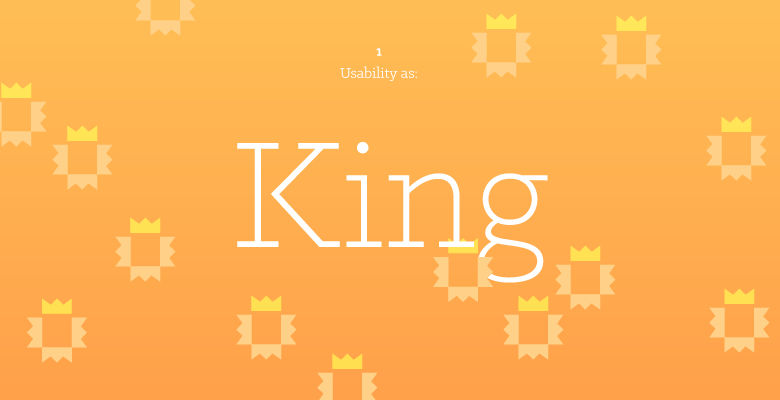 The realm of military aviation — in which I worked fresh out of college — and the nuclear power industry, have fully embraced usability as king. User-centered design has been baked into such systems for decades.

In these types of systems, performance is of utmost importance, and with a human component in the system, usability is known to be crucial. The healthcare industry, while not quite there yet, is finally waking up to the need to climb the usability maturity ladder.

Good user-centered design is recognized as the process by which to achieve a better system.

(To be sure, not all safety critical systems are designed at this level. For some tragic examples of how ignoring usability in critical systems can lead to disaster, read Casey’s Set Phasers on Stun, and Other True Tales of Design, Technology, and Human Error (1998). ) 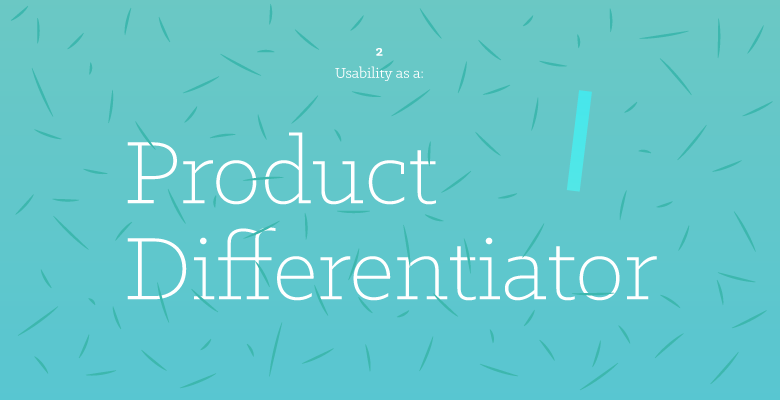 In consumer electronics and concomitant mobile and desktop app design, good user interface design and usability drive purchase and use patterns. In short, these factors become differentiators between your product and competitors.

It is not enough for the design to be attractive and the usability to be sufficient. It must be engaging, delightful, surprisingly pleasant, and productive.

Think of a website or a mobile app that users dismiss with a single click or tap when they find something better. On a website, the effect and consequences of a bad user interface are immediately apparent to the user, and, thanks to bounce and exit rates, immediately measurable. 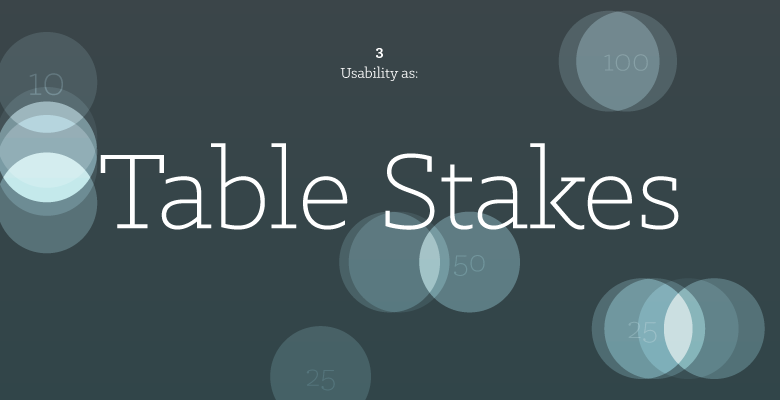 One rung lower on the usability maturity ladder are companies who see good UI design and usability as “table stakes” — the minimum needed for entry into the market. In this category, usability and UI design are not necessarily a differentiator, but something to pay sufficient attention to in order to ensure that the product will not be shunned.

Companies who build commercial or industrial systems usually rise at least to this rung. For such systems, the decision-makers behind purchasing are typically not the equipment’s end users. As a result, their priorities lead them to compare lists of product features and prices instead of considering how much time users will sink into learning and using the system. So, it is hard for companies that manufacture such systems to invest in user interface design beyond this level. 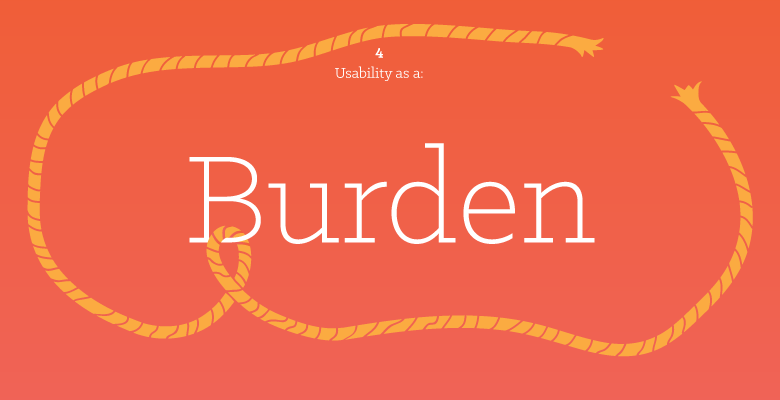 Usability as a Burden

The client I mentioned at the beginning occupies this lowest rung, as does any company who wonders, “Why should I invest?”

Well, why should you invest?

There is no short answer, of course. There has been a great deal of research into the return on investment of good design processes in general (see Design Council, 2004 and Rae, 2013) and specifically on product usability (for an overview, see Bias & Mayhew, 2005). For a discussion of ten detailed benefits for consumers and manufacturers, read, Why Invest in a Usable User Interface? (Measuring the ROI for a Usable User Interface: Part 2).