Accelerator celebrated its first birthday in August, so we have more posts to choose from than we did last year when we tallied our top five.

Out of nearly fifty posts by fourteen Bresslergroup staffers in 2014 (whew!), the following five were the ones you read and shared the most: 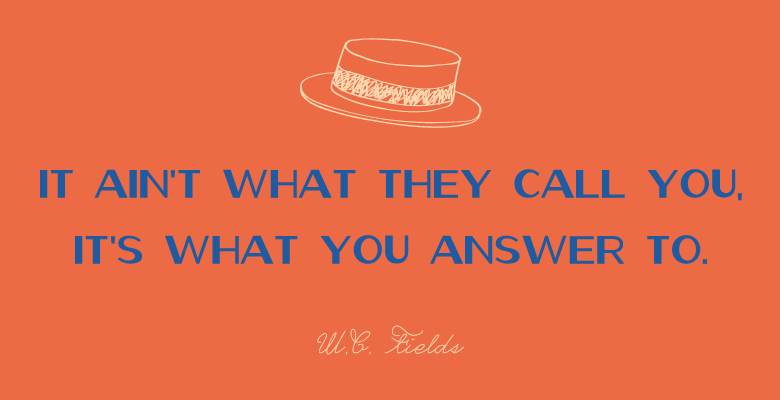 1. From Human Factors to User Experience: What’s in a Name? by Keith Karn

Director of User Research and Human Factors, Keith Karn, dove headfirst into the churn of nomenclature surrounding the fields of user experience, interaction design, user interface design, and human factors. He used the history of the field’s professional associations as a framework for explaining how today’s interaction design discipline was born from World War II-era human factors — and exploring how these overlapping disciplines came to be called so many different things.

There’s a great anecdote in this post about one of the first non-military labs in the U.S. devoted to human factors and ergonomics at Kodak, where Keith once worked. Keith writes, “Harry [Davis, the lab’s co-founder] told me the story of how they scribbled ‘Ergonomics Lab’ onto a piece of paper and taped it to the door of their conference room turned laboratory, then switched it a few days later with one reading ‘Human Factors Lab.'” That’s how quickly labels change in a young field. 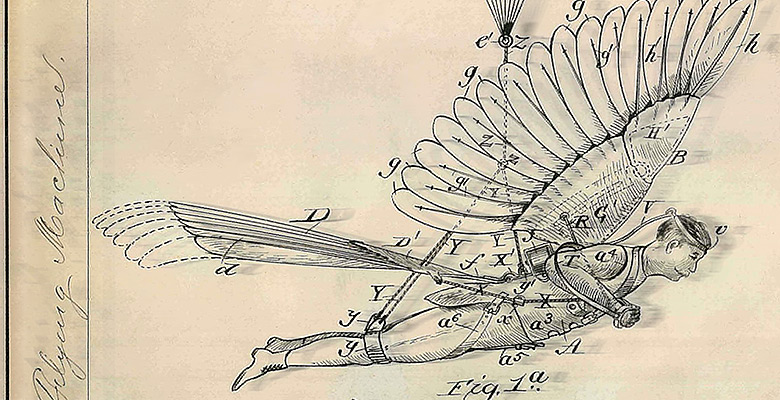 2. What We’re Losing with the Loss of Patent Illustration by Peter Bressler

The waning of patent illustrations from works of art to “embarrassing doodles” has been mourned before, and while Bresslergroup’s founder, Peter Bressler, also laments the illustrations’ artistic decline, he’s mostly concerned with “a trend toward legally protecting more incremental change in design.” As he writes, “This, I believe, reduces the pressure to innovate but also reduces the value of protection.” 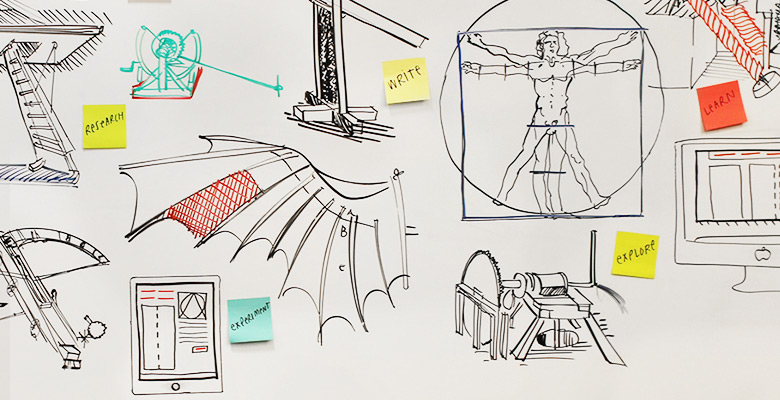 3. Leonardo da Vinci and UX: The Interview by Matt Thomas 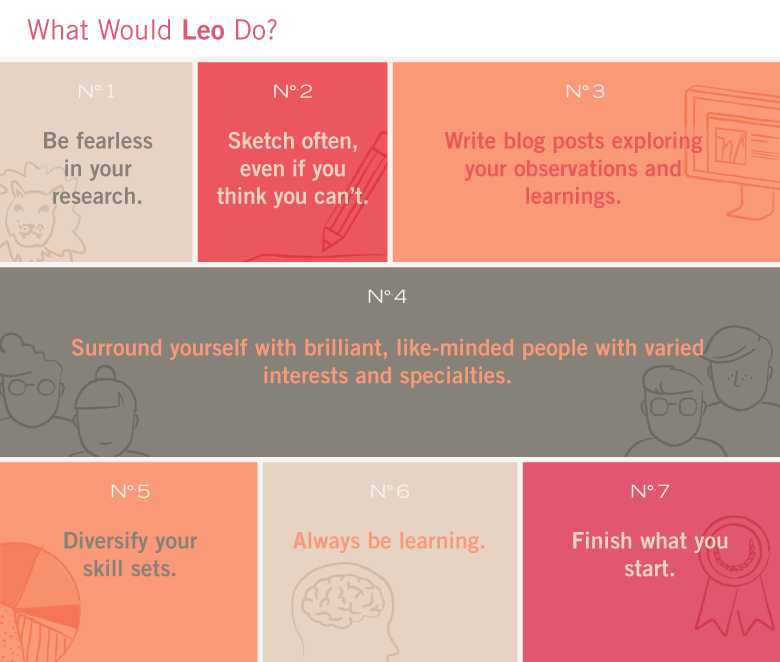 The ensuing Q&A drew out plenty of parallels between Da Vinci’s methods and those of a contemporary UX designer, as well as some chestnuts we distilled into the chart above, a “What Would Leo Do?” resource for all aspiring Renaissance People. (And p.s.: Ariel Esser is the graphic designer who made this, us, and all the rest look good in 2014.) 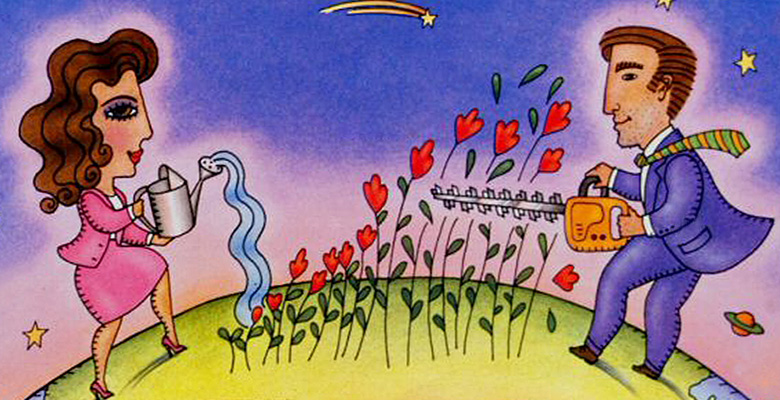 Director of Design Mathieu Turpault noted the convergence of physical and digital design and the merging of industrial design with interaction design in his TEDxPhiladelphia talk, Design and the Disappearance of Everyday Objects.

In this Mars-Venus post he teases out some of the external and internal differences between industrial designers and interaction designers and talks about Bresslergroup’s strategy to create an integrated process internally that speaks to the separate development cultures of each discipline. He offers six suggestions for industrial designers who may not currently work in an IxD-oriented environment but who may want to begin familiarizing themselves with the other planet. 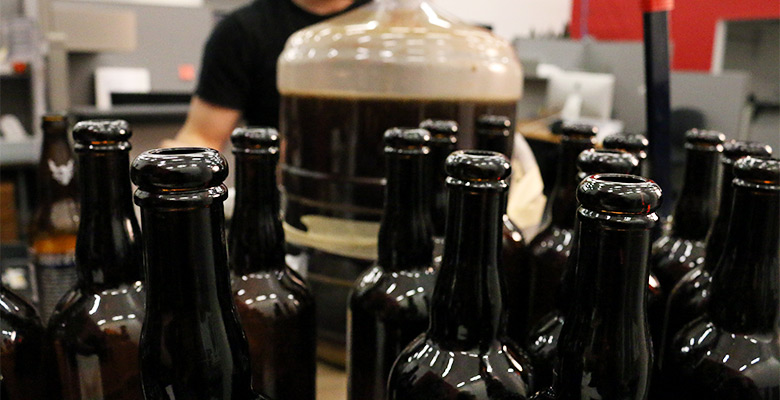 5. Brewing the Proto-Porter and User-centric Saison by Todd Sack

In a later update and Philly Tech Week event, we talked about our progress on a concept for a consumer appliance and app. (This project is too tasty to stop after a year — watch for another update in early 2015.)

Thanks for reading in 2014, and happy new year! We’re lining up more juicy product innovation topics and side projects for 2015 — see you then.