(This article was first published in Appliance Design magazine.)

You arrive home after work. It’s dark as you walk to the front door, but the house recognizes you. It turns on the entrance lights, senses your key and unlocks the door. You hang up your coat and walk into the kitchen. The refrigerator asks you if you’d like to discuss dinner. When you say yes, it tells you it has the ingredients for baked salmon or Spanish omelets, but it’s running low on salad greens. May it place an order for more?

No, you haven’t fallen through a time warp into a 1960s animated sitcom. This could be your home in 2017, using sensor technology that is available and affordable right now or will be soon. And yes, we know the idea of the ‘smart home’ has been around since a guy named George Jetson bought a Skypad Apartment in Orbit City. But this time it’s different. A convergence between the Internet of Things (IoT) and market forces in the automobile industry has changed the landscape of sensor technology, and enormously expanded the sensor capabilities we can design and offer to our clients.

Every year, we attend the International Consumer Electronics Show (CES) to talk to the semi-conductor manufacturers and the start-ups to know what’s coming up next, so we know what new capabilities we can offer to our clients over the coming year. Here’s a brief overview of the sensor technology trends that wowed us and that we’ve been tracking in the months since our visit:

The automobile industry came out to CES in force this year. Almost a third of the show was devoted to cars — primarily automatic vehicle systems and their sensors. Auto-CES could have been a whole conference unto itself, and it was obvious that demand for various types of sensing systems from auto manufacturers had brought down prices and improved sensor technologies. 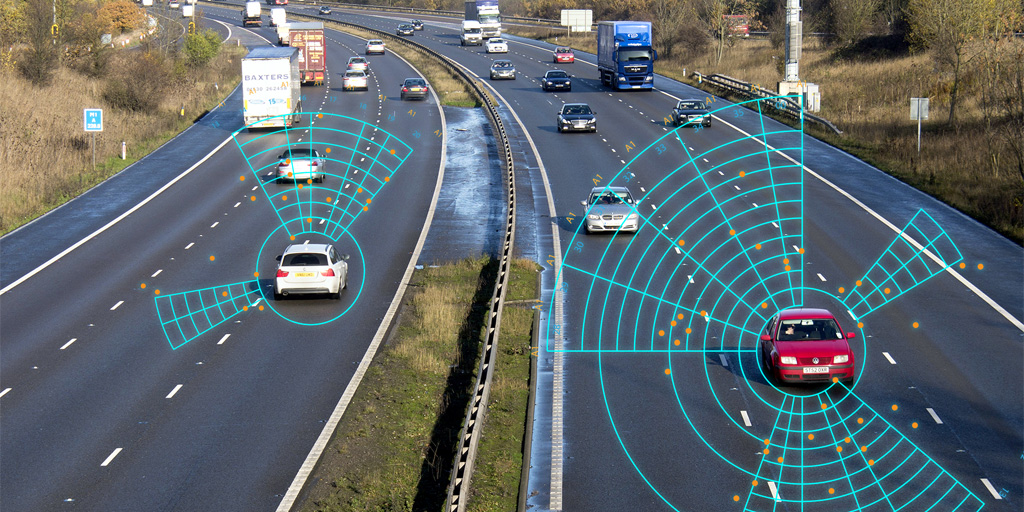 For example, laser-based time-of-flight sensors were being more widely used than ever before. These sensors bounce a light source off an object to measure the distance between the object and the sensor. They use the Doppler effect, in which the frequency of the light wave will shorten if the object is moving toward the sensor, or lengthen if the object is moving away. The range of such laser-based time-of-flight sensors used to be just centimeters; now they have ranges in the 10s of meters — some even can produce low-resolution 3D images. A driverless car equipped with such sensors can “see” people inside and outside of itself, other cars, and objects on the road using measurements that take just pico-seconds. And these laser-based sensors cost only a few dollars, compared to tens or hundreds of dollars a couple years ago.

The same thing has happened to millimeter-wave radio. Basically, you can buy a radar gun for just a few dollars. You can’t buy one at your local Ford dealer yet, but major manufacturers are demonstrating them in their self-driving car systems this year.

The happy side effect is that the semiconductor manufacturers, who originally designed these millimeter-wave and laser time-of-flight sensors for the car industry, have started showing off the technology to their other clients and making it easily available to product designers like us. This leads to lots of potential applications in the home; devices like proximity detectors for personal security, sensors that detect the presence and direction of people, and gesture-sensing applications can all provide a whole new range of contextual interaction in the smart home-Internet of Things space. 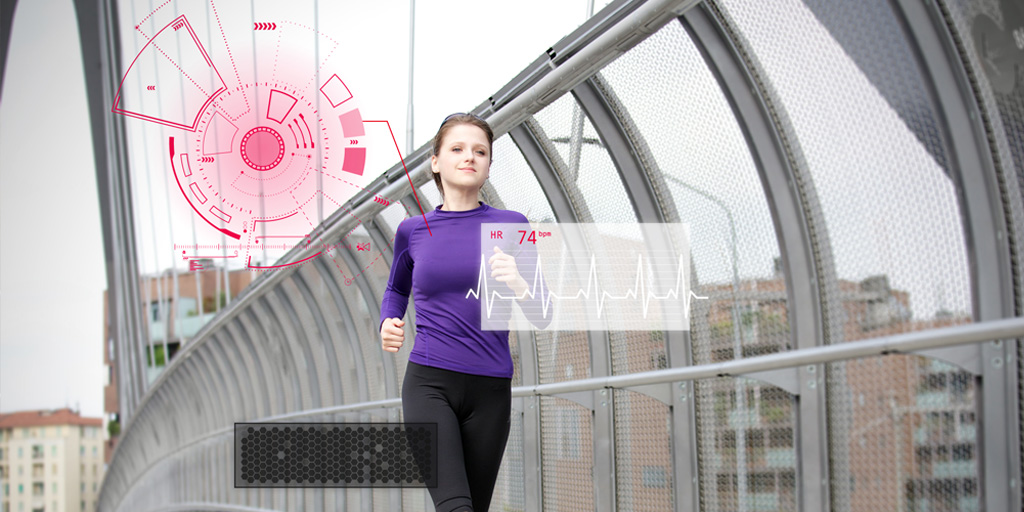 Sensors for medical applications are another hot area. Conductive circuitry for sensors can now be inexpensively woven into garments. A shirt can have an EKG sensor for measuring heart rate for around $5. A runner might wear it to track their workout. Blood gas sensing can also be woven in. Blood gas and blood sugar measurement can also be done using breath sensors now.

Bresslergroup does a lot of work in the medical device field, and we’re very excited about these developments. Last year we linked a pen needle case to a cellphone that can automatically order new needles. This year? We’ve had inquiries from clients regarding asthma attack detection via chemical analysis of the breath. This space is expanding dramatically.

And no visit to CES (or article about emerging technology) would be complete without a stroll through the start-ups’ area. This year there were plenty of intriguing sensor developments among the start-ups, many of them re-using existing technologies. For example, ultra wide band transmitters in the gigahertz range were popular. They consume very little energy for short-range, high-bandwidth communication. In the past, they’ve been used to create personal area networks, wireless high-resolution video, and allow fast wireless file transfers between portable devices. This year we saw some more creative uses. For example, one company modified ultra wide band transmitters to create hi-resolution 3D imaging within a house, allowing them to track people or objects within a home or building.

Another start-up company was demonstrating the use of accelerometers and gyroscopes to add simple dead reckoning to household devices. They used a beacon, compass and step counters to allow the devices to figure out which room they were in. This is useful because GPS doesn’t work indoors. 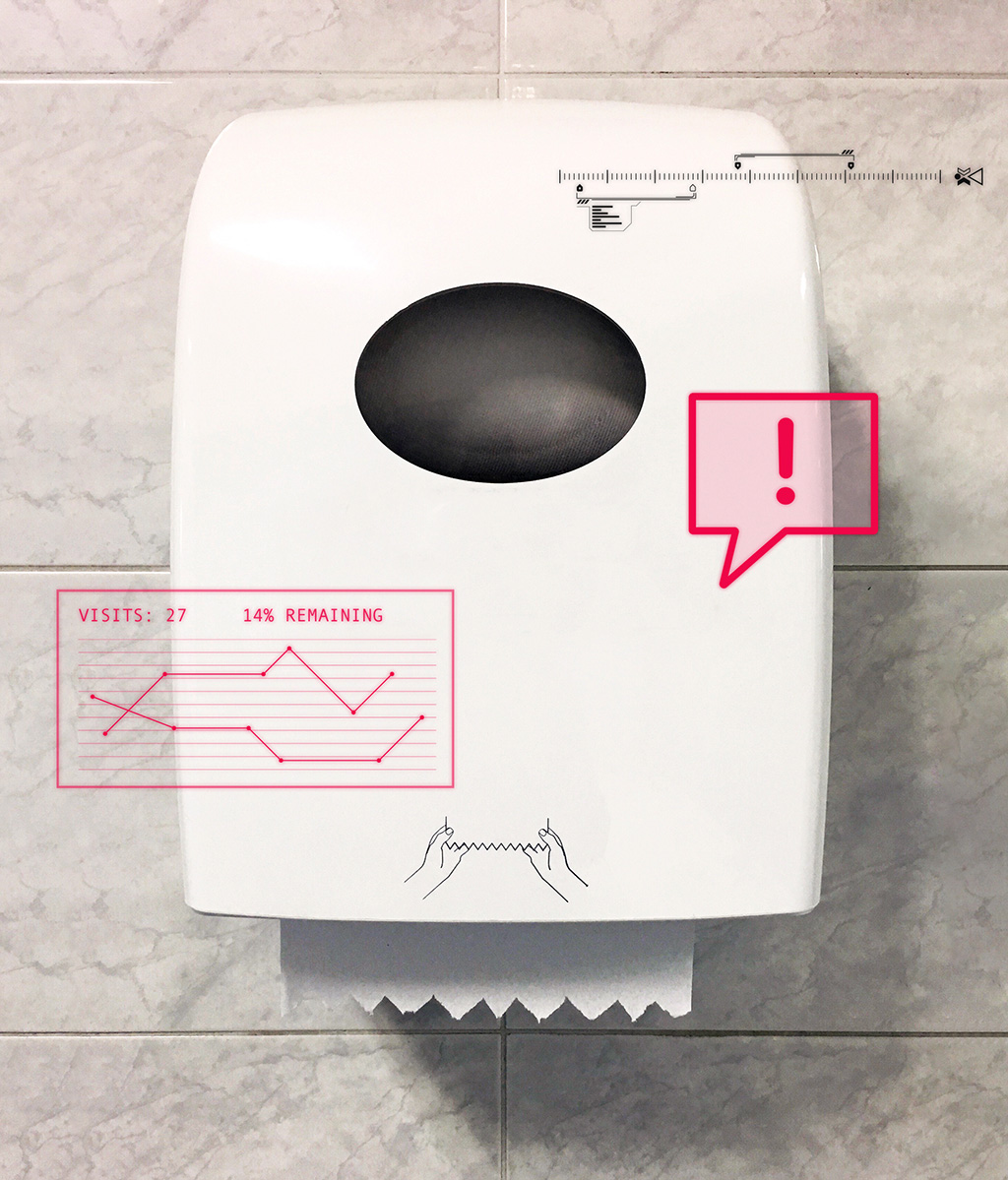 Audio beam-forming was another cool application we saw, using MEMS microphones and inexpensive, high performance microcontrollers. If we know the direction the person is talking towards, we can make a pretty good guess about whom they’re talking to, and where they are. Are you telling the TV to change channels, or are you talking about channels with the person sitting next to you on the couch? It used to be difficult or expensive to get this contextual information, but now it’s relatively easy.

Energy harvesting was another trend. Various technologies used ambient heat, piezoelectric elements, inductive coupling or indoor solar panels tuned to work at indoor light frequencies to power devices running on a few hundred micro-amps. Devices that use Bluetooth or long-range sub-gigahertz radio are already starting to collect their own power from their environment. A paper towel dispenser in a bathroom could recover enough energy from people tugging on the paper towels — or the bathroom lighting – to radio the site manager that it needs a refill, or that the bathroom has seen an unusual amount of traffic that day and could benefit from a cleaning.

The Internet of Things Has Arrived

The big takeaway from this year’s CES was that the Internet of Things ecosystem is dynamic, and getting more populated by the day. And this is fantastic news for device designers. We have lots of new sensor capabilities available. The level of sensor and sensor-fusion technology has taken a significant step up in performance and quality, and a significant step down in price, driven by the automotive, wearables and medical markets. This diversity will allow us to competitively expand the capabilities of the devices we design and offer compelling new functionality to our clients.