If you happened to pass through Philadelphia’s 30th Street Station prior to 2019, you probably noticed the giant, vintage split-flap display that announced train arrivals and departures. Part of 30th Street’s soundtrack, the flips of those flaps were unique and oddly soothing.

To widespread dismay, Amtrak took the sign down last January because it no longer met ADA accessibility laws. Like everyone else, we were sad to see it go, and it got us talking about split flaps. One fateful Friday evening, all of our talking led to the discovery of a starter split-flap display project meticulously crafted by software engineer, Scott Bezek. If nothing else, we had to give this project a shot.

We weren’t setting out to invent something radically different, but we wanted to prove to ourselves that we could make our own split flap. 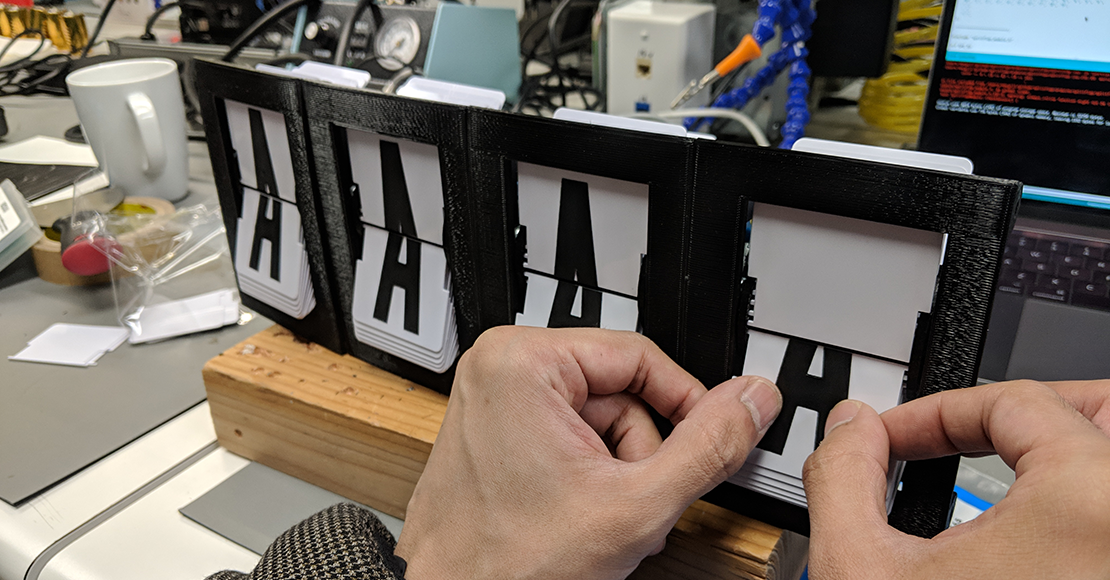 Split Flaps: Impractical, But So Cool

It didn’t take long for us to realize our project might be an exercise in futility. Our early research wasn’t promising. We discovered that split flap modules are both expensive and prone to breaking. And, of course, they can’t display nearly as much information as pixelated displays.

Our early research wasn’t promising. We discovered that split flap modules are both expensive and prone to breaking.

On the other hand, they’re a novel way to convey information, and we’ve never let impracticability stop us from pursuing a side project. As part of our research we came across companies like Oat Foundry and Vestaboard, which make Internet-connected split flaps that display messages sent from apps — and we ended up wanting one for the office.

But boards like those can cost upwards of $2,000, and since they’re custom-made, they take a while to ship. We knew that by building a split flap in-house, we’d be able to get it up and running faster, and we’d have a lot more flexibility. 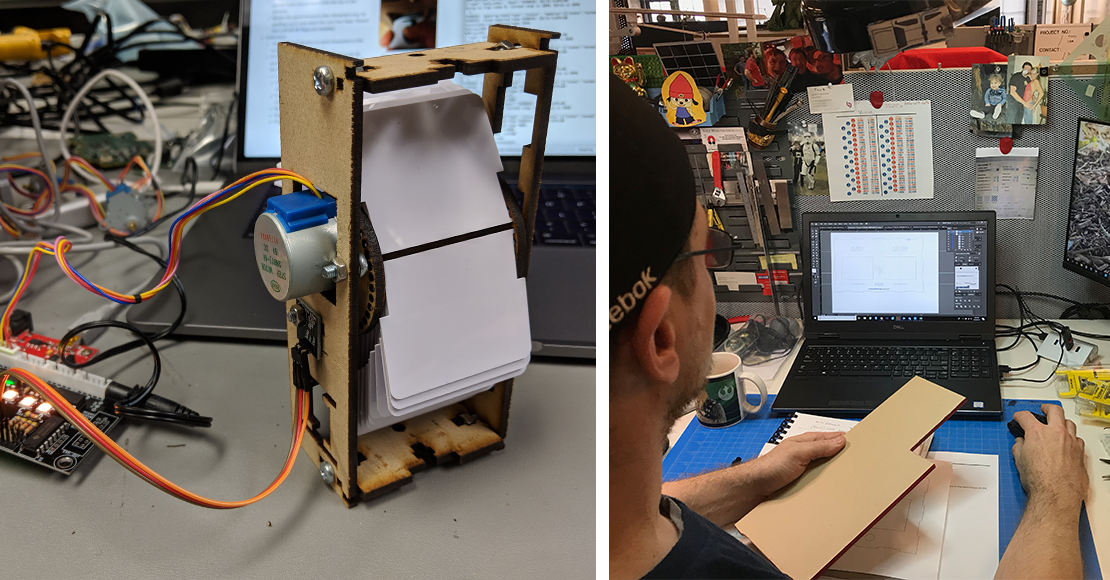 To get started, we used the open-source model to control the rotation of the flaps. Each character has forty flaps and is controlled by a stepper motor and a simple encoder, which is basically a magnet that goes around on a wheel. There’s a hall-effect magnet sensor at a fixed position, and that indicates start and stop, or where home is. Unfortunately, the hardware costs add up, even when your time and 3D printing is considered free. We decided to limit our project to four split flaps, and even on that small scale, we still spent a couple hundred dollars on parts.

One of our first iterations ran perfectly, but it was silent. It didn’t make the flip-flap sound that split flaps are known for, and we couldn’t have a split flap without the flip flap. With some fiddling and testing, we determined that the interference between the flap and the casework top creates the soothing, uniform flapping sound.

One of our first iterations ran perfectly, but it was silent. It didn’t make the flip-flap — and we couldn’t have a split flap without the flip flap.

We asked John Kurcheski, our resident model maker and all-around model citizen, if he’d help us create an enclosure for the split flap, and he jumped onboard immediately. We all collaborated on a sketch, and John got to work creating the box, laser-cutting some brackets, adding LED lighting, and making the final product look pretty. Fitting all the components inside casework wasn’t easy, and John showed us why he’s the king of cable management — one of the most boring sounding and yet critical pieces of the puzzle. 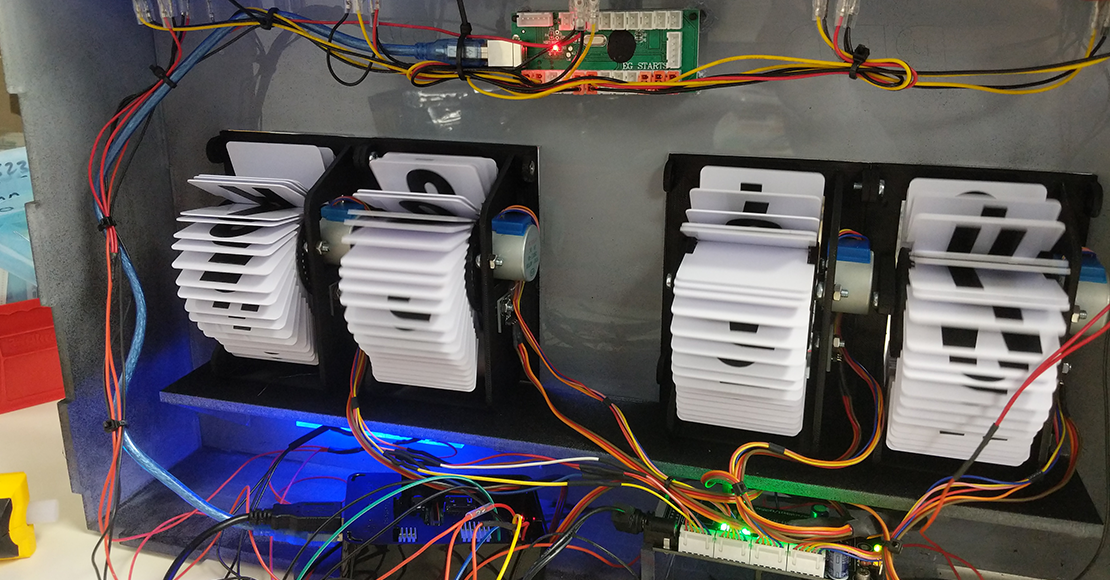 Getting Creative With Four Characters

Along the way, we started asking ourselves what we could do with a four-character split flap, besides spell four-letter words. It just so happened that the legendary Bresslergroup company-wide shuffleboard tournament was reaching the final matches in the coming weeks. Our colleague chimed in and suggested that we use the split flap display as a scoreboard, with two characters representing each side.

After that we went straight into scoreboard mode. We decided we wanted people to be able to control the scoreboard both physically and from the other side of the shuffleboard table via an app.

We started asking ourselves what we could do with a four-character split flap, besides spell four-letter words.

That’s where Brian’s software engineering expertise came into play. He architected and designed a Web application that anyone can access. The application runs on AWS using a serverless architecture to reduce cost and leverages IoT Core to communicate with the split flaps.

To prevent anyone in the world from toying with the score, users need to authenticate themselves. When you open the app, you will be prompted to press the green button on the split flap display proving that you are physically present with the device. You’re then authenticated for the rest of the day and can control the scoreboard remotely from wherever you are.

Developing authentication against a physical device in real time can be tricky, but it’s also one of our favorite features. 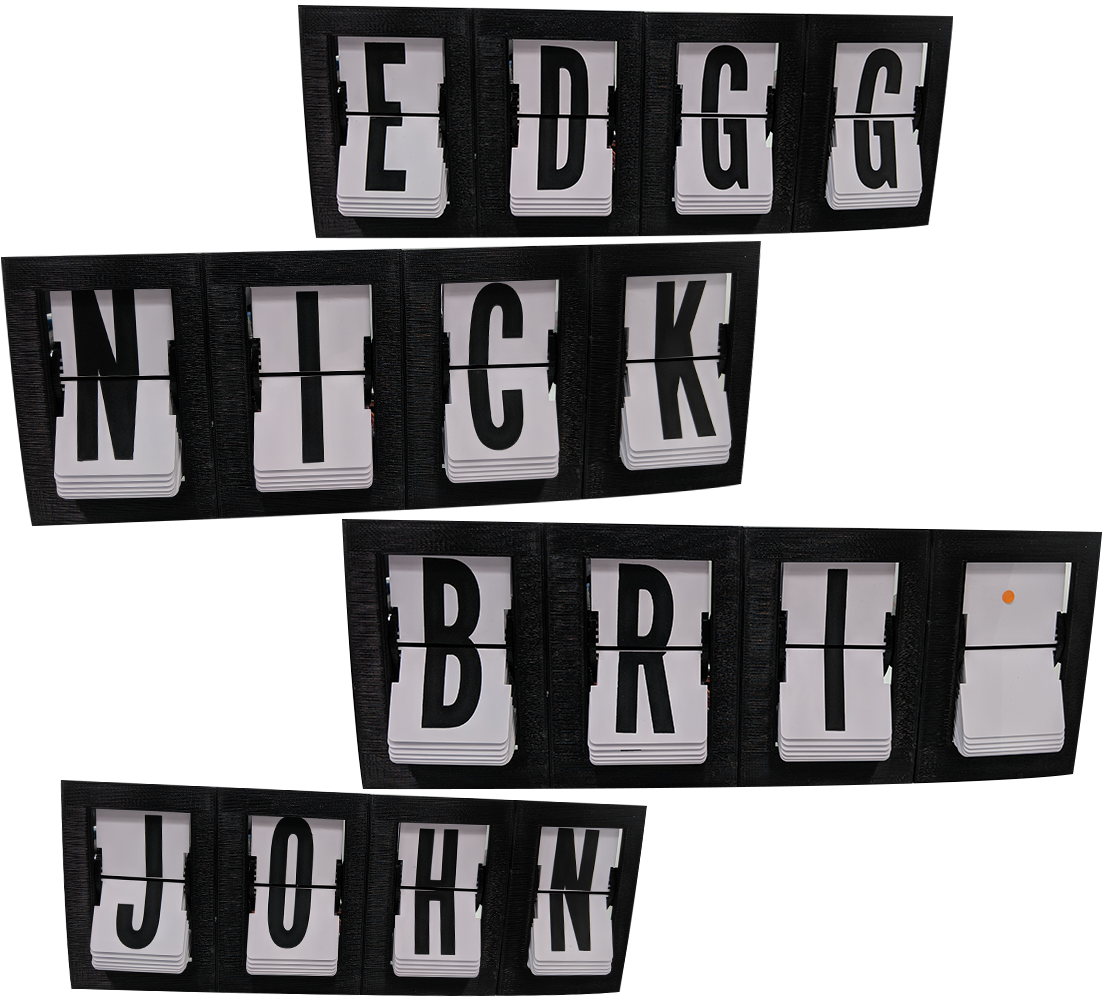 The split flap was a success at the shuffleboard tournament, but afterwards it looked a bit sad and lonely. Unless we were playing shuffleboard it was purposeless, and to be honest, it was kind of boring. We needed a way to make it more useful, so we came up with “clock mode.”

If you hold the main button on the split-flap display for five seconds, it turns into a timekeeper. At first, at least one character would go through a full rotation of forty flaps every minute in order to progress to the next number. Even though the sound is beautiful, that much flapping would’ve been really annoying to anyone within hearing distance. We changed things up a bit, so instead of going through a full rotation to change characters, a single flap drops — our “stealth” or “quiet mode.” 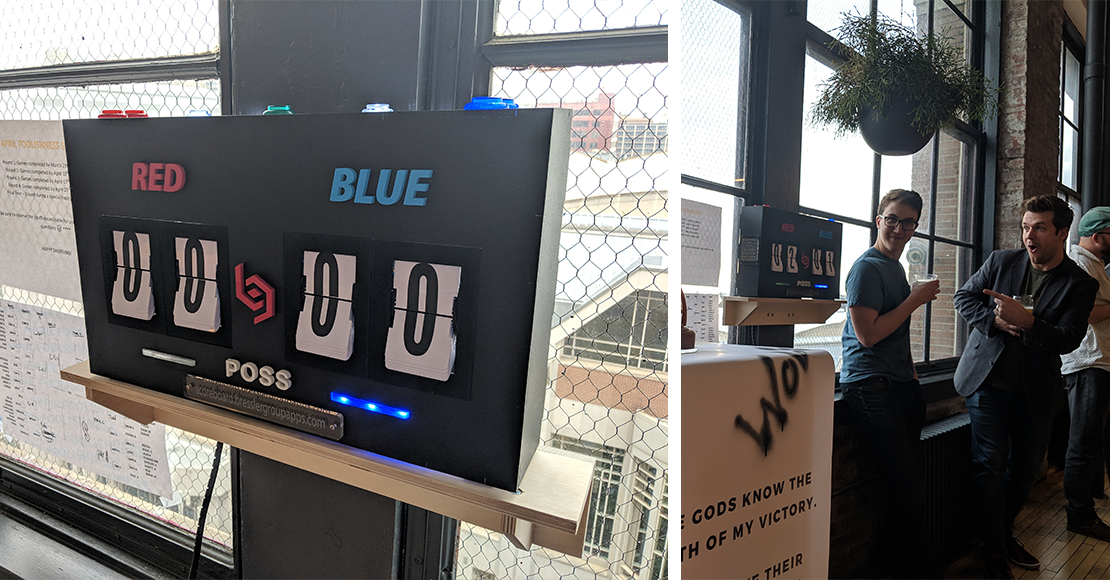 Up Next: A “Spicy Chicken” Counter?

If you visit Bresslergroup, you can’t miss the split-flap display. It lives front and center in the lobby and it’s the crowning jewel of the office, at least according to the four of us. We have a few ideas about how we might use it in the future, like as an injury counter in the shop (kidding, not kidding?) or as a Web traffic monitor. We’ve toyed with using emojis instead of characters or adding a microphone and counting every time someone says “spicy chicken,” a favorite lunch item from our local food truck.

Unfortunately, split flaps don’t scale well. For starters, they take a while to build and set up. Each module has forty flaps, and each has to be laser-etched or manually labeled. We found out the hard way that placing the character stickers by hand is awful and slow. Then, there’s the encoder — it’s prone to breaking, and it can loosen over time, so your split flap starts to think it’s on B when it’s really on D.

Even with those challenges, we had a blast working on the split-flap display, and we’re really proud of it. Our office has a cool, new, old-school gadget — perhaps we’ll bring back nixie tube displays or the 80’s boombox next?

(Check out more Bresslergroup side projects!) 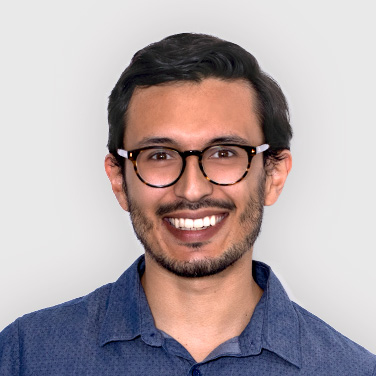 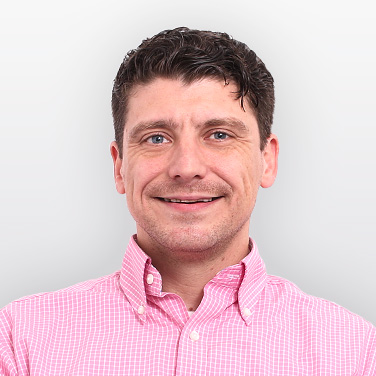 John is a lifelong tinkerer who uses his creative problem-solving and technical skills to assist Bresslergroup's electrical engineers with making models, prototyping, and testing.