Portal: The Gaming System for an Aging Population

A little while ago some of my colleagues collaborated on a blog post about gaming trends.

One trend was the growing popularity of gaming among an older demographic. It included this observation: ” … gaming systems aren’t designed for use by the older population, but that is a thin barrier that we expect will soon be overcome.” This gave me the idea for Portal, a gaming system for users who are age 65+.

It’s well-known that this demographic is growing. By 2035, one in five Americans will be over the age of sixty-five. This population shift is sure to cause ripple effects within our society and culture. I started thinking about this through the lens of gaming, which has been shown to combat boredom, social isolation, and the neurological effects of aging. These are some of the most common pain points as we grow older.

Senior citizens are already using video games. The next logical step was to design a system that addresses their needs. 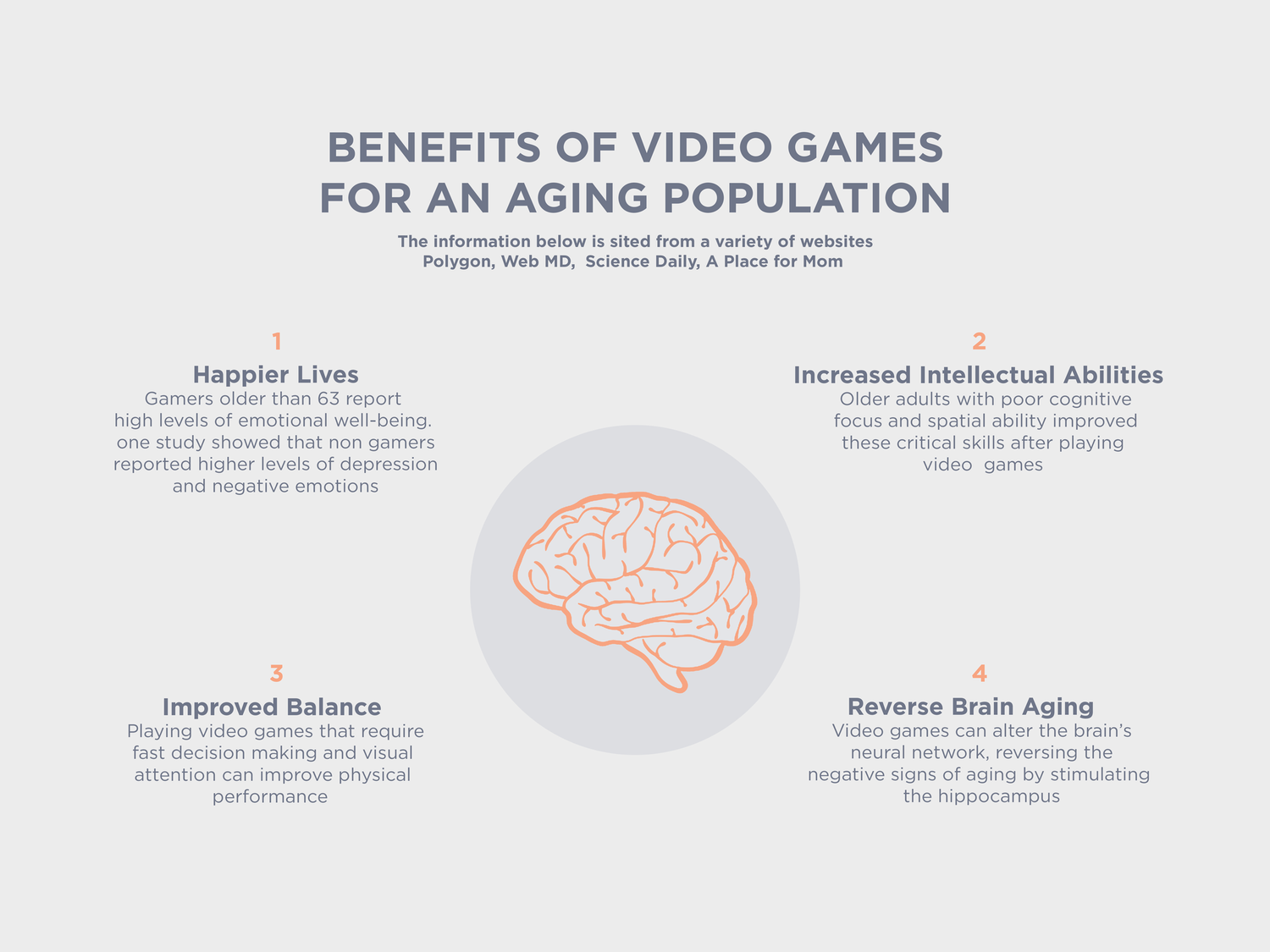 What should a gaming console for an aging audience look like?

My concept combines the idea of a video game console mixed with a smart home device featuring voice recognition (think of Amazon’s Alexa).

The display in the middle of the Portal console is easy to see from a seated position, thanks to its angled surface. It’s ringed by a mic/speaker that lets the user converse easily with fellow players. In contrast with the headsets that typically come with online gaming systems, this out-in-the-open console encourages socialization with family and friends. To communicate its function, the general cone shape calls to mind something that projects sound.

The voice recognition capability could also enable a walkthrough for someone who’s having trouble with any aspect of the device. As part virtual-assistant, Portal’s functions are expandable — there are endless possibilities.

The soft minimal aesthetic of both the console and the controller is meant to blend into a mature setting. It breaks from the youthful, sometimes aggressive, aesthetic of traditional gaming systems. 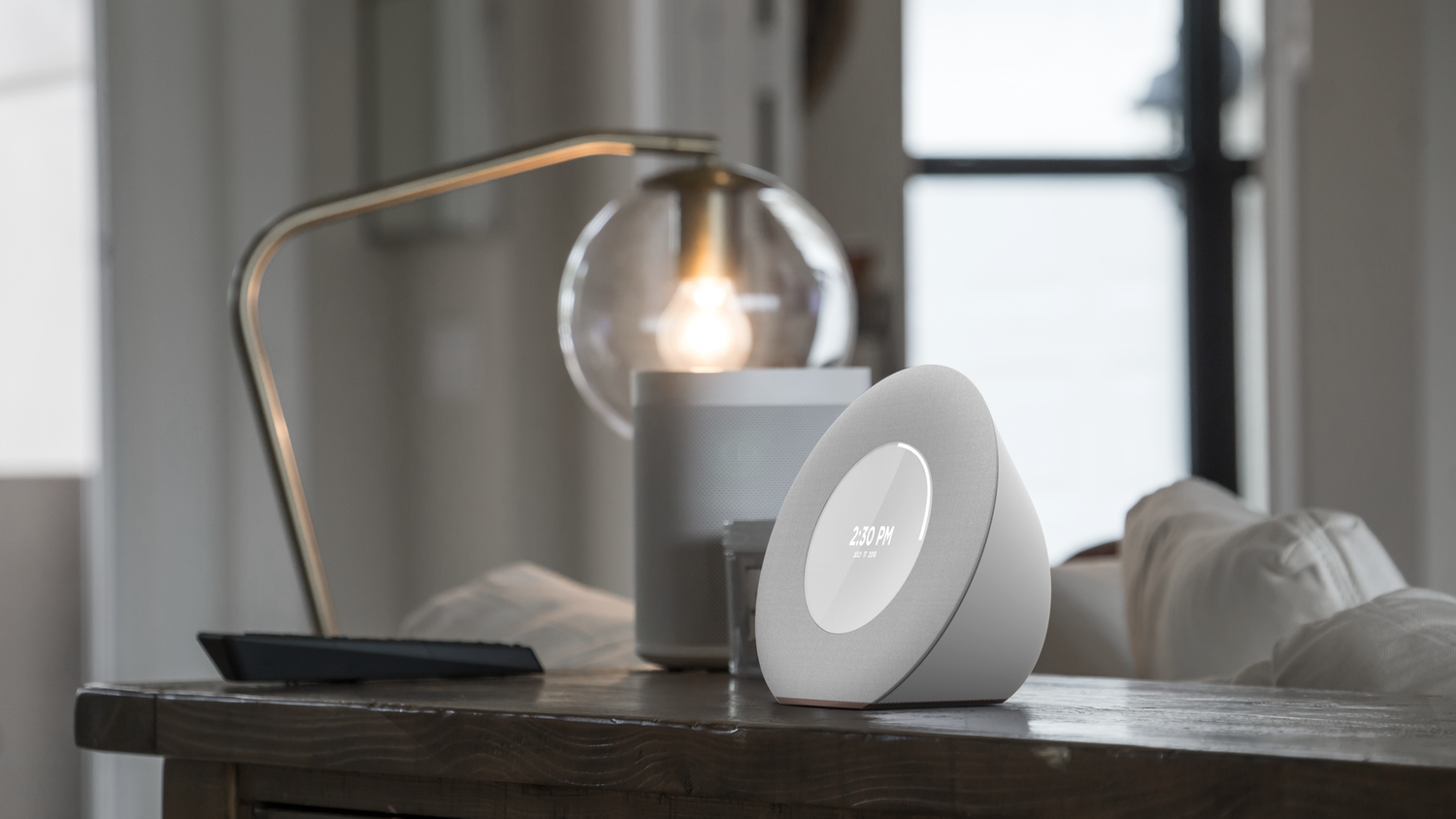 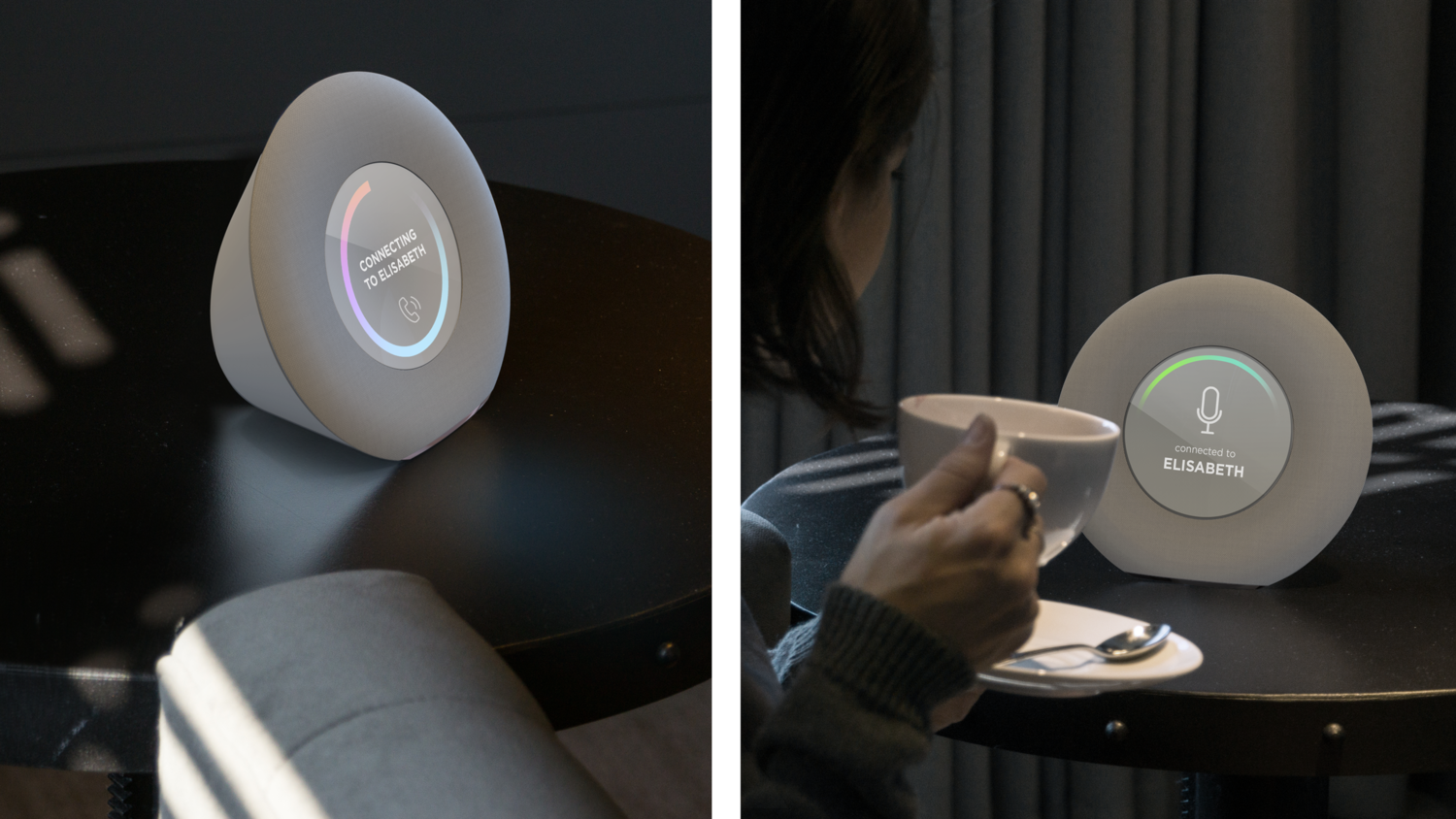 Video games are inherently addictive, and users have a tendency to injure themselves on every available type of controller, because of overuse and repetitive motions.  The Portal system’s voice control interface alleviates this by limiting the required amount of physical navigation.

The user can talk to the device to take care of many functions, such as turning it on and off, and different kinds of play — including gaming through voice controls for users with limited dexterity (severe arthritis and/or carpal tunnel syndrome). 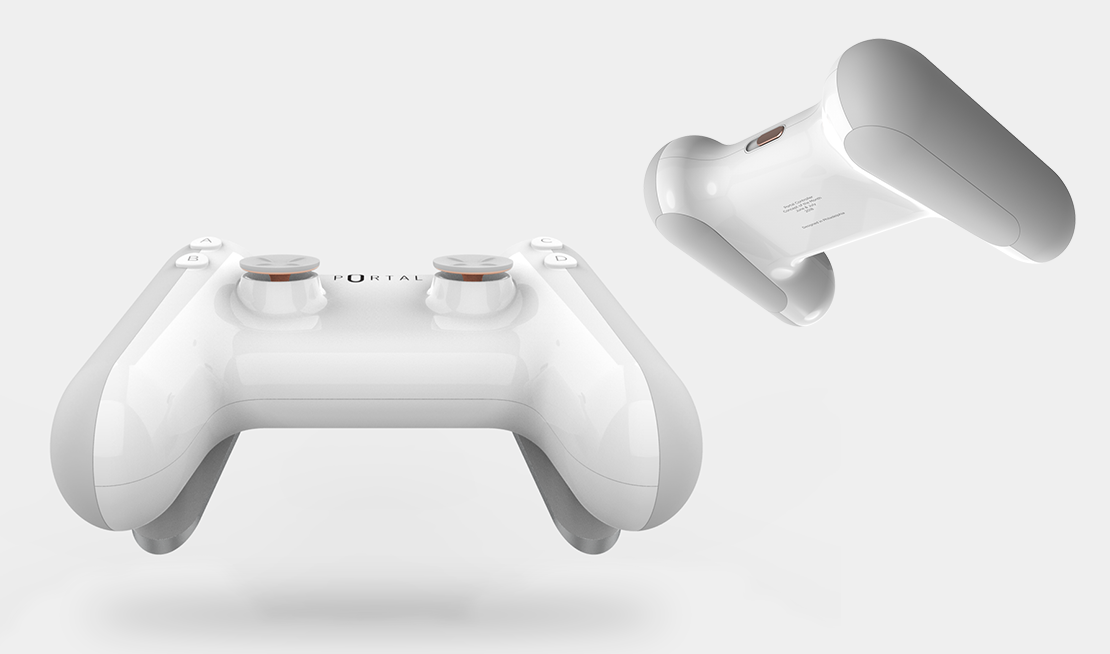 The physical controller also stimulates movement without being too stressful. Its soft design makes it comfortable to hold, reducing the risk of injury. And it has a secondary “exercise” mode to help users build grip strength and dexterity. The extra, larger trigger at the bottom of the controller provides subtle resistance for games designed to enhance these exercises. 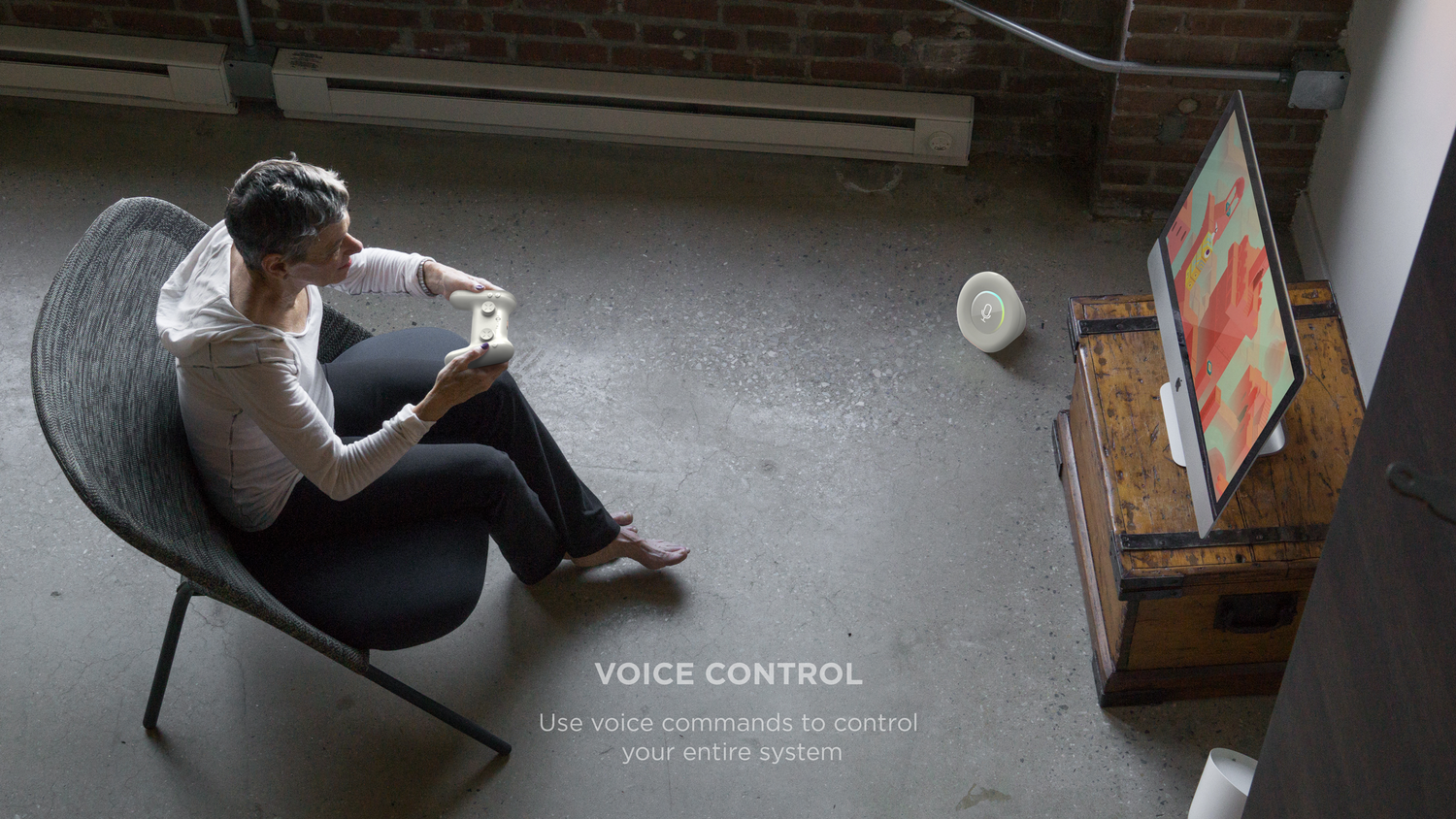 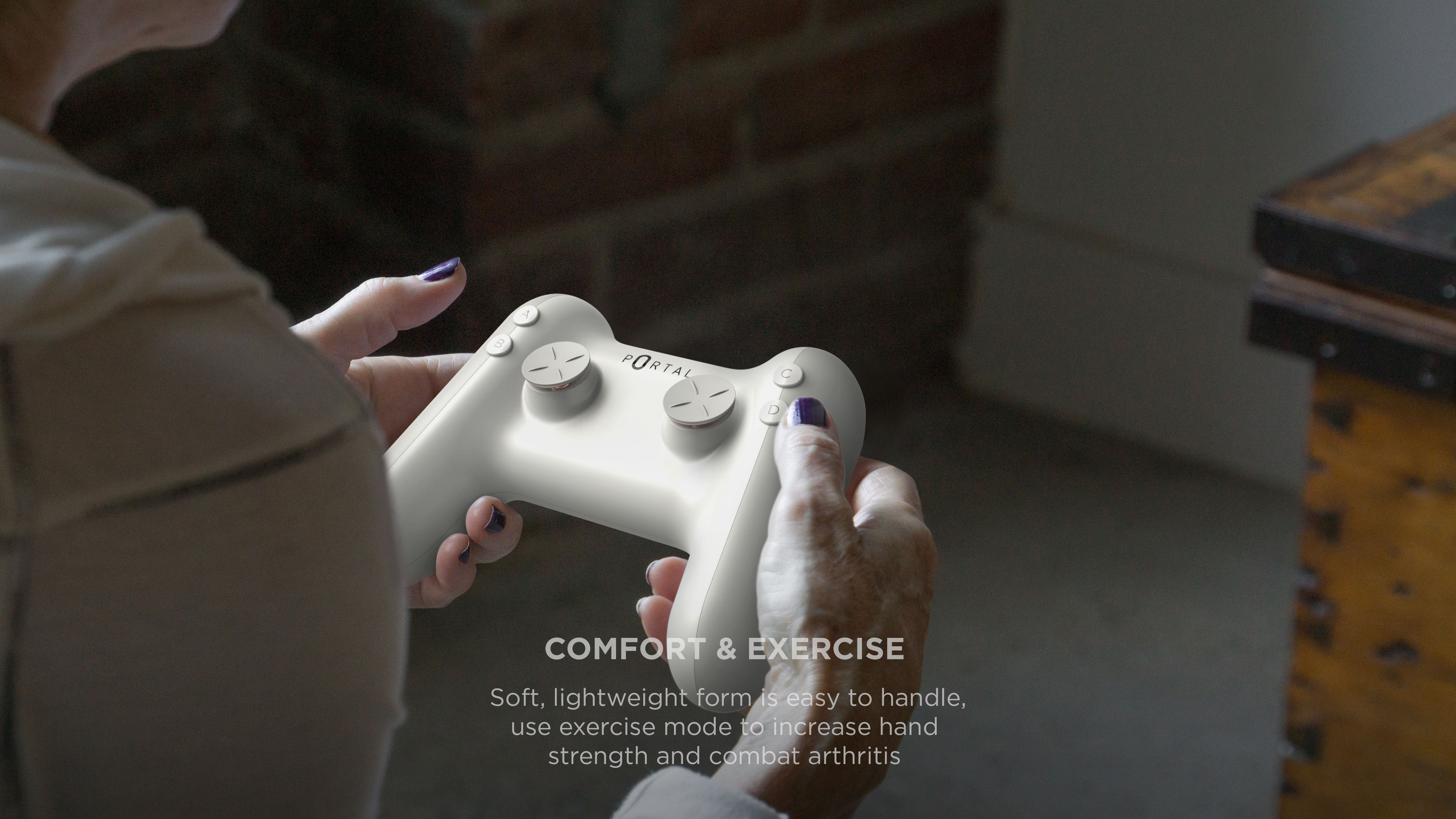 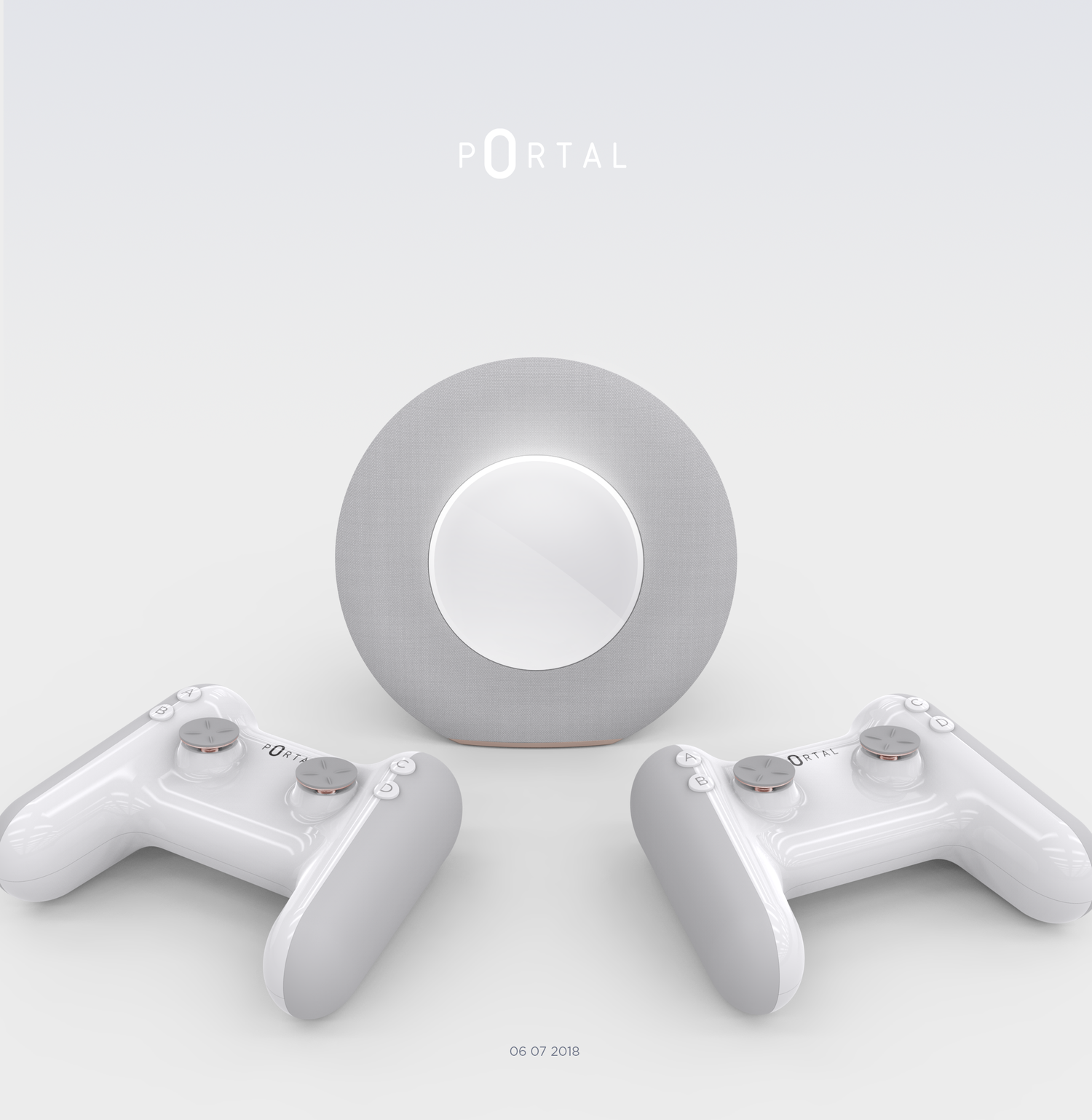 (Our side project series is where we share concepts and other non-client work. Check them all out!)