As a mechanical engineer who works in product design, I’m fascinated by ’80s laptops — both for the engineering feats they represent and their wild design. I also love DIY electronics projects, so it was only a matter of time before I decided to build my own ’80s-inspired laptop.

Over the past several months, I’ve spent many hours creating the GRIZ Sextant — a DIY celebration of ’80s computing.

The GRIZ features a collection of DIY hardware (keyboard, display, and Raspberry Pi) brought together in a custom 3D-printed enclosure. It draws inspiration from the GRiD Compass, arguably the first clamshell laptop. Best of all, it’s designed to be reproduced, so anyone who’s interested can build their own.

Inspired by the Wild West of Computer Design

Even though I’m a ’90s kid who didn’t pick up a mouse and keyboard until the Windows ’95 era, I appreciate how much work went into creating ’80s laptops like the Commodore or Tandy, both of which were made before computer-aided design (CAD) was ubiquitous.

Plus, I’m drawn to the outlandish style of ’80s machines. It’s clear that designers had not yet settled on the sleek, simple modern aesthetic that we now expect. It was the Wild West of computer design. As a result, designers created bold, unusual hardware that’s beautiful in its own right.

Somehow, the boxy GRiD Compass bridges the bold, outrageous look of ’80s laptops and a more modern, sleek look. It seemed like the ideal inspiration for a Raspberry Pi-powered laptop. Its form factor, with parts that break up in a logical and straightforward manner, also meant that it would be relatively easy to 3D print.

As I set out on this side project, I took pains to Keep It Simple Stupid (KISS). I wanted to cut down on build effort wherever possible and keep support material to a minimum.

I went to great lengths to keep the dimensions small enough so that the casework parts would fit on a standard 8-inch by 8-inch build platform. I kept the part count as low as possible and used only three distinct types of screws. I even managed to remove visible fasteners from all surfaces except the bottom and rear.

I picked parts that would reduce the need for modification and rework. Wherever possible, I chose interconnects that could be accomplished with off-the-shelf cables to minimize the need for splicing and soldering. 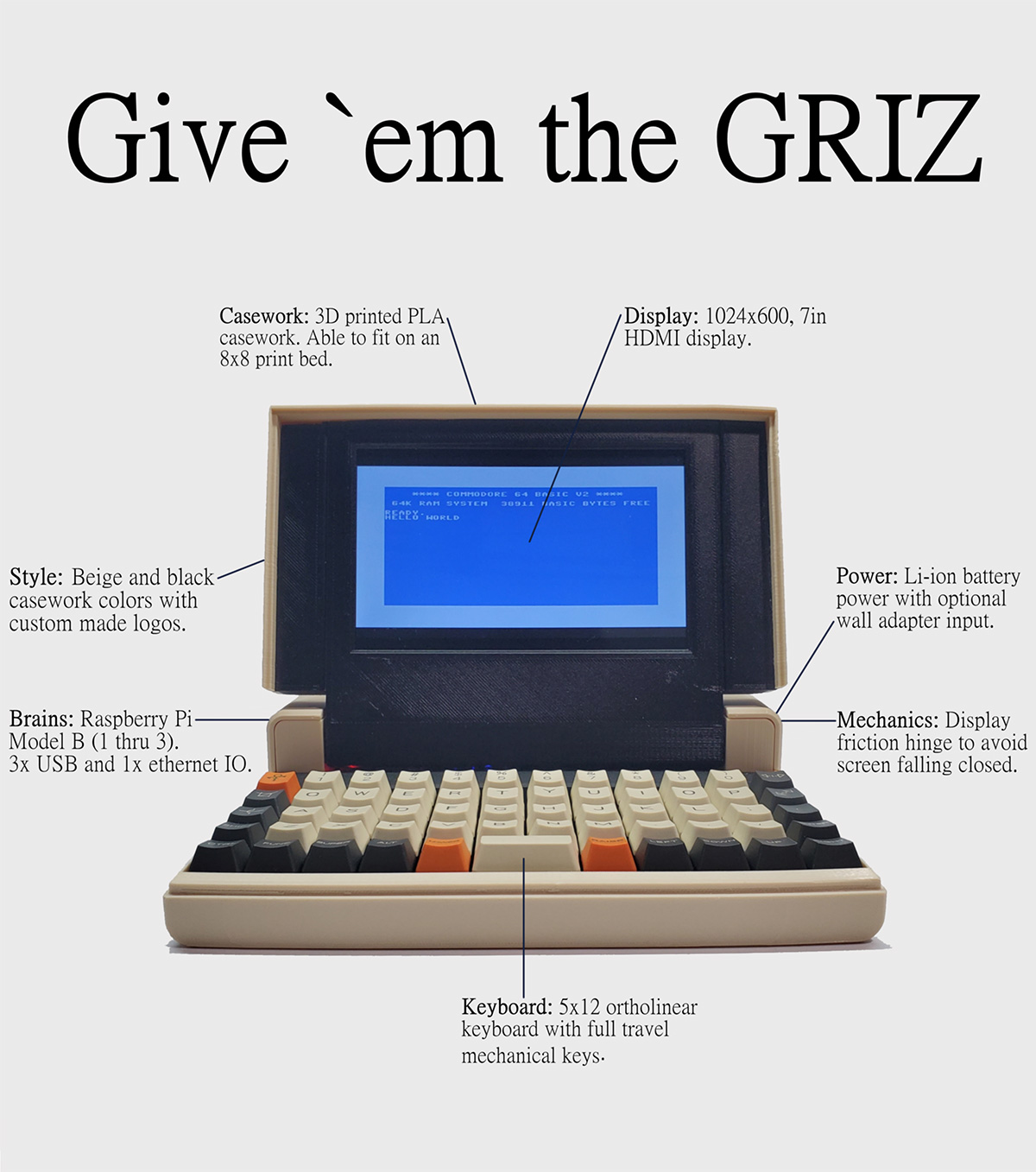 After months of work, I managed to 3D print a PLA casework complete with a 1024 x 600 pixel, 7-inch HDMI display; lithium ion battery with optional wall adapter input; USB and ethernet ports; and a 5 x 12 ortholinear keyboard with full travel mechanical keys — all powered by Raspberry Pi Model B (1 thru 3).

I call it the GRIZ Sextant, an homage to the titans of ’80s computing, with some design flares like two optional logos which may or may not be hiding some fasteners. (Thanks to my Bresslergroup colleague, Lily Wolf, for designing these super cool logos.)

The laptop is a joy to look at and to use. The keyboard feels great, and the 7-inch HD display offers more than enough resolution. 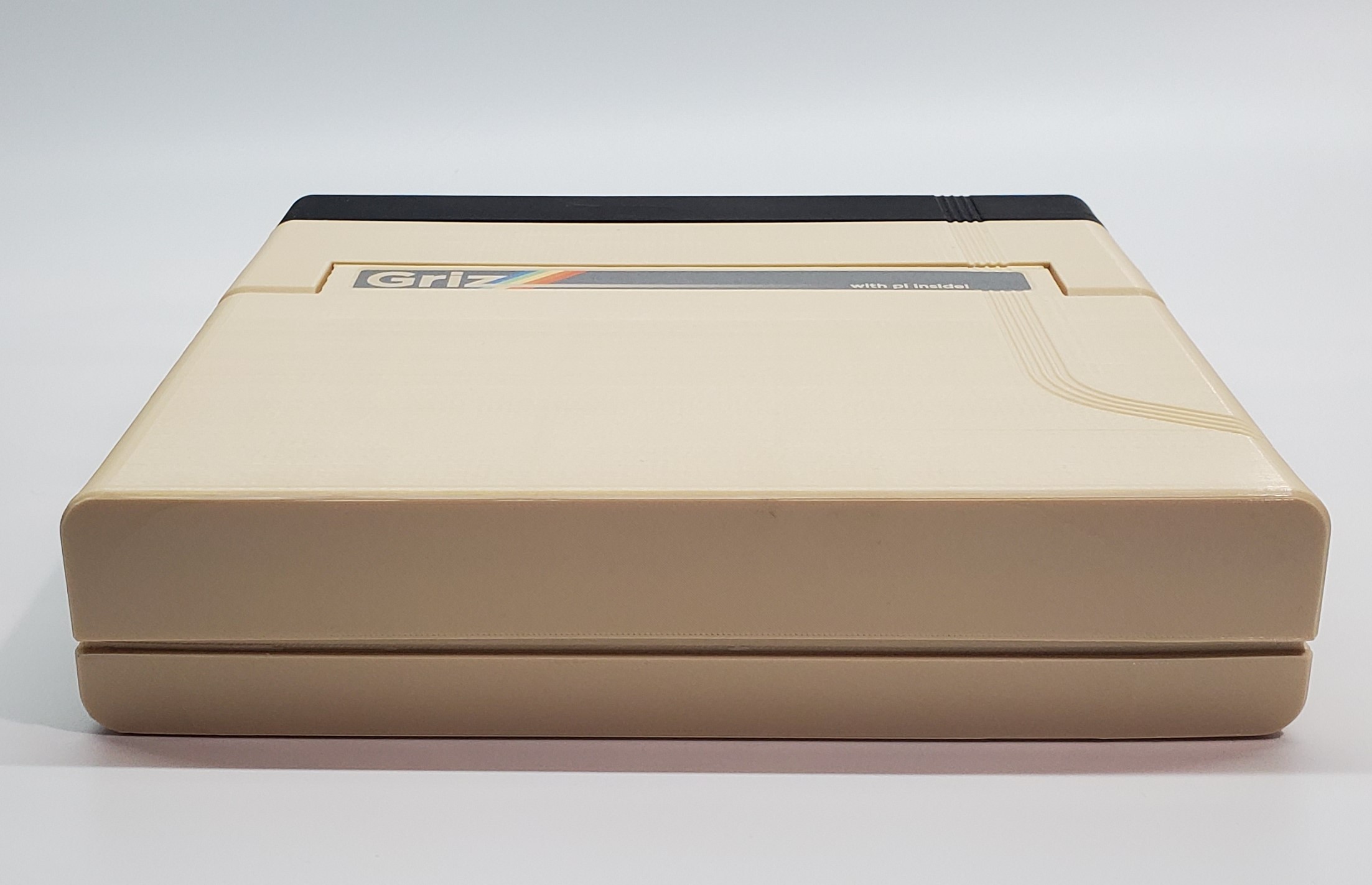 The Joys of Side Projects

This side project had its fair share of hiccups. I decided early on that I wanted a 50 percent mechanical keyboard with a dedicated number row. I selected the JJ50 from KPrepublic, and after waiting over a month for it to arrive, I was horrified to find that it barely functioned with a Raspberry Pi.

After some stress-filled days, I figured out that the problem was due to the LED library which controls the keyboard underlighting. Since these lights weren’t necessary, I disabled the LED library in the firmware, and the issue went away.

Then, a friend volunteered to 3D print the first set of parts, and they were subsequently lost in the mail for a month. My first attempts to print at home lead to excessive part warping. Eventually, I bought an enclosure for my machine and turned off the cooling fan during printing. 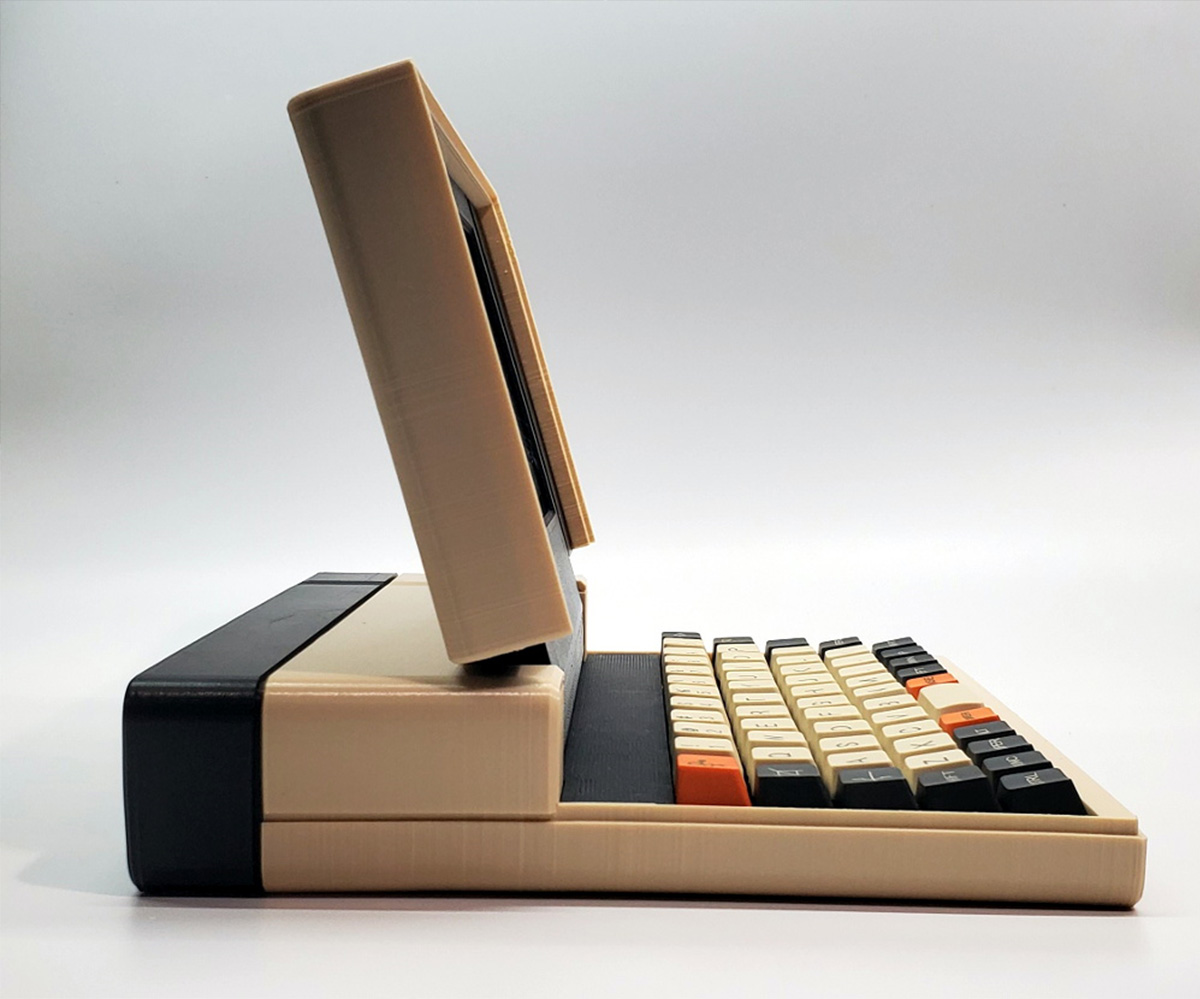 An ongoing issue in this design is power supply. My initial design was for a 4400 mAh battery boosted by the Adafruit Powerboost 1000c, but given the increased power demands of the newer Raspberry Pi, as well as the 7-inch display, the PB1000c has trouble keeping up.

At the moment, the system is limited to working with a Raspberry Pi 2 Model B instead of the Raspberry Pi 3 Model B. I hope that some tinkering and redesigns will allow me to switch the battery to a 10000 mAh power bank and allow the user to switch between battery and wall power.

Finally, while I haven’t built in a sound system, I have picked out the components and selected a spot for them. You can expect sound in the second build.

While the process of building my own Raspberry Pi-powered, 80s-inspired laptop was rewarding, the best part of this side project journey has been learning from the maker community.

The Cyberdeck community in particular has been instrumental. Through this community, I’m able to open my designs up to other engineers. Every time they look under the hood and make tweaks and improvements, I learn from their approach. I also got some great input after the project was featured on Hackaday.

In the spirit of sharing and collaboration, I’ve started a YouTube channel, called Behind Schedule and Over Budget, to document the making of the GRIZ Sextants, lessons learned, and future versions. My hope is that others might be inspired to build their own GRIZ Sextant machines or others with ’80s flare.

(Check out more Bresslergroup side projects) 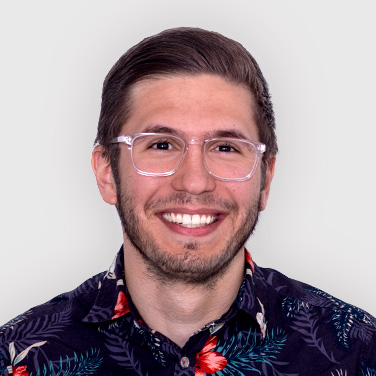 Mike's favorite thing about being an engineer is breaking problems into solvable pieces and the hands-on aspects of prototyping, building, and testing. Outside of work, he tinkers with robotics and plays and designs video games. He has a bachelor’s degree in Mechanical Engineering from Temple University.