Three years ago I redesigned all the state flags with the intention of updating the designs and sending out a message of unity.  Here’s an excerpt from the original post, United We Stand, that describes what prompted that project.

Not too long ago I heard a radio piece about a city flag. Curiosity led me down the path to our state flags. I was immediately bothered by how discordant they are as a group, and I wasn’t surprised to learn they break just about every rule of flag design. When you look at them all together, there’s no indication they come from the same nation.

Unfortunately this is an accurate representation of where we are right now as a country. We can’t seem to get anything done. But we used to. As a tribute to the collective creativity that brought us this far — and, truth be told, to the “united-ness” I hope we adopt in the future — I embarked on a project to redesign all fifty state flags. 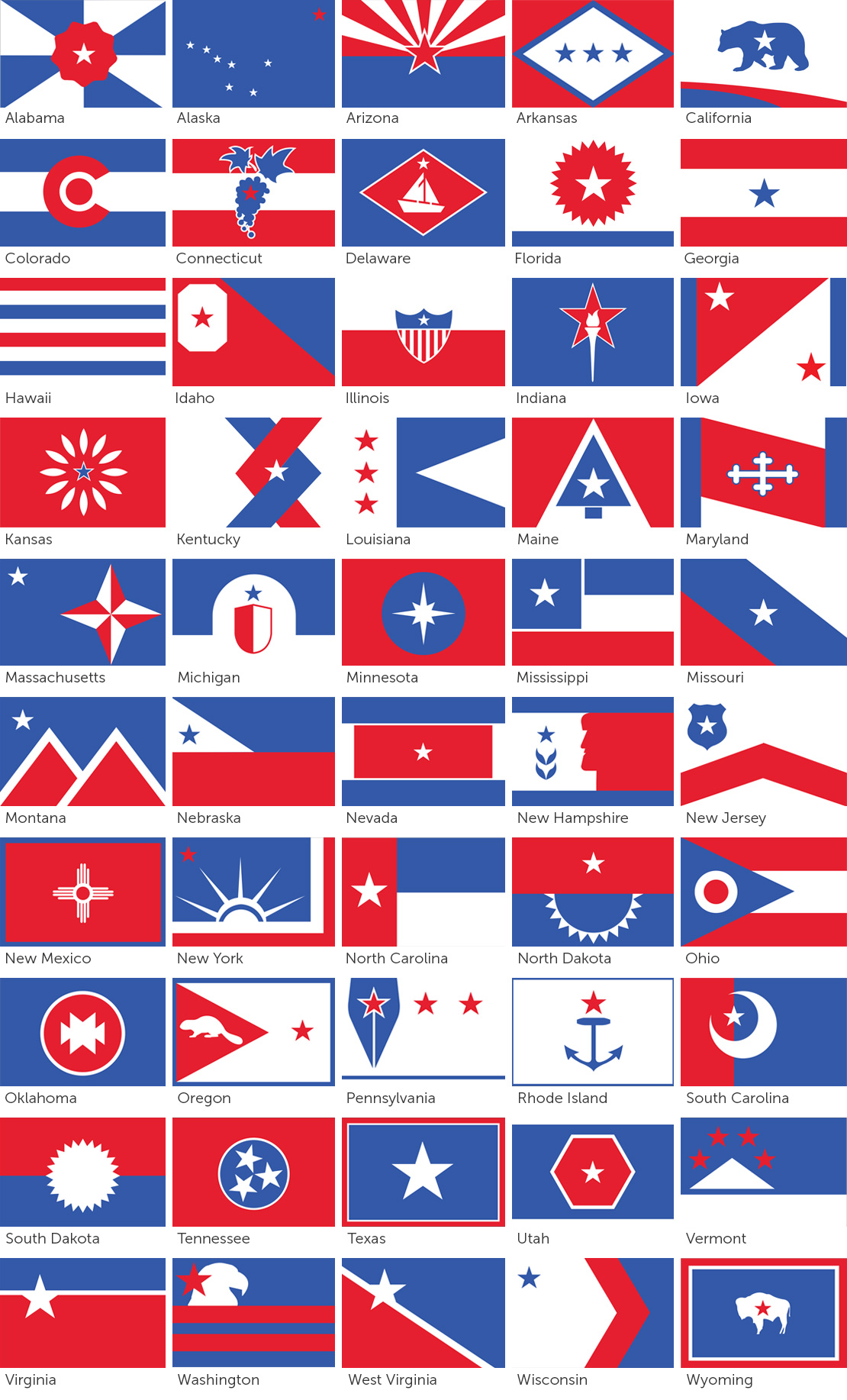 With Voting Day happening this week in an extremely divisive election, I thought this would be a good time to revisit the project. I’ve been wanting to tweak some of the designs – California, Delaware, Illinois, Maine, Minnesota, Nebraska, New Hampshire, Oklahoma, South Carolina, and Utah are a little bit different from their original versions: 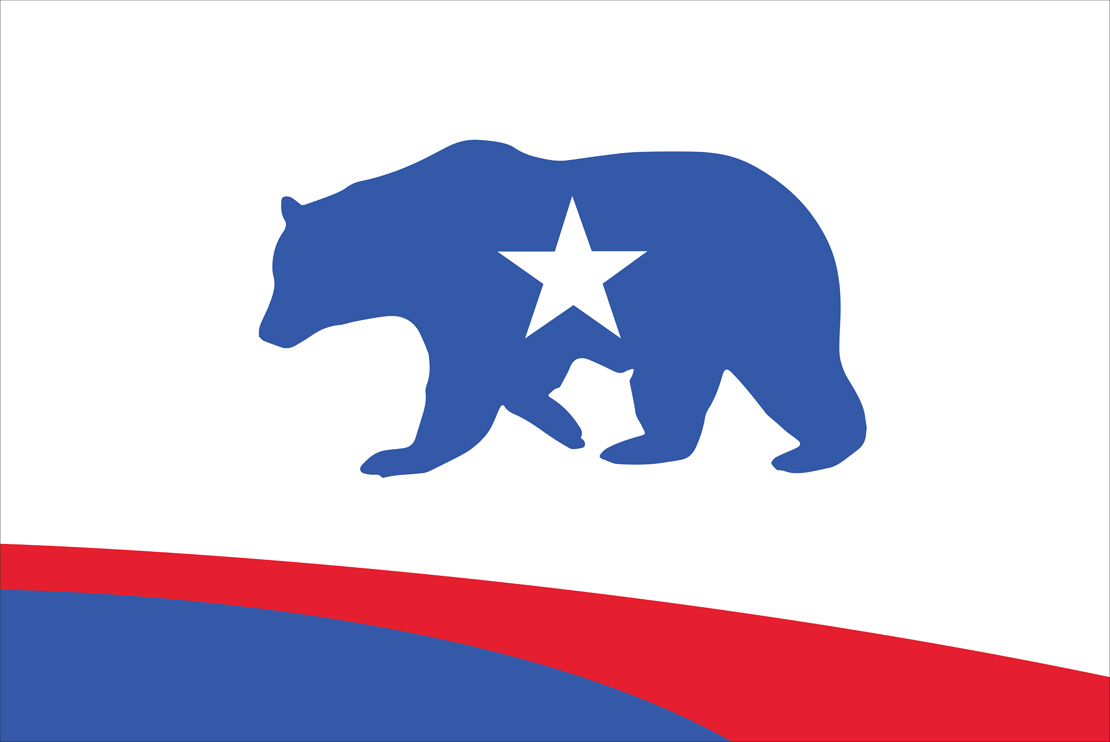 California: Probably the most challenging flag to re-design.  The current flag has a rich history and even though it breaks many rules of flag design, it is bold, iconic, and looks great on a t-shirt!  Previously my design featured curves to convey the coastline and Route 1, and even though it was a completely different take, removing the bear always bothered me a bit. The new design is like the old one with the bear reinstated.  The Bear Flag Revolt took place in 1846 when a small group of American settlers rebelled against the Mexican government and proclaimed California an independent republic. 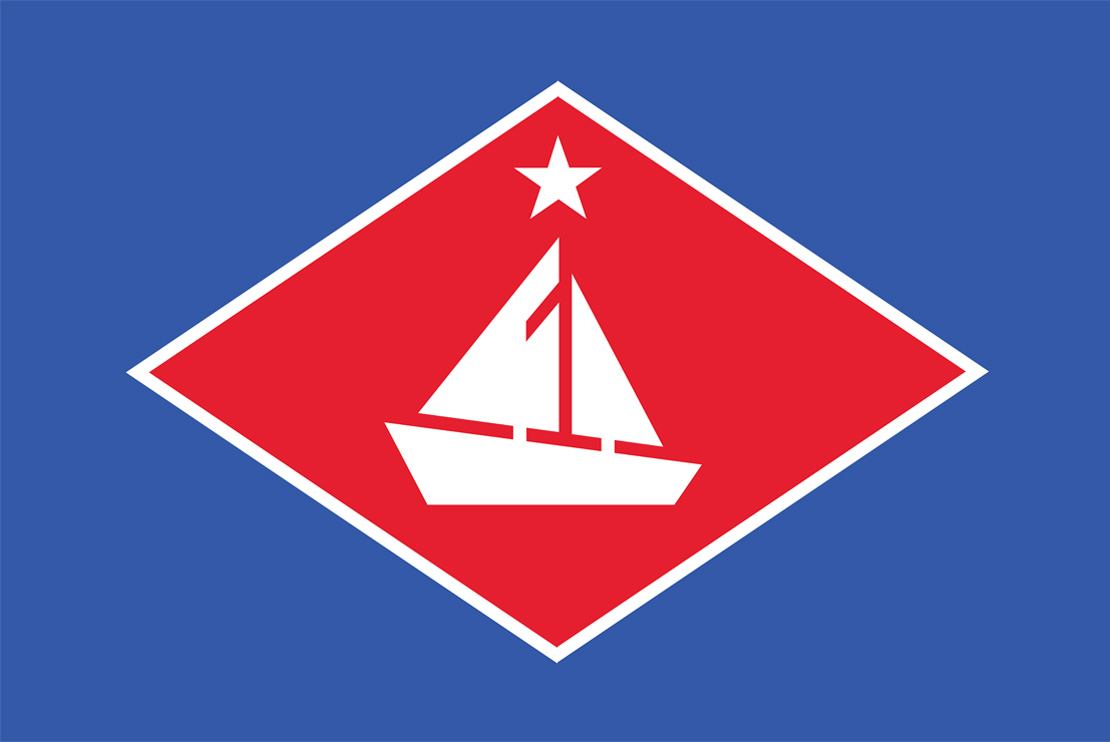 Delaware: I kept the existing flag’s blue field and diamond, said to represent George Washington’s uniform.  In the diamond is a “tall” ship, which speaks to the state’s history of coastal commerce.  In the negative space of the sails is the number “1” signifying that Delaware was the first state to ratify the United States Constitution. 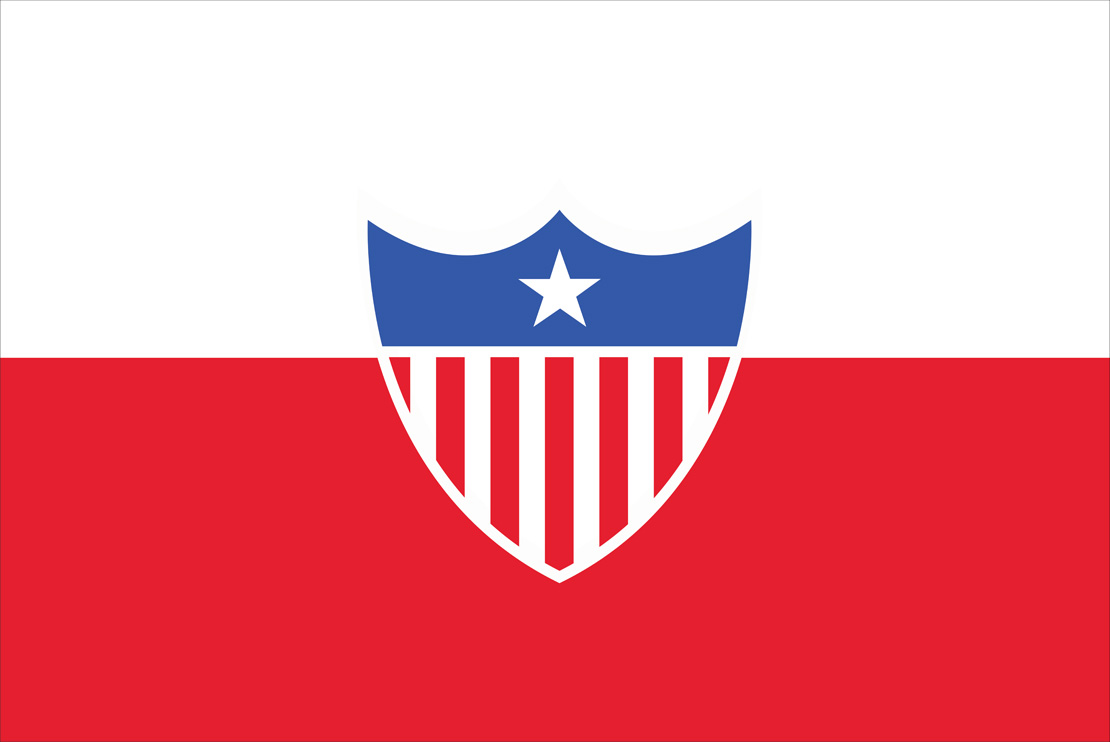 Illinois: Illinois is an Algonquin word that means “warriors” or “tribe of superior men.”  To represent the idea of a warrior I used the shield that appears on the current flag. The 13 stripes represent the 13 original colonies.  Illinois is also nicknamed the “prairies state” — the red strip on the bottom of the flag is meant to represent the horizon line of a prairie. 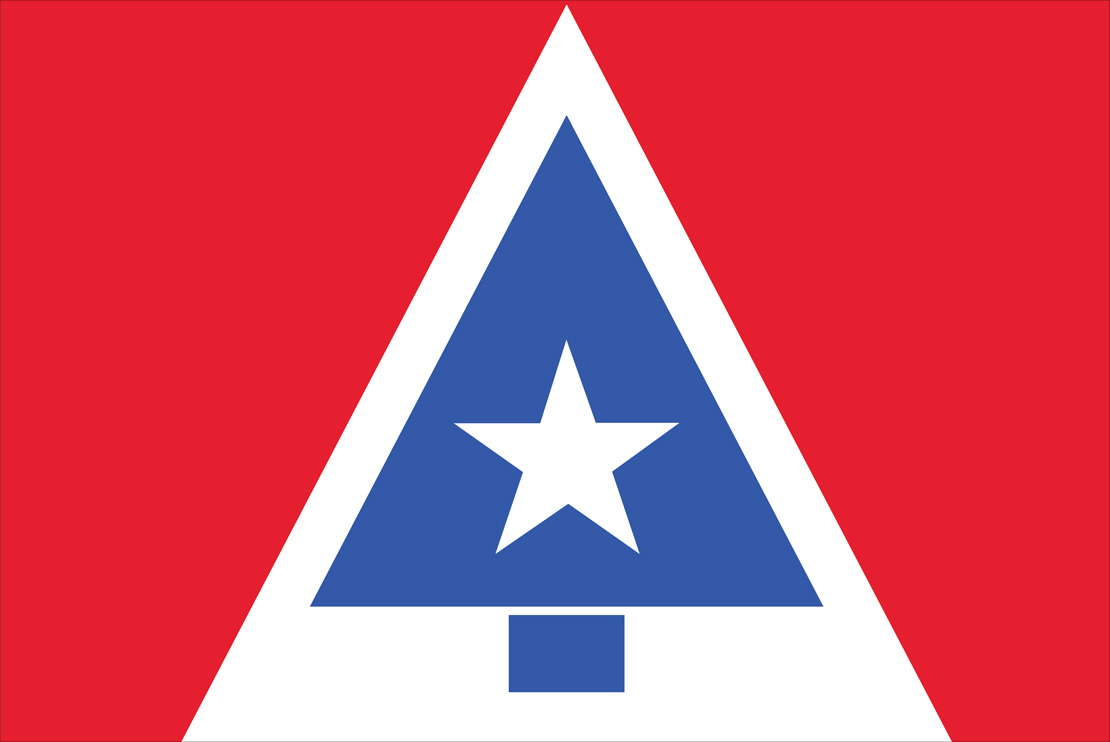 Maine: The Maine flag is an update of the previous one I designed.  It also features a pine tree in the middle. The pine tree, a symbol of new England, is on the state’s original flag from 1901.  The state motto is “Dirigo,” which is Latin for “I direct,” and the shape of the pine tree in this updated design doubles as an arrow pointing up the path to the future. 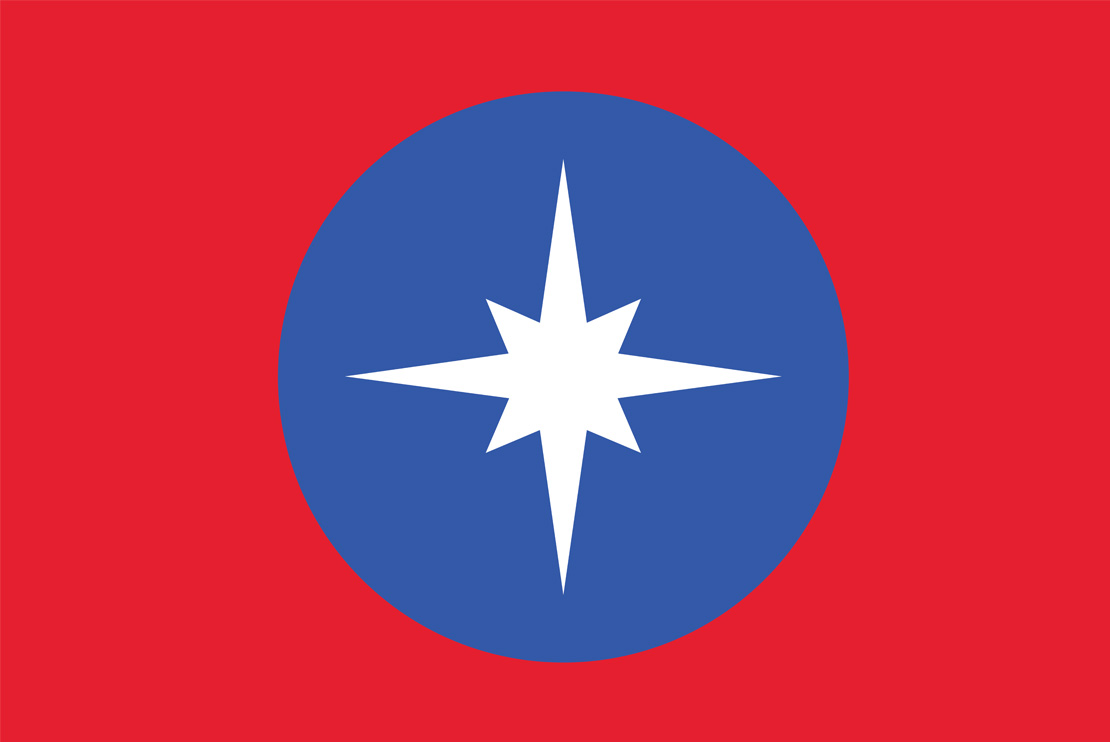 Minnesota: Minnesota is nicknamed the “North Star State” and is also known as “Land of 10,000 Lakes.”  The North Star is sitting in the middle of a blue circle which represents the lakes. 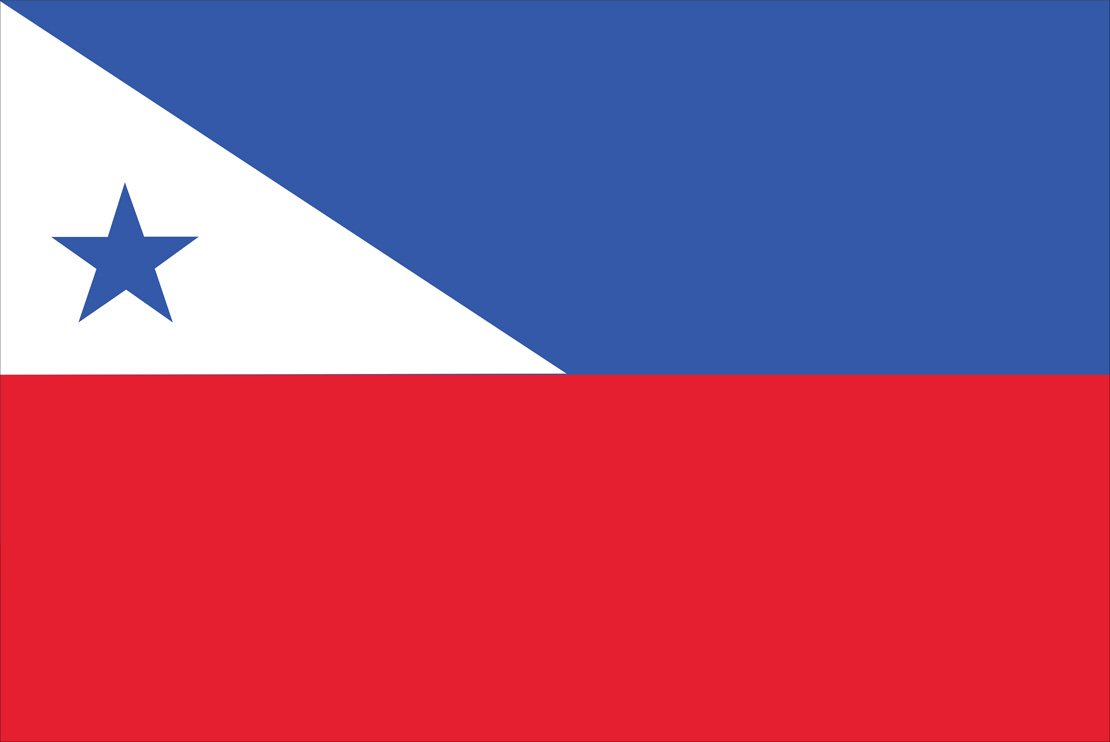 Nebraska: The red strip on the bottom half represents the great plains of Nebraska. The blue strip is the sky, and the white triangle represents its hills. 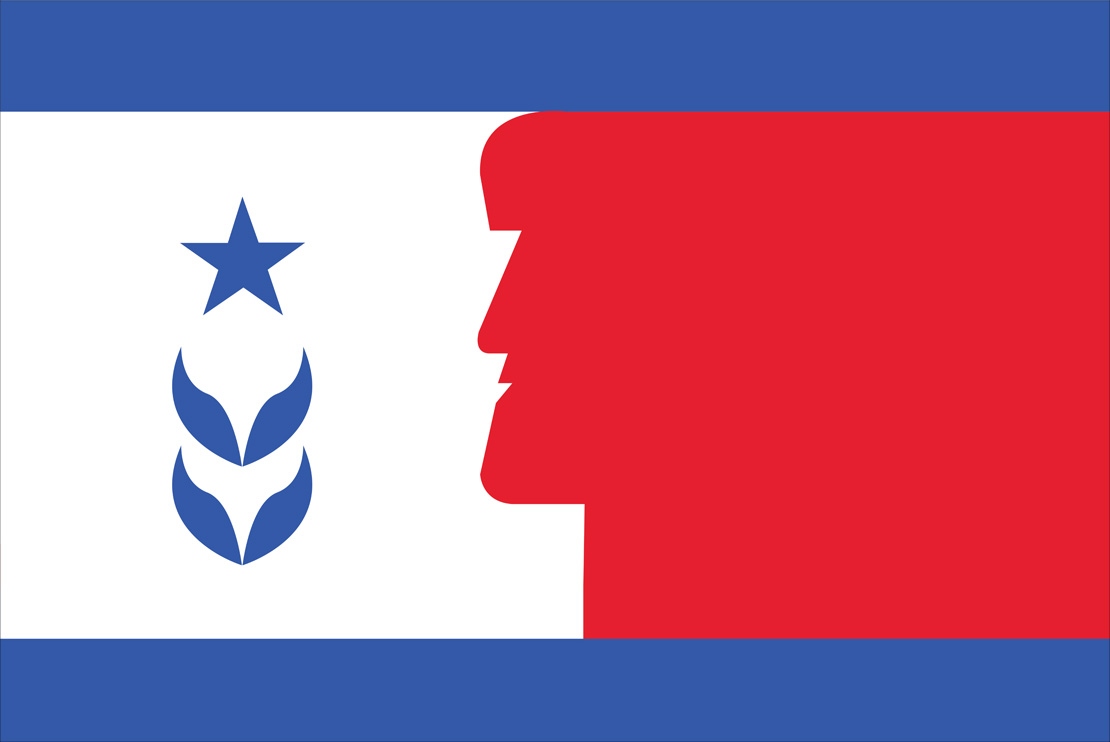 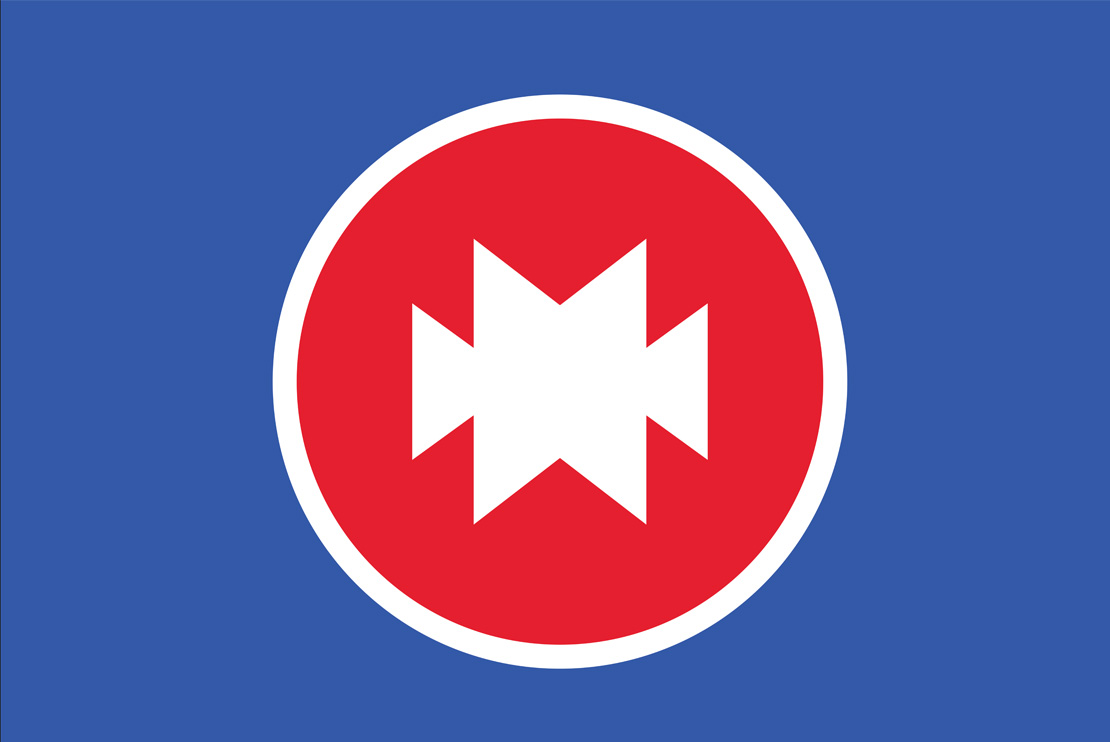 Oklahoma: Oklahoma is based on the Choctaw words, “Olka Humma,” which translate to “red people.”  The current flag has preserved the relationship between the Anglos and the Natives with an Osage shield crossed by a peace pipe and an olive branch. I wanted to preserve the idea of this relationship. This design is based on a Parfleche war shield. The points on the symbol represent some of the dominant tribes that I’ve in Oklahoma — Cheyenne, Kiowa-Comanche-Apache, Chickasaw, Choctaw, Muskogee (Creek), Cherokee, Osage, and Seminole. 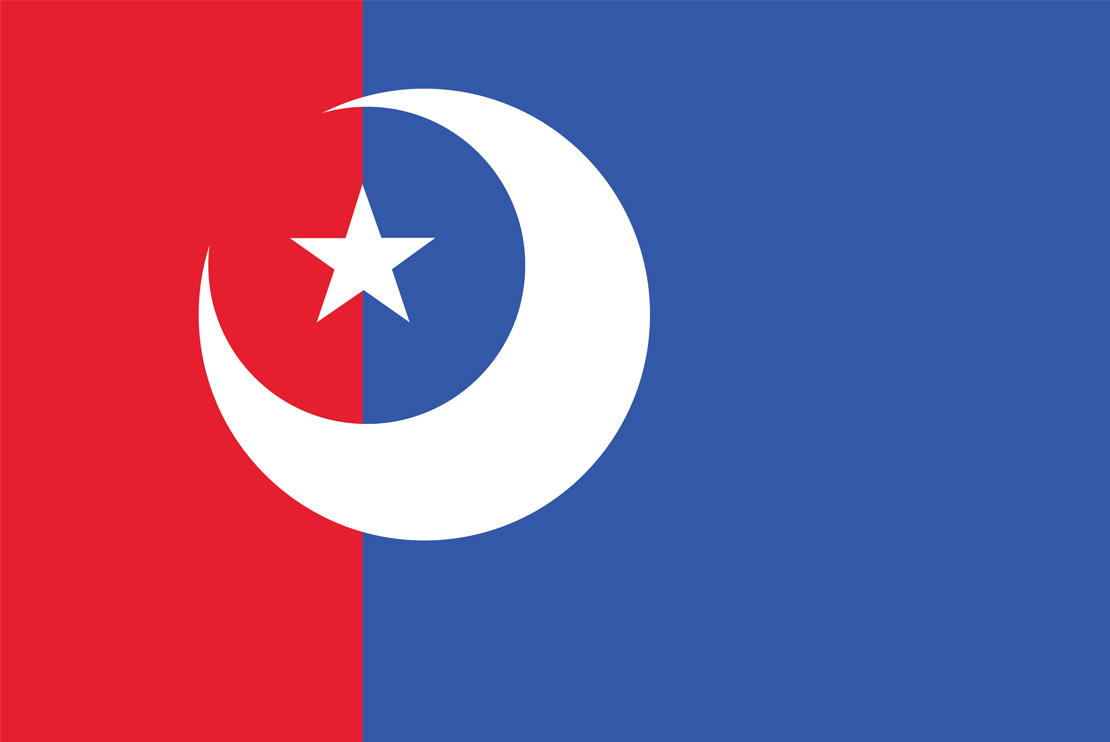 South Carolina: I wanted to keep the “Moultrie flag” or “Liberty flag” design that exists in the current flag, but I added the vertical red stripe which relates it to the South Carolina flag I designed earlier. 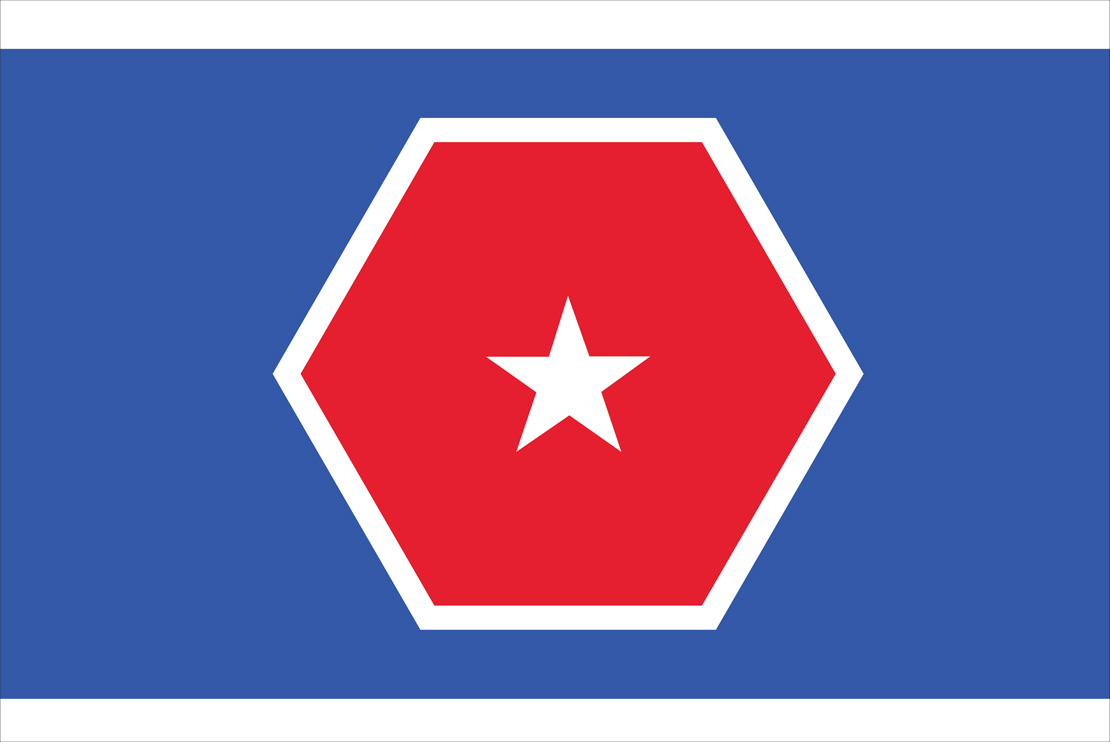 Utah: Utah’s motto is “Industry” which is commonly represented by a beehive.  I used a hexagon to represent the idea of industry since hexagons are a shape commonly found in our modern industry (nuts and bolts) and are also the shape of the cell structure of honeycomb. The hexagon sits in a blue strip which represents the great Salt Lake.

Since the release of this project I’ve received many emails from people asking if and how they could purchase the new flag designs. Instead of selling them, I’d rather make the designs available to download for free.

So, have at it: We’ve sorted the flags into this folder of jpegs, for you to download. Enjoy, and let me know what you think!