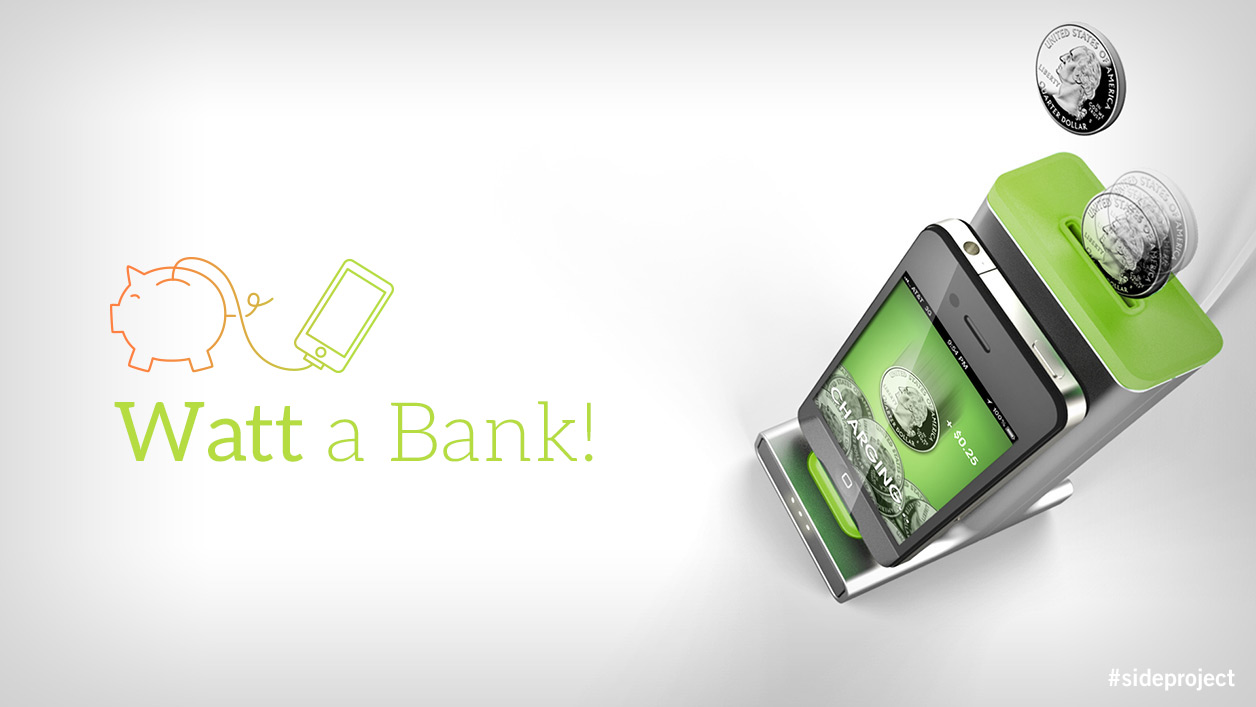 A couple of years ago our concept for Power Hog, a power consumption piggy bank that teaches kids about the cost of energy, was one of the winners of the Greener Gadgets sustainable design competition. Earlier this year we decided to continue investing in our exploration of sustainability-related issues for a different competition. The challenge was to design a product “that enables consumers to reduce everyday waste on the individual, national, or global scale.” We ended up with a product that could be the next generation of Power Hog.

WattBank is a more interactive version of a meter dedicated to the recharging of smartphones. It measures energy in quarters. The thinking was similar — would kids value energy more after measuring it in terms of their own allowance? We know from experience that this generation of kids cares about the environment but may not realize all the ways they generate waste. In general their parents are not as sensitive to issues related to environmental impact, so impacting the kids directly is a better bet. They’re more likely to change their behavior. 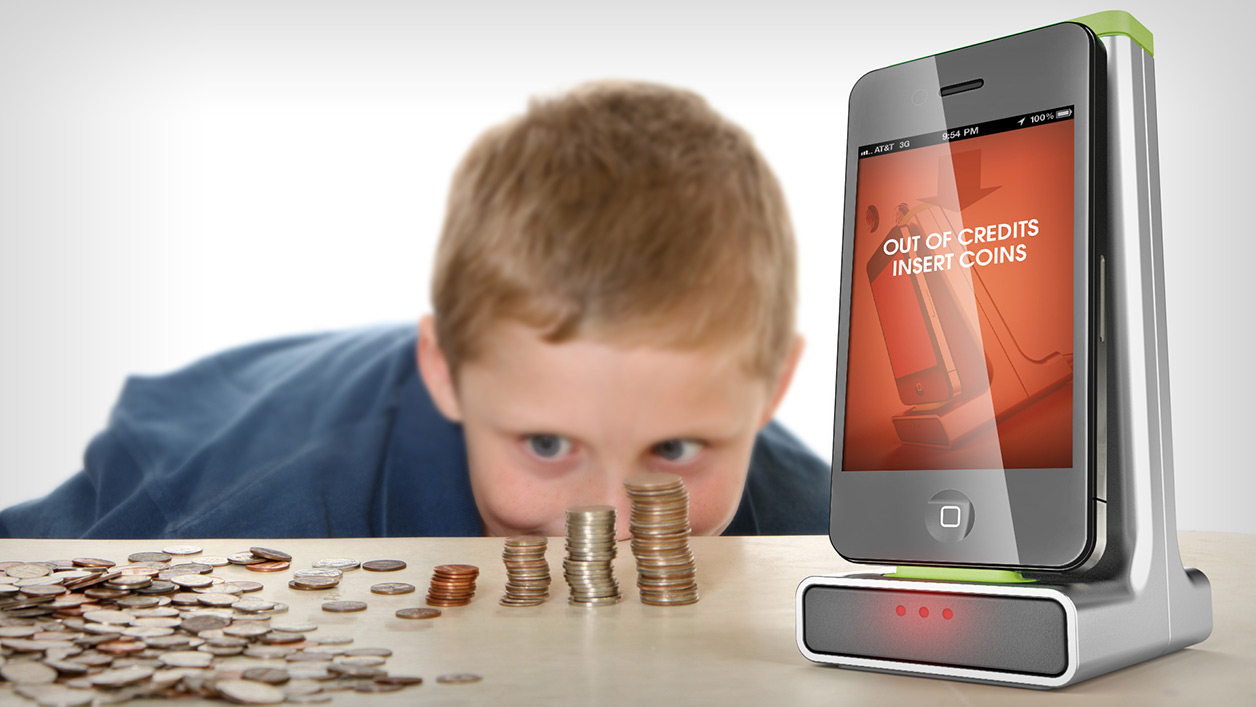 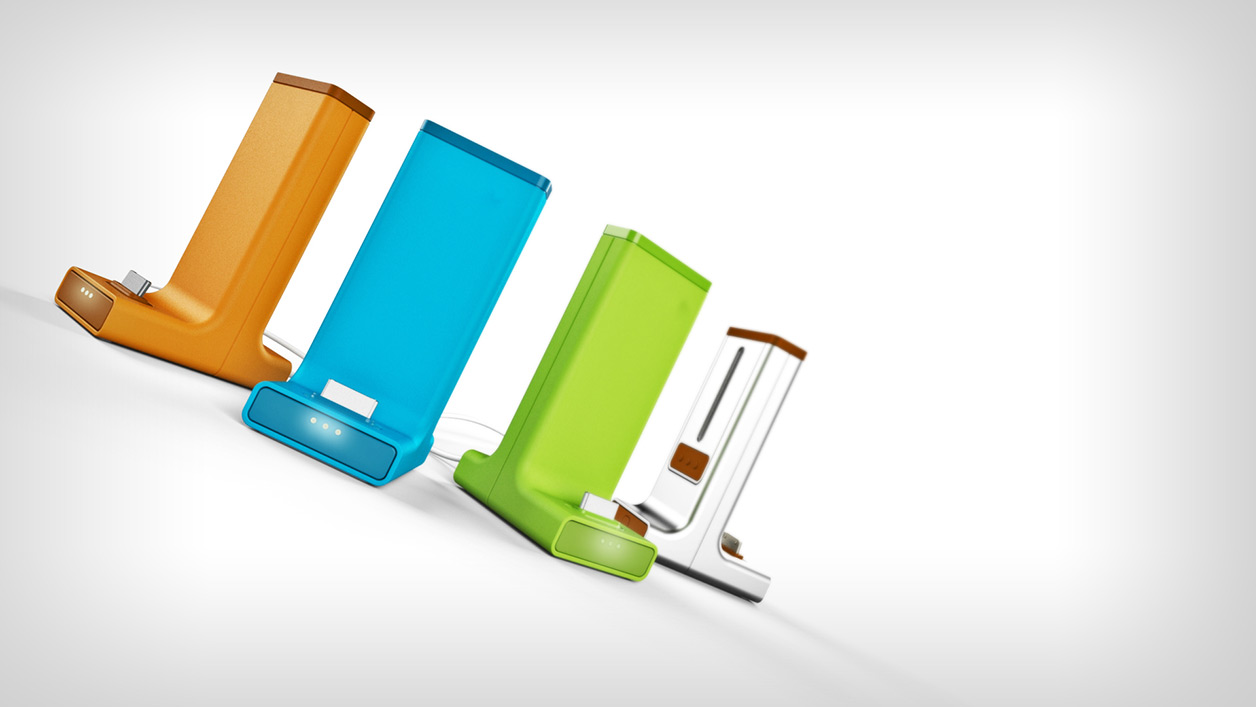 The device’s minimal form echoes the visual brand language of most smartphones.

A brainstorming session yielded the direction and the components — a physical device and an app. Some of the driving ideas behind it were “less waste,” “learn/educational,” “save energy,” and “save resources.” After the session our industrial design team took to the drawing board, sketching different concepts for a charging dock powered by coins. We explored some goofy, funny directions but decided on a visually simple design echoing the visual brand language of most smartphones. To gel with the expectations of our tech-savvy audience, Watt Bank has a minimal form and a dynamic app.

While the average kid currently gets access to a smartphone between 11 and 12 years old, it is getting younger every year — especially in more affluent communities. We chose to define the typical users as kids aged 7 to 13 who already have a smartphone, because this is likely to become the norm within a short amount of time. 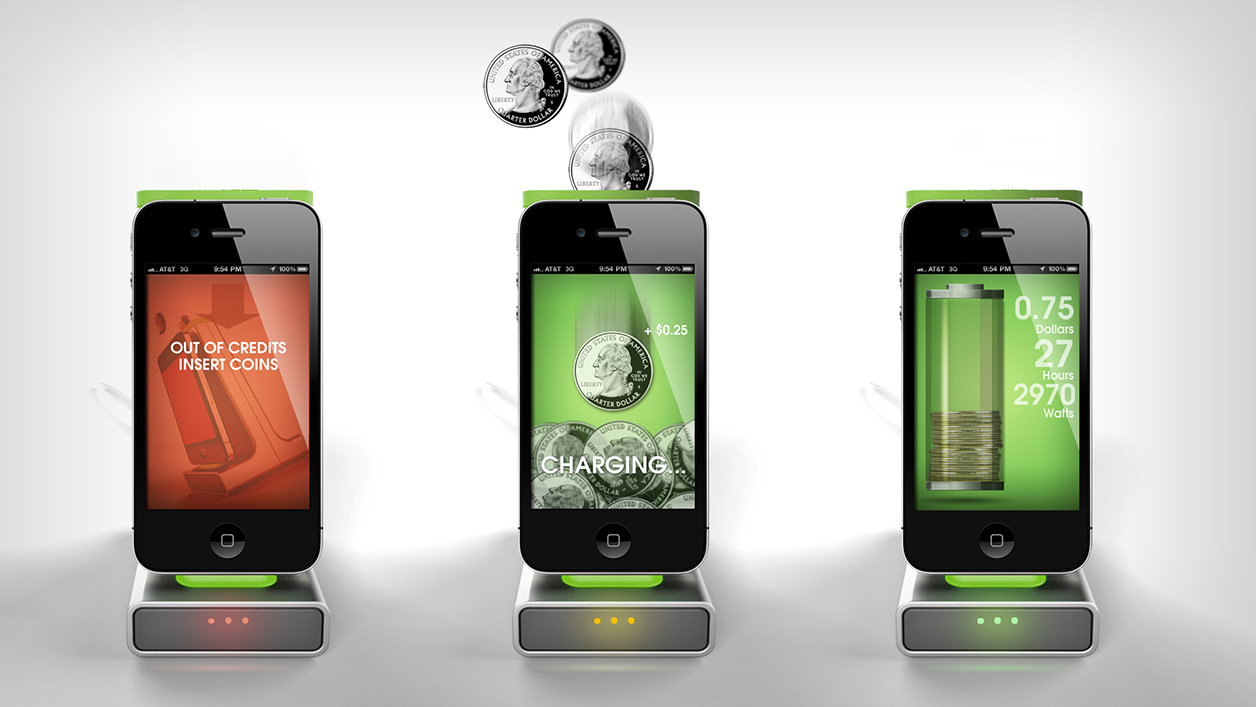 The user interface is a window into the energy meter.

The app’s user interface displays the cost per charge to date in any given year and how many credits remain for future charging. A row of LED lights in its base glows red when it’s out of credit; yellow when it’s charging; and green when time is banked. Coins are removed through an access door in the back, similar to a piggy bank.

The dock/bank makes a simple game out of charging and teaches kids about the cost of energy to power their most cherished device — and by extension, the cost of energy as a whole. The objective is reducing household electrical energy waste (and stretching your allowance) by conserving your charge. The younger generation is passionate about saving the environment, and this is a small, er, change with big impact they can control. Being able to school the rest of their family on exactly how much energy they’re using to power their devices might give this user additional means to make an impact.

The dock sensitizes users to the cost of energy by metering a necessary, frequent task. It makes use of two things kids are likely to have around: coins and a smartphone. It playfully marries analog with digital and gives a new generation the tactile satisfaction of — clink! — paying the piper by feeding a hungry meter. There is an auditory cue when a coin is dropped into the slot.

WattBank didn’t win the competition, but we had some fun working on it and we know this process will inform future side projects. 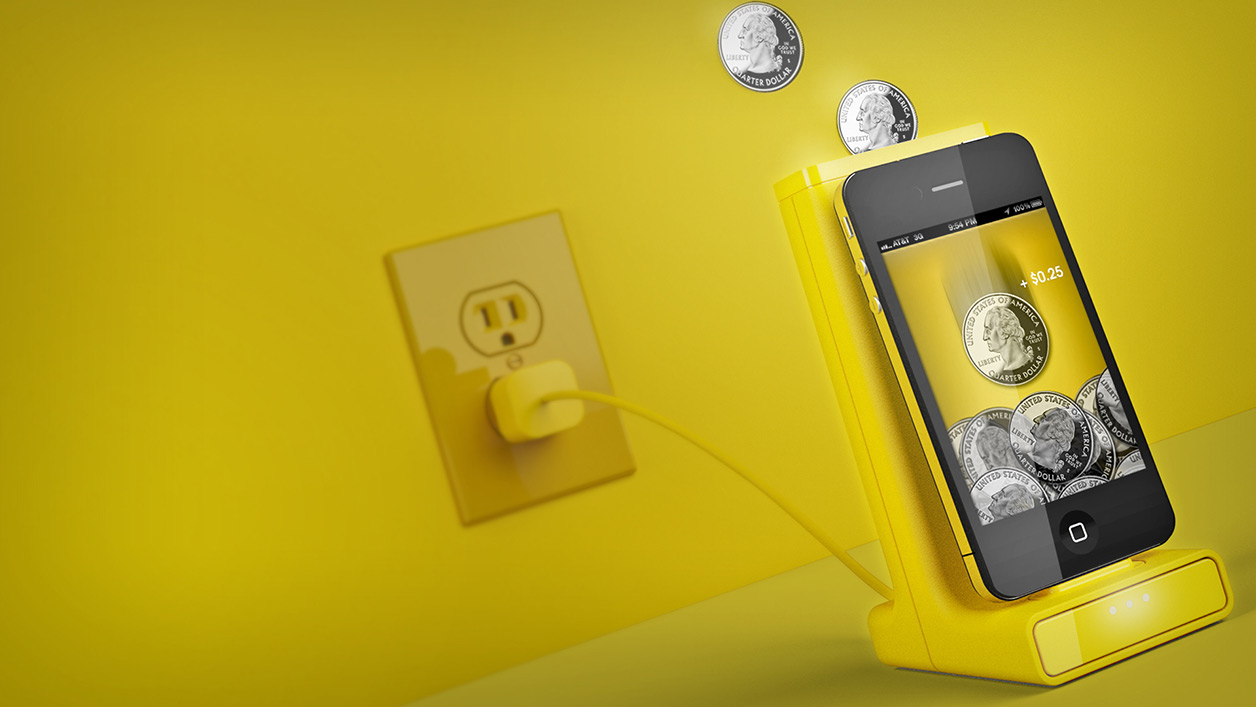 The dock makes a simple game out of charging.