In the age of IoT, a light is no longer simply a light, and in smart cities around the world, streetlights are being asked to do more than ever. As the City of Philadelphia looks to curb energy consumption and slash carbon emissions, it, too, is looking to leverage its 100,000 streetlights.

The Philly IoT Meetup, hosted here at Bresslergroup on the last Wednesday of every month, is focused on smart cities in 2017. It’s obviously a hot topic among our tech community, because so far these discussions have been standing-room only.

At last month’s meetup, Adam Agalloco and Dominic McGraw from the city’s Energy Office provided insight into Philly’s potential for an IoT network — which could leverage connected LED streetlights — and automated building systems. Both of which would help cut energy consumption and carbon emissions. Here’s what we learned: 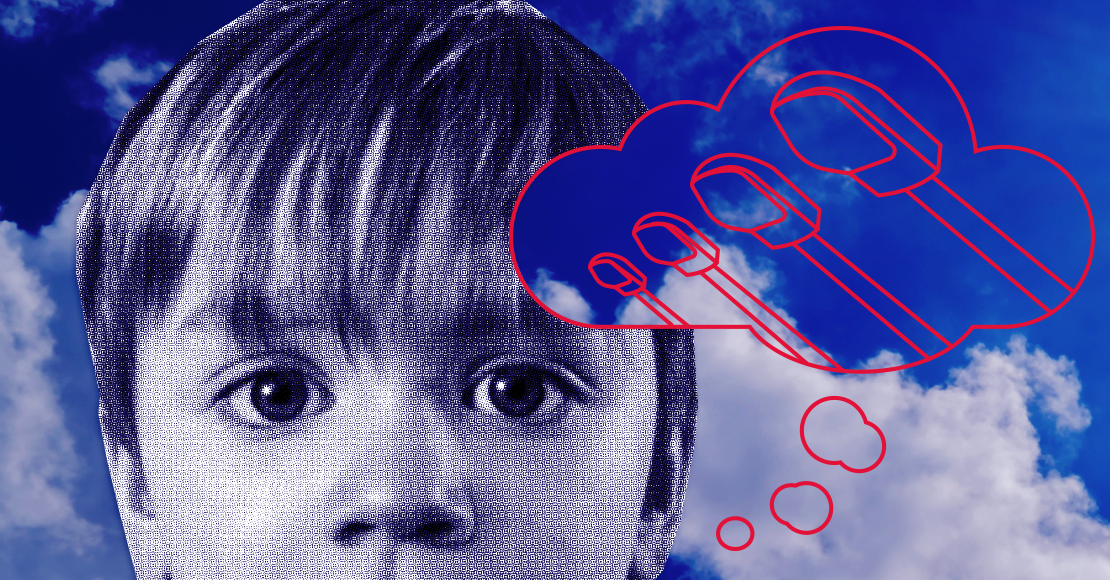 Asking the Smart City “what ifs”

Right now, Philly is in a “what if” phase. What if we switched every streetlight to LED lighting? What if those streetlights could form the backbone of citywide IoT infrastructure? What if every city facility — and there are about 600 — had an automated building control system? What if temperature controls were adjusted on weekends when offices aren’t occupied?

What if we switched every streetlight to LED lighting?

In April, the city released an RFP seeking a comprehensive smart cities roadmap, which will guide development of an interconnected and IoT-friendly city. “The smart cities roadmap will show the series of investments the city has to provide to make a platform that folks can plug into, and we are certainly one of the folks that wants to plug in,” Agalloco says, speaking on behalf of the Energy Office.

Connected LED streetlights could be at the core of this smart cities roadmap. Simply plugged in, LED lights reduce energy consumption, but when those same bulbs are connected to automated control systems, cities can do things like dim lights in off-peak hours.

According to Silver Spring Networks, an IoT solutions developer, streetlights are doing more than ever in today’s smart cities. By automating streetlights, smart cities can use them to respond to any circumstance, from traffic and air quality to noise and crowds.

What if temperature controls were adjusted on weekends when offices aren’t occupied?

“Think of it this way,” Agalloco says. “Monday through Thursday nights, if streetlights dimmed at 50 percent you probably wouldn’t care or notice. That’s probably the case for 90 percent of the blocks in Philadelphia. Can we keep optimizing the energy efficiency of our systems and get a little more out of them?”

The challenge, of course, is first you need to build the network. Right now, Philadelphia has LED streetlights throughout most of Center City, from 12th to 17th streets and Arch to Pine streets. All of these have control modules, but at the moment, no one is controlling them. In other words, they’re ready for a control system but not plugged into one yet. 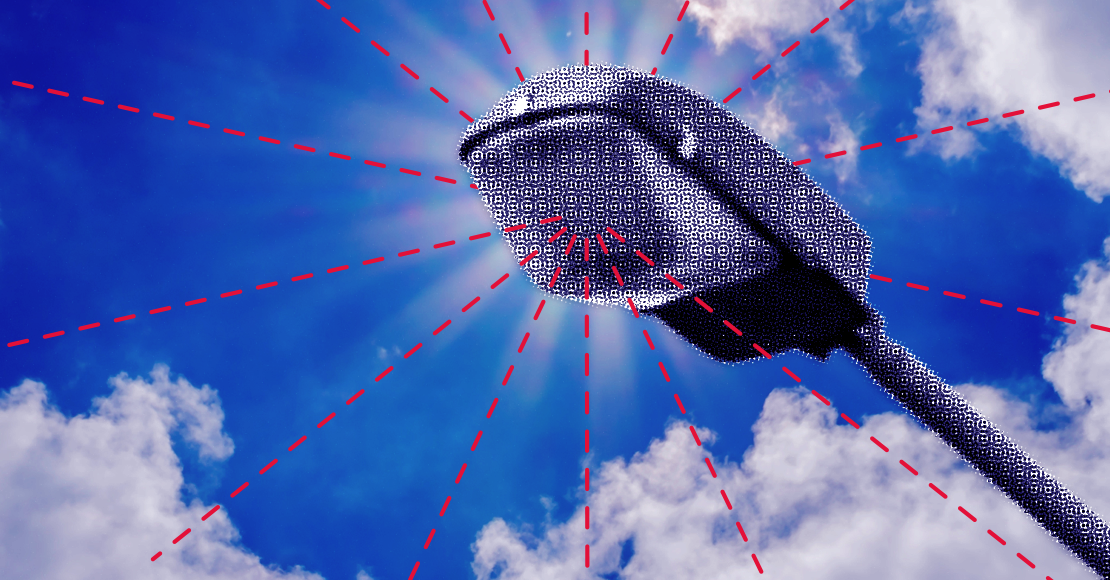 Lighting up an IoT network

The potential of automated streetlights goes beyond the lights themselves. They offer another important opportunity: an avenue for building a robust Internet of Things network.

What if those streetlights could form the backbone of citywide IoT infrastructure?

If all streetlights were updated with control systems and connected via a mesh network, they would be open to other IoT applications, including tools like ShotSpotter, which can incorporate sensors into LED street lighting systems that help police triangulate gunshot locations. Other sensors could locate available parking spots or monitor air quality, for instance.

You can see how some of the projects from last week’s machineQ LoRa hackathon could make use of this network, as could our own Sencity concept, created to keep track of crowds at Philly’s busiest destinations.

“For me, our work is not just about energy,” McGraw says. “Air quality comes into play, and I’ve turned into a big indoor air quality nerd. I really see IoT picking that up.” 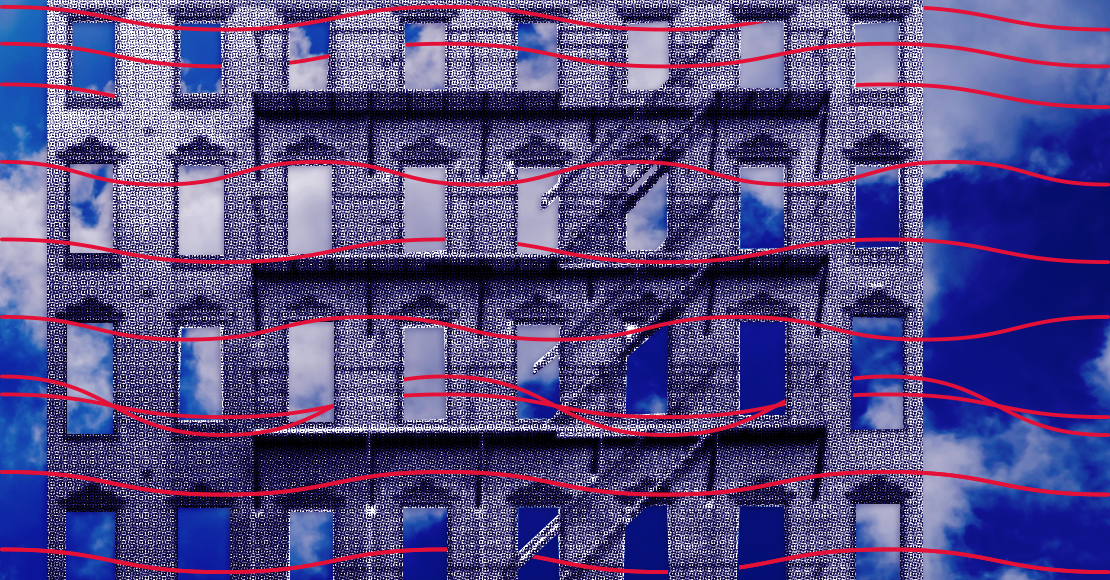 McGraw says the city does have some building automation systems, which look a bit archaic but do a good job of analyzing energy consumption and drilling into data on how HVAC systems are running. The challenge is scaling those systems so they can be used across the city, in places like libraries and rec centers.

What if every city facility — and there are about 600 — had an automated building control system?

“If that was a simpler process, if there was WiFi there, if there was any basic infrastructure that we could rely on to start building these things, it’d make our jobs a lot easier,” he says.

Some rec centers still lack regular internet access, McGraw points out, so the first step must be creating some kind of backbone network infrastructure. If the city’s streetlights were connected via a mesh network, building automation systems could, theoretically, ride on that same network.

So why not go ahead and convert Philadelphia’s 100,000 street lights to connected LED lights with an IoT network that other connected devices can bolt into?

While the city does put funding toward LED streetlights, it’s not enough to drive rapid progress. And because the city buys electricity in bulk, it gets a low rate — just over three cents per kilowatt hour. The return on investment isn’t exactly compelling.

Still Agalloco argues, eventually the old streetlight fixtures will fail and need to be updated, so why not make the update sooner and see other smart city features tacked on?

“It’s up to us and the Streets Department to tell the story of why this is needed and why it deserves investment,” he says.

While that’s hard work, Agalloco remains optimistic. The “what-ifs” are within reach. “I think there’s an inevitability to a lot of this work,” he says. “It just makes dollars and cents savings in a lot of cases.” 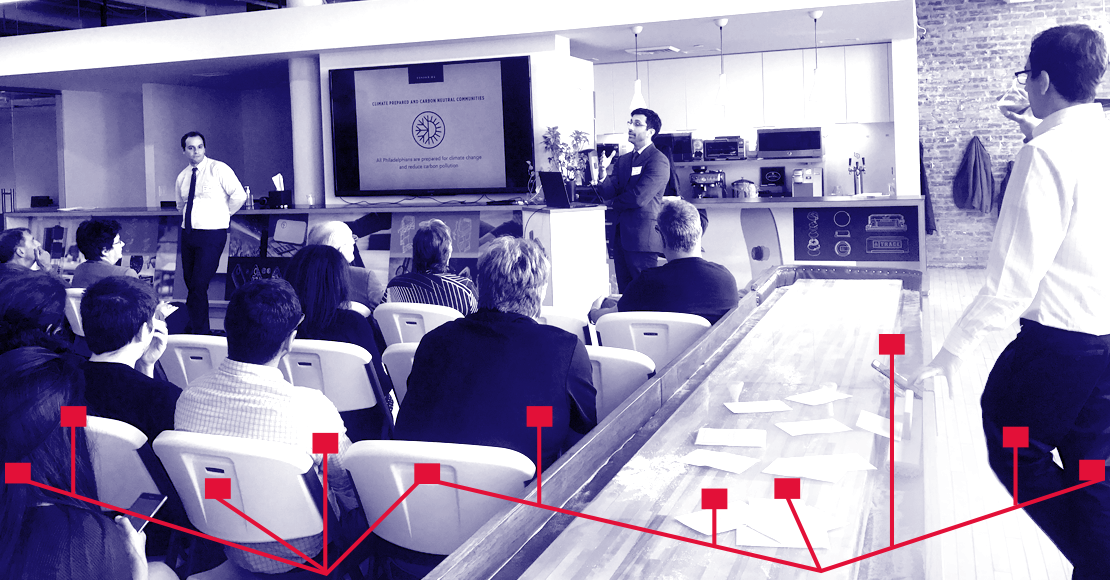