When we spotted our Orbit point-of-sale scanner in photos from the set of the latest Star Trek movie, we were tickled. And then we got to wondering.

What made the props person stop, take notice of Orbit, and say, “Yes, that’s the one! That’s what the Starship Enterprise needs to complete its scanner family.”

When Bresslergroup designed Orbit in the late ’90s, we made it soft and animal-like, with an endearing personality to stand out from the market leader at the time. (This was before my time, but I’ve asked the designers who worked on it.) The new product brand identity worked. Orbit still sells well today, and we spot it everywhere — especially in Europe, but also at a corner market near our office.

The design’s emphasis on humanistic qualities and evoking emotion makes it timeless. Another scanner from the late ’90s might look more dated because it aligns with the tech of its time. Orbit isn’t tied to a specific time period. And of course we’ve always acknowledged its space-like qualities. (Hence: Orbit.) It’s like a little planet or moon or, one could argue, like Marvin the Martian.

Beam me up was the future.

There are some obvious and direct parallels between the design language of the Starship’s bridge — curves, round elements, and red graphics — and Orbit’s visual brand language. The bottom surface breakup of Orbit resembles that of the Enterprise itself, whose core form consists of a round and solid mass with two legs shooting out.

And, well, it has to be said: Beam me up, Scotty. Orbit’s circular window transmits a transporting, red multiline beam.

We designed a friendly scanner to differentiate it from the market leader at the time.

So we know what makes it pass as futuristic, or at least futuristic from an ’80s or ’90s point of view. Like Star Trek, a version of the future as portrayed in the ’70s and ’80s, Orbit is a legacy product. Think about other sci-fi flicks’ portrayal of the future — Tron? The Matrix? The design language of each is dramatically different.

What is futuristic now?

Most of the industry is moving away from Orbit’s flavor of design language. Today everyone wants to communicate high-tech and high-precision. Smartphones have evolved into small, efficient slabs. Most of our devices integrate small screens. Curved displays are on the verge, and they herald free-form, self-conforming technology.

But back to today. Orbit’s unusual, unexpected form and shape for a retail scanner has always drawn attention. That’s a storytelling opportunity for the brand, and, we suppose, Star Trek’s props department picked up on its narrative qualities.

We’re dying to know: Does Orbit have any lines? Did it even make it into the actual movie? We’ll have to go to the multiplex and see.

[Update: We saw the movie: no lines, but plenty of curves.] 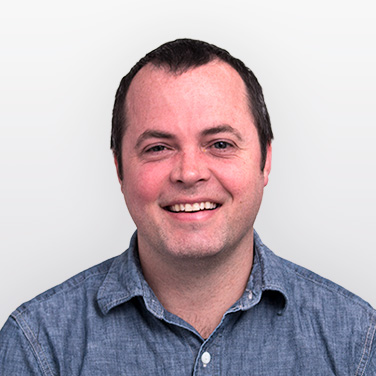