Members of the LoRa Alliance from across the globe convened in Philadelphia earlier this month for the sold out 2017 LoRa Alliance All Members Meeting, Open House, Market Place, and Smart City Summit.

It’s been an exciting year for the LoRa Alliance, which now has more than 500 members (full disclosure: we are one) and project deployments in every continent besides Antarctica. We’re delighted to see how quickly the LoRa ecosystem has grown into a mass movement enabling the Internet of Things (IoT) to get real. In addition to working with some clients on LoRa-based product solutions, we’ve even gotten busy launching a LoRa smart city concept of our own. 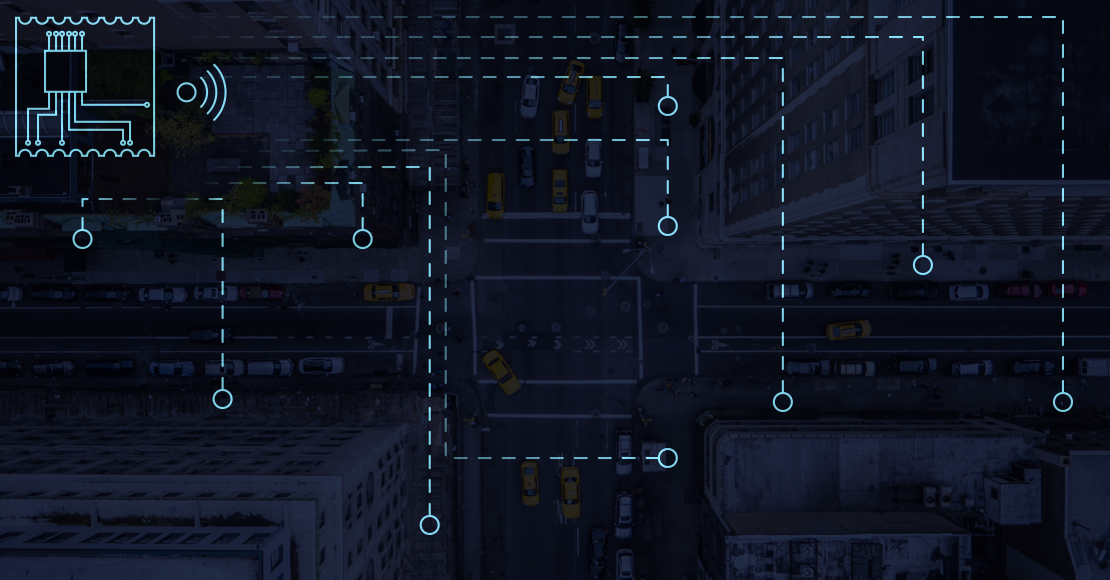 LoRaWAN is catching on

The first big news from the conference was its sheer size. There were attendees from across the IoT space. Large international utility companies like Electricité de France (EDF), and major U.S. water meter and gas meter manufacturers like Mueller Systems, have joined the Alliance alongside technology giants like IBM and Cisco.

When major utilities accept a standard, you know it’s going to be real. We saw a range of sensors and applications being pursued by big companies, which means millions of units in production. There was a lot of activity for water and gas meters in particular. Utilities might not be sexy, but they have big potential to make LoRa a major player in the Internet of Things. Water and gas meters tend to be underground, so most radio standards (WiFi, Zigbee, Bluetooth, 2.4GHz in general…) don’t work well, if at all.

When major utilities accept a standard, you know it’s going to be real.

It’s difficult and expensive to change batteries under such conditions, and they usually don’t have any power source to hook up to. Equipping them with long-life, long-range, low-bandwidth LoRa sensors that only need to be serviced every 5 to 10 years could save enormous amounts of money for companies such as utilities. It would save them the expense of employing human workers to perform physical readings. Many current radio systems still require a truck driving around to read radios at a shorter range in these environments; having a radio infrastructure provider that can work in this instance is a whole new market — with lower costs.

And now that big telecommunications firms like Comcast and Senet are committed to supporting the Long Range Wide Area Network (LoRaWAN) protocol in large metropolitan areas like San Francisco, Chicago, and Philadelphia, you don’t even have to own your own network of base stations to use LoRa. 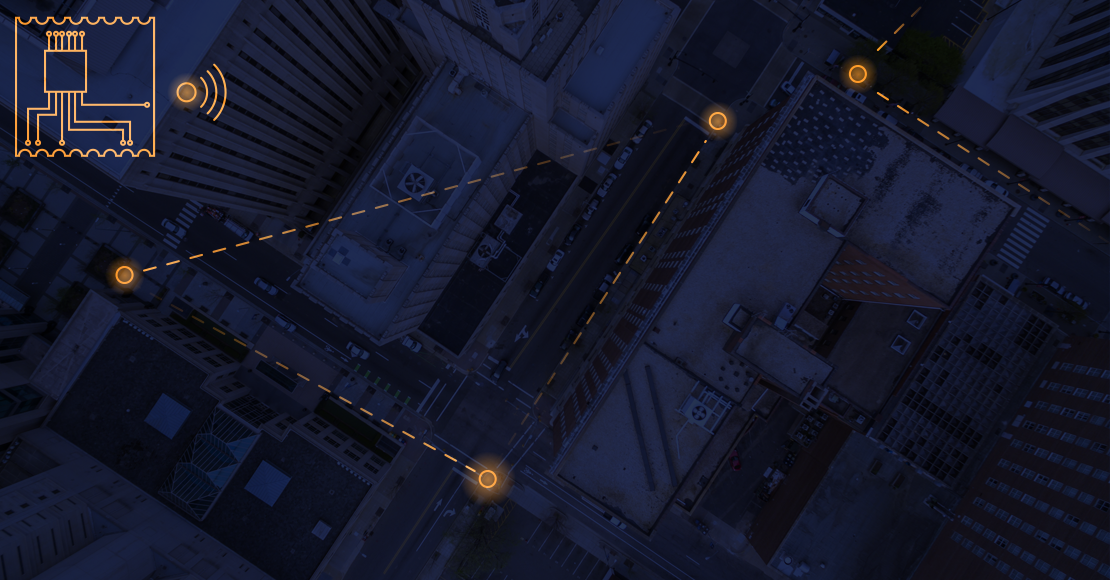 There was a lot of buzz at the conference about geolocating devices with LoRa sensors. LoRa can’t talk to satellites, so it isn’t using GPS — but there are several methods to locate radios. LoRaWAN has been working toward using Differential Time of Arrival — the variable time the signal takes to get from the sensor node to each internet gateway — to triangulate a location.  Comcast’s LoRa network, machineQ, intends to take advantage of the high accuracy of clocks on its cable system where it’s deployed to allow LoRa-equipped devices to locate using a technique called multilateration.

Multilateration works the same way as triangulation — the geometric technique of drawing triangles from multiple known points with accurate clocks to other points that are an indefinite distance away, and measuring the length of the time connecting the two to discover the distance to the third. The same idea, using known LoRa network nodes, would allow an IoT device to identify its precise location within the machineQ network, and could be adapted to any LoRa system with enough nodes.

And LoRa multilateration will work wherever ISM band radio waves penetrate, including indoors and underground. This is something that satellite-dependent geolocation devices can’t do.

People were also talking about new ways to do firmware upgrades. Because LoRa sensor node device bandwidth is so low, broadcasting a firmware update could take days or even weeks. This is the standard profile of LoRa, or a Class A device type. It’s great for battery power; the receiver is only on for a short window after the device transmits, and device transmissions can be limited each day to minimize power consumption — meaning the device is asleep 99% of the time and waiting for the next event to report on.

That creates a problem if you need to upgrade the firmware for the device, though — how do you send the large amount of data required for a firmware update to an end device if it’s sleeping and only receives a little bit of data each day? There were proposals to temporarily promote the device to use a different device type to use a lower latency / always-on Class C.

This method uses more power and is still relatively slow compared to some other wireless protocols but can adapt to a higher data rate, has low latency, bidirectional communication, and adds multicast capability to broadcast an upgrade to many devices simultaneously. It isn’t perfect, but it provides a path forward in one of the difficult compromises between battery life and device capability. Discussions about this are ongoing. 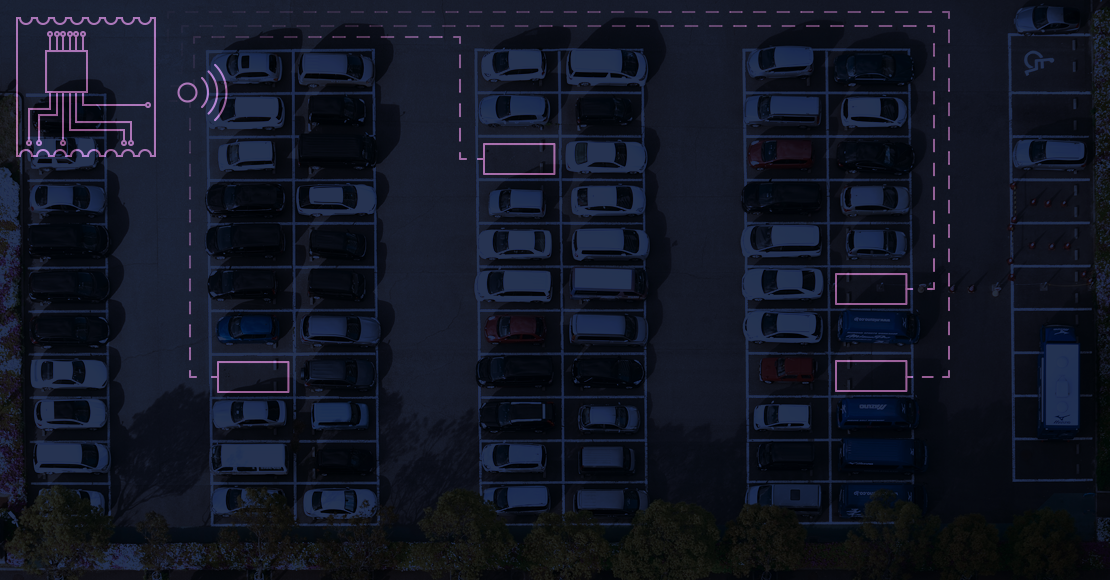 There were some excellent IoT applications driven by LoRa Alliance members. For example, Senet and PNI Sensor Corporation have deployed LoRa technology to help drivers find open parking spots faster. PNI’s PlacePod sensors in the parking lot of LoRa Alliance member Semtech Corporation’s headquarters in Camarillo, California are guiding drivers even as you read this, and more pilot programs at universities and municipalities are underway. Our Sencity project fits right in here, using ruggedized sensors (pictured below) deployed on strategically parked bicycles to help both tourists and locals avoid the crowds at popular Philadelphia attractions. 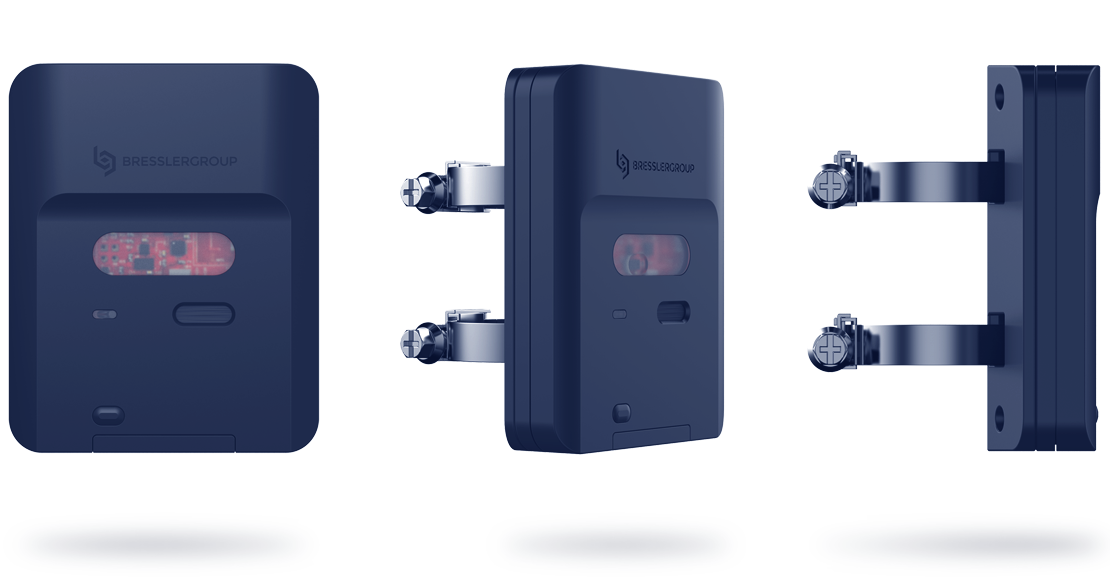 Long-term placement of sensors is a significant constraint, especially in smart-city deployments. One of Comcast’s advantages with machineQ is that it already has infrastructure, expertise, and permission to hang equipment on utility poles.

As the LoRa ecosystem grows

All of the accelerating, evolutionary development on display at the conference is good news for fans of the open LoRaWAN standard. Everything we saw there points to LoRa as a viable competitor to the Narrow Band IoT (NB-IoT) standards cellular carriers are developing.

NB-IoT may still catch on for higher bandwidth applications, but physics is on LoRa’s side: LoRa will always win out on battery life. In just the past year, the number of service providers enabling LoRa devices has jumped by a factor of 3.5x, up to 42 publicly announced operators, with over 250 trial networks set up in cities and private tests.  Adoption rates are increasing with the infrastructure, and the devices are spanning a larger number of applications. At CES 2017, there were only a few vendors of gateway devices and LoRa devices, and now I’m seeing dozens of vendors with costs going down.

We’re excited by the growth of the LoRa ecosystem, and it’s a great option we can offer our clients who need low-bandwidth applications that can run independently for years.