If your design requires a photorealistic image to show it is different from prior designs, it may not be innovative enough.

Historically, a “patent draftsman” created illustrations used to represent inventions in both utility and design patents. He or she was an illustrator familiar with the conventions used in patent law to represent visual issues requiring clarification such as reflectivity, materials, and defining surface curvature. They would also use solid or broken lines to specify which parts of the design were included or not included in the patent claim. The resulting drawings were, up until the last half century, a reasonably high art form, with many patent illustrations being truly worthy of artistic appreciation. 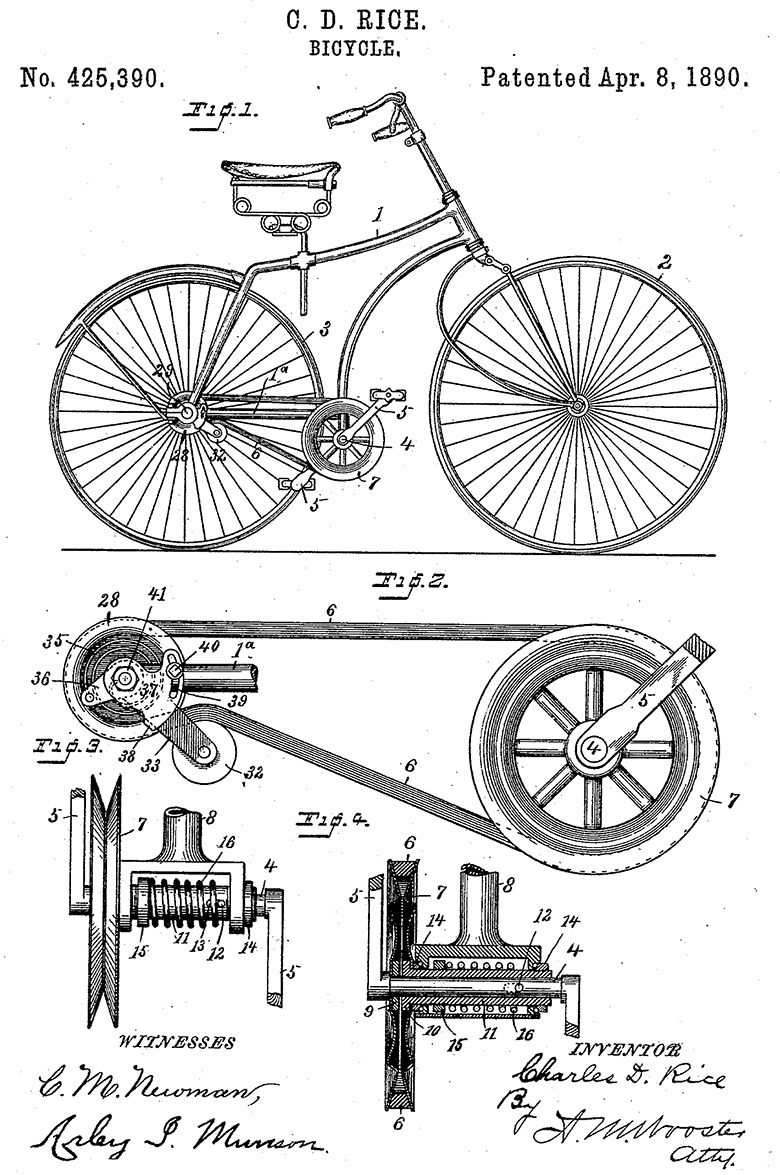 The Decline of Patent Illustration

Because financial pressures have reduced the amount of money companies are willing to invest in these drawings, and because of technological advances in drafting tools, they’ve become simpler and perhaps less sophisticated. This may be acceptable in utility patents, which are primarily focused upon carefully written “claims” articulating elements of the covered functional invention. But design patents were swept along in these cutbacks by default.

This is a shame, because the illustrations are critically important in design patents, where the scope of a design claim is typically governed by the drawings. The “claimed design” is limited to these illustrations, with few supplemental words besides a description of views on the patent’s cover page. 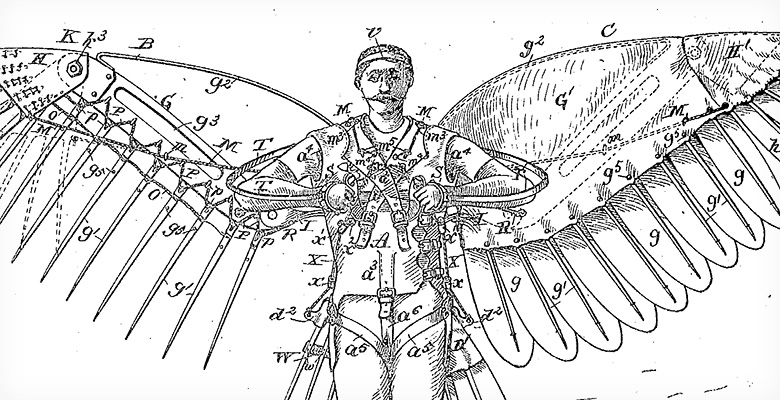 Photographs and Computer Renderings Should Be the Least Preferred Tool

In recent years patent illustrations have sometimes been replaced by computer illustrations and 3D wireframe drawings, which, with added conventions, are quite acceptable to convey the design intent. More recently, though, photorealistic renderings and even photographs of models of the product or of the actual product are being used to represent the design.

An opinion I developed in my review of the many design patents involved in the Apple v. Samsung case is that the use of photographs of actual objects and computer-developed renderings of designs may sometimes be considered the least preferred tool with which to represent a design in a design patent.

I believe it’s a common view that the value of any patent is directly related to the scope or breadth of coverage of the claim(s) of that patent. Scope in design patents is somewhat determined by the amount of detail used to depict the design in the patent. Infringement is determined in large part by the similarities of the “overall (visual) impression” the accused design embodies compared to the design in the patent, and compared to the designs that have come before.

Patented design B needs to be different enough from prior art A that the patent will be granted, and it also needs to have enough “scope” to create an “overall impression” that includes the design of Product C.

So when a patented design is represented by line drawings, the scope of the “overall impression” can be made broader by omitting (or “disclaiming”) design details; not so when it’s photorealistic — photorealism prompts the observer to look at and compare on a more detailed scale. If you can create a different overall impression (and thereby avoid infringement) by simply changing a little detail, such as the incremental change in a corner radius, that dramatically reduces the scope and value of the patent.

Consider the two pictures below that are part of a design patent application taken from the Internet for the Porsche Panamara. Legally, one is not allowed to draw a conclusion from just one view, but the computer rendering (top) is so accurate and so specific that relatively small changes in the design may create an “overall impression” in an “ordinary observer” that the changed design is not substantially the same as this rendering. No infringement.

On the other hand, if the patent had included only the line drawing depiction (bottom), I would argue that a broader range of variation in the design of the product might create an “overall impression” that an “ordinary observer” would still understand to be “substantially the same.” Infringement! 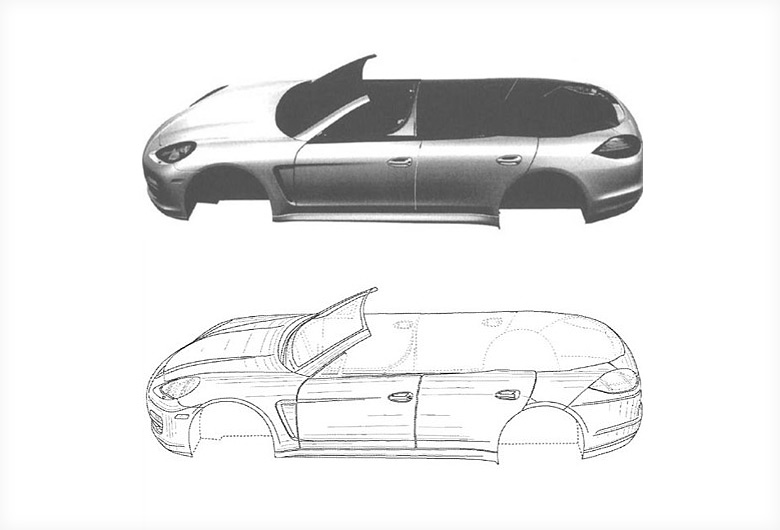 Isn’t it worth the extra cost of quality line illustrations to depict the claims of the design patent if they might provide broader scope? Mightn’t the use of photography in design patent figures decrease the scope of the claimed design and therefore decrease the value of the design patent? In the two-way comparison above, wouldn’t the line illustration allow a broader range of designs to be considered “substantially the same” in the “overall impression” formed by the “ordinary observer”? I would opine that if you need a photograph to differentiate your design from the prior art, isn’t it likely that you need a more distinctive design?

There seems to be a trend toward legally protecting more incremental change in design. This, I believe, reduces the pressure to innovate but also reduces the value of protection. In a high turnover market like consumer electronics, where the design being accused may be off the market by the time the suit is settled, the trend toward reduction in design patent scope may eventually result in the unfortunate condition where a small change in a radius can avoid infringement.