(This post is based on the video, “Miller’s Law,” in the Design Defined: Design Principles Explained series.)

Often when we start a product design project with a new client, they ask to see as many concepts as possible. It’s not uncommon for a new client to want to see 20 or 30 concepts during the initial design phase, thinking that represents better value.

But when it comes to early design reviews, we believe less can be more. We usually find ourselves steering the client toward four or six well-differentiated concepts instead.

We’ve done this for years based on our gut instinct that four to six concepts are more beneficial to the project than dozens. It turns out there’s some real science to back up what has long felt intuitive to our team.

“The Magical Number Seven, Plus or Minus Two”

In 1956, cognitive psychologist George Miller developed a theory that most human brains are incapable of holding more than roughly seven items in their short-term memory at once — or as Miller put it, “the magical number seven, plus or minus two.” Pass that threshold, and most humans tend to forget some of the items.

Once you know this theory, it’s easy to spot it in the world around you, often in the form of “chunking” or organizing content into smaller clusters that are easier to process and remember.

For instance, the most effective PowerPoint slides have no more than five to six bullets, and phone numbers are broken into a few chunks rather than presented as a long string of numbers.

Which would you find more appealing: a website navigation menu that lists twenty options, or a menu that clusters those twenty choices into five clear categories?

If you swipe through an Instagram post that has 10 images, how well do you remember the first three?

For UX designers, the challenge is to determine which information is most important and how to limit options or create a visual hierarchy that centers just seven (+/- two) items.

Miller’s Law has implications for industrial designers, too.

We often see Miller’s Law come into play during concept reviews with clients. Specifically, the theory helps us decide how many concepts to propose to a client during the first phase of design exploration.

Miller’s Law helps us decide how many concepts to propose to a client during the first phase of design exploration.

With fewer than six, you’re probably not exploring the full range of possible outcomes. More than six may lead to the client making a poor selection, which can ultimately result in a failed product.

When presented with twenty options during an initial design review, it’s human nature to want to narrow down the list. The inclination is to do so by assigning abstract qualities to the concepts. This leads to hurried decision-making that can result in the dismissal of crucial concepts without thorough consideration.

Miller wasn’t the only psychologist to realize that people struggle when information exceeds a certain threshold.

Psychologist Barry Schwartz describes this as the paradox of choice. It’s the idea that when we have more options, it requires more effort to make a decision.

Schwartz found that people are more satisfied choosing from a menu of four ice cream flavors, as opposed to twenty-plus.

It may seem counterintuitive (never too much of a good thing!), but paradox of choice even applies when faced with a long menu of ice cream flavors. Schwartz found that people are more satisfied choosing from a menu of four flavors, as opposed to twenty-plus.

Ultimately, more choices lead to less satisfaction, because we have more cause to doubt the outcome.

The Art of Refining Options

Behind the scenes, industrial designers should absolutely generate a wide range of rough ideas for internal consideration.

But before presenting them to the client, refine those ideas into a handful of concepts that stand boldly apart. This will help reduce the burden of choice placed on your stakeholders and save time that can be spent teasing out the subtleties of the best concepts.

Putting Miller’s Law into Use

How many design concepts do you share with clients? Can you deliver in that magic four to six range?

Remember: It’s much easier to make deeper, and ultimately better, assessments when the options are limited to a palatable handful.

Or, to paraphrase Einstein, make your design reviews as simple as possible, but no simpler. 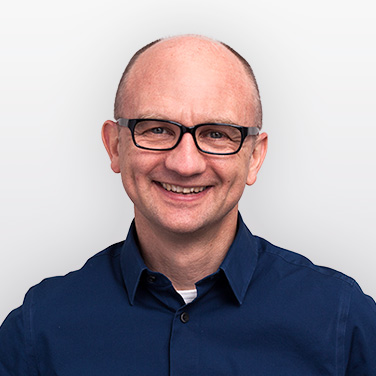