In his opening keynote for IxDA’s 2016 conference in Helsinki this week, Marko Ahtisaari, CEO and co-founder at The Sync Project, reminded us all why we were there: “We need to pause, to move forward.”

Conferences like Interaction 16 aren’t just for networking, or keeping up on the latest thinking and trends. They are healthy breaks that allow us to take a step back from our day to day and spend some time thinking about our craft and how we approach it. 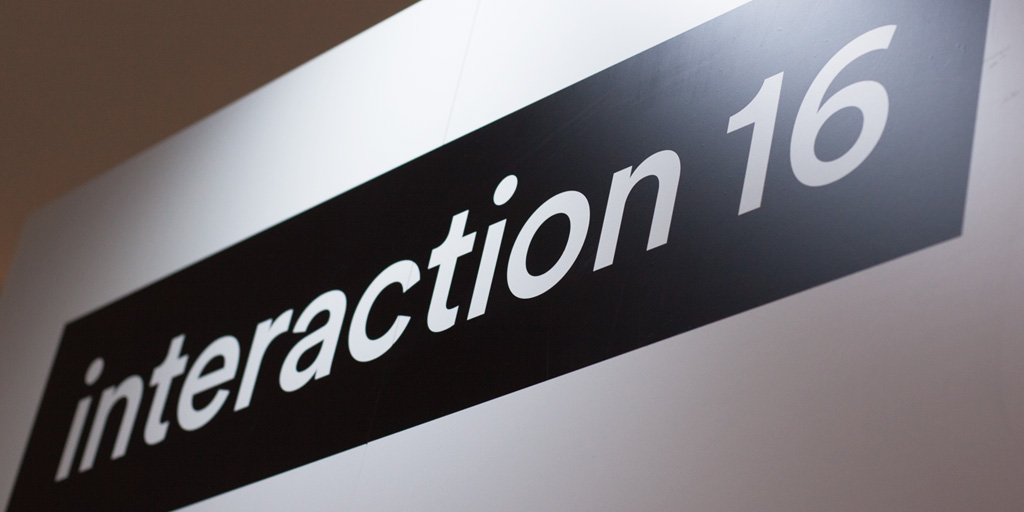 This is an opportunity for the global interaction design community to come together to share and reflect on our collective task: to harness technology to create meaningful experiences and interactions centered around people — not technology. Technology may be advancing rapidly, but there is time to pause before we head into the next iteration.

One point of discussion that keeps coming up is artificial intelligence, machine learning, and the intended and emergent outcomes of the complex systems we’re designing. A quote from Ahtisaari’s MIT team sets the tone:

“The final blow to the Enlightenment will come when we build into our machines the power to learn, adapt, create and evolve. In doing so, we will give them the power to surpass us, to shape the world and themselves in ways that we never could have imagined.

We have already given our institutions the ability to act on our behalf, and we are destined to have the same uneasy balance of power with our machines. We will make the same attempts to build in checks and balances, to keep their goals aligned with ours.

Ahtisaari suggested a shift in thinking  away from order and control, and toward embracing emergent behavior. In many cases, a user-centric approach can be too narrow. He proposes learning to co-design with machines, and notes how participatory systems are by nature chaotic.

He also introduced us to his current work with The Sync Project. It’s probably worth an entire post of its own, but the basic idea is using music as precision medicine. As he put it: to “map musical characteristics to biometric effects at scale.” 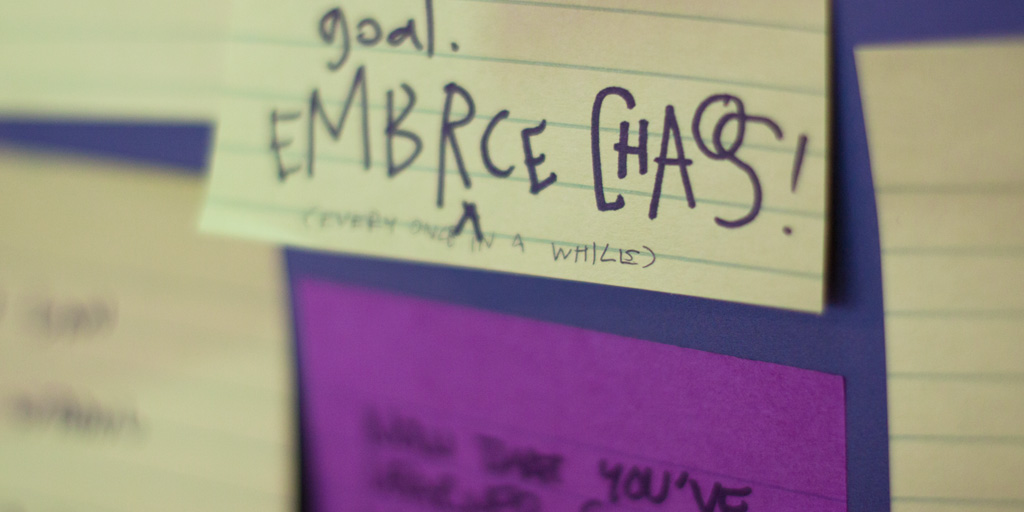 At What Scale Are We Designing?

During his talk, Steve Baty of Meld Studios highlighted the importance of designing at various scales, and making sure the team is aligned at the appropriate scale. Interaction design increases in focus from minute details and micro interactions, to individual activities and tasks, to groups and larger ecosystems, and even up to how those larger ecosystems interact with and affect each other.

At which scale should any given problem be solved? When you hear your team saying things like “let’s take a step back” or “that’s too high-level,” it indicates that scales are misaligned. 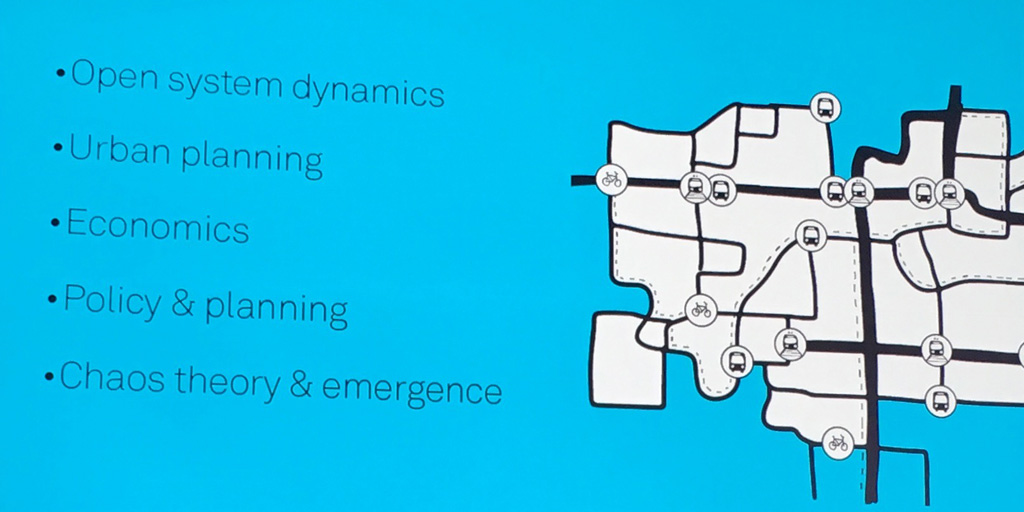 Designing for the Software Age

In his talk, ‘A Design Practice for the 21st Century,’ independent designer Matt Nish-Lapidus placed us squarely in the “Software Age.” He quotes Rowena Reed Kostellow:

“Our goal is the training of a designer so familiar with the principles of abstraction that he automatically thinks of a visual problem in terms of organized relationships and then feels free to study other aspects of the problem.”

She was of course referencing classic design foundations such as line, plane, volume, color — and principles such as unity, balance, hierarchy, scale, dominance, and contrast.

Nish-Lapidus proposes a new set of fundamentals that designers need to master for the Software Age:

AI and Designing for Agentive Technology

UX designer, Chris Noessel, explored a specific strain of AI he dubs “Agentive Technology.”  A subset of Narrow AI — machine intelligence that excels in one very specific area — Agentive Tech acts as an agent on a user’s behalf. A user is promoted from task-doer to a manager of task-doers.

Examples of this type of technology are emerging in a variety of sectors, and as they continue to do so, Noessel breaks down the interactions that should be considered when designing Agentive Tech: 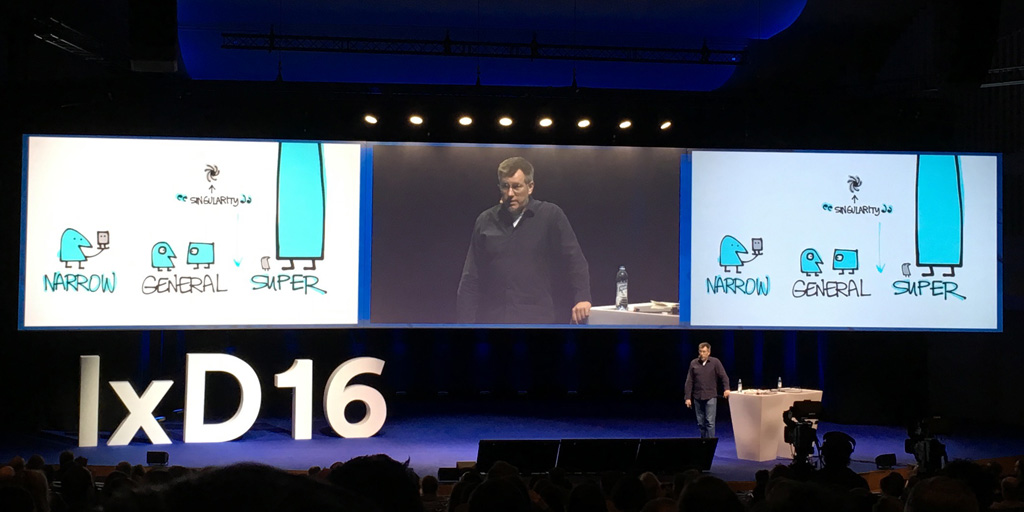 Kieran Evans and Jes Koepfler of EY-Intuitive made a case for “Shallow Interaction Patterns for Deeper Human Experiences” — designing software interactions that support real human interaction, rather than distract from it.

Their example case study was a social game called “Extreme Event” that teaches players about disaster resilience. By maintaining a shallow architecture, concise copy, contextual alerts, and applying an open/close metaphor rather than a deep, linear navigation, they’ve managed to create a tablet experience that supports collaborative real-life game play without sucking users in.

Finally, Alexandra Deschamps-Sonsino from Designswarm encouraged interaction designers to get more involved in product design, work with industrial designers, and make the IoT better. As someone who does exactly that, I wholeheartedly agree. 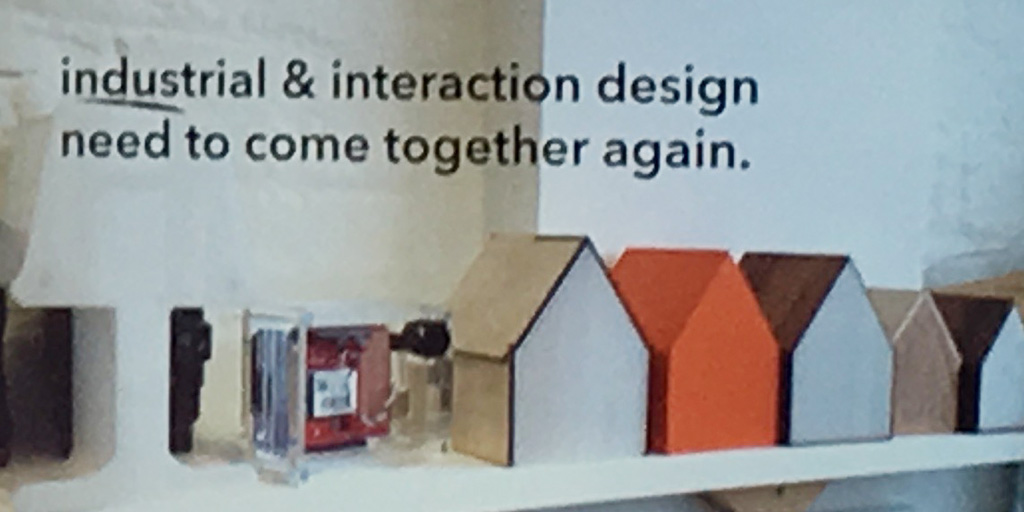 Upon arriving at Helsinki Airport, I retrieved my baggage and walked through the customs door labeled “Nothing to Declare.” That was it, there was nothing more to do.

But there would be a lot more to do at the conference. Check out my 2nd dispatch from Interaction 16, Part 2: What’s Next in Interaction Design.