High-value user research derives from going to the users, wherever they may be.

When you work with a wide variety of clients and products like we do, users are ALL over the place. The Bresslergroup research team (that’s us, below) loves being on the road and in the skies in the service of our clients, and we’re grateful for the amazing opportunities we have to travel the world and talk to the users of our clients’ products. 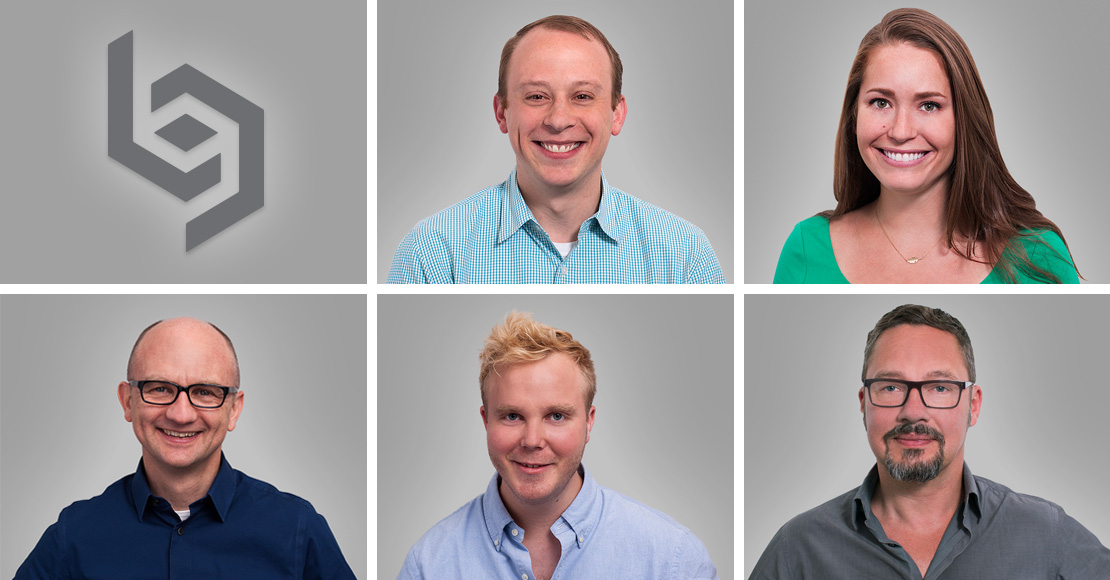 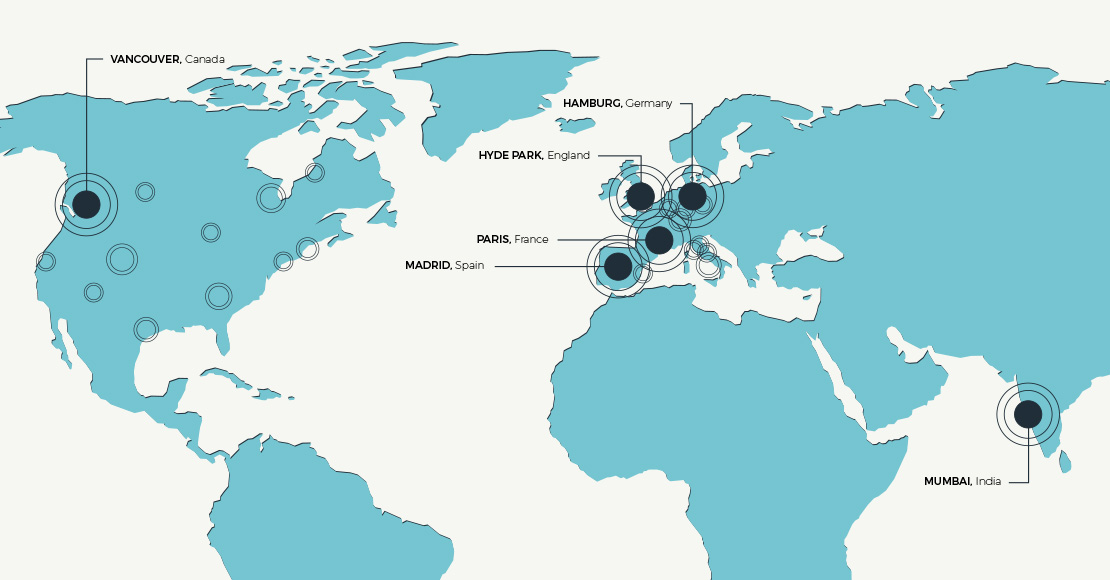 2016 saw our team in so many continents, countries, and cities that we launched a new series on our Instagram feed called “Where in the World Is User Research?” (If you fancy yourself a well-traveled individual, follow our Insta and see if you can identify some of the researchers’ favorite locations.)

As the year draws to a close, we decided to share some of our favorite “Where in the Worlds” from 2016 — these are spots we wandered into as we immersed ourselves in local culture at our various destinations: 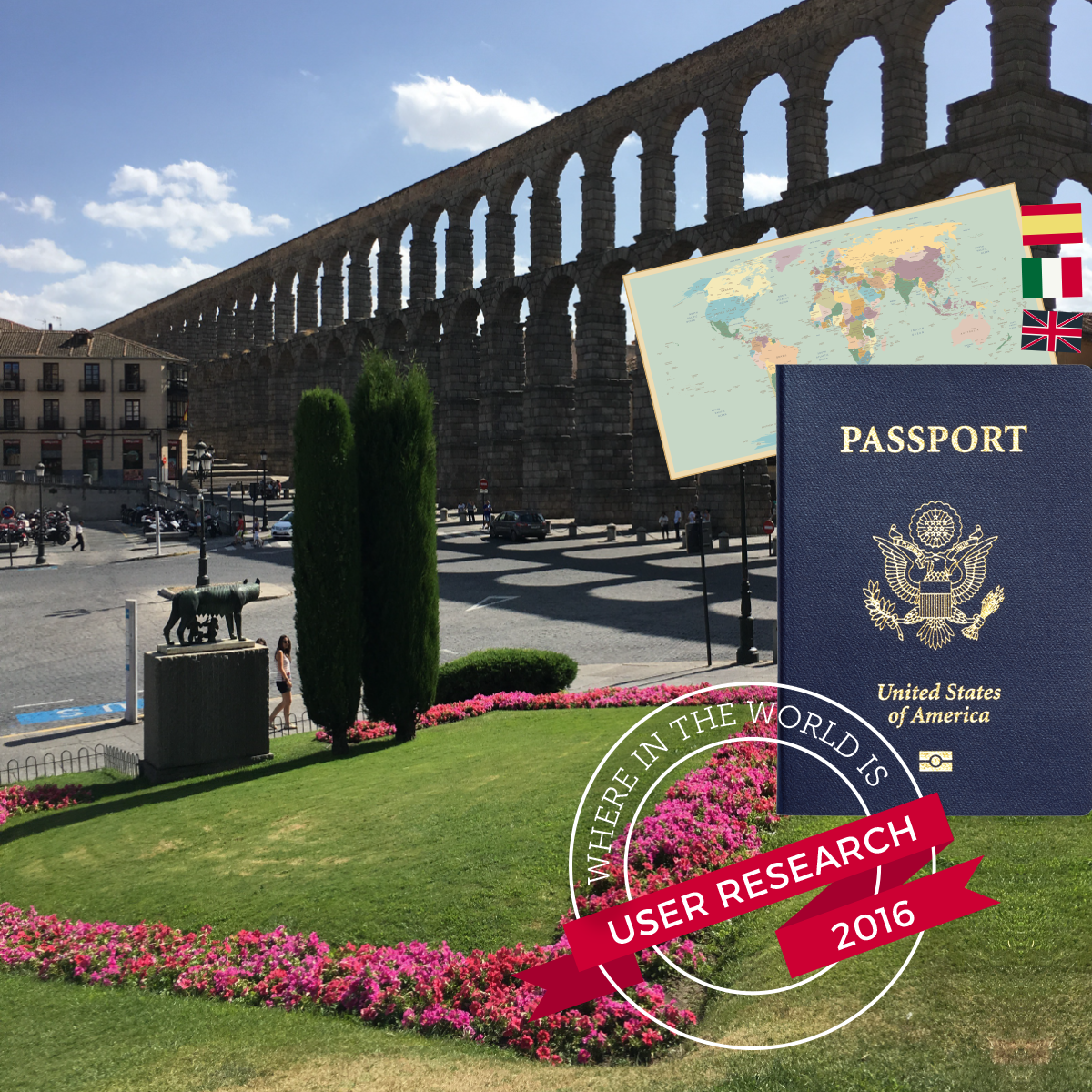 “Spain was already guaranteed to be great, thanks to great food, great music, and great wine. It rose to another level when I got a chance to read my book in the late afternoon in the shade of an aqueduct built in approximately 112 AD. Although not directly on the research itinerary, a little bit of TripAdvisor and a thirty-minute train ride is all it took to get from Central Madrid to this glorious little town of Segovia. Amazing things are often just around the corner, if you’re willing to step out of your hotel room for the afternoon.” 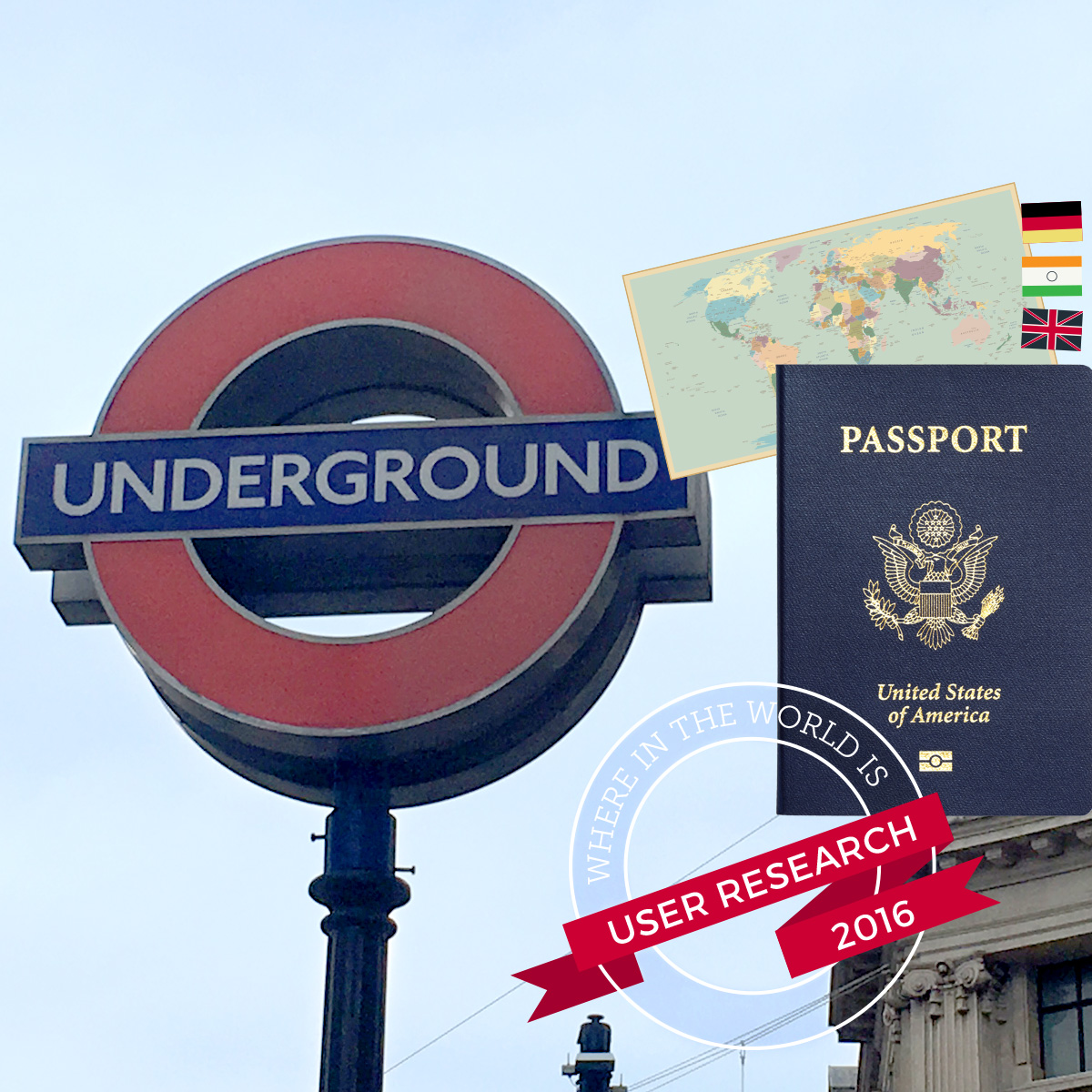 “We were doing a study regarding consumer products in Europe, and a few of our recruits in London canceled at the last minute. I spent half a day running after people in stores around the city, trying to recruit them. I took a minute to rest in Hyde Park. Sometimes for research you need to run a marathon!” 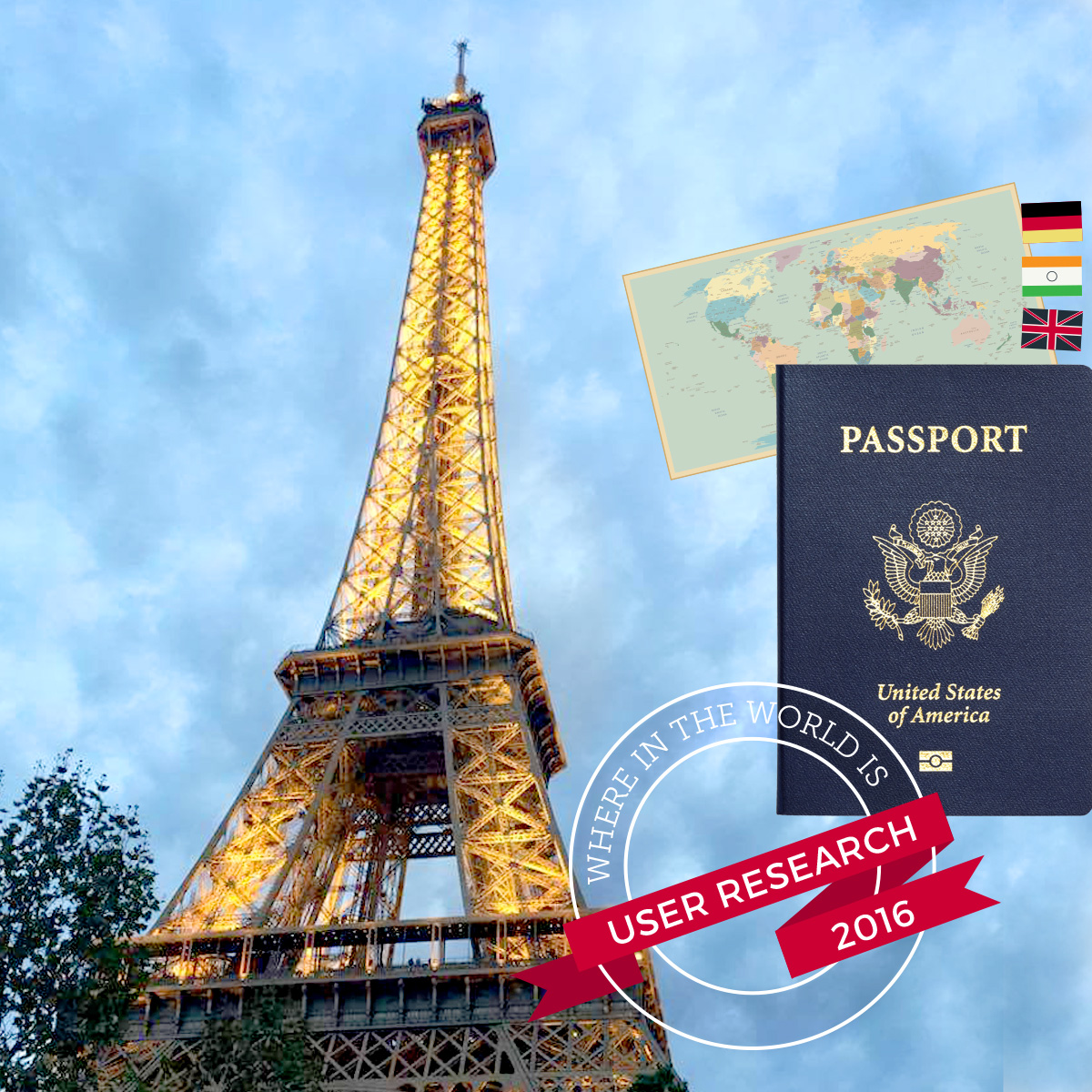 “I spent a delightful dinner in the 17th arrondissement in Paris at a small Algerian restaurant where the meaning of hospitality was really at the core of service.” 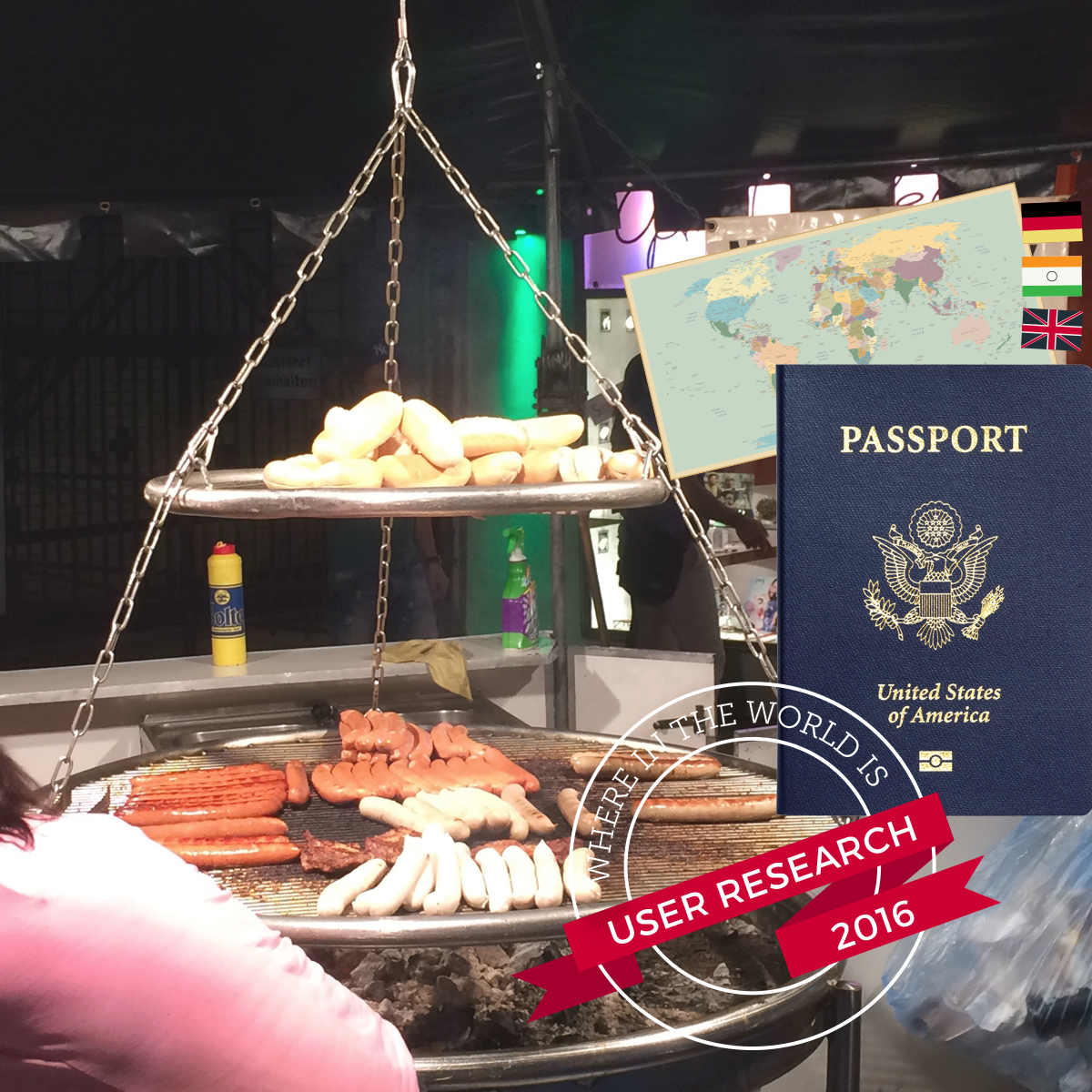 “This picture was taken at a street festival in Hamburg, Germany. An awesome German rock cover band was playing to a massive crowd; sausages were sizzling and Heineken was flowing. The best part of the night was when the band played their final song, ‘Wonderwall’ by Oasis, and the entire German crowd went wild and sang along to every word in English.” 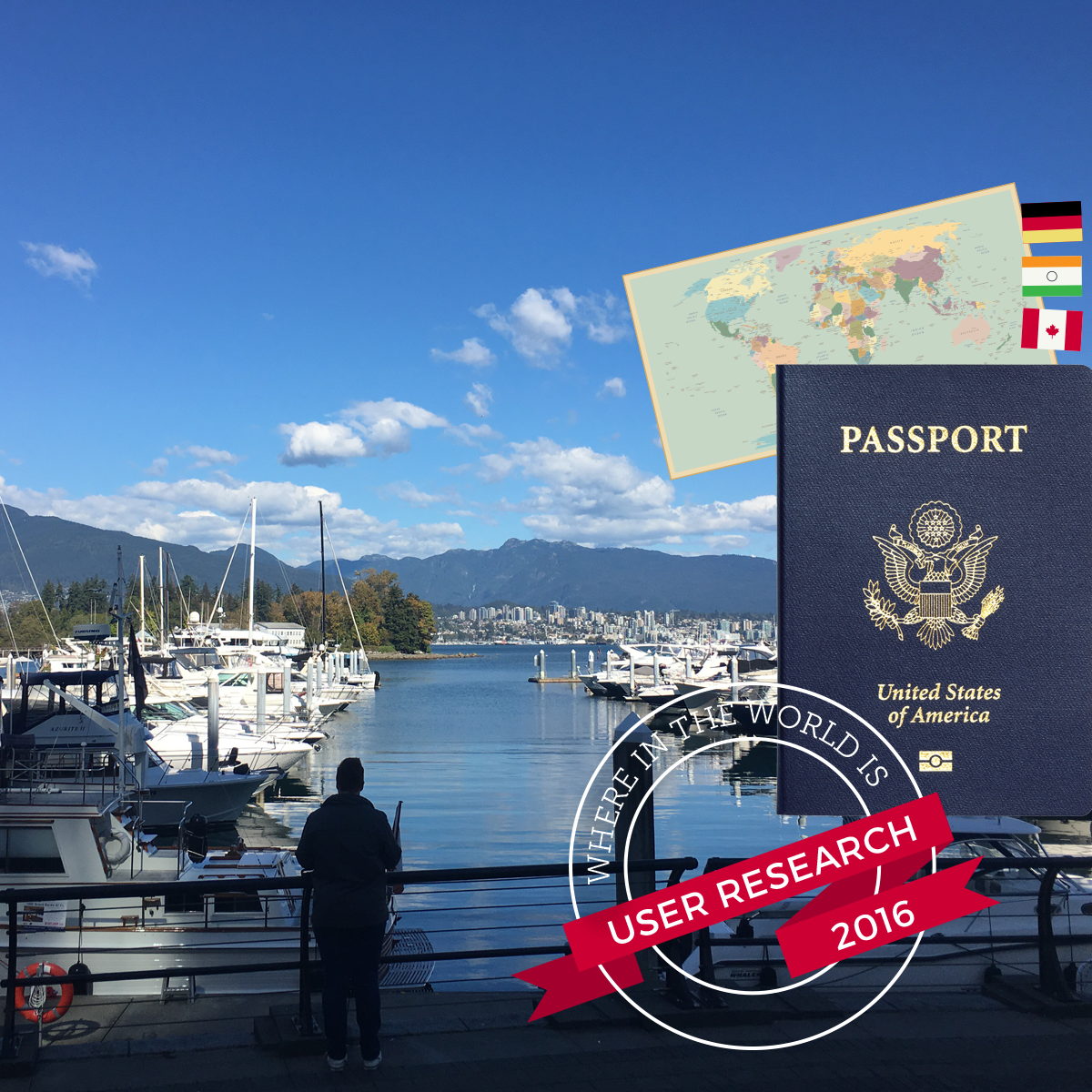 “This is in Vancouver. It’s always great to experience different cultures. This trip was the last stop in a tour of Canada. It was great to make it out to the west coast. The people were friendly, the seafood was on point, and the landscape was impressive.” 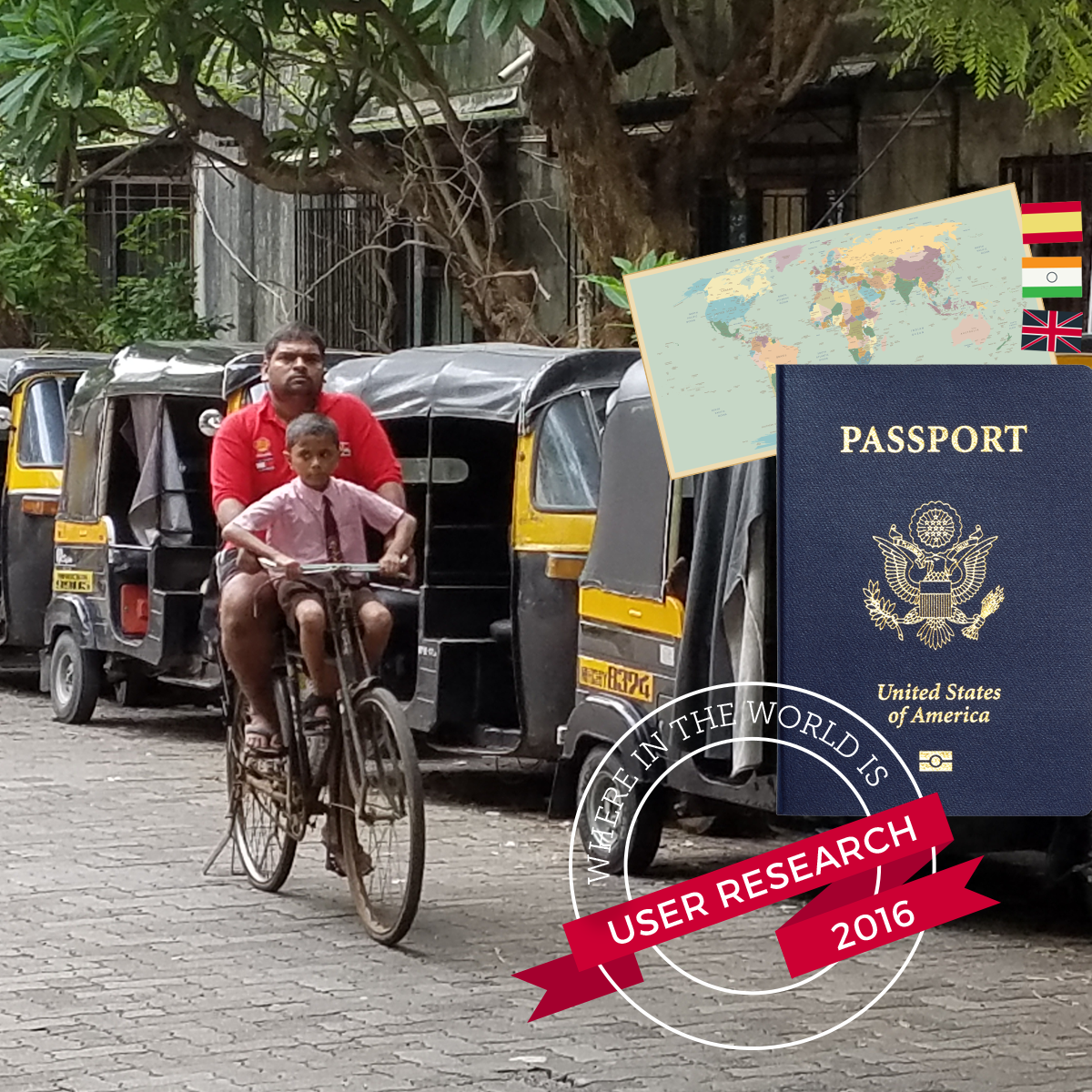 “I was in Mumbai with my colleague, David Schiff, doing ethnography research for a consumer product. The juxtapositions were what really stuck out to me — there was a pretty shocking adjacency of very wealthy and very poor, and an amazing mix of high/new tech and old/traditional. There was also crazy traffic and great food.”

Curious about Design Research? Find out exactly what we’re doing when we’re traveling the globe.